A couple weeks back when I had an appointment with my naturopath, she told me I needed to cut back on processed sugars. Cue sad face and disappointment in not being able to finish all my Halloween candy. I knew she was right and that it is bad for me and I was feeling worse because of all my sugar intake over prior week but I still didn't want to. She was nice and told me I only had to cut it back by 50% for now. After going home and staring longingly at my leftover KitKats, I resolved that I could and would do this. I gave away the candy and determined not to eat any more desserts/candy made with processed sugar. At least for now.The first few days were brutal and all I wanted was sugar! But after the first week, it improved. Life is feeling a bit more normal now.

As I have mentioned many many times, I have a lot of apples to use up. Still. But since they are mushy and not good for just eating, they really need to be put into baking. But baking uses sugar. And I can't have sugar. I was determined to find a recipe that didn't actually call for sugar and after searching Pinterest (got to love that Pinterest), I came across a clean eating apple pie recipe. The filling called for honey instead of sugar, which is totally acceptable. Here comes the reason for the semi in my title. I didn't make clean eating pie crust. I'm not brave enough to try it yet since I'm pretty sure I'll fail. So I stuck with a tried and true (with a few tweaks) recipe and made only the filling clean.

I used my Never Fail Crisco Pie Crust recipe but since shortening is so bad for you, I substituted it with margarine. And left out the sugar. And halved it. I'm not even going to post the recipe because it was so different by the end. So if you want to try this pie, just make whatever crust you want and copy the filling. Or use the crust recipe that is linked with the filling recipe.

The dough rolled out perfectly and was easy to work with. Which is always such an awesome feeling. Nothing worse than putting all that effort into a pie and having the dough fall apart in your hands. 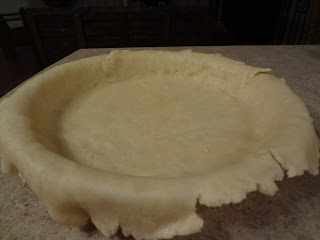 I forgot to take any pictures of the next step. I didn't realize it until the top crust was nicely on the pie and there was no way I was going to take it all apart just for a picture of cut up apples. I'm pretty sure you can imagine in your head what it looks like. I used this recipe from the blog The Gracious Pantry and it turned out really well.


I was really pleased with how it looked and tasted. I will most definitely be making this recipe again, although I might try putting a little less honey. I found the honey flavour competed with the apple flavour. But it definitely hit the spot and was somewhat healthy. 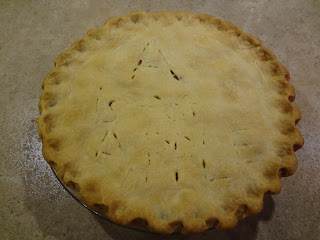 I might even try making a cleaner pie crust next time too! We shall see. 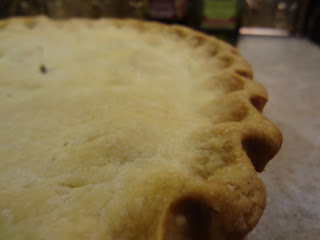