For the past couple weeks I have been craving a burger. A nice juicy burger with ketchup, tomato, lettuce and a nice soft bun. ::::drool:::: The only problem with this craving is that it started the day before I began my gluten-free journey. I really should have just gone out that night and found one but I didn't. So I spent days dreaming about a nice tasty burger and thinking I would never be able to have one again. At least not a good one, since I wouldn't be able to enjoy a nice fluffy bun full of gluten.

But lo and behold, I came across the perfect solution: The Works. The Works is a gourmet burger bistro chain and they had opened a franchise in our city a couple months back. One of my coworkers went there with her husband a month or two ago and she raved about it. When I took a look at the menu, I noticed they offered a gluten-free option. Hooray! I could finally get satisfy my burger craving!

I convinced Dan that we should probably go there to celebrate four years of wedded bliss. It didn't take much convincing, I mean, what man doesn't like burgers? Another bonus for our evening of celebrating was that Dan's grandmother had sent us a cheque in our anniversary card and it completely covered the meal. Sweet deal. 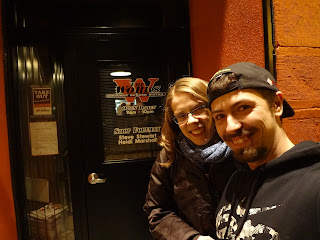 The place was crazy busy and we barely got a table. We snuck in at the perfect time since when we left there was a line up at the door. The atmosphere in the restaurant was awesome, casual and full of life. There were cool accessories that just made it so unique. 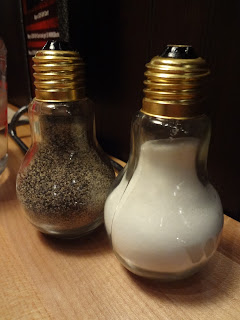 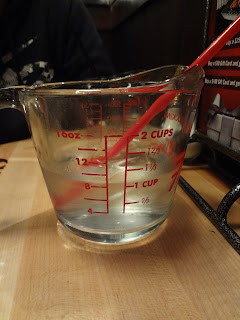 Dan ordered an appetizer of deep fried pickles and downed them all in record time. I couldn't have any because of the gluten thing but they looked and smelled really really good. He said they were amazing. 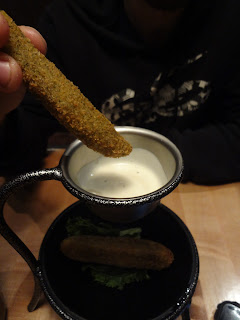 The only problem with the pickle appetizer is that it filled him up too much and he couldn't finish all of his supper. But I'm pretty sure he thought it was worth it. :P

There were about a million different options for burger toppings but I went with exactly what I had been craving: tomato, lettuce, ketchup and mustard. Nice and simple and so so tasty. And the bun was pretty decent too! Not the same as a normal bun but still satisfying. 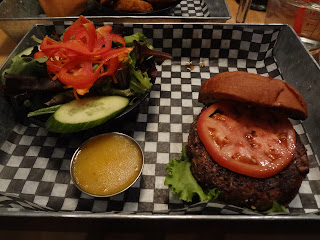 Dan was a bit braver than me and he ordered a burger with cheese, BBQ sauce, bacon and onions. Because he's a man. 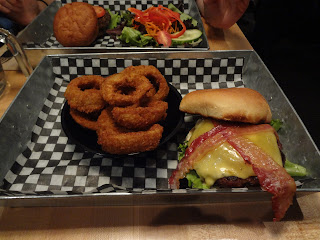 There you have it, our anniversary dinner and my burger craving satisfied all in one nice post. Do you want a burger now?