About a month ago I was sitting at work, going about my daily routine, when all of a sudden it hit me. The desire to clean out the storage room and get rid of a bunch of crap. We have so many boxes in there full of stuff we don't need and it was just getting messier by the minute. I NEEDED to clean it up. So, when I got home that night, I tackled it.

This is what it looked like when I started.

Sorry it's so small. I took three separate pictures and tried to combine them. Maybe that wasn't such a good idea. But hey, you get the point of it. It wasn't terribly messy but it needed help. And it was driving me insane. 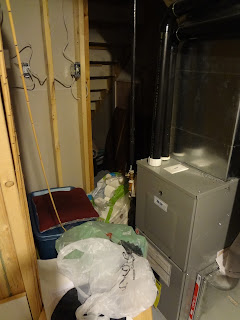 We have giant rubbermaid containers of super useless stuff like the following. 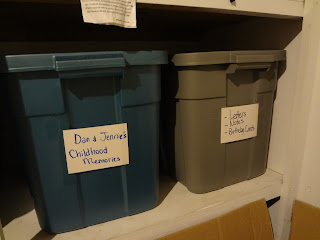 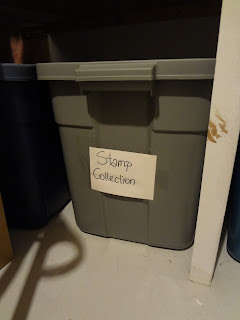 But, we kept all those things. I didn't even touch them since I knew it would start a heated discussion with Dan and I wasn't prepared for that. So these boxes just got moved around a bit and that was it.

It took me two evenings but I was pleased with the end results and my storage room looks way better. I even took the time to vacuum the floor and pick up random bits of garbage laying about. Although I had to ask Dan for help at this point to make sure I wasn't throwing out anything valuable or important. 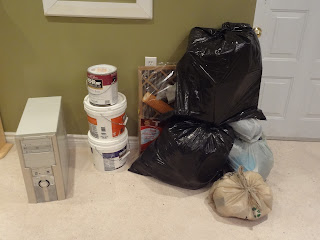 I also gave away a bunch of stuff. This box makes it look deceiving since you can't actually tell how big the box is. But believe me, it was a decent size. 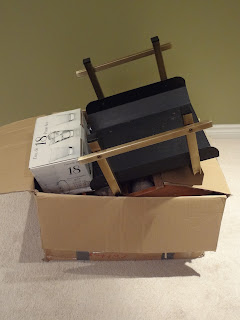 Dan tried to take another panoramic shot of the finished storage room but once again, it's almost too tiny to see. Oops.

Since you can't really see it, I'll just tell you. The room looks 100x better! It's so nice going in there now and having so much floor space and easily accessible boxes. And doesn't it look good? 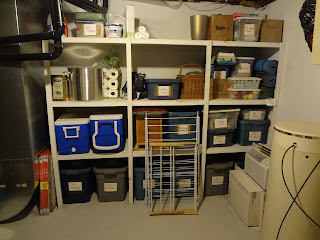