I don't remember exactly when it was that I started eating hummus. When I was younger I wouldn't touch the stuff. I mean come on, chickpeas? Gross. But in recent years I started picking up a small tub of it from the grocery store and eating it with cucumbers for a yummy snack at work. I did this for a while before someone suggested I make my own. I was scared to because I figured it would be time consuming and wouldn't turn out that tasty. So I procrastinated on trying it. Shocking right? I'm totally not a procrastinator. Kidding.

About a year ago, my sister Cora was down for a visit and I told her I wanted to try making hummus and asked if she would help me. She, of course, had already attempted homemade hummus and felt very confident moving forward and tweaking the recipe I had as she saw fit. Which was the perfect shove I needed to gain the confidence myself. That first batch was delicious and I thoroughly enjoyed it. But it took me a little while to try it again, this time on my own. But I eventually did and you know what? It tasted good too!

A couple months ago I then discovered another fabulous tidbit of information about hummus. You can freeze it! This news was music to my ears because every time I made a homemade batch, I could never finish it all before it went bad. But if I could freeze it in perfect portions to last me a week with my veggies, I was totally going to give it a try! So I did, and it worked. Thank you Lee for making my life easier.

So after that long intro about my background with hummus, I will now move on to giving you my recipe and pictures to keep you reading.

Blend chickpeas, garlic, salt, olive oil and lemon juice until desired consistency. Add more olive oil or salt until it looks and tastes like you want.

Pretty easy right? Exactly. I actually halved this recipe this time since I only had one can of chickpeas on hand. But now that you know about the freezing trick, making a full recipe is really no big deal. A half recipe makes about 2 1/2 cups of hummus. 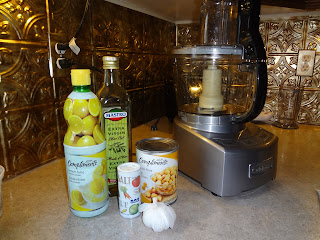 Once all your ingredients are assembled, open the chickpeas and rinse them under cold water. 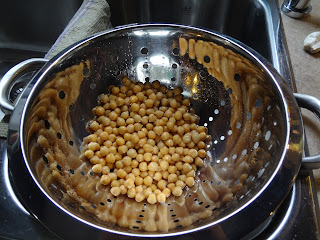 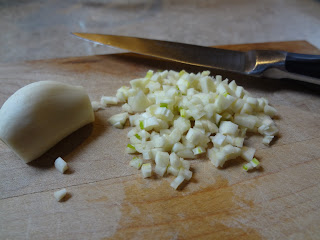 Then put all the ingredients into the food processor. 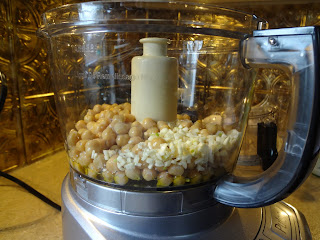 Blend until desired consistency. I usually add more salt and olive oil until it looks and tastes how I want it to. I then of course have to test it out with actual veggies. Cucumbers are my favourite hummus veggie. 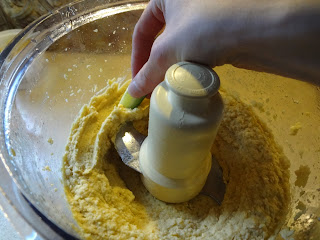 Once it was exactly how I wanted it, I split it evenly between three 1 cup containers. I froze two and kept one in the fridge for my snacks this week. 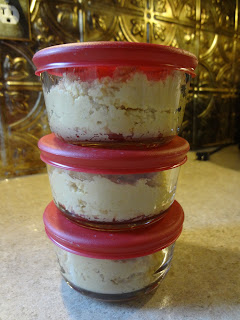 Now doesn't that look easy? I think the hardest part is having t0 wash the food processor at the end. But even that takes no time at all. Now go try it yourself!

I realize that there are many different recipes and variations to making hummus and I would love to hear if you have a favourite. I'm always looking to shake things up and add more flavour to my recipes.