I know that when I wrote about our Valentine's Day last week, I promised to write up another post on the gift I made for Dan. I think I even said it would be up later that week. Oops. Hopefully you aren't all dying of impatience and will be able to forgive me.

About a year ago, I pinned this idea of making a date jar onto Pinterest. It looked cute and affordable but I never got around to making it. I think that's the way it is with a lot of Pinterest ideas. Well this year, I decided that I would make it for Dan for Valentine's Day.

So I picked up my supplies. Popsicle sticks, paint and some ribbon. I had an extra jar at home, as well as some paint brushes. 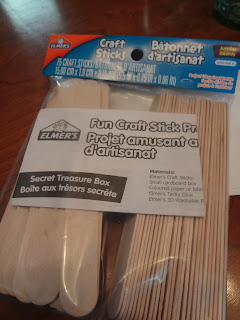 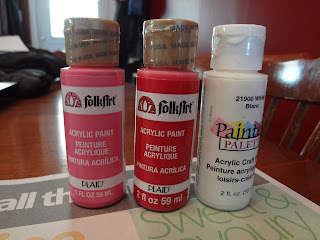 I had come up with a list of 35 different date ideas, broken down into categories. So I had to paint 35 popsicle sticks. Which is way more time consuming and tedious than you would think. 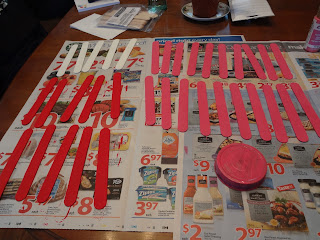 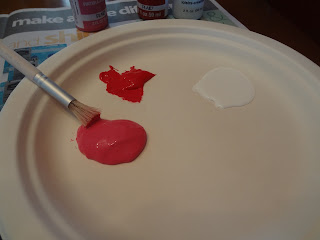 I finally finished painting them all and took a break while I got the cramp out of my hand. Dan did see me painting them since I couldn't find any time to do it when he wasn't around, but he had no idea what I could possibly be making. I told him it was a going to be a picture frame. :P

The next step of the project was done when he was gone, since it was a little more obvious as to what I was doing now. I had to write down each date on each stick. 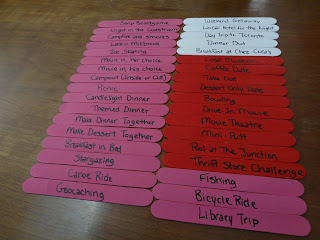 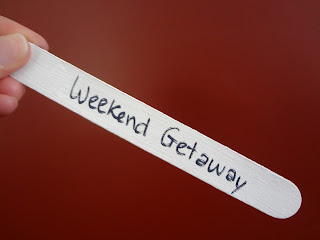 Red = Some $$$ but more spontaneous 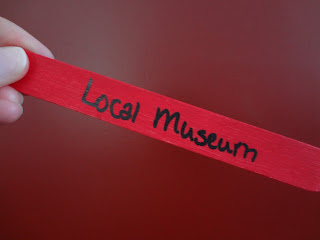 Pink = At home or cheap 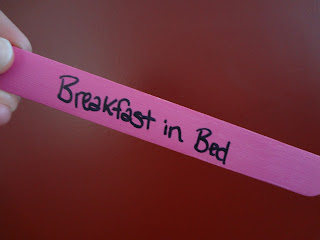 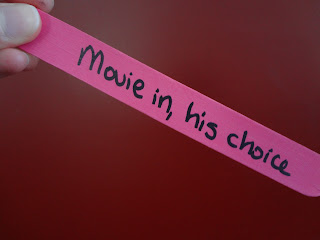 Once all the sticks were ready, I put them in the jar and tied some ribbons and put a tag on it. 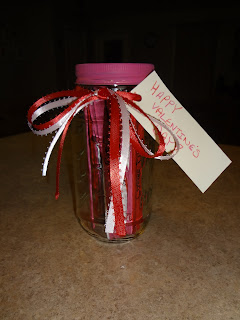 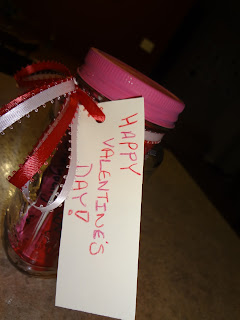 The legend for the different colour categories is on the back of the tag but I forgot to take a picture of it. I gave it to Dan like this, but I might take it back and add some cute paper around the jar. I don't like that he can see the dates ahead of time, it's supposed to be a surprise.

So there you have it, my Valentine's Day gift I made for Dan. We haven't used the jar yet but I'm hoping to in the next couple of weeks.
Posted by Jenn0021 at Monday, February 25, 2013