In case you haven't heard of dog shaming before, check out this tumblr site for some laughs and to give you an idea of how popular this actually is. ----> As in, we didn't make it up.

I got home from work on Friday and was met at the door by Dan. Mia was locked in the sunroom and Dan didn't look happy at all. I immediately knew that Mia had done something bad but I wasn't prepared for what it actually was.

Remember back in November when I posted about attending my very first book signing? Remember how excited I was to meet John and Sherry from Young House Love? How excited I was to have a signed book? How we drove 2 hours to get there and then waited 3 hours in line? Remember that book? Let's look back shall we.


Ah, such good memories. Such a beautiful book it was.
Yes, I said was. 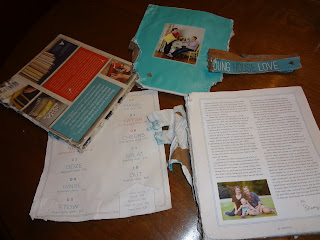 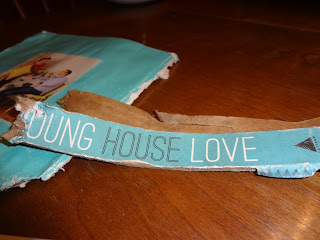 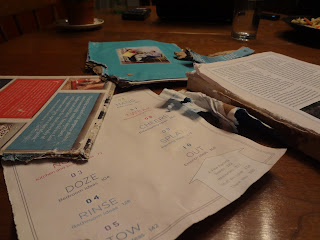 Can you believe she did that? Does she not realize how precious this book was to me? I was so mad.

My first reaction was shock. Then anger. Then an overwhelming sadness. This book was one of a kind and had meaning to me. Yes, I can technically replace it but this one was signed by John and Sherry themselves. I had met them, talked to them and they had signed THIS book.

I called my mom and offered her a free black lab, full bag of food included. She said no, so instead I just vented away at how mad I was at Mia. Once some of the anger and sadness faded away, we decided to put a little bit of humour into a crappy situation. We decided to dog shame Mia.

At least she looks guilty.

Since we're on the subject of ruined books and dog shaming, I'll share the other thing she did at the same time. I guess it was a two for one deal on book shredding.

Dan and I had just finished making a photo book of our home projects. We had received a $20 gift certificate to MyPublisher so we made up a book and were excited to show it off to friends and family when they stopped by for a visit. We thought it would be nice to have a book of our projects to just flip through instead of wandering around the whole house.

We had it for less than a week. 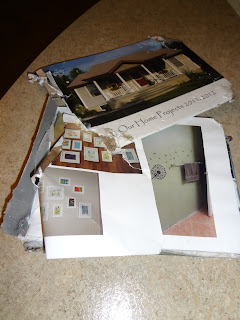 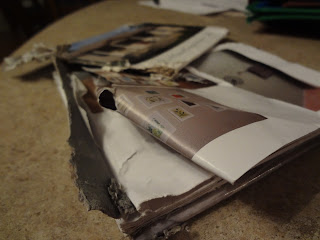 So we dog shamed her again.

And here's a bonus dog shaming. I think we're going to make a habit out of this. :P

Sometimes I don't like being a dog owner. Mia has ruined so many things and it makes me so sad to think of them all. But honestly, I think that her destroying my Young House Love book made me the saddest. My heart just sank when I saw it lying there on the table.