While we were on a building spree, we decided to tear down and rebuild the hen house for our little brood of 12 hens. The initial hen house was already there when we bought our house and we just moved our chicks/hens into there. But over time, we realized it wasn't that well built and it was horribly set up. In order to collect the eggs, feed the hens or clean out the coop, you had to basically crawl into it and be hunched over the whole time. Not ideal.

Here is a before shot of the hen house that was taken last spring. 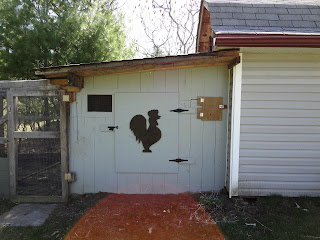 It was cute but wasn't working for us. So project "tear down the hen house" began. 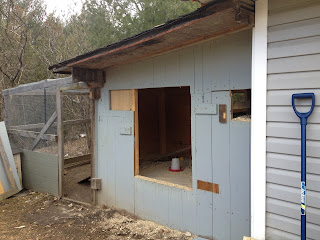 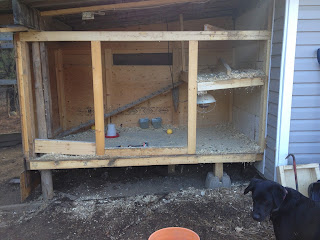 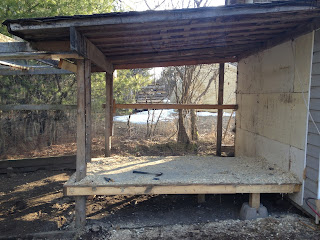 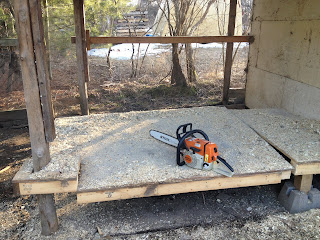 I'm pretty impressed with his skills of taking apart the hen house. I would have had no idea where to start and probably would have ended up getting myself killed.  Or at least injured.

To take down the super duper heavy roof, he knotched out the poles and then pulled it down using his truck. Smart guy, eh? 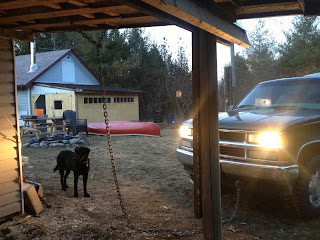 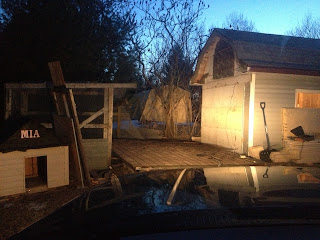 Once it was down, he then chopped it up into smaller pieces and we loaded it into his truck and took it to the dump. 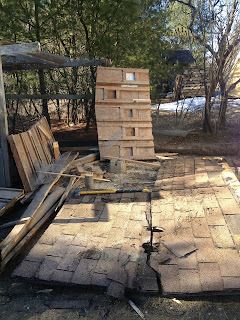 Here he is, posing with his handiwork. 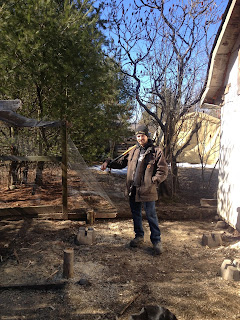 And there you have part 1 of the hen house rebuild. We were left with a nice clean slate to work with. 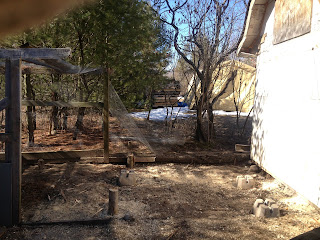 Stay tuned for part 2 next week where I will post about it going back up, only bigger and better!
Posted by Jenn0021 at Thursday, April 25, 2013