You know how sometimes you are excited to try a new recipe and then it doesn't turn out quite as good as you had hoped it would? This is one of those recipes.

But after saying that, I'm not ready to give up on it entirely. I think that it just needs some tweaking and maybe it would taste a little more flavourful.

As most of you know by now, one of my 13 Goals for 2013 was to try 10 new recipes this year. I've actually probably already tried ten new recipes but I haven't documented them or blogged about them, so we won't count those.

Pinterest gave me this recipe for Gingered Beef and Vegetables and it looked simple and tasty. Plus, it was a crockpot meal and we all know how wonderful it is it put some ingredients into a crockpot and come home at the end of the day to supper. So I thought it was worth a shot. 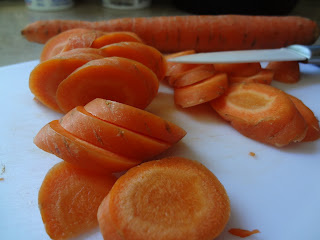 Not to mention, it called for beef and I have my fair share of beef to use up. I got to work assembling my ingredients and dumped them all into my handy dandy crockpot. 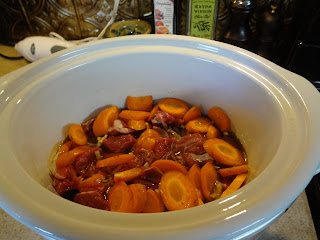 I turned it to low and headed off to work. Easy peasy.

When I got home, I added the cornstarch, red peppers and peas (I used normal peas instead of sugar snap peas) and watched as it turned into a nice looking meal. It smelled pretty good too and I was getting excited to eat it. 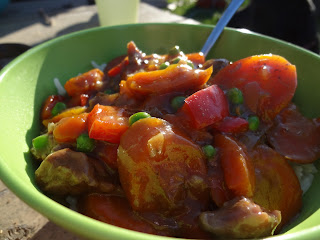 But eating it was the disappointing part. It was pretty bland. I don't know why since I followed the directions of the recipe, but there just wasn't that pop of flavour that I was expecting with something that had "gingered" in the title.

The best part of the meal though was getting to eat it outside in the sunshine. Got to love spring! 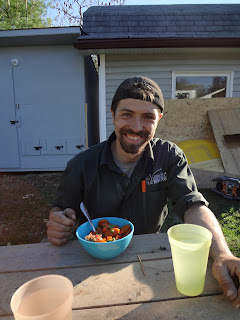 So it wasn't a complete failure but I was disappointed with it. I might try it again and add more ginger and other spices. Any suggestions? Have you ever been excited to try a new recipe and then ended up being disappointed with it? Did you try improving it or just gave up and tossed the recipe?
Posted by Jenn0021 at Thursday, May 16, 2013