I saw an idea on Pinterest some time last year about doing a gutter garden. Basically, you just take a rain gutter, drill holes in the bottom, attach it to a wall, fill it with dirt and plant stuff in it. I liked that idea for a few reasons: it would save space in my garden, it would put it closer to my house and it would look pretty.

So I decided to give it a shot this year and plant some herbs in a gutter garden. If it doesn't work out, then I might try lettuce or something similar to that next year. But everything is worth a try once right?

We chose the side of our garage as our gutter herb garden location, seeing as it got a lot of sun and was close to the house for easy picking. 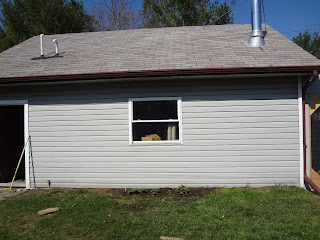 We chose a brown gutter since we thought that would look the nicest filled with dirt and would blend in well with the grey of the garage. We purchase all our supplies at Home Depot, which included the gutter, end caps and hanging brackets. 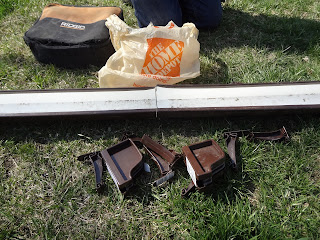 Dan then cut our gutter in two, so that we could have two shorter ones on each side of the window. 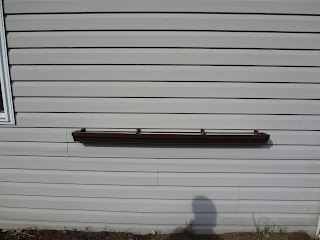 Then we drilled holes in the bottom to allow for drainage. 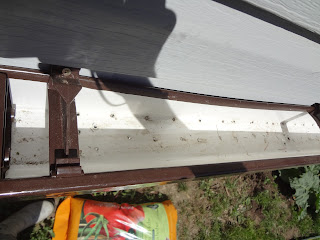 Once that part was done, we filled them nice and evenly with dirt. Then came the planting part! We chose to go with seeds, even though we know we won't be getting any use out of them for a while. I may still go to the farmer's market and buy a couple plants to throw in there, just so we can get some immediate satisfaction. 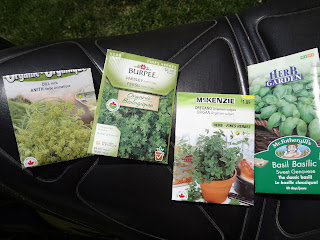 I then wrote on some thick popsicle sticks so we would have an idea of what was growing where. 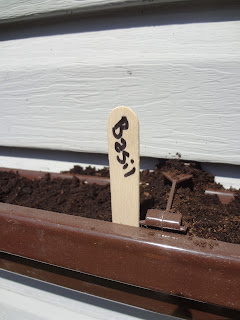 I think it looks pretty good, don't you? 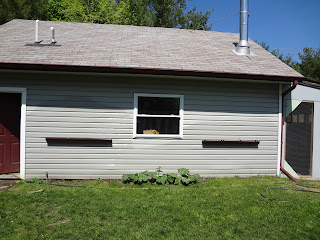 I can't wait for stuff to start growing and there be some more greenery alongside the garage. 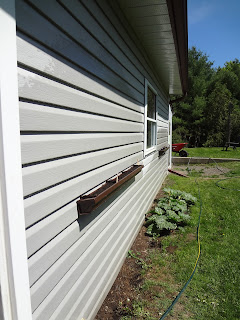