***Sorry to those of you who were looking for a post from me on Friday. It was a crazy day and I just didn't get around to posting, so I apologize. But Thursday's post had such a good response, that I figured I could get away with a holiday, right?***

Lately I have been really slacking in the snack department. And when I say slacking, I mean I have been making bad snack choices, such as chips and marshmallows. Seriously, I don't even want to tell you how many bags of chips I ate devoured in the past few weeks.

It was high time I buckled down and made a snacking plan of attack. So I spent half of Saturday in the kitchen, whipping up a bunch of goodies for me to eat.

From 12:30-6:30pm I slaved away in the kitchen, all for the sake of my health. I made banana bread, pumpkin muffins, morning glory muffins, spaghetti sauce, granola, hummus and peanut butter banana bites.

I found some of my recipes on Pinterest, other ones I just used old faithful recipes that I've had forever.

I must say though, I was slightly disappointed in the banana bread. Not that it's gross, it's just not banana-y enough for me. It's yummy in its own way but doesn't have that burst of banana flavour I was looking for. I guess I'll have to keep trying new recipes until I find one I love 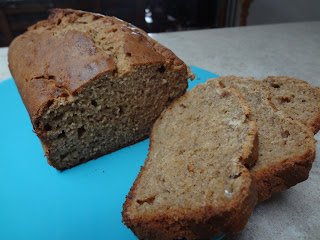 I was really impressed with how my pumpkin muffins turned out though, because I used a normal gluten filled recipe but adjusted the amounts to use gluten-free flours. It's always a gamble when you do that but they turned out great! 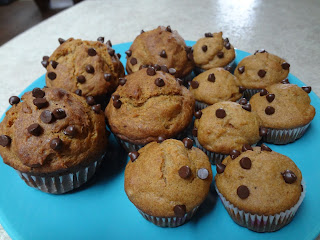 The texture of them is basically normal and they taste amazing. I may have eaten a few too many of the mini muffins. I also made a little loaf and giant muffin, since I had already greased the loaf pan for the banana bread but didn't use it. 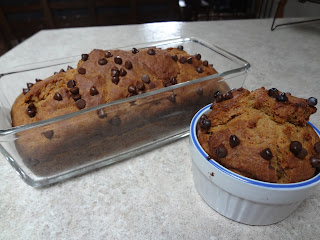 The morning glory muffins are for Dan, so they are just a normal recipe using normal flour. Since I have a ton of white and whole wheat flour left over, I don't waste my expensive GF flours on him. And for those who are wondering, I made these last so there was no cross contamination going on. 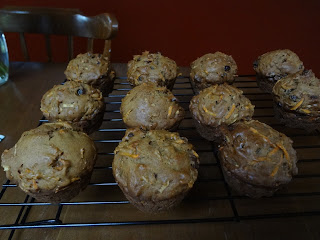 For the granola, I used special gluten-free oats and Earth Balance Buttery Spread instead of butter. It still turned out amazing and I have been enjoying it by the handful or with some GF rice krispies. 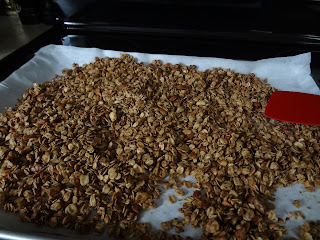 I made up some hummus to freeze as well, to keep me well stocked during the weeks ahead. 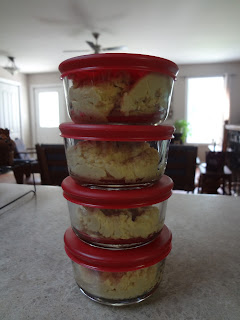 And last but not least, peanut butter banana bites! This is the treat recipe I made, but I like to pretend they are still somewhat healthy since they have peanut butter and banana. 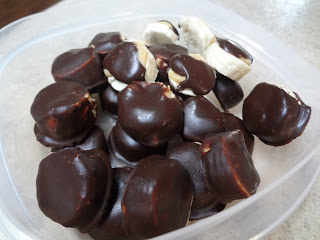 They don't look as nice as the ones on the original blog but they sure do taste good. I also ran out of chocolate so a couple of them just have a little dollop of chocolate on top instead of coated in it. Still tasty though.

That concludes my kitchen party. It was exhausting but fulfilling and I'm definitely appreciating all the snacks this week. As I type this, I'm munching on some granola.
Posted by Jenn0021 at Monday, June 10, 2013