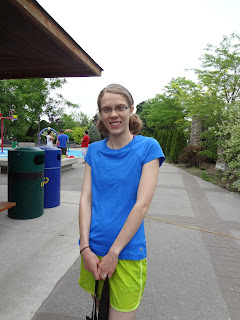 As most of you probably remember, I started the Couch to 5K program back at the beginning of April and hoped to be done the program by the end of May. I signed up for a local 5K run in the hopes that it would motivate me to keep going when I felt like quitting.

Well, thanks to my shin splints, I had to take a three week running break and then I really struggled with getting back into the swing of things. So much so, that I was actually terrified for June 1st to arrive and with it my 5K run I had signed up for. 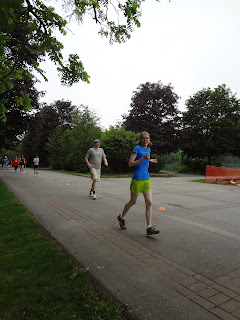 But I knew that I had to at least try and run it. I had told enough people about it that I couldn't back out, and I knew that it would be a good experience. So I woke up bright and early Saturday morning, ate breakfast, and headed off to my run. 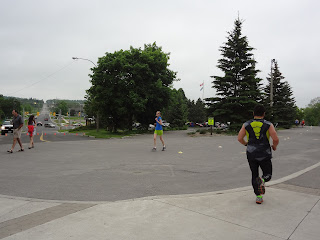 I am so proud of myself for going and finishing it! I ran the whole thing in 41 minutes and only had to take three small walking breaks. Which is WAY better than I thought I would do. 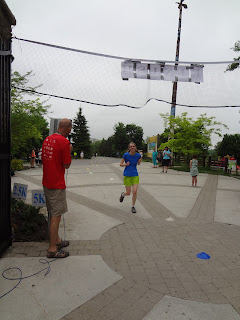 I felt so good after the run (well not immediately after) and am feeling motivated to keep at this new form of exercise I have chosen. While I came in almost last, I still finished the whole thing. I got up off my couch, put on my running shoes, and slowly but surely ran 5K. 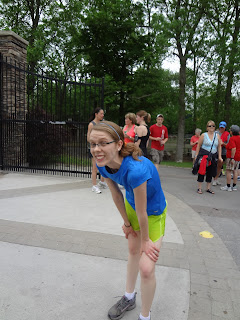 Dan was an awesome support and situated himself at random points in the course to cheer me on and take pictures. He definitely wins #1 husband award. 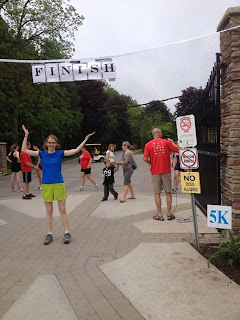 I'm totally sore today and feeling the effects of pushing myself too hard, but I'm also feeling inspired and motivated to keep at it. Today will be day one of starting the C25K program over again and I hope to train well over the summer, improving my endurance and speed. Oh, and I've already started researching 5K runs to do this September and have been working on recruiting friends to do it with me. Anyone want to join me?
Posted by Jenn0021 at Monday, June 03, 2013