After my not so successful lentil dish last week, I thought it would do me good to try another new recipe and hopefully one that would turn out a little better.

I chose this simple Turkey Spinach Basil Frittata for One from Gabby's Gluten-Free and whipped it up for lunch earlier this week. I must say, it turned out better than the curried lentils did. 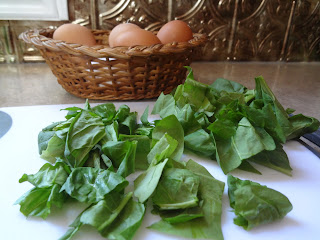 I didn't put any turkey in it, or any kind of meat actually, because I didn't have any. I figured it would still taste good though, despite the lack of meat. 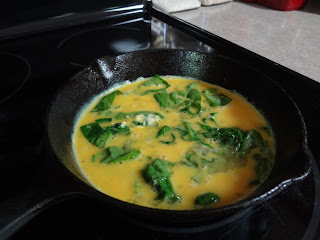 I loved being able to use up our fresh eggs and veggies too. The only thing not ours was the spinach. 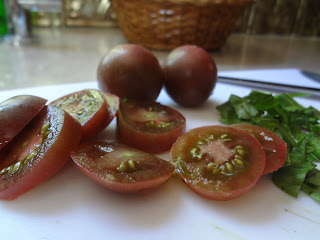 One of the best parts of this frittata, is how easy it is! You just mix together some eggs and spinach, let is sit, throw it in the oven and voila! Look at the fancy dish that was created in less than 10 minutes! 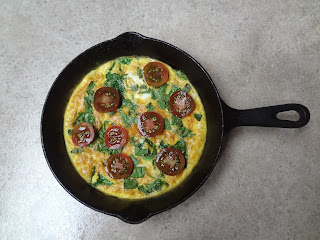 It tasted pretty good too, which was a definite bonus. My only complaint was that my tummy is too small to eat three whole eggs so I got full before the end of it. But it was a nice satisfying lunch. 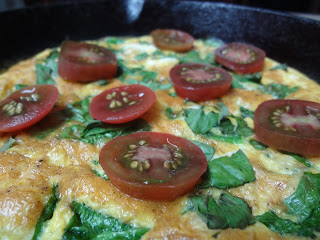 I even made one up for Dan a couple days later, adding bacon to his, and he said it was really good. If you like eggs, give this recipe a try, it's worth it.
Posted by Jenn0021 at Friday, August 30, 2013