When planning my friend's wedding shower, the theme of "tea party" kept coming back to the forefront. It just seemed like it could be so much fun to do and we had access to so many pretty tea cups. And so it was decided on, a tea party wedding shower. 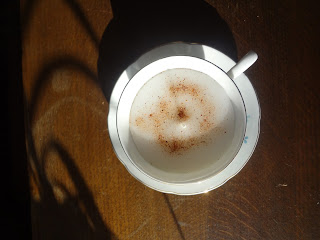 My good friend Vicky then suggested a fabulous idea for the favours/prizes that she had seen on Pinterest. And we all know how much I love a good Pinterest craft. Plus, she offered to help me make said Pinterest craft so I was totally sold.

Are you just dying to know what we made? Well, the above picture was a pretty good hint. We made tea cup candles!

First, we put the wicks in the tea cups and kept them in place using elastic bands. 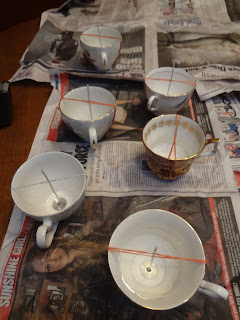 Then we cut the huge hunk of wax up into smaller pieces that were more manageable to grate. 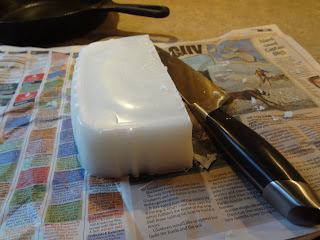 Which led to grating it so that it was easier to melt. 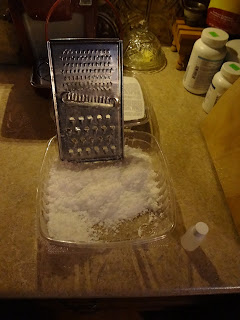 To melt it, we put all the wax shavings into an old coffee can and then put the coffee can in a pot of boiling water. It worked really well and melted pretty fast. 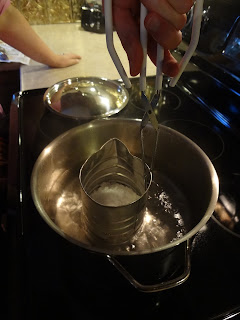 Once it was all melted, we added a little bit of vanilla scent and then poured it into the waiting tea cups. 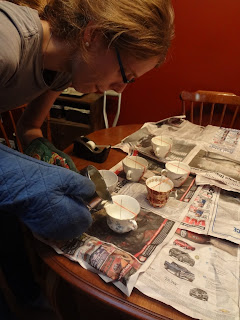 Once the wax started to cool a bit in the cups, we then sprinkled nutmeg on top to give it that extra touch. 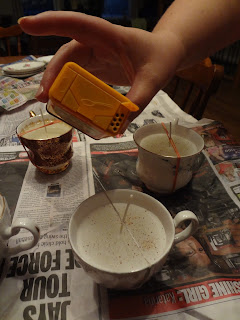 And then we were done! Vicky and I happily posed beside our finished tea cups and then headed our separate ways. 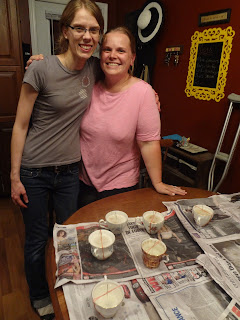 Except they weren't really done. When Dan and I woke up the next morning, the wax had settled funny and there were holes in it. So we melted the rest of the wax and put another layer on top. But it was totally worth it, since they now look fantastic. 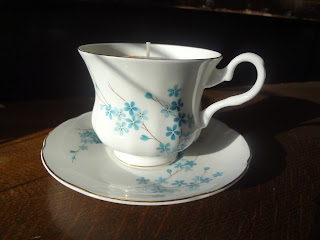 They were a big hit at the party and everyone was amazed at my craftiness. Good thing I have Pinterest. 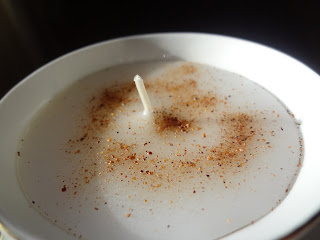 It was actually a lot of fun, even if it was slightly time consuming. And expensive. I didn't have the time or energy (remember I was still mostly on crutches at this point) to price compare and clip coupons so I just bought everything full price from the first store I found it in. Oh well, they turned out so pretty it was worth it. 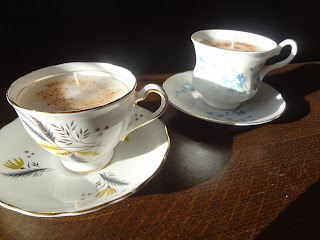