I've been meaning to make my own laundry soap for a while now. Proof, just read this post about my 12 Goals for 2012 and you'll see that #10 is "make my own cleaning supplies". But I never got around to making any cleaning supplies in 2012 and so I put it on my list of 13 Goals for 2013. And then I procrastinated for months and months and now that it's finally the middle of September and I realize that I'm quickly running out of time to complete my goals, I decided it was time to make some laundry soap. 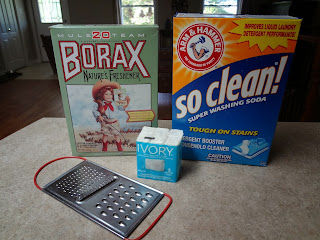 I won't even tell you how long I've had the ingredients sitting in my cupboard waiting to be used. It's embarrassing. 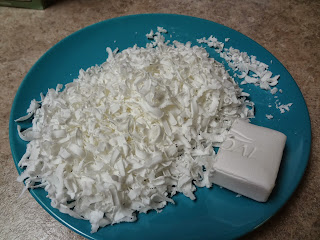 I used this recipe from DIY Natural because it looked simple and had good reviews. 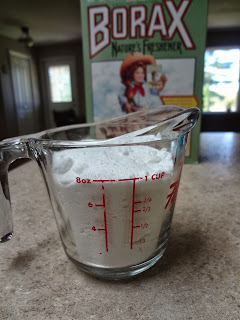 And simple it was. One cup of Borax, one cup of washing soda, 1 1/2 bars of Ivory soap (depending on size) and you just shake it all up until it looks like this. 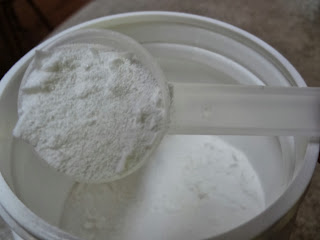 Pretty easy, eh? I thought so.

Except I thought that my container needed a little sprucing up since it was just boring and blah. So I used some of my creativity and made a cute little sign to go on it. 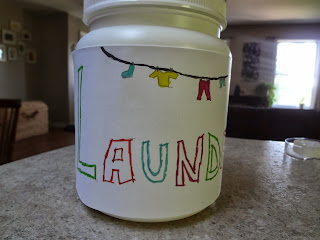 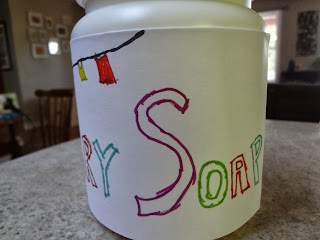 But I didn't think ahead enough to take a picture of it before putting it on the container. Or making the writing smaller so you can see it all. Oh well, you get the idea.