Today marks the last post in my What's Growing Wednesday series. I've decided that now that September is over, I probably don't need to do weekly posts on how my garden is doing. But don't worry, I'll update you at least once or twice on the final numbers of produce stored away for the winter and how the garden is looking once everything is harvested.

For now though, it's looking bare. 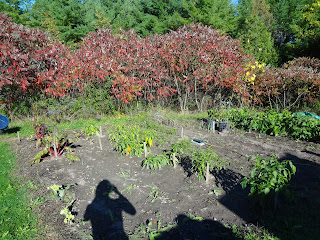 We pulled up the all the tomato plants but one and a whole row of beans that had stopped producing. We also took down the pea fence, since the peas have been done for a few weeks now. 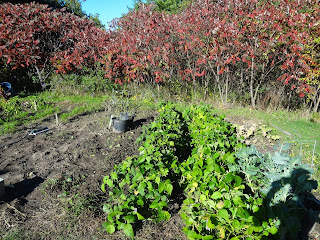 The cucumbers and beets will probably be harvested this week, leaving even less in the garden.

But we will still have one tomato plant, two rows of beans, broccoli (sort of), carrots, peppers and swiss chard. And the reason why I only say sort of broccoli, is because this is all we got from our plants. 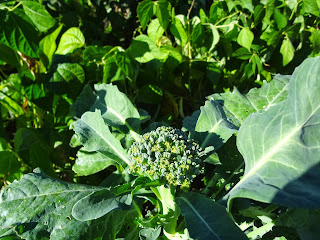 I'm disappointed in our broccoli again. Last year we got enough to put into one stir-fry and this year we'll have enough to mix with a tiny bowl of pasta. I'm pretty sure we won't be wasting space in our garden growing it next year. It's cheap enough during the winter months, I'll just buy it fresh.

Even though our garden is winding down, I'm still getting a small basket of produce each time I go out. Although I am going out less regularly, only every couple of days. 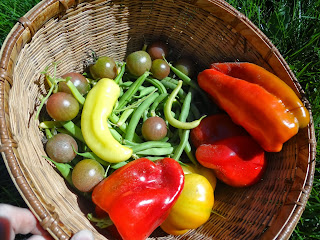 So there it is, my last post. I hope you enjoyed reading this series as much as I enjoyed writing it. Until next year!

Psst, don't forget that I will be starting up a new series in October. And to give you a hint, it involves money!
Posted by Jenn0021 at Wednesday, September 25, 2013