A New Frame for the Gallery Wall

I got a very special gift this year for Christmas from my sister Cora. It totally made me cry when I opened it but I love it and wanted to share it with you all. 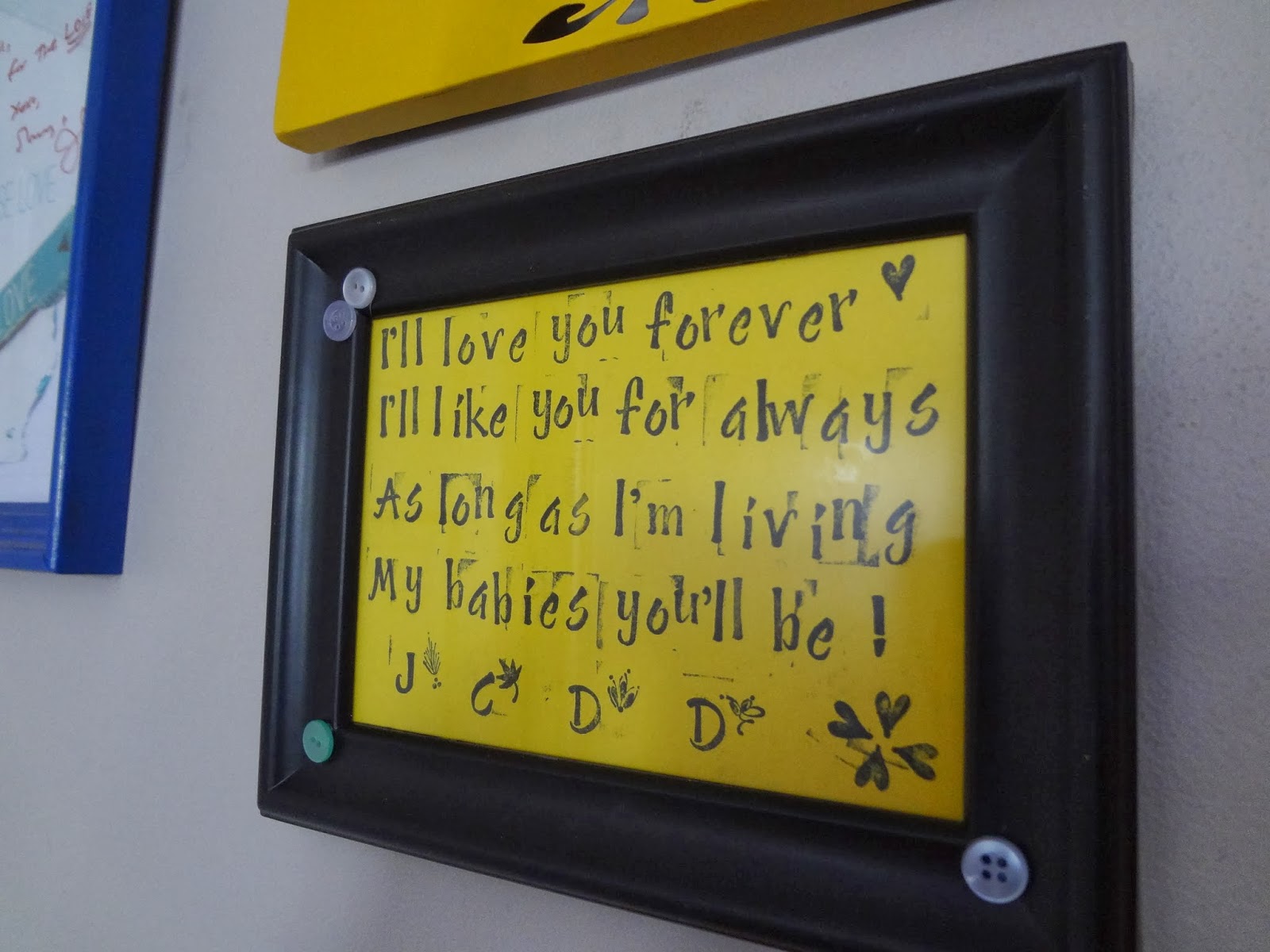 She added some super sweet personal touches to it, like the J C D D underneath the quote and the buttons on the frame. The J C D D are the initials of our four babies and the buttons represent each of them, with the twins in the upper left corner. Like I said, I cried when I opened it.

I decided to add the frame to my mini gallery wall that we put up last March, since it matched the colours there nicely and was easy to add in. Except it wasn't as easy to add in as we had originally thought since the back of the frame didn't have any hooks. But with some tweaking and some patience, Dan had it hanging nicely in no time at all. 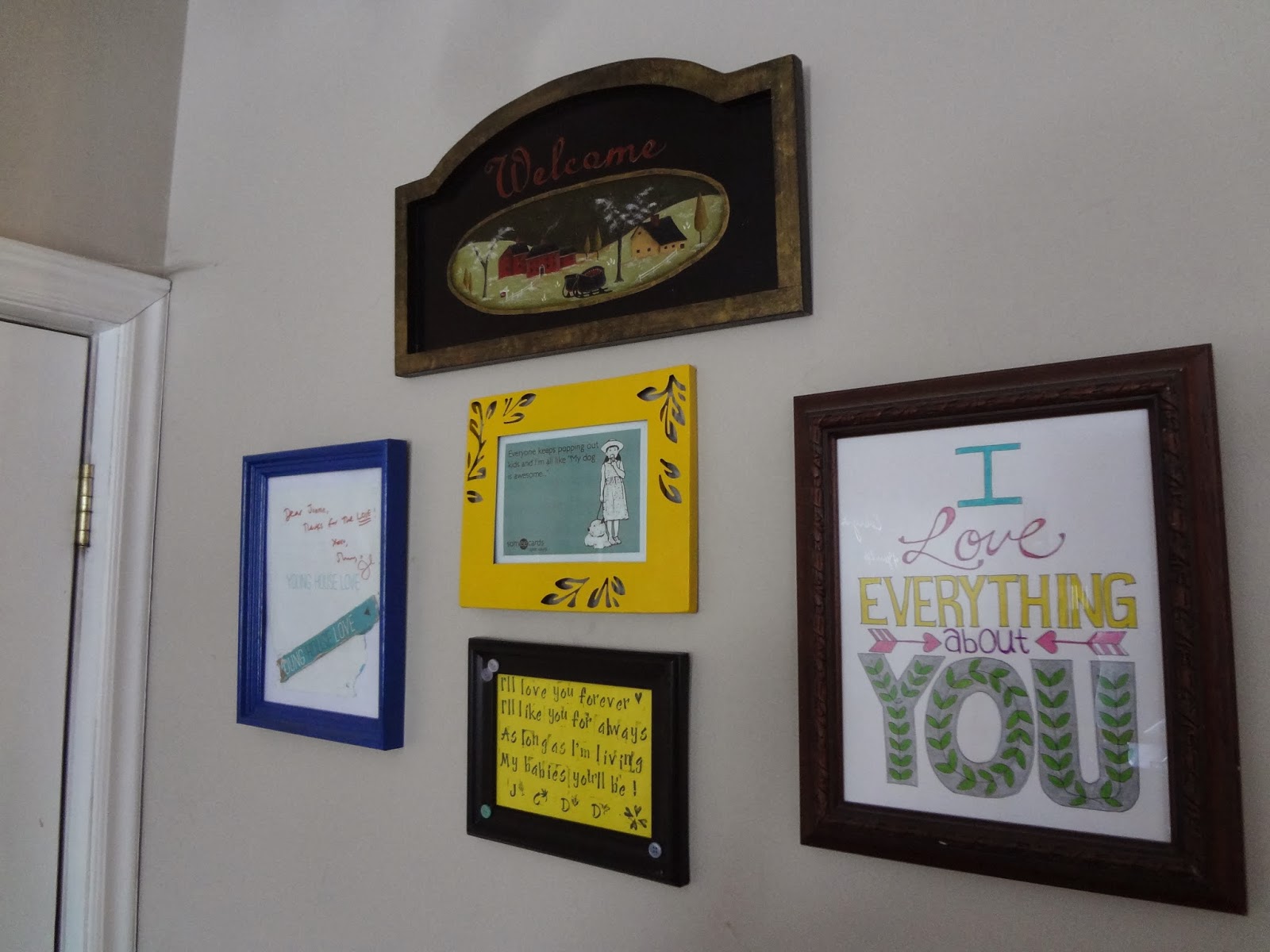 I really like it there, especially since it's so central and I pass it on a daily basis. It's a nice reminder that people do care and still remember our babies.

I tried really hard to capture the wall accurately but it was hard with the light coming in from the living room windows. 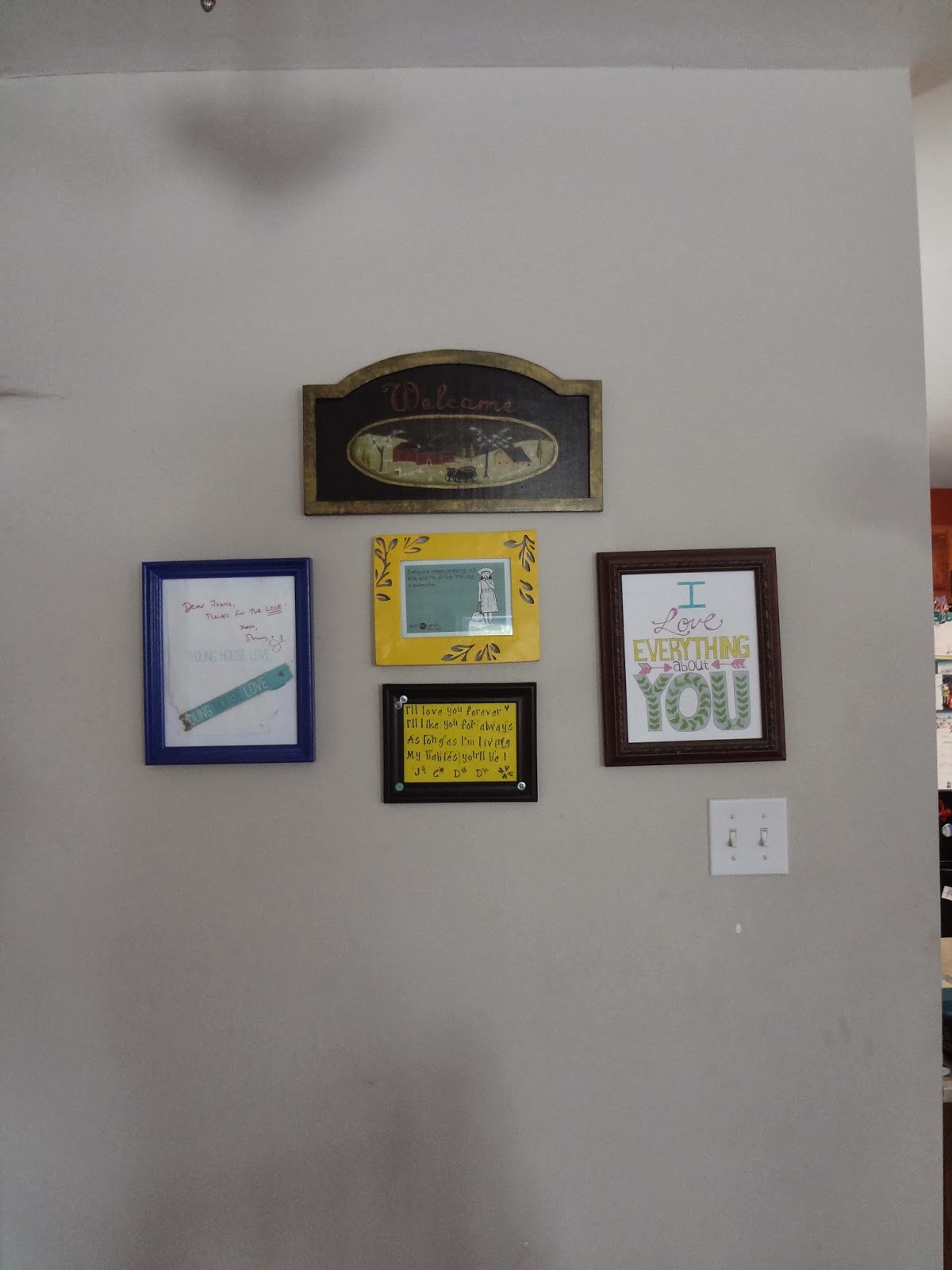 And it's also hard because of it's location. You can't get very far from it unless you balance over the stairs, with one leg on either side. Which is totally what I was doing in the above picture. See my shadow? Ya, I'm cool like that.

I have a lot of small house projects planned for the next couple of months that I'm excited to get working on so that I can show them off to you all. I think that the new year is getting me motivated to work on all the things that I've been thinking about doing but putting off.

Has anyone else been working on any house decorating lately? Even if it's something small like adding a frame into a gallery wall, I want to hear about it!
Posted by Jenn0021 at Wednesday, January 08, 2014