So for those of you who follow me on Facebook, you may remember me posting about painting the ceiling in the guestroom and saying I hoped to do a 'big reveal' in January. Well, that isn't going to happen.

In early December, we were on a roll with the renovations and our timeline was being met. I finished painting the ceiling and we were ready to move onto the walls. 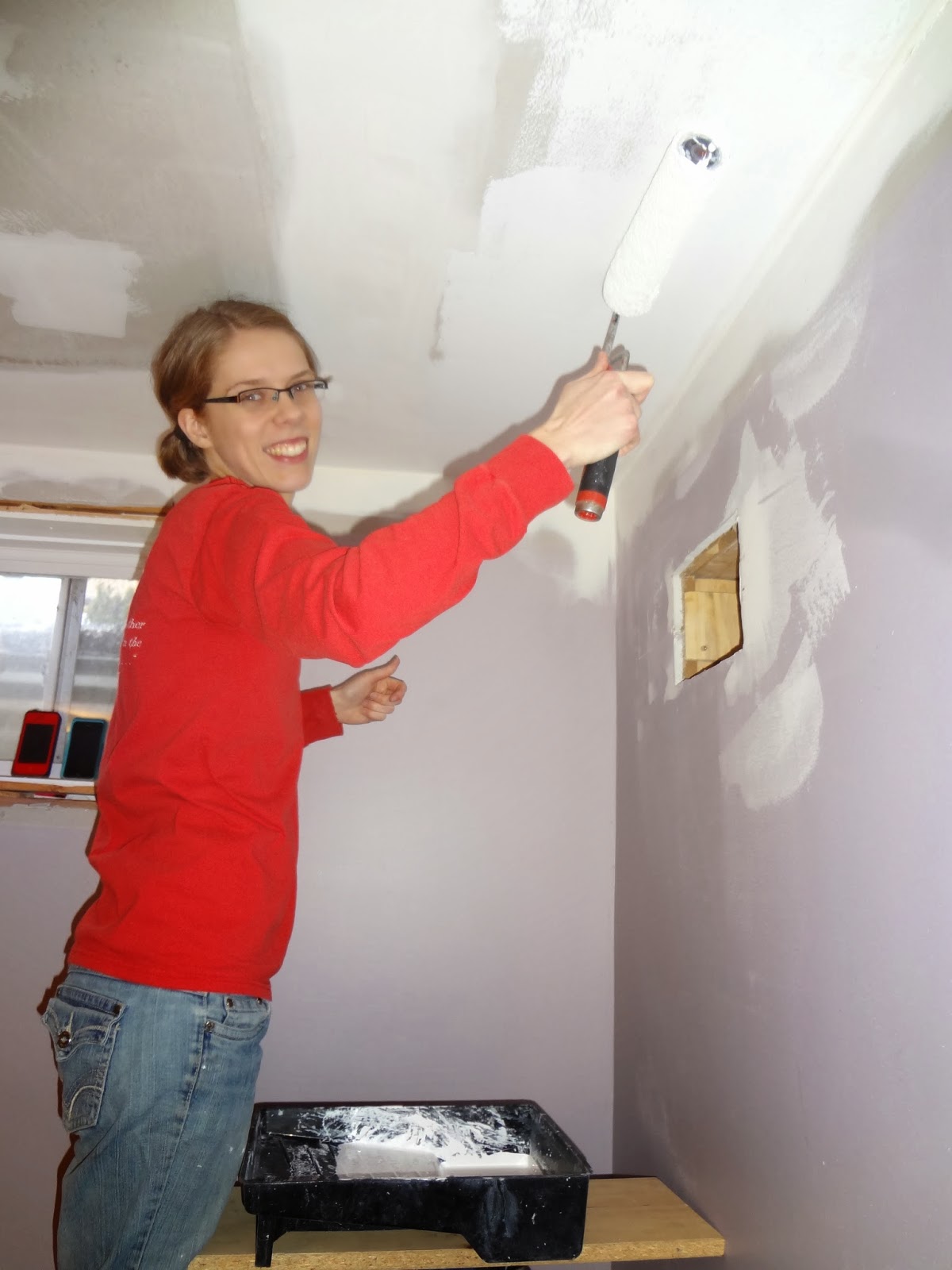 And then we got the call that my Dad was dying and we rushed to Quebec. The guestroom was put on hold (obviously) for a couple of weeks.

When we arrived back home right before Christmas, we put a huge rush on things so that the room would at least be semi finished and we could put the bed back in there. My sister and her family were coming for New Years and it we needed that room usable.

Miraculously, we finished it all in time. And boy did it feel good. I was thrilled with how it looked and couldn't wait to put the finishing touches on everything, mostly in the decorating.

My sister came, loved the room, left and we were about to start on some other small projects to complete before doing a big reveal when we discovered water. Again. The whole point to the huge makeover was because there was water and we discovered mold in there. So we basically gutted half the room and started over. 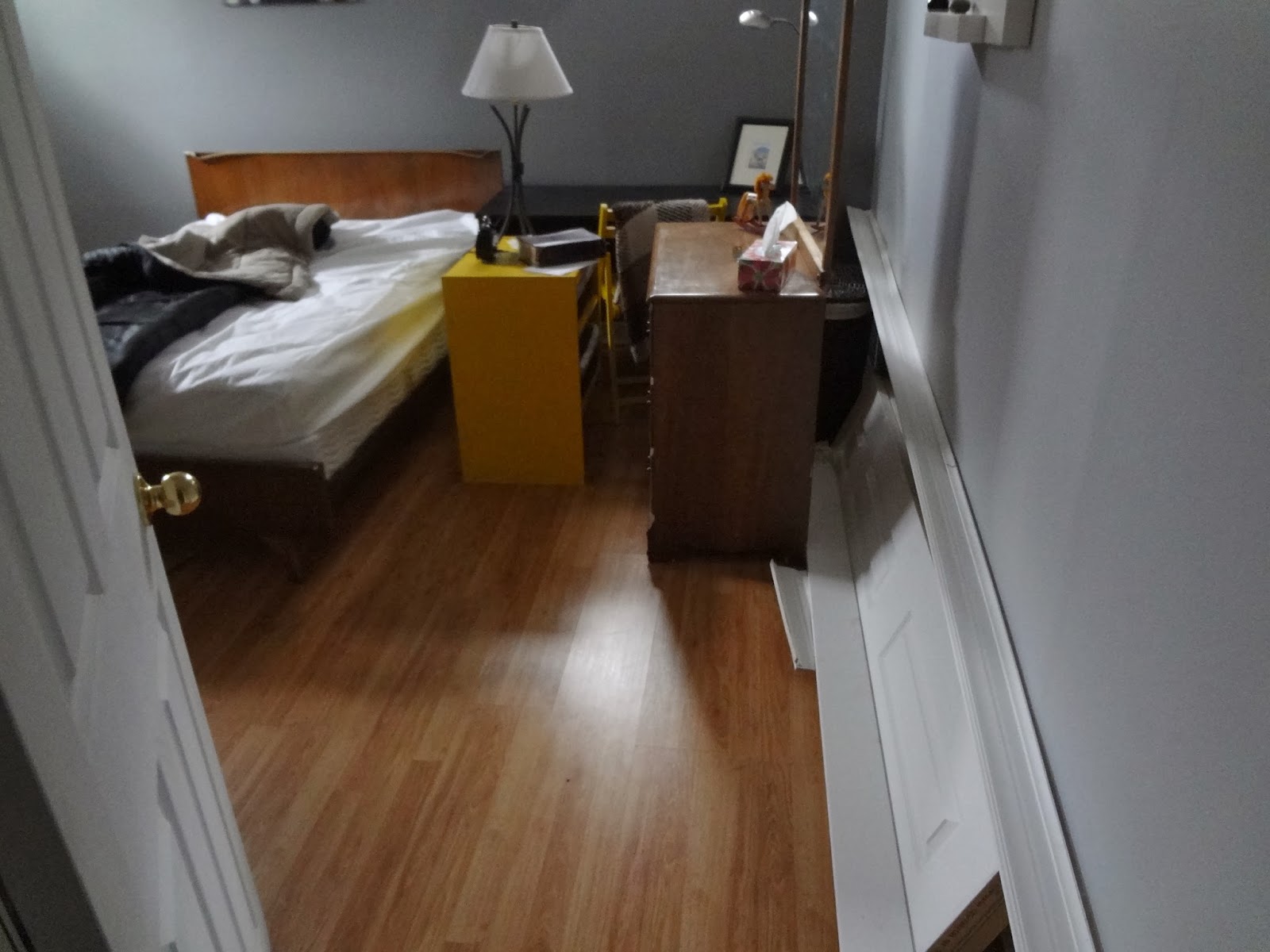 And it will probably look that way for a while. 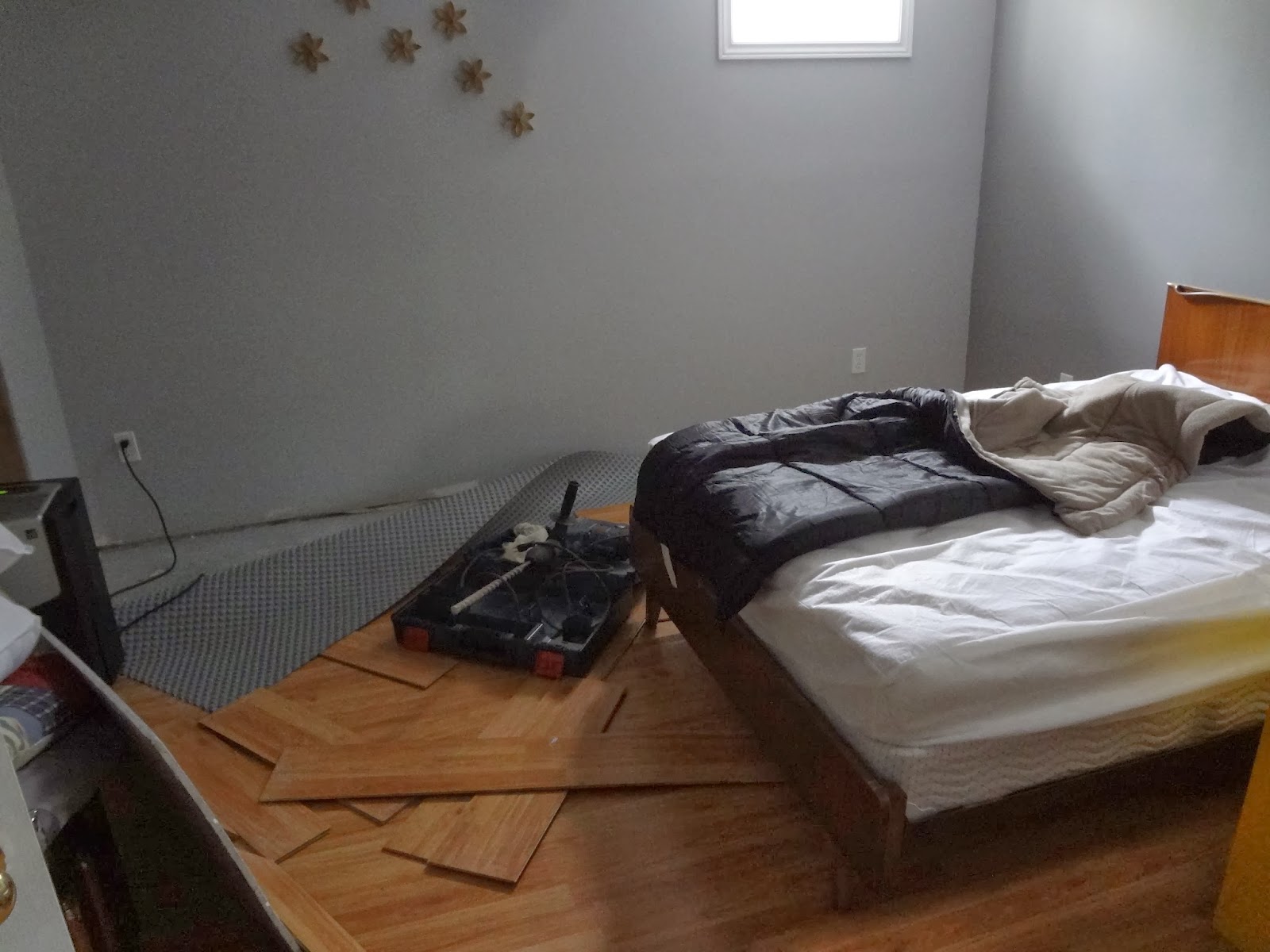 It's just so sad and discouraging. We thought we had figured out the problem but I guess not. So now we are going to have to dig down outside and reseal that part of the foundation which will hopefully fix it. If not, who knows what our next steps will be. Cry and then just move?

Anyone else ever been excited to finish something only to have it all fall apart in front of you? Any leaky basements out there?
Posted by Jenn0021 at Tuesday, January 21, 2014