I apologize for the lack of post yesterday, but I have a good excuse. I was off in Toronto getting all the blood removed from my body. 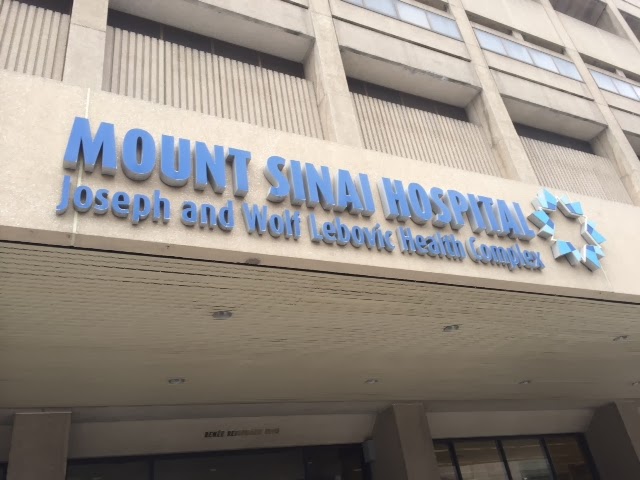 Yesterday was our very first appointment at the fertility clinic and we have officially started down the road of testing to figure out why the heck my body can't keep a pregnancy. This first appointment was pretty basic, starting off with a quick physical exam and then going over our fertility history. But it ended with a bang.

And that bang would be me hitting the floor. Well, not actually but I came very close. You see, they need to test for a bunch of different things and in order to do so, they needed a lot of blood. Eighteen vials to be exact. <----- Yes you read that right. 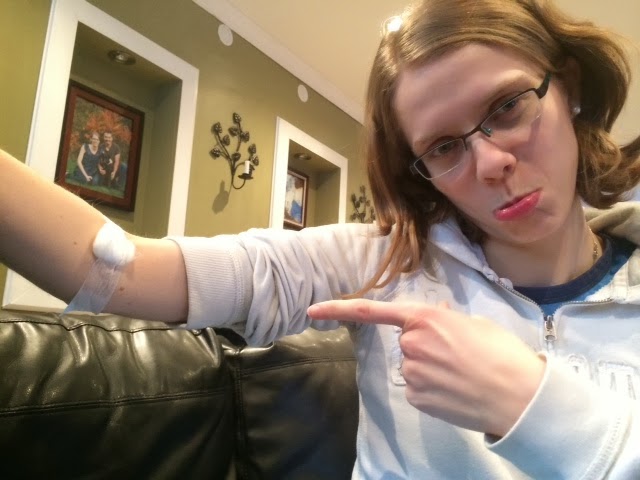 They did it in two sessions and I did really well with the first 10, only getting a little dizzy and just resting for a minute while drinking some orange juice. But then when the next 8 happened, I nearly passed out. Like full out dizzy, world spinning, ringing in the ears, head between the knees and cold compresses on the neck and face. They then moved me to a bed where I proceeded to curl up and cry. It kind of really sucked.

It wasn't the pain, just the fact that my body is too small to give that much blood. Or I'm a wimp.

Dan was awesome though and held my hand and told me I was brave and that he loved me. Good thing I had him with me or else it may have gone a lot worse.

After the appointment, I was rewarded with some yummy New York Fries. Except I ate them all before thinking of taking a picture so here's me with an empty cup. 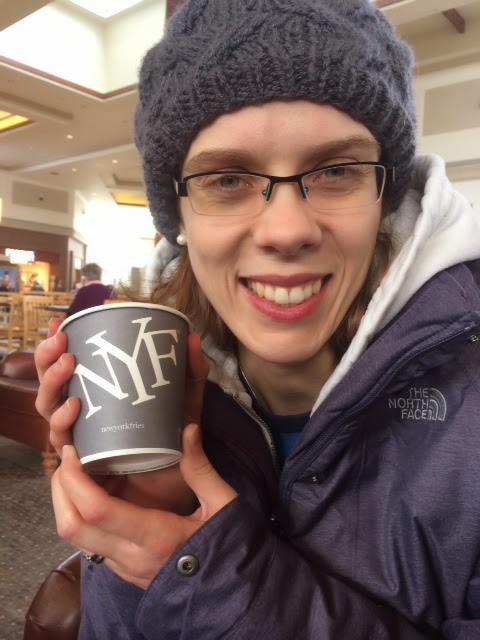 Our next steps are some more blood work (for both Dan and I) and I need to schedule a sonohysterogram. Once these tests are complete, we'll head back to the clinic for our follow up appointment on March 24th, where we will hopefully get some results and put a plan in place.

That about sums up our appointment, so now I can tell you about the exciting time BEFORE we ever got there.

Our original appointment date was February 26th but I was put on the cancellation list for an earlier one if possible. I got a phone call Tuesday morning asking if I would be able to come in on Wednesday at 8:45am. Of course I said yes. Unfortunately, we are about an hour and 45 minutes from the clinic and once you add in rush hour traffic, it takes almost twice as long. So we got up bright and early and were out the door by 6:00am. At about 7:00am, we got rear ended on the highway. Fun stuff.

That was about a 20 minute delay of talking with the police and exchanging insurance information, which put our arrival time a little later than I had planned. Needless to say, I was a little stressed the rest of the way. But all is good, we got there only a few minutes late, had a successful appointment and our car had no damage. Talk about a busy morning!

Now that you've heard my excuse for missing a post yesterday, do you forgive me?
Posted by Jenn0021 at Thursday, January 30, 2014