Ever since going gluten/dairy free, I have only attempted pizza once and it really didn't turn out that well at all. It wasn't bad but the crust tasted a bit like a biscuit and with no cheese... it just wasn't pizza.

So after that attempt, I thought it probably best not to try again. Until I came across a cauliflower pizza crust on Pinterest that actually looked good!  I finally made it last week after talking about it for at least 6 months and I am here today to share the results with you. 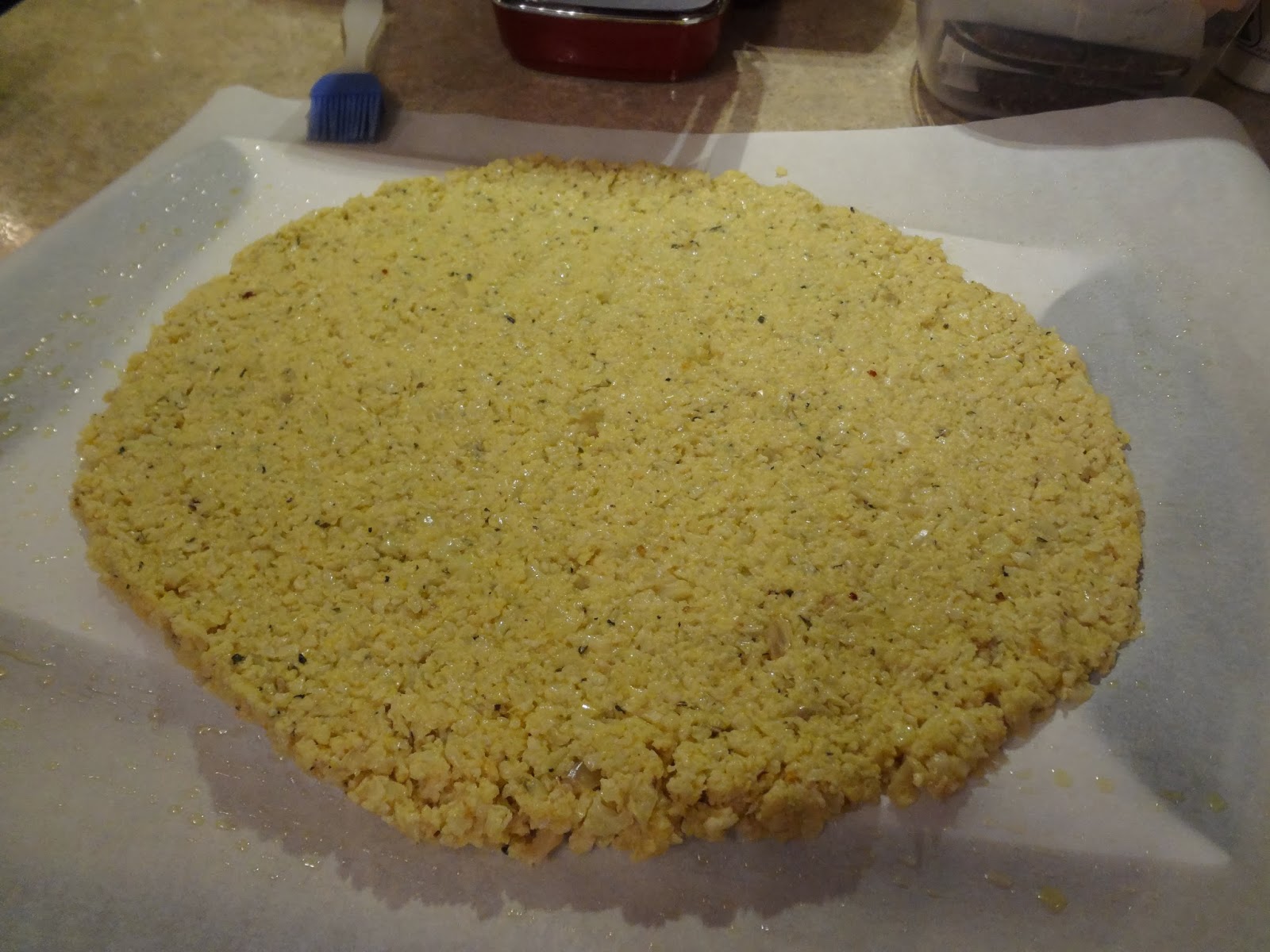 The above picture is of the crust before it was cooked. I actually used some cauliflower "rice" that I had made a couple months back and froze so I'm not sure if I actually blended it smooth enough in the first place. Plus, I think it may have affected the moisture in the crust too. Although I did follow the instructions to wring it out in a tea towel before mixing in the other ingredients.

I actually did a horrible job taking pictures of this process since it was date night and Dan and I were trying to have fun working in the kitchen together and not stress about taking pictures of each step along the way. So forgive me! 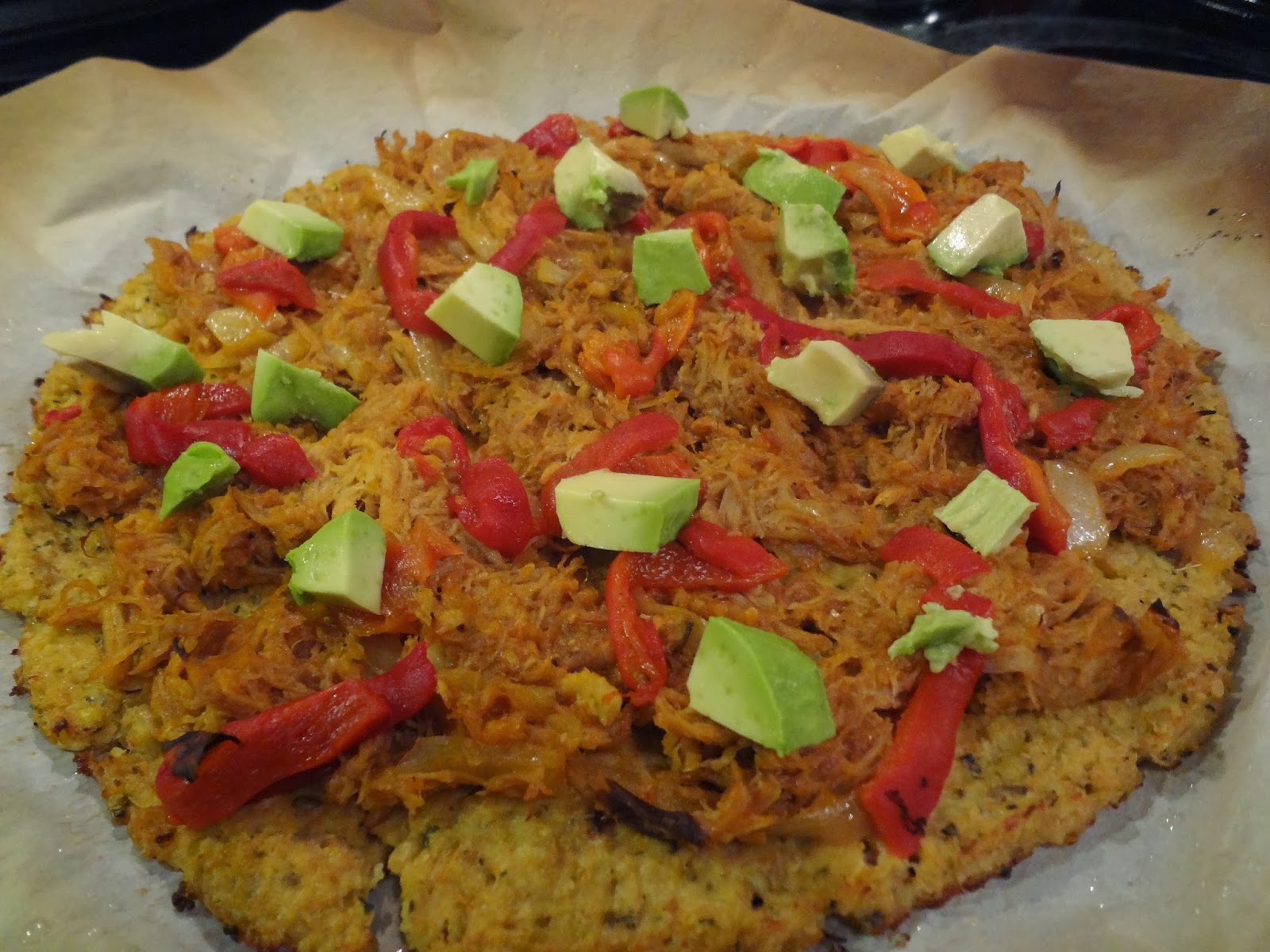 We topped it using leftover pulled pork (from this recipe that I blogged about last fall), caramelized onions, roasted red peppers and fresh avocado. Tasty!

I did find that the crust was a little soggy but I'm not sure if it was because I used frozen cauliflower, I didn't cook it enough or I used too much pulled pork. Who knows! Dan liked it though and he even said we should try it again but work on perfecting the recipe. So I may be doing another post about cauliflower pizza crust sometime in the not too distant future!

I am excited to play around with it though and fiddle with different toppings. I'm thinking a chicken pesto one might be good...

Have any of you ever tried making a cauliflower pizza crust? Any experiences you'd like to share? Topping recommendations? And while we're on the topic of pizza, what is your favourite kind? And how do you eat your leftovers, cold or reheated?