On Saturday, Dan and I took a drive in the fabulous sunshine. It was a crazy windy day so not great for walking but driving seemed like a good idea. We got to soak in the sun, get out of the house and spend time together.

We ran some errands while we were out and one of these errands took us through a small little town that we never stop in. It's just one of those towns that you drive through on your way to somewhere else. On Saturday though, we stopped. Dan had to drop off some business cards to a local grocery store and while he did that, I waited in the car. Until I saw that basically right outside my car door was a small thrift store.

I don't know about you, but I LOVE thrift stores. There's just something so wonderful about wandering through a store full of hand me downs and second hand items, trying to find some sort of treasure that you will get at an awesome deal.

Folks, Saturday was my day to score an awesome deal. 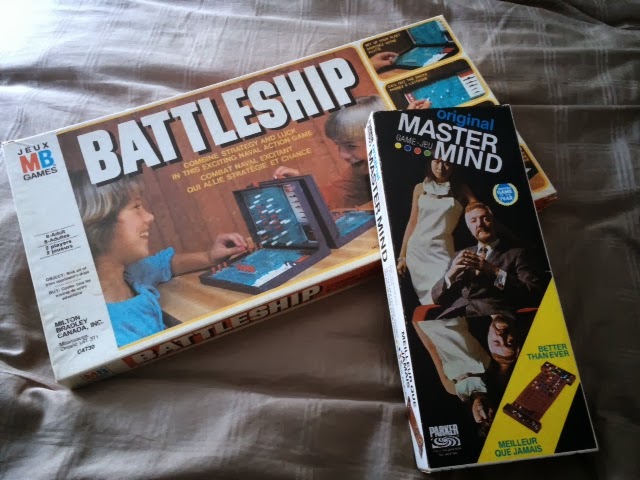 That's right, Battleship and Mastermind, both in excellent condition. I couldn't believe my luck, since we have been talking about getting Battleship for over a year now but could never justify the $20 that Walmart was asking. I kept hoping to find it on sale but never did. 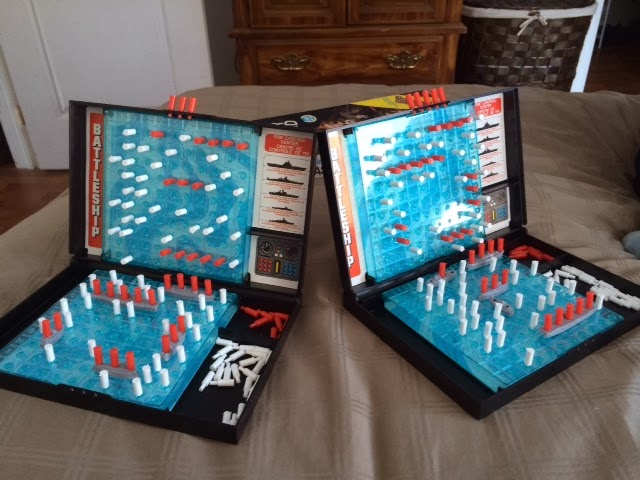 Want to guess how much we paid for these two games? I couldn't believe my ears when I asked the lady at the store how much she was charging. She said "Well.... $0.25 each sounds good". Twenty-five cents each! I hurriedly grabbed them up and told Dan to run out to the car and grab some change from the ash tray.

When we got to the cash, our total was $0.50 but Dan is way nicer than me and gave her $2.00 while telling her to keep the change. I never would have even thought to pay more, I would have taken my games and run! Good thing I've got Dan around to keep me generous. 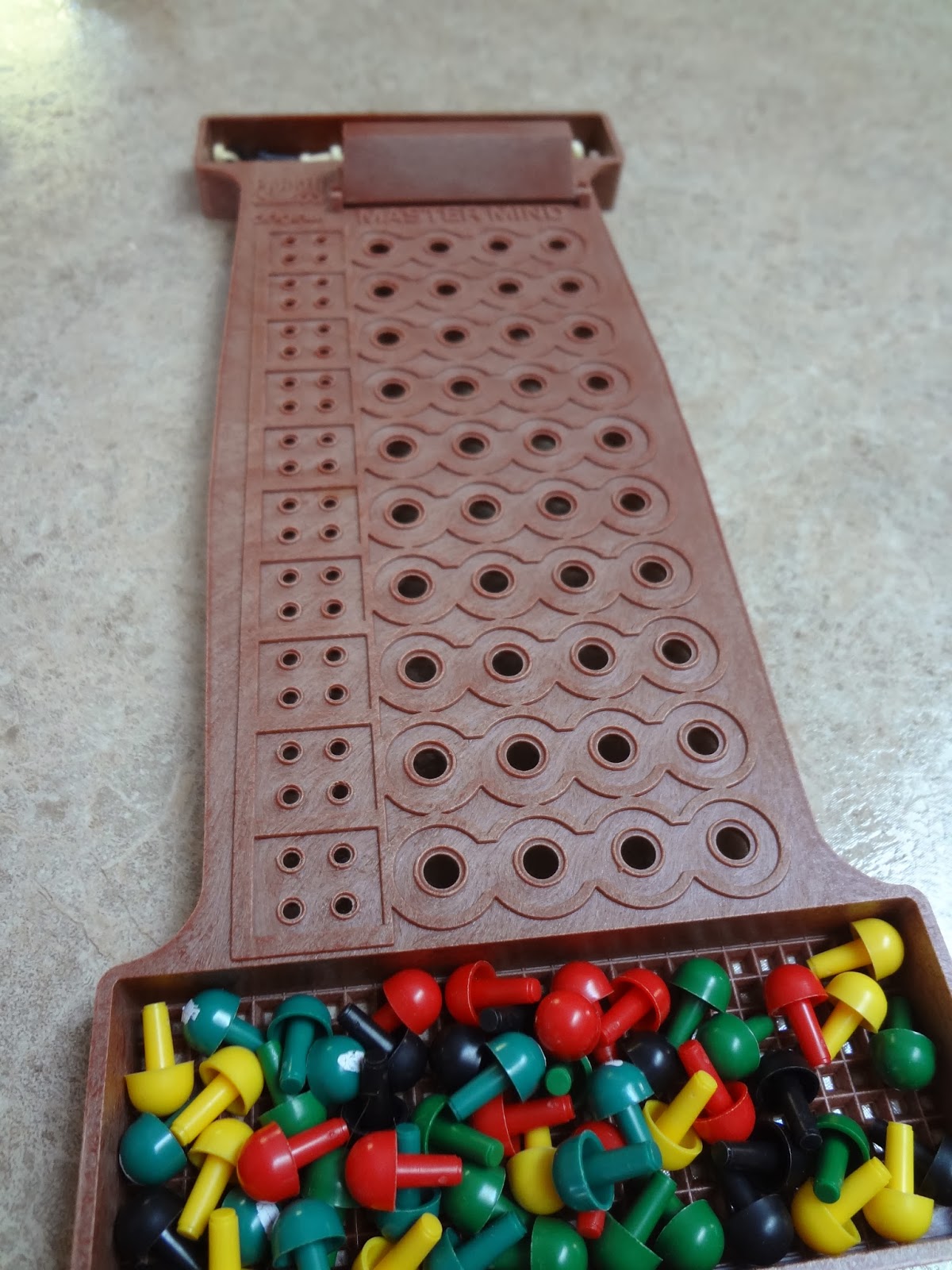 The best part about these two games is that they are specifically designed for two players. Dan and I love to play games together but we sometimes get tired of playing the same ones over and over again. We obviously have our favourites but it's nice to be able to branch out now and then.

Getting these games inspired me to go through our games cupboard and see what games we actually have and which ones we can play just us. While we have some awesome party/group games, we rarely get to pull those out. 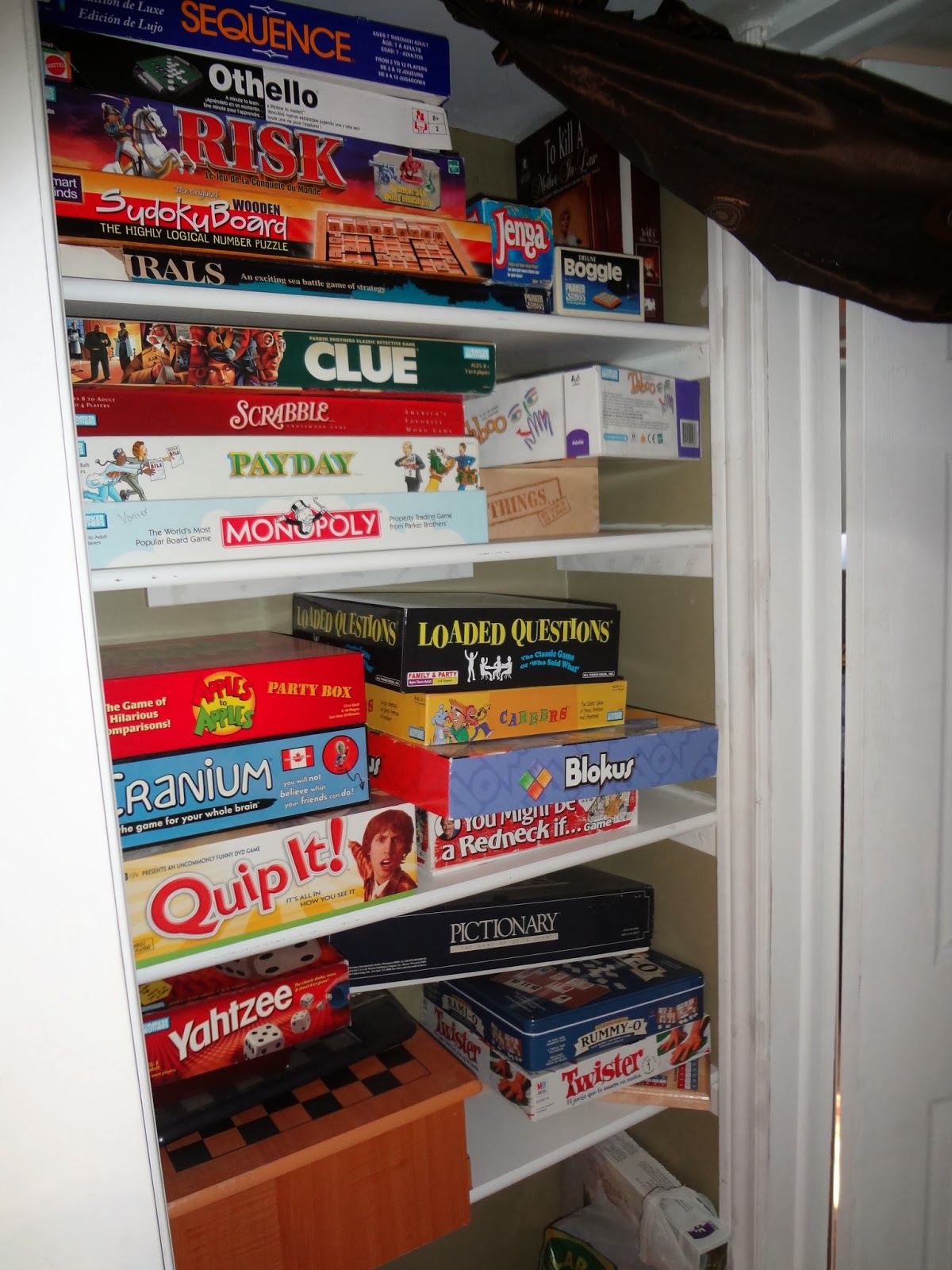 We have a total of 43 games, not counting decks of cards. I had no idea we had so many! Probably about half of them can be played by two and the rest need more people.

Two Person Games (or more!)
Group Games
*I starred our favourite games to play together

Quite the list of games, isn't it? We really need to start making better use of them. 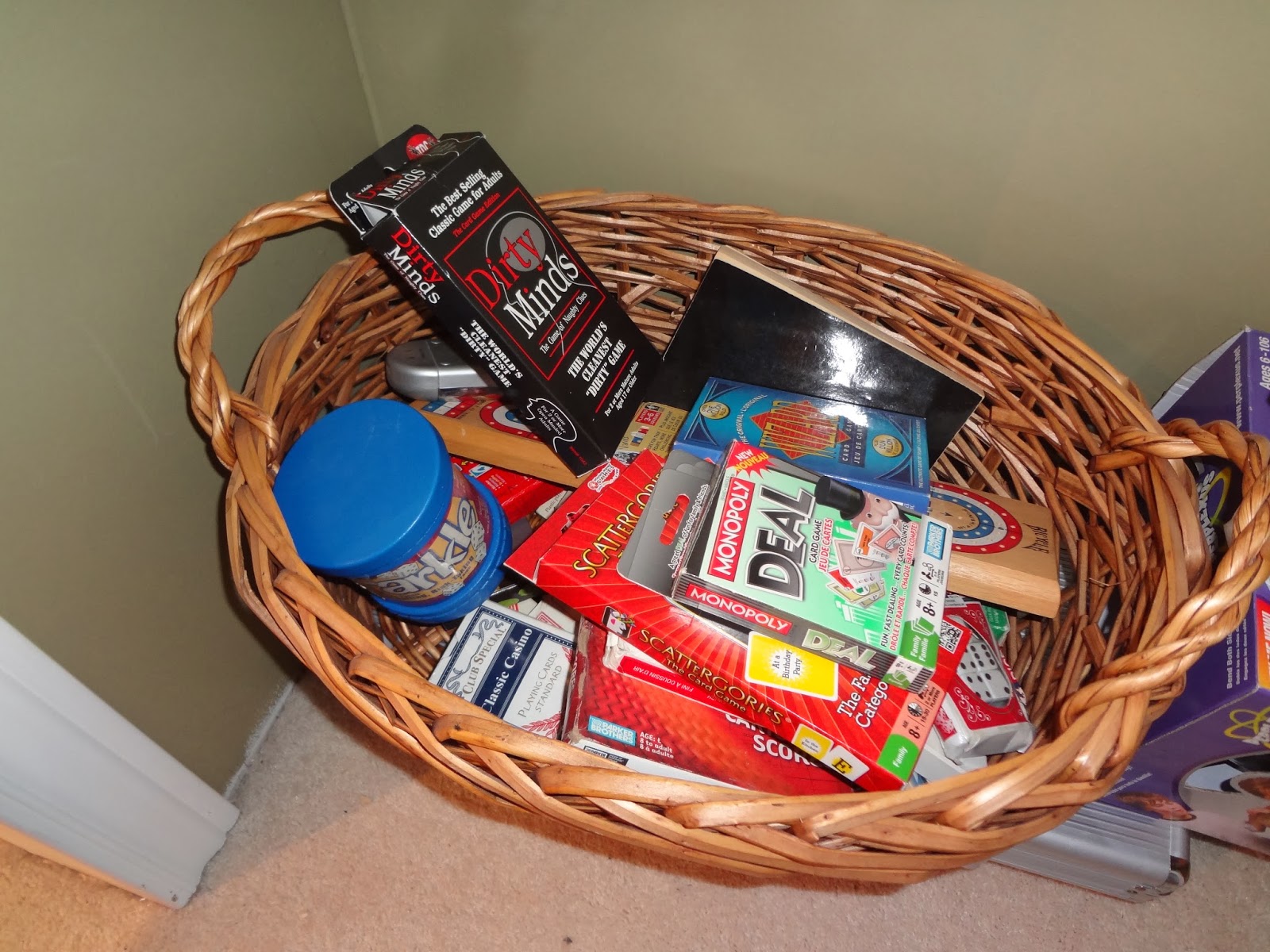 Hopefully this post has inspired you to pull out a game from your collection and sit down tonight with your friends or family and play together! Games are such a fun way to spend time with others and a helpful way of pulling you away from screens, whether it be the tv, computer or phone.