As promised, here is my famous spaghetti sauce recipe. Although if I'm being completely honest, it's not my recipe. My sister Jackie supposedly came up with it, but when I told her everyone loved her spaghetti sauce recipe, she said "what recipe?" So obviously she has a pretty big claim on it.

No matter who I feed it to, it's always a hit and people always want the recipe. I rarely actually give out the recipe, not because it's top secret but more like I just never feel like writing it all out and explaining it to the person. Not that it's a hard recipe to make, it's more like the instructions are kind of vague. 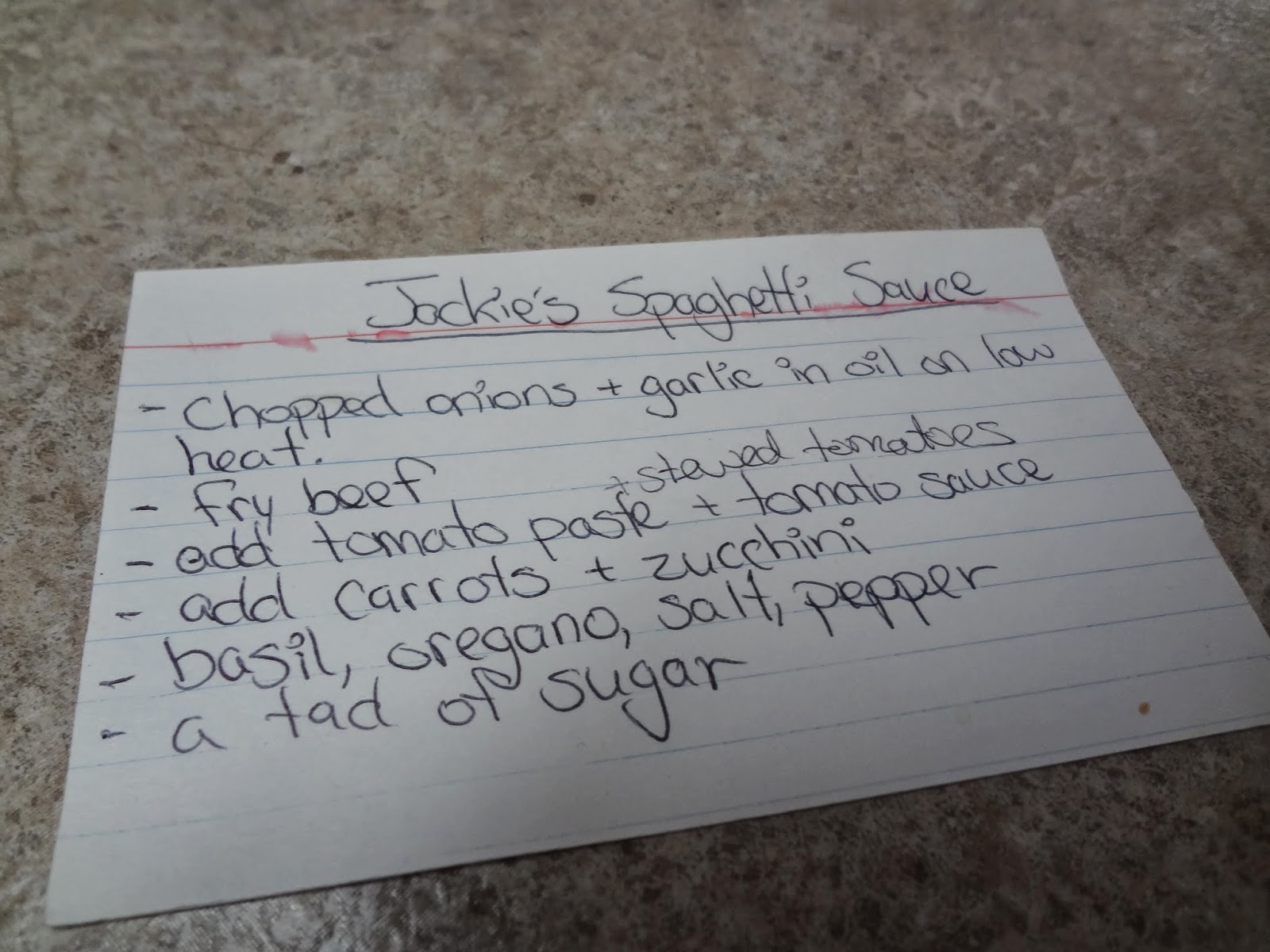 You see, I don't actually measure anything, it's more like I throw things into a pot and hope for the best. Seriously though, it's pretty simple. But I will do my best to write out an actual recipe so that you can give it a shot and have it turn out.

First up, you fry onions and garlic in a small amount of olive oil on low heat until soft. 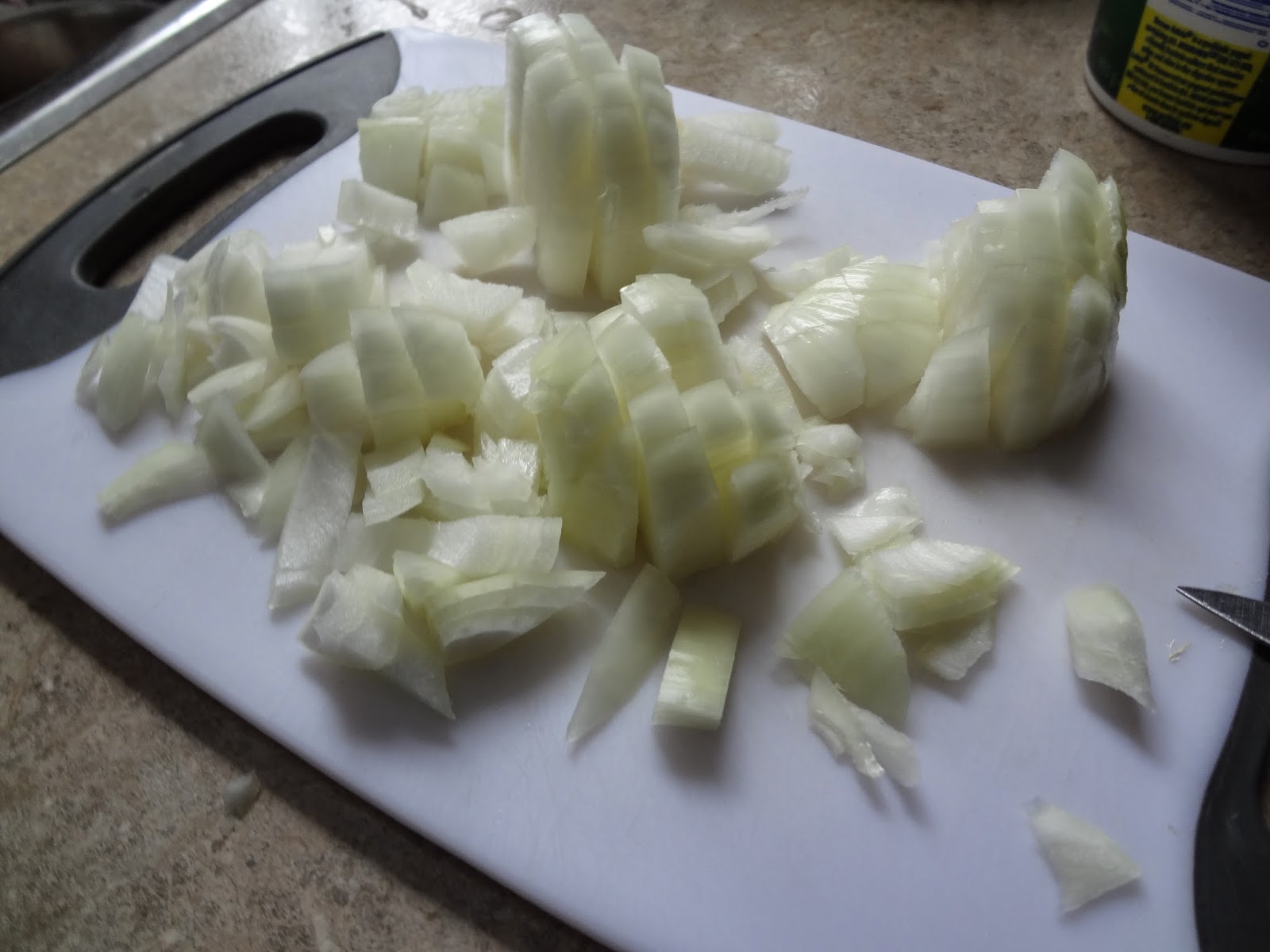 Then you add your ground beef and cook that until it is nice and browned. If there is a lot of grease in the pot from your beef, drain it before continuing to the next step. Once the beef is browned, you add in your tomato sauce, stewed tomatoes and tomato paste. 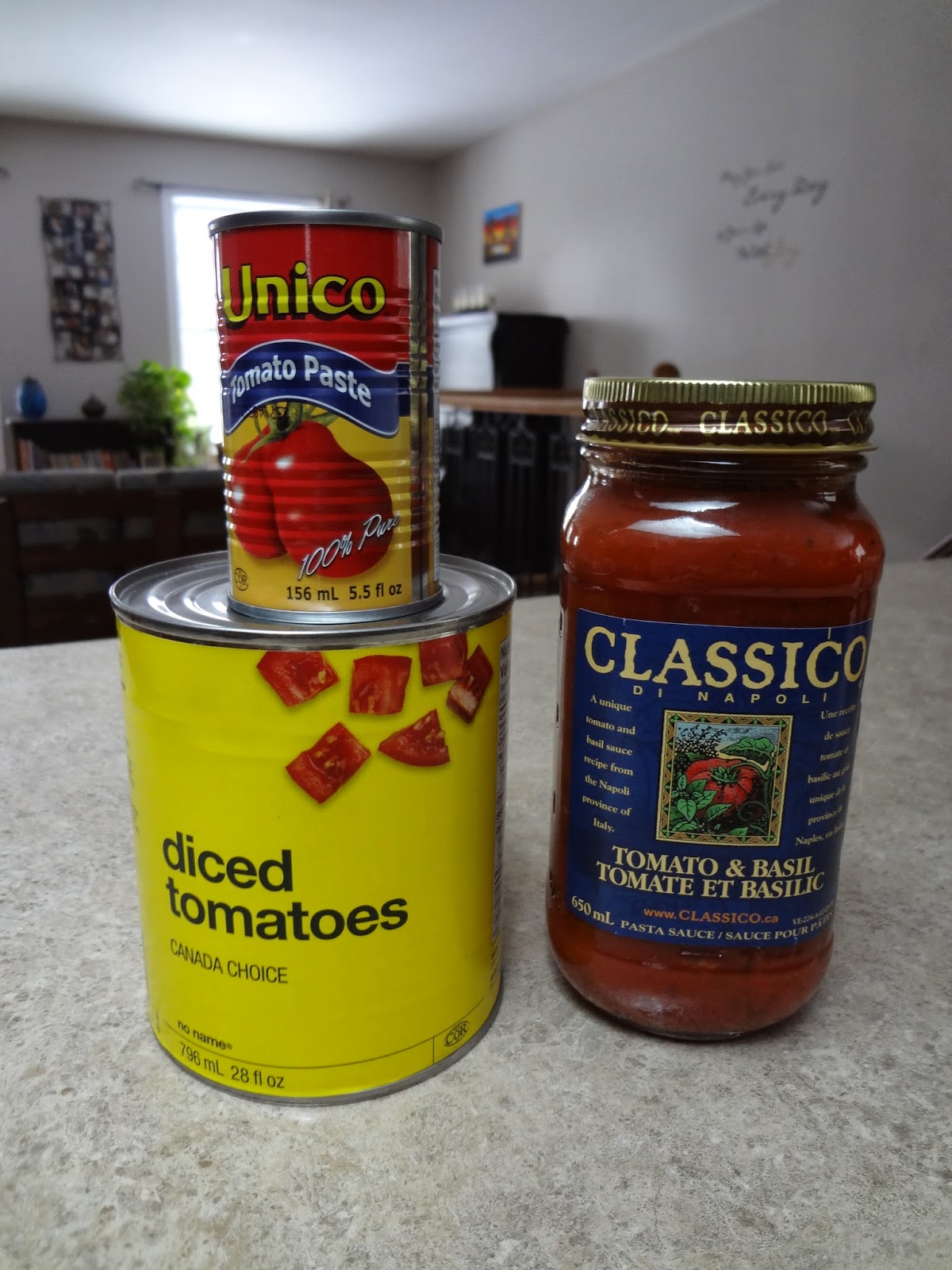 Although as you can see from the above picture, I used diced tomatoes this time. Ever since I have to check ingredients on EVERYTHING, I've realized they add sugar to a lot of things, including stewed tomatoes and regular tomato sauce. So I splurged on the Classico sauce and switched the stewed tomatoes out for diced. No big deal, it still turned out just fine. 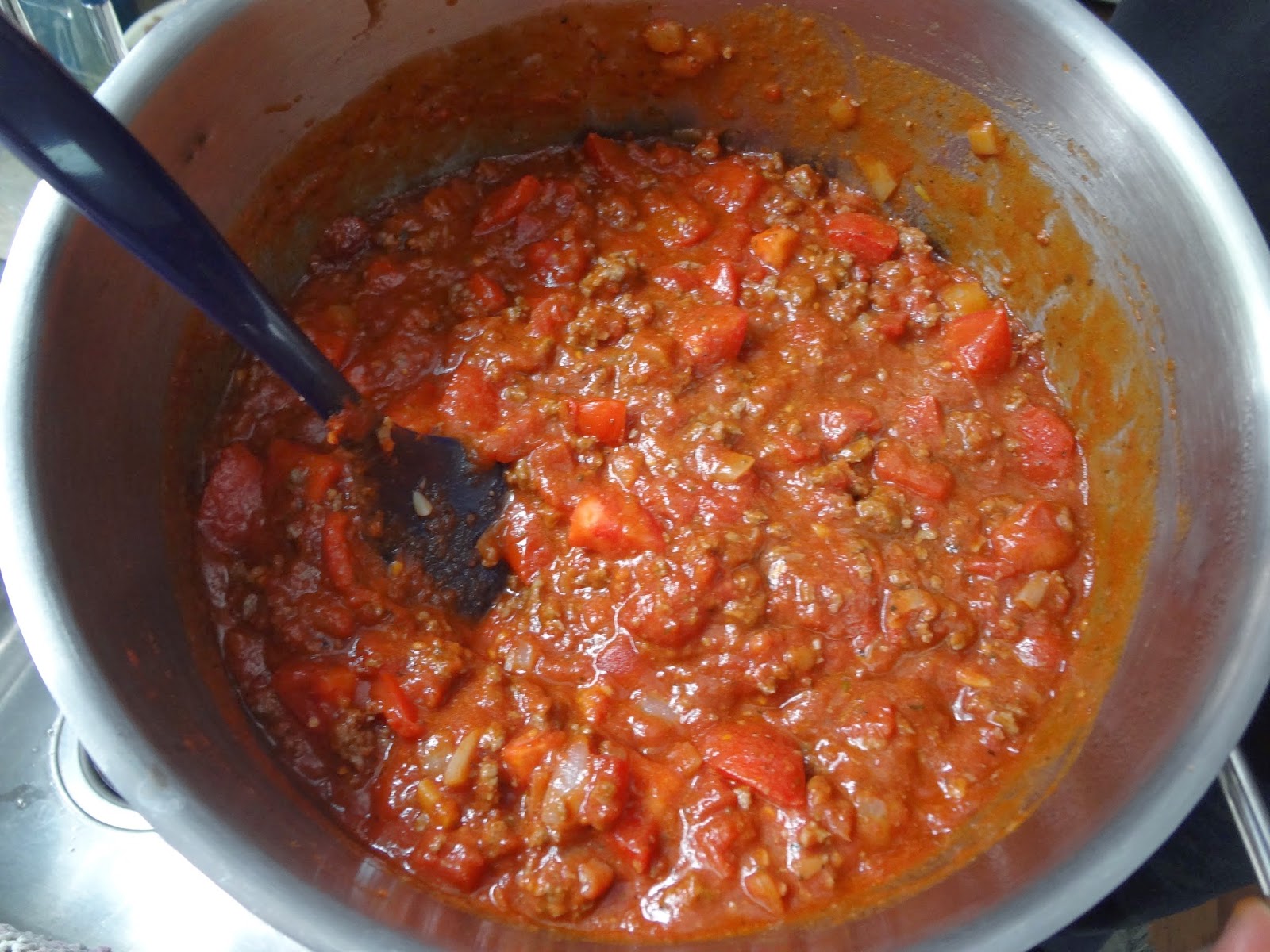 Doesn't it look tasty already? And we haven't even added the veggies and spices!

I used to chop up the carrots and zucchini for my sauce but for the last few years I've been shredding them and am pleased with the end result. When they are shredded, they cook faster and blend into the sauce better so the veggie haters out there don't notice as much. Little (or big) kids who hate veggies gobble up this sauce without knowing any better and I smile to myself that I have succeeded in tricking them. 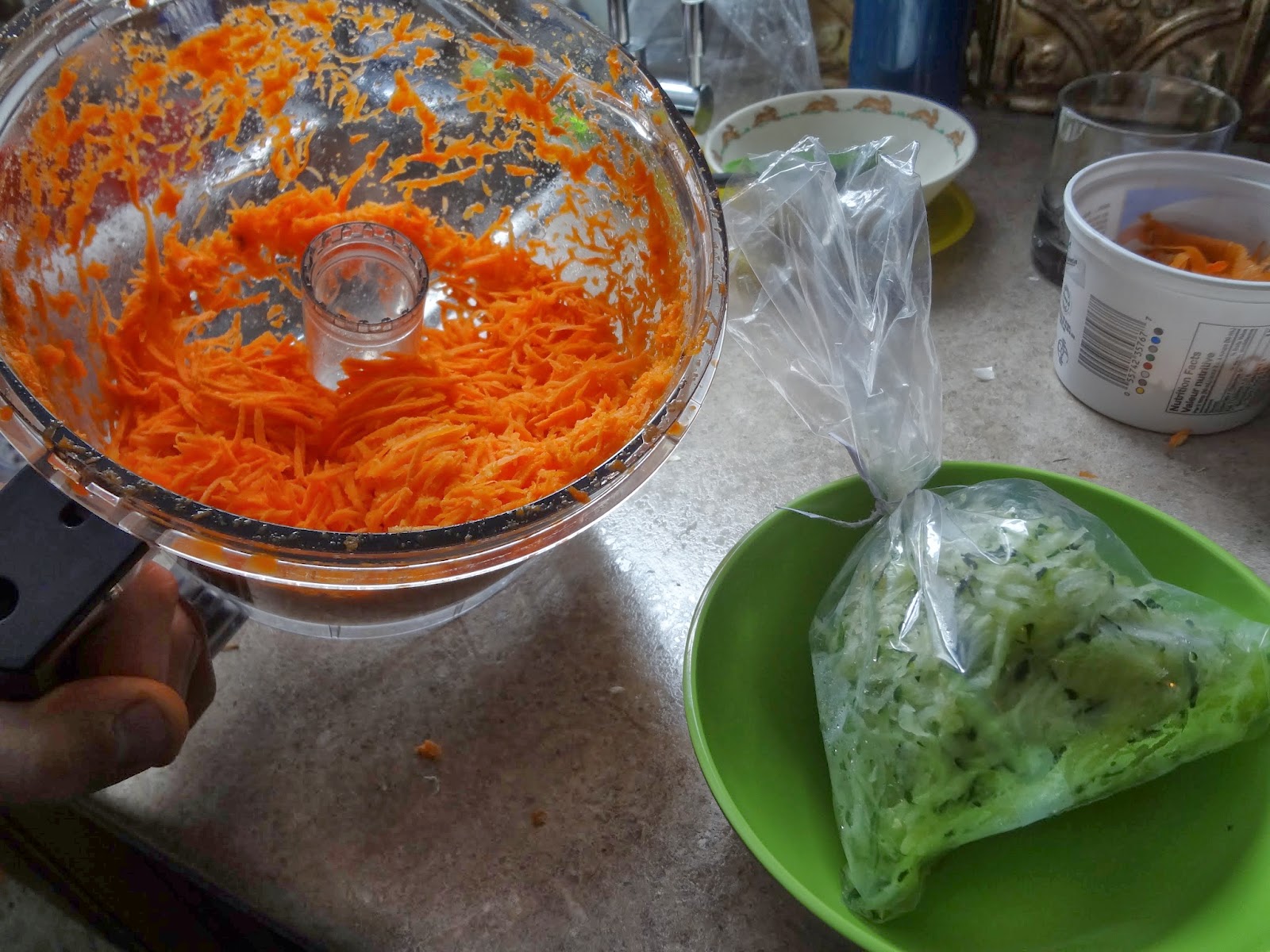 I have a ton of frozen zucchini so I just use that and then freshly shred the carrots, as you can see in the above photo.

Once the veggies are all mixed in, you add the spices and sugar and then simmer for a couple hours until done. And by done I mean the carrots are no longer crunchy and it tastes like spaghetti sauce. 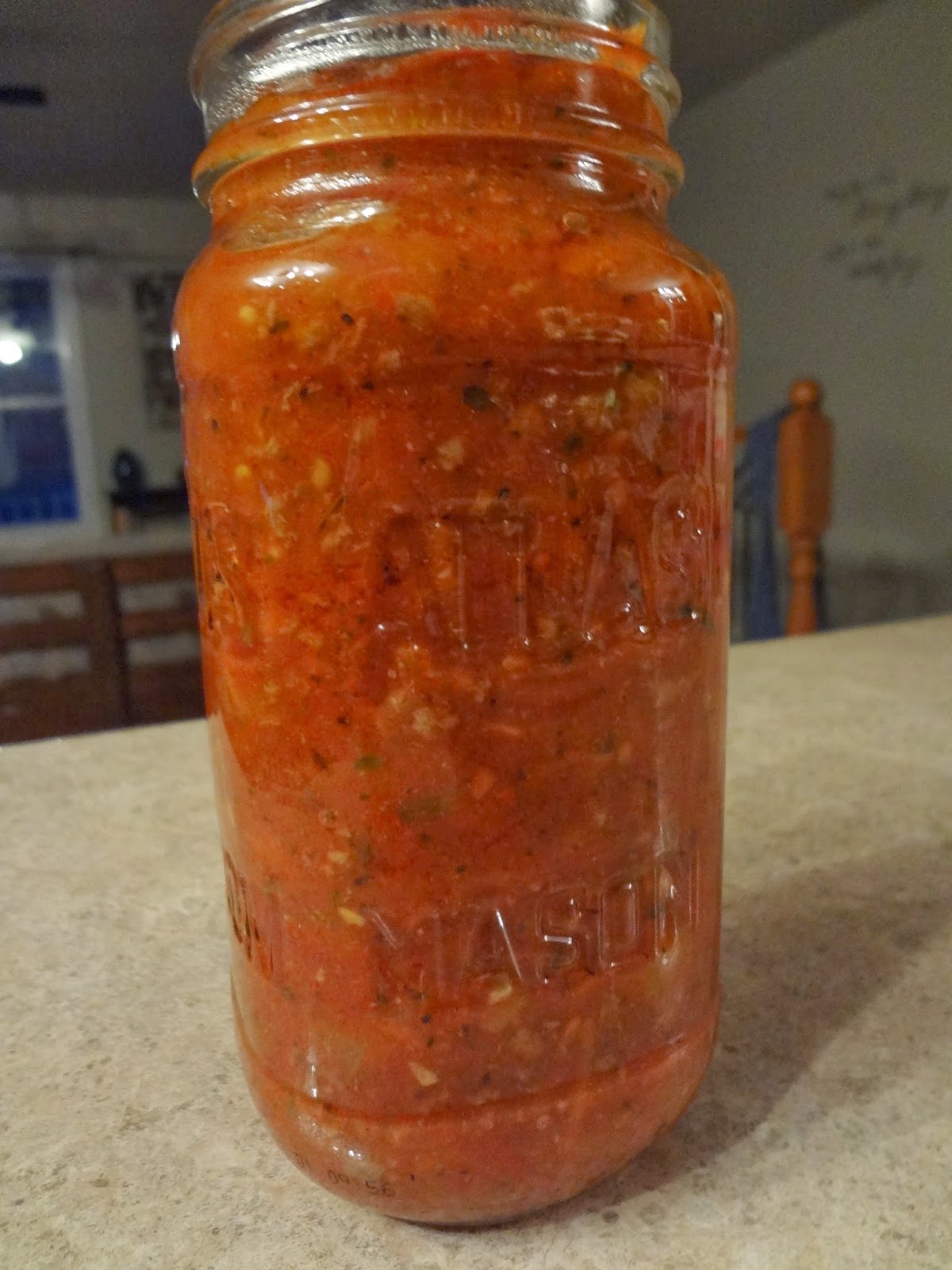 It's so good! I just wanted to eat the sauce by the spoonful instead of waiting for noodles. Don't worry, I refrained. Sort of.

I usually double the recipe so that I can freeze a bunch and have it easily accessible for future. It freezes really well, so you should totally save the time by making more of it.