The other day, as I was using my food processor for a recipe, I realized that I sure do use it a lot. It got me thinking about the other kitchen appliances that I use regularly and which ones I couldn't live without. I was inspired to write up a blog post and share with you my favourite gadgets in the kitchen and then see what you guys use regularly.

So let's start off with the basics. I use my stove/oven every single day. No matter what I'm making, it pretty much is guaranteed to either go in the oven or on a burner. I could not live without the stove. Or at least it would be very hard to live without. 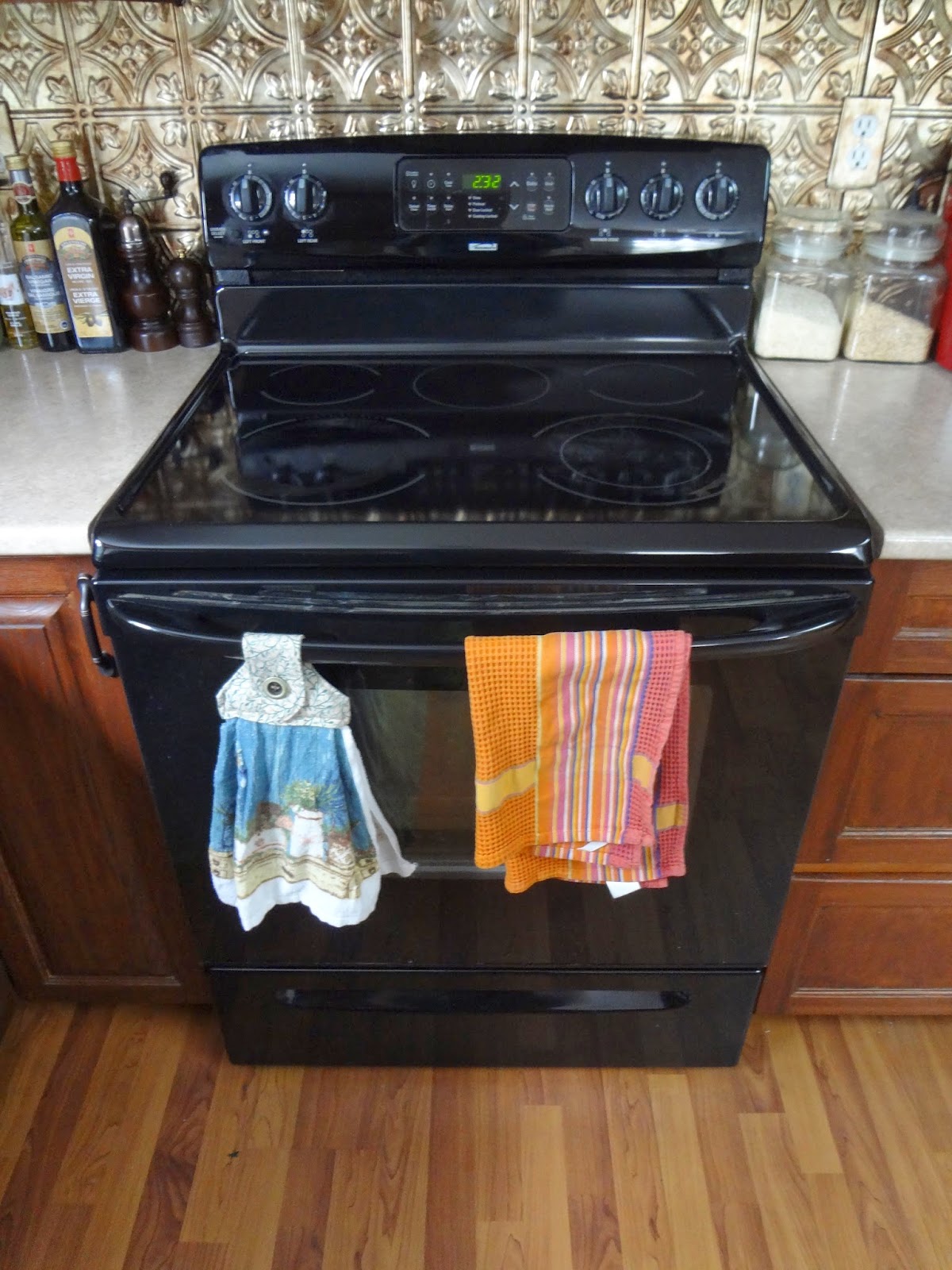 Next on the useful list is the microwave. While I'm pretty sure I would survive without one and get pretty used to heating up my food in other ways, I use my microwave pretty much daily as well. It's just so convenient for heating up leftovers, thawing meat or fruit and making popcorn. The popcorn thing is no longer but it was awesome while it lasted. 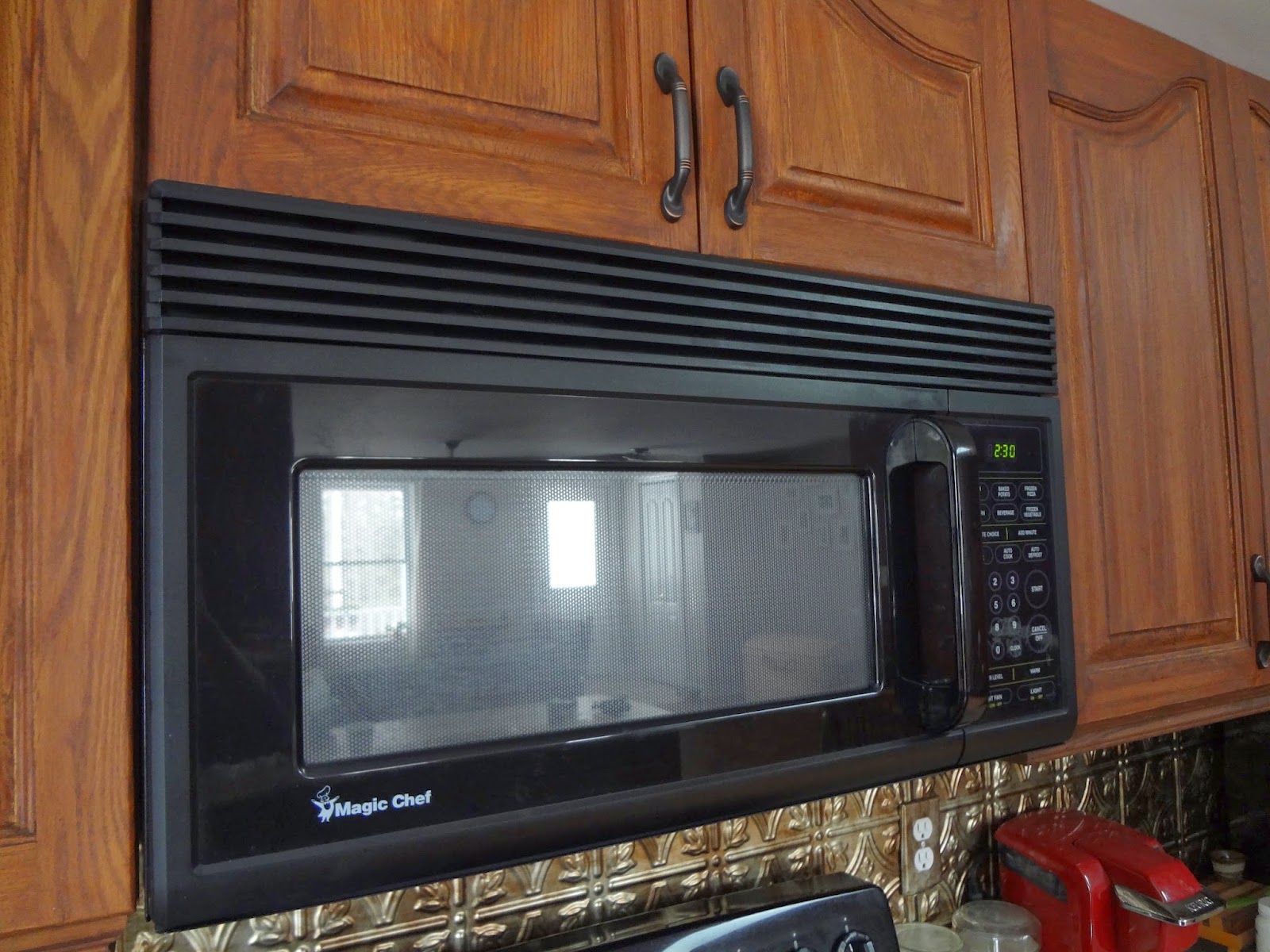 The dishwasher is the appliance that I never thought I would need but now that I have one, I love it! It's so nice to be able to just throw all the dishes in there after company comes and not have to worry about washing them all by hand. I still do a lot of dishes by hand but the dishwasher helps minimize the amount. 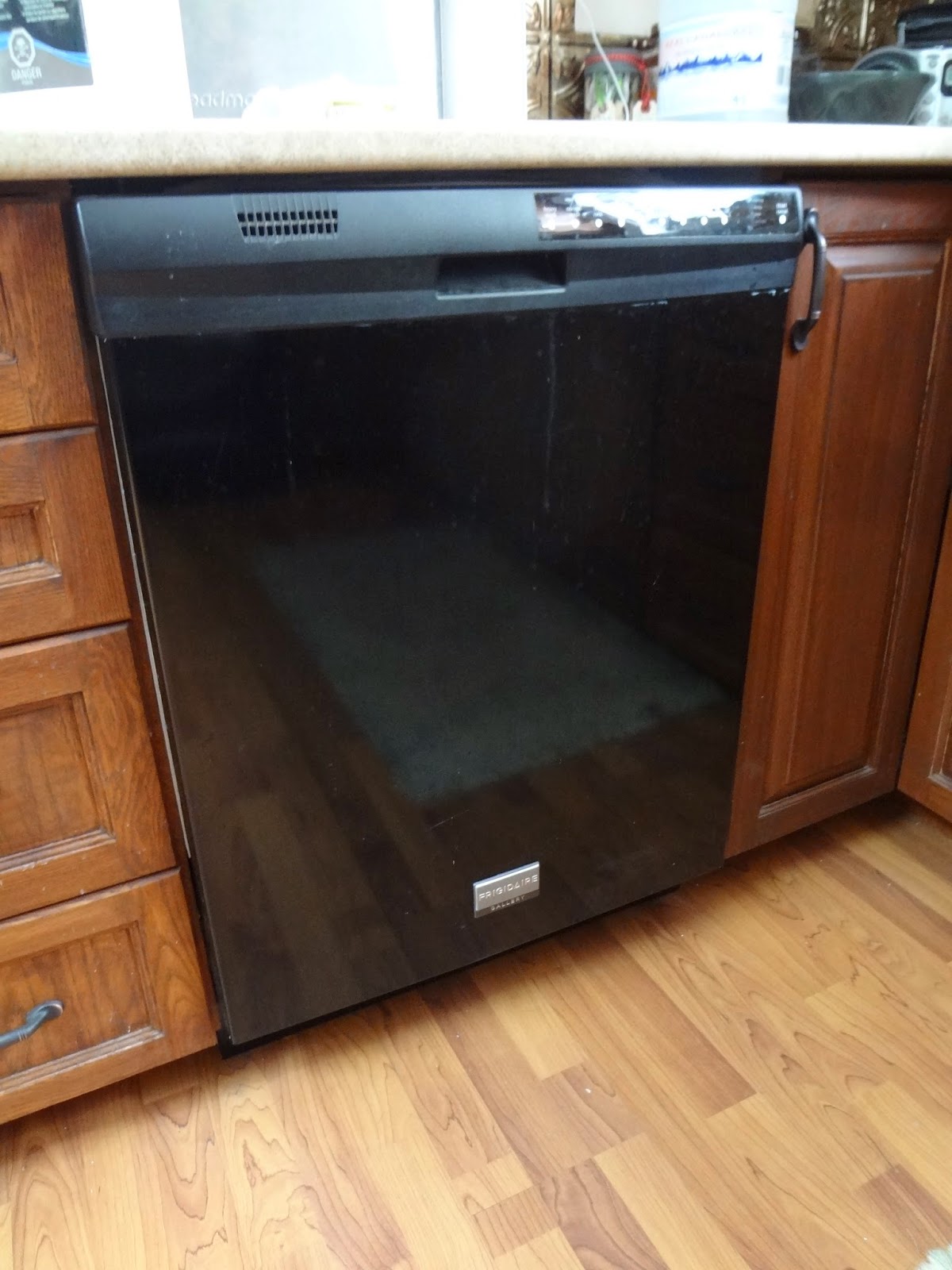 While this may come as a surprise to some of you, I make Dan homemade bread. I know I know, what am I thinking torturing myself in that way? But when I make it myself, I know what ingredients are in it, it's cheaper and it tastes better. I do admit though, some days it's really hard to smell it cooking and then slice it for him. But I love him and this is one of the ways I show it. I do cheat a bit and start off by using my bread machine. I don't like how the bread comes out when it's cooked in it though so I always use the dough setting and then knead, rise and bake in the oven. It's half the work but tastes so much better. 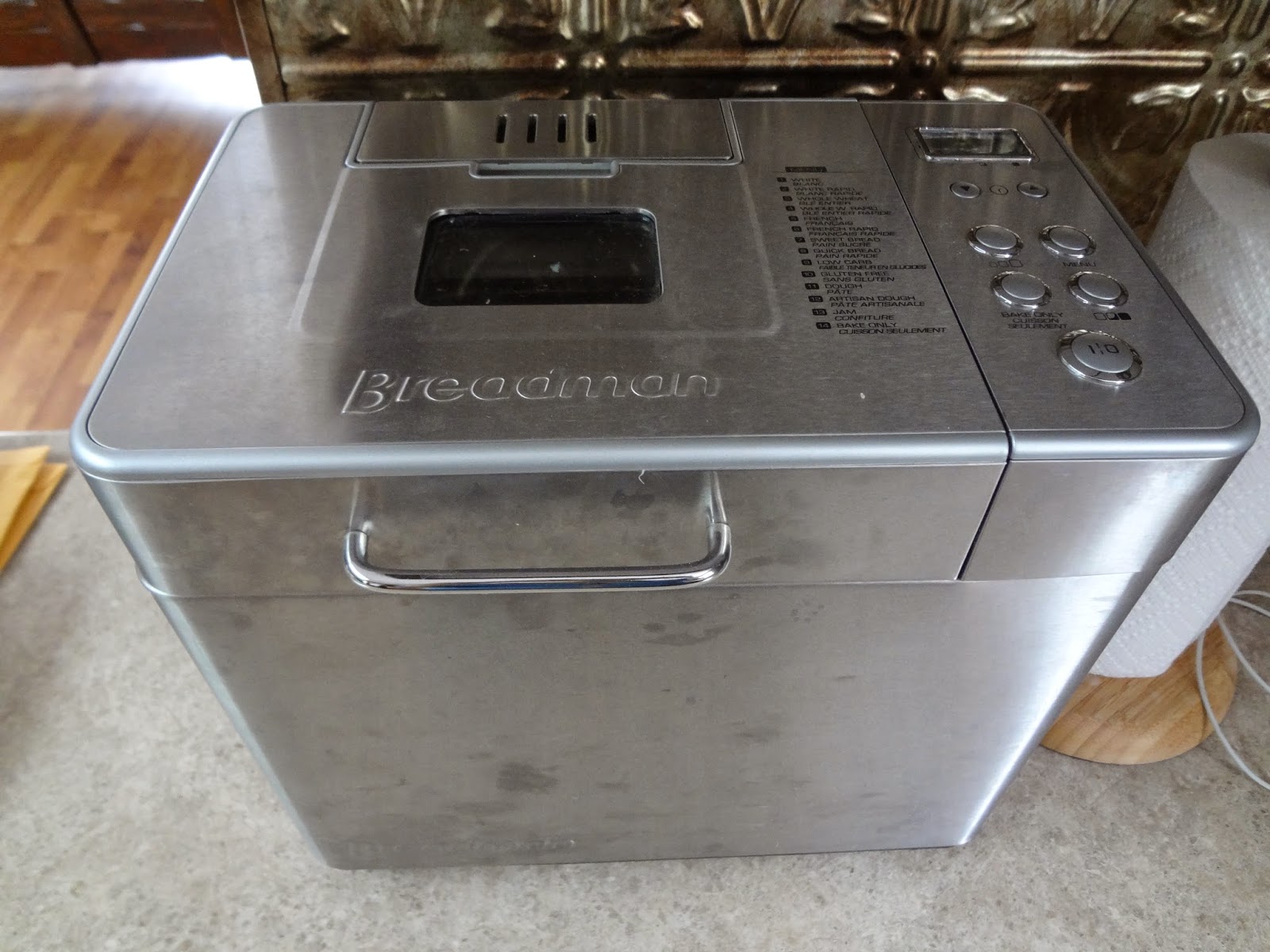 Since this whole post was inspired by the food processor, I better show you a picture of my beautiful one. It's a heavy duty Cuisinart that works like a dream and weighs 10 pounds. Okay, so maybe I'm exaggerating on the weight but it is heavy. Dan bought it for me a couple Christmas's ago and spent way too much on it. But his reason was "it's a kitchen tool and I never cheap out on tools". So I gladly accepted it and love the quality that comes with the higher price tag. 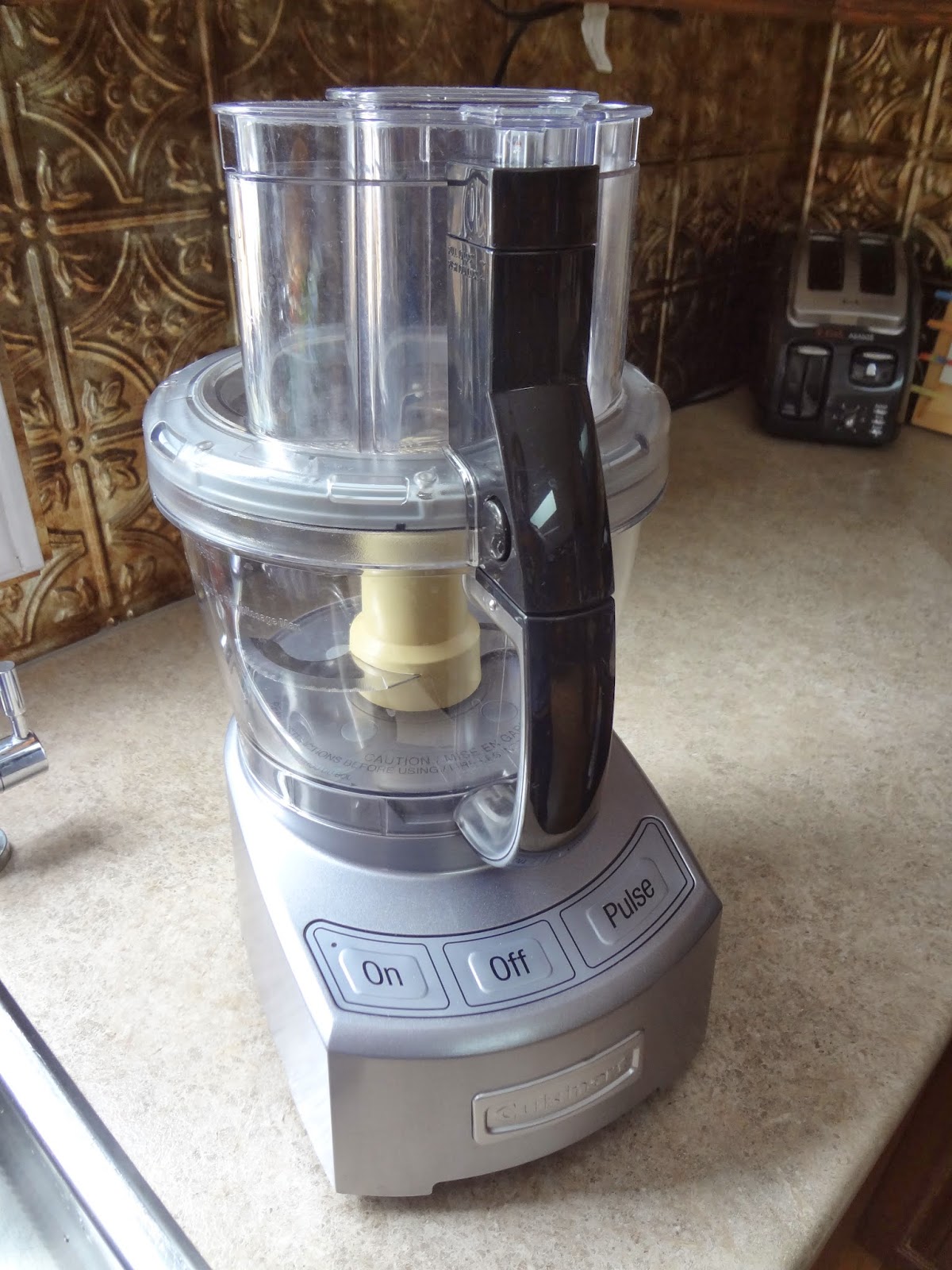 Another common appliance used by me is my toaster. While I have found an amazing gluten-free bread recipe, it still needs to be toasted to make it tasty after the first day or two. I usually eat as much as I can fresh and then freeze the rest. When I want some bread, I take it out of the freezer and toast it until crispy. Yummy! 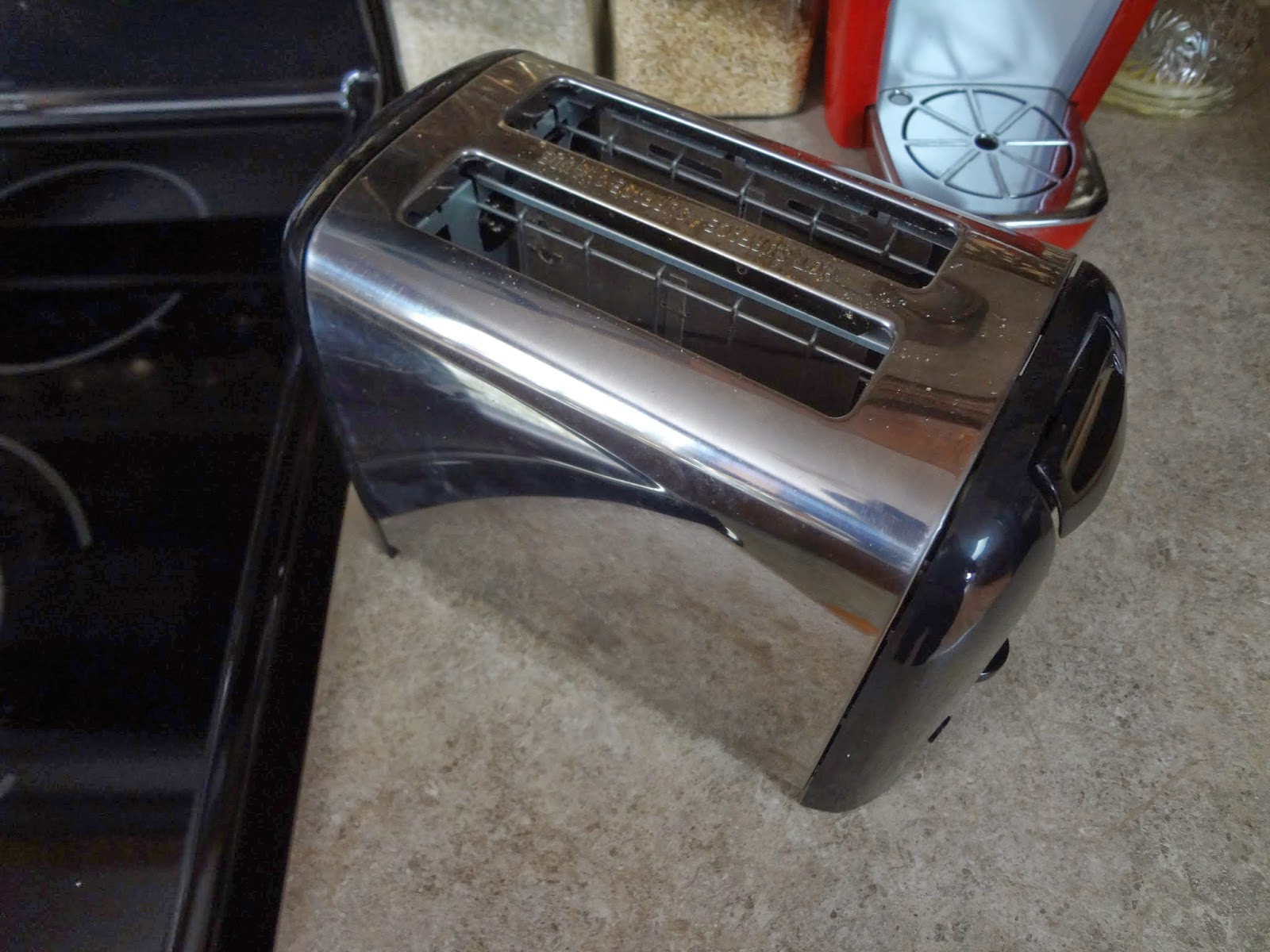 And last but not least, the radio. Okay, so I realize this isn't exactly an appliance and I'm a little behind in times but I totally have my old stereo set up in the corner of the kitchen so I can listen to tunes while cooking. I usually listen to the radio but occasionally I put on a CD if I want something more specific. The stereo gets used on a daily basis, almost as much as the oven, if not more, so I felt bad leaving it out of this line up. 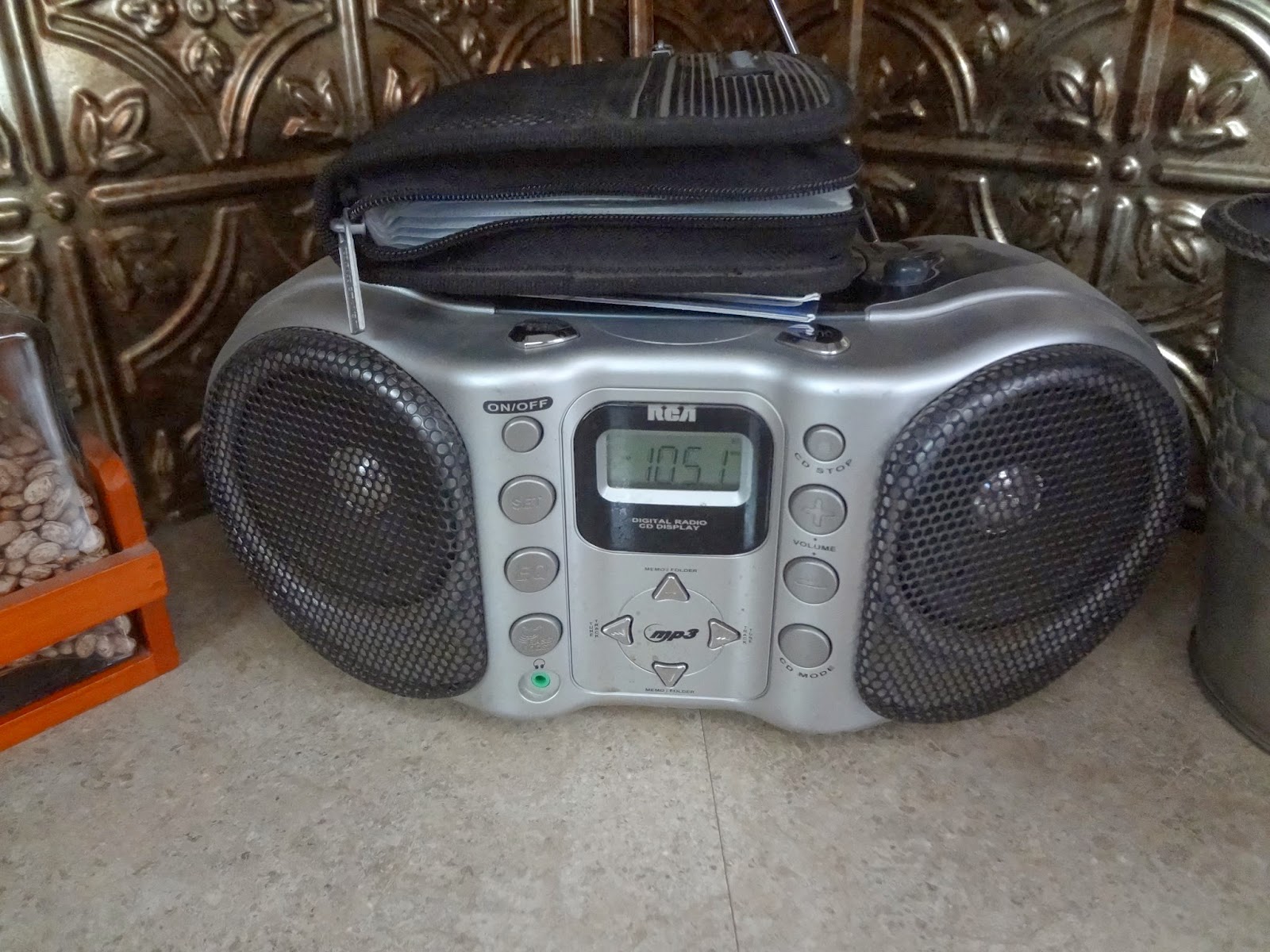 Oh, and after writing this post up, I realized I forgot the fridge. Oops. I do use my fridge all the time so it should have been included in this list.

I have other random things in my kitchen that I use on occasion but this was my top list of items I use and love. Is your list similar? Anything that I'm missing that you couldn't live without? I'd love to hear what your "must haves" are when it comes to being in the kitchen.
Posted by Jenn0021 at Wednesday, March 26, 2014