Today is Ash Wednesday which means that it is the first day of Lent. I am not Catholic and I don't normally participate in lent but I thought that this year I would. I have given up movies for lent twice in the past and it was hard! I never really realized how many movies I do actually watch until I had to give them up for 40 days. But I totally did it and was proud of myself afterwards.

This year I toyed with the idea of giving up sugar but after thinking about it for a while, decided against it for a few reasons. Reason #1 being that I already have so many foods on my can't eat list that I thought adding a new one would just make it too dang hard, not to mention depressing. Reason #2, my birthday is during lent and I couldn't quite imagine a birthday with no form of sugar. So I scratched that idea off my list of possible things to give up.

I then turned to Google for ideas and came across a lot of crazy ones. I am not going to be giving up my pillow or sleeping in a tent in the yard, sorry. But I did come across some good suggestions of doing something new instead of giving something up. Brilliant, right?

So it was decided that instead of giving up sugar, I would write a note/letter/email/whatever to someone each day of lent encouraging them. That way, I will be thinking of others and hopefully lifting them up for a day, instead of wallowing in self pity over the lack of sugar in my life. Not too bad of an idea if I dare say so myself.

That being said, I am still planning on minimizing my sugar intake, especially of refined sugars like white and brown. I want to try experimenting with honey and other substitutes in my baking and putting less sugar into things. Instead of cutting cold turkey, I am going to try making a lifestyle change.

Are you doing anything for lent, whether it's giving something up or adding something in? Have you participated in lent in the past? Plan on it in the future?

Oh and because yesterday was Pancake Tuesday, here is a picture of our yummy supper last night. 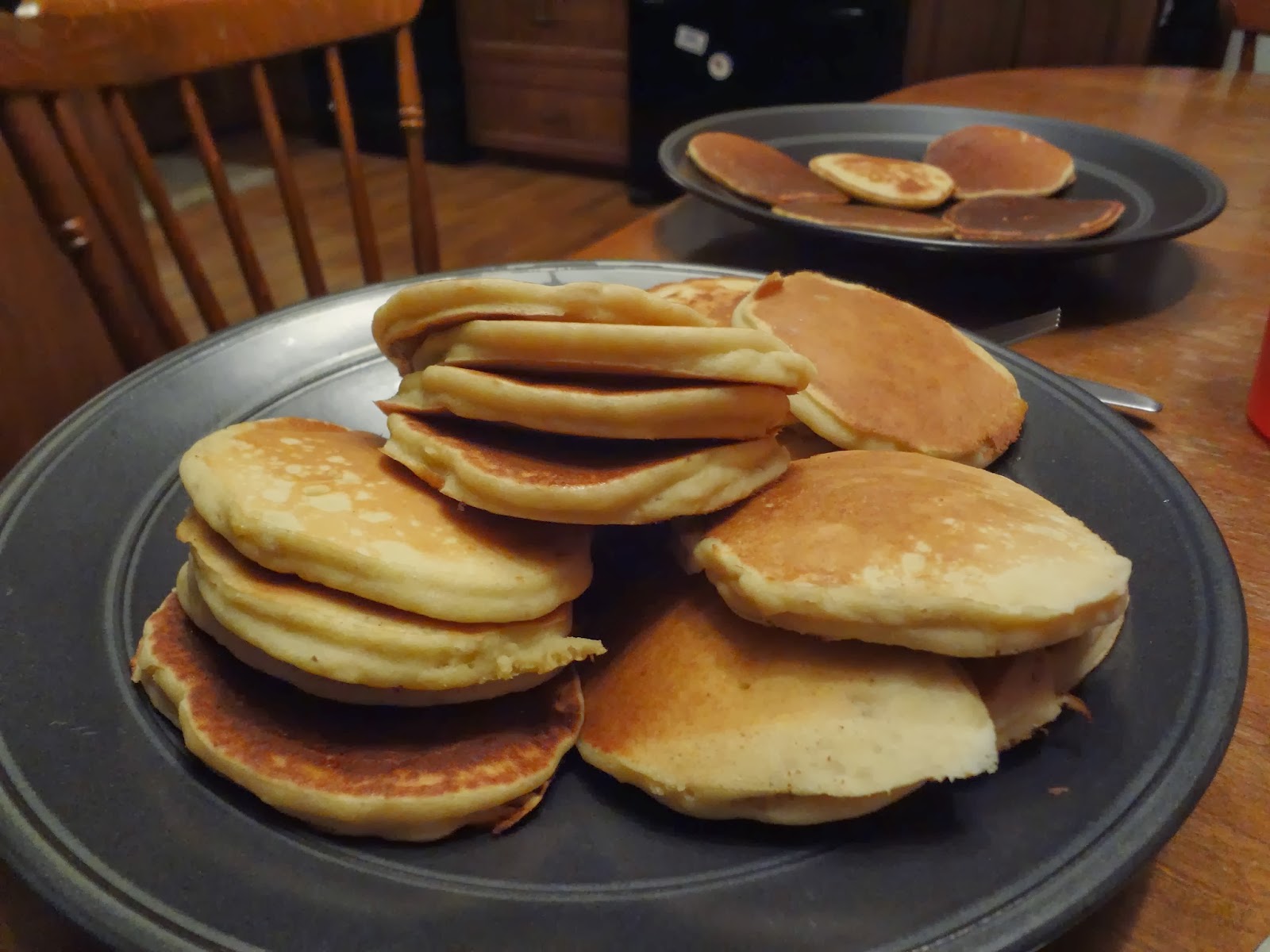