Basically it's just an excuse to get together with friends and eat good food and make fun crafts. The only thing is, everyone needs to bring a snack that they found on Pinterest and we make crafts found on Pinterest. 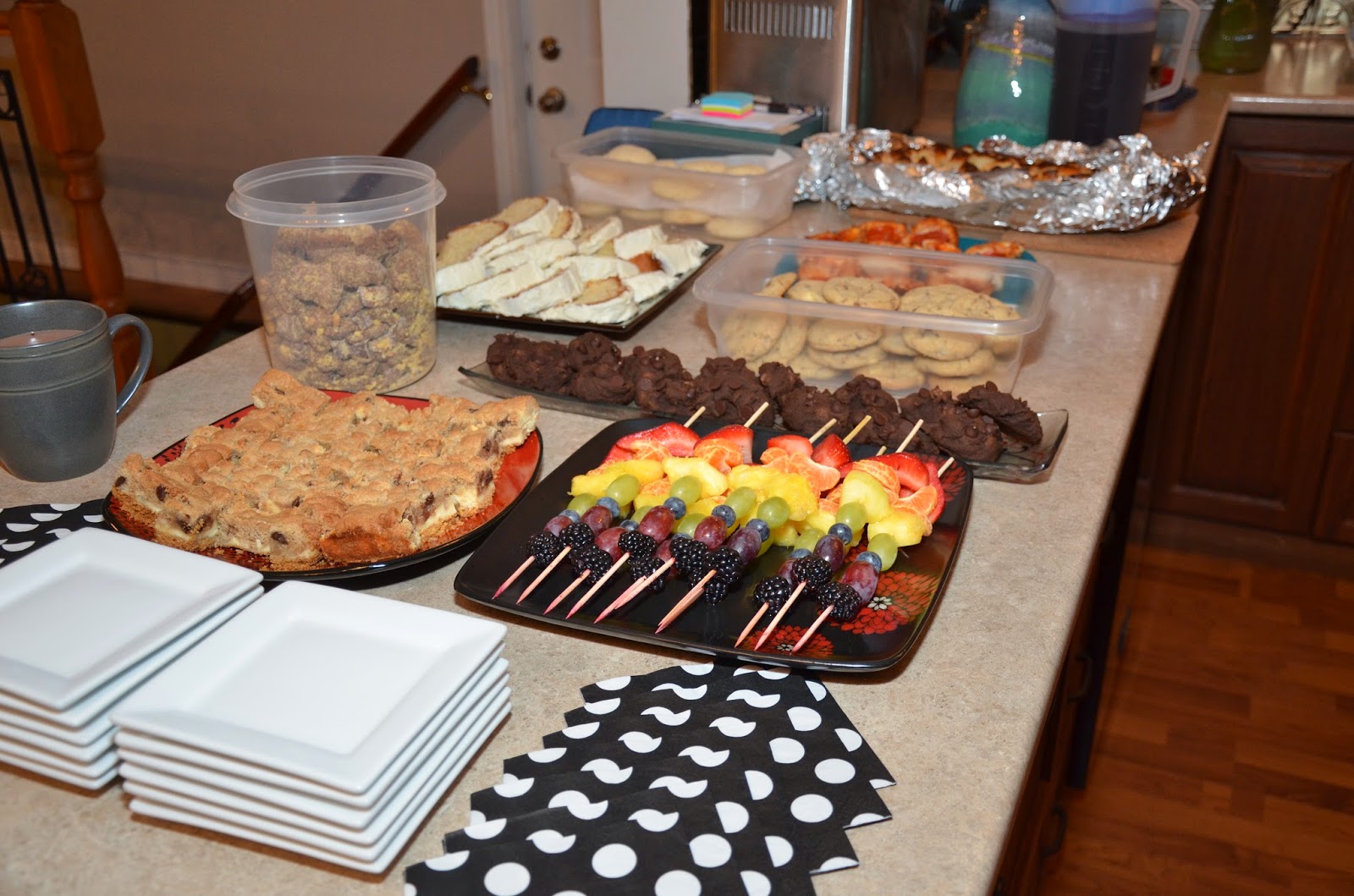 The food looked totally amazing, even if I couldn't eat most of it. Thankfully, my sister-in-law Trish brought fruit kabobs for which I was eternally thankful. 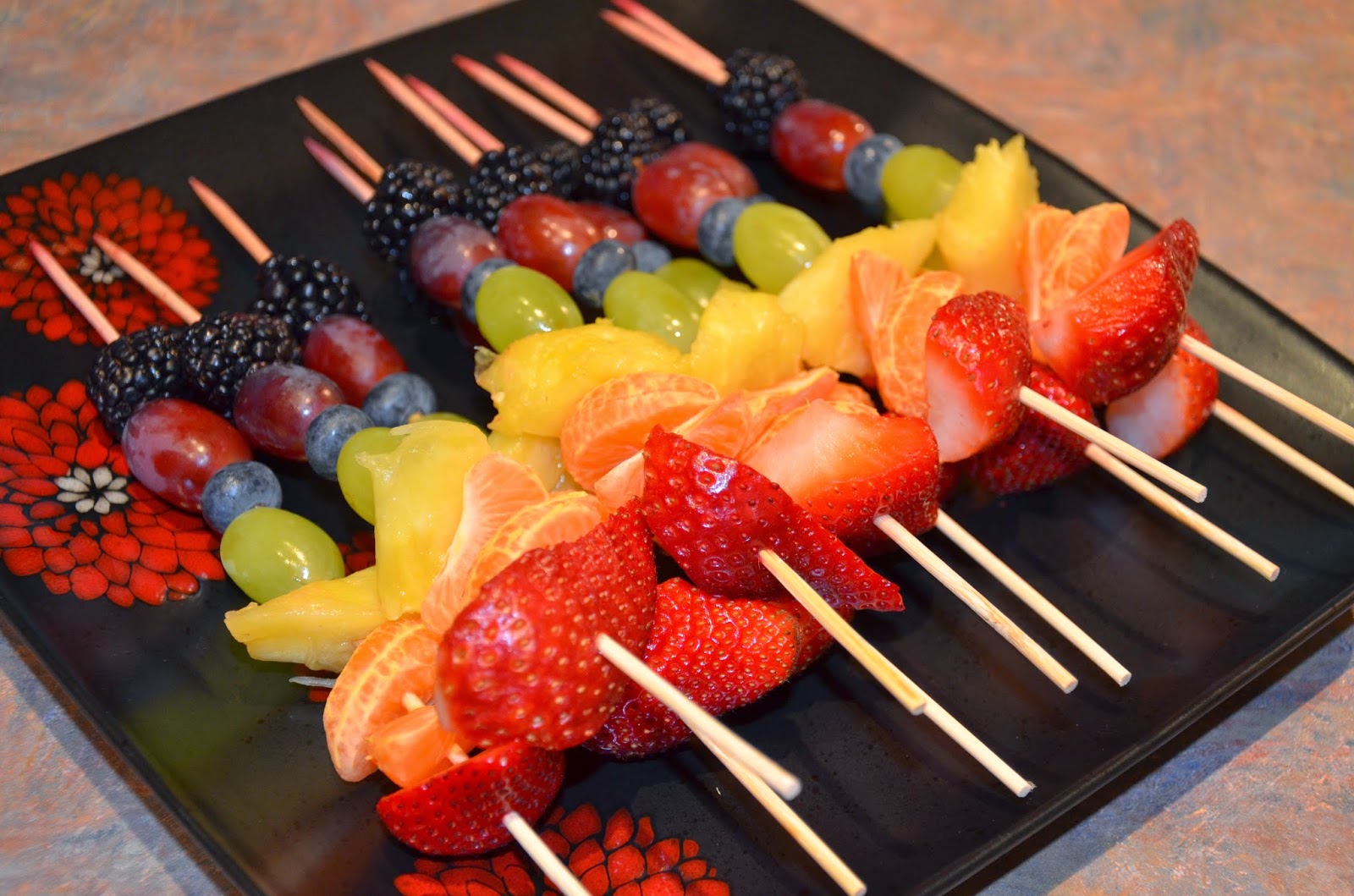 Speaking of Trish, she is the one who took all the pictures for this post so all photo credit goes to her. If you want to see more of her work, check out her website www.trisheastonphotography.com. 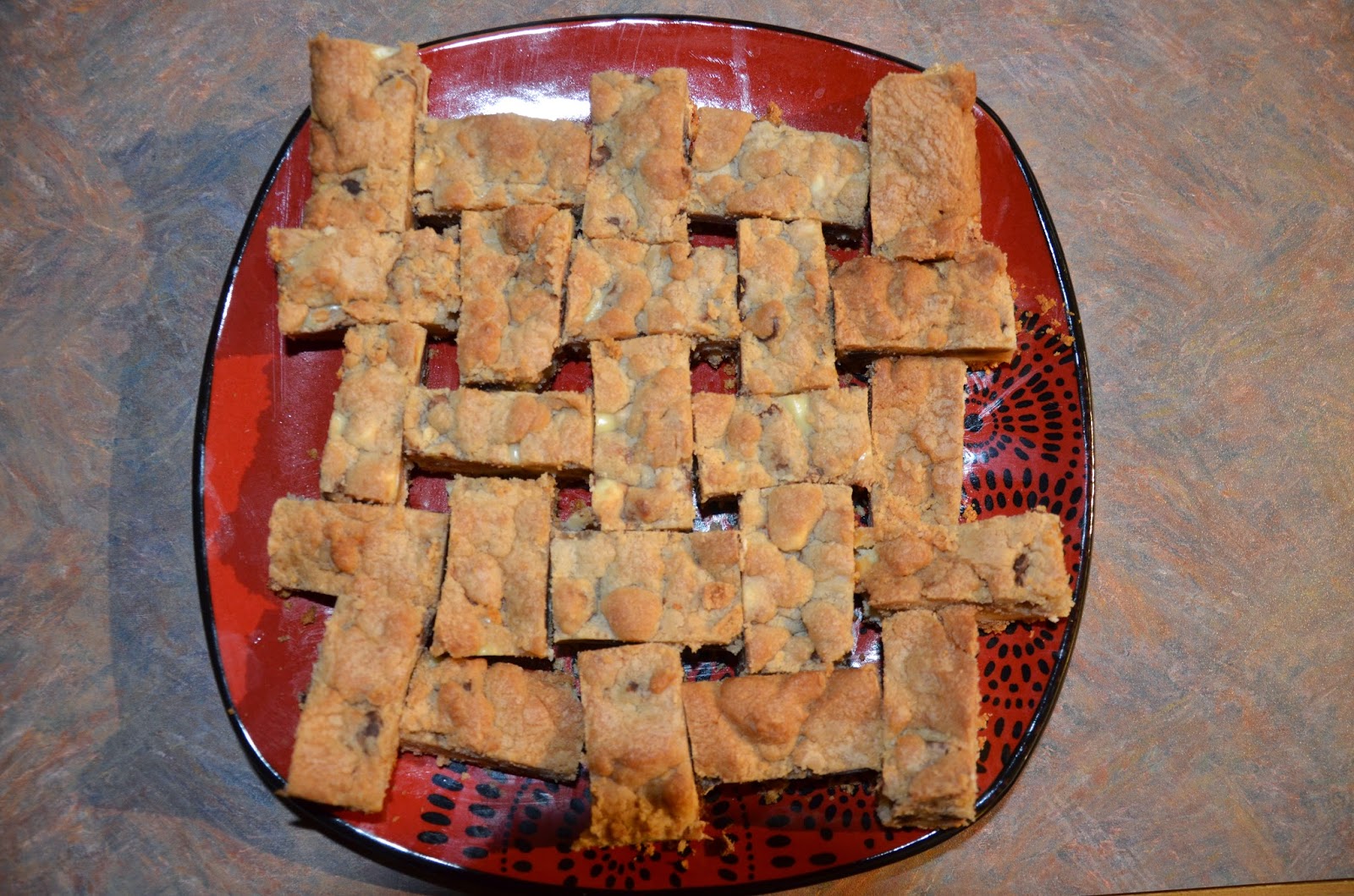 There were eight of us girls in total, so there was plenty of food to go around. It didn't help that half of them had just come from a potluck, so not too many were actually hungry. 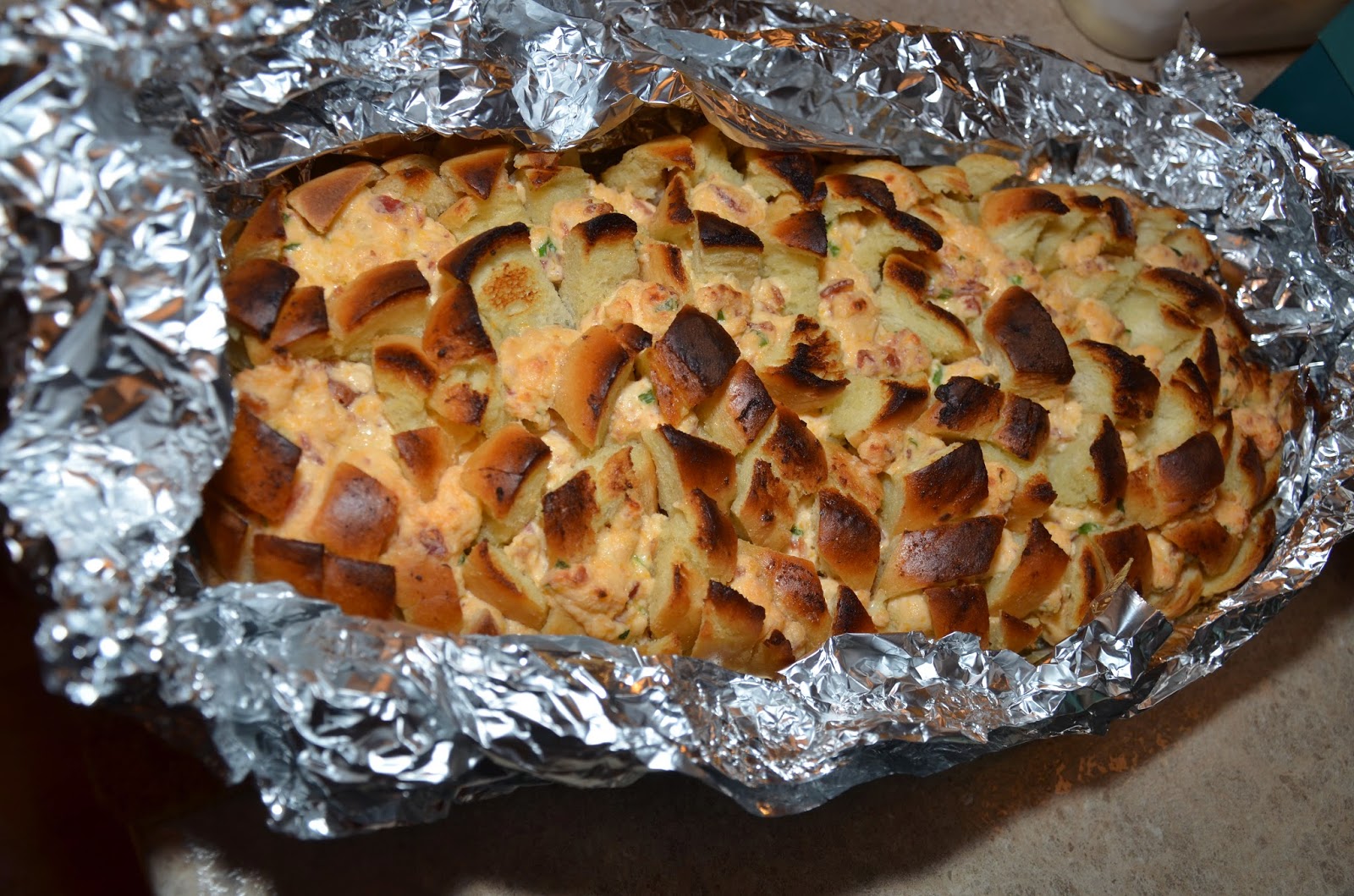 But don't you worry, a significant chunk of food was eaten. Dan even got to help with some of the leftovers. 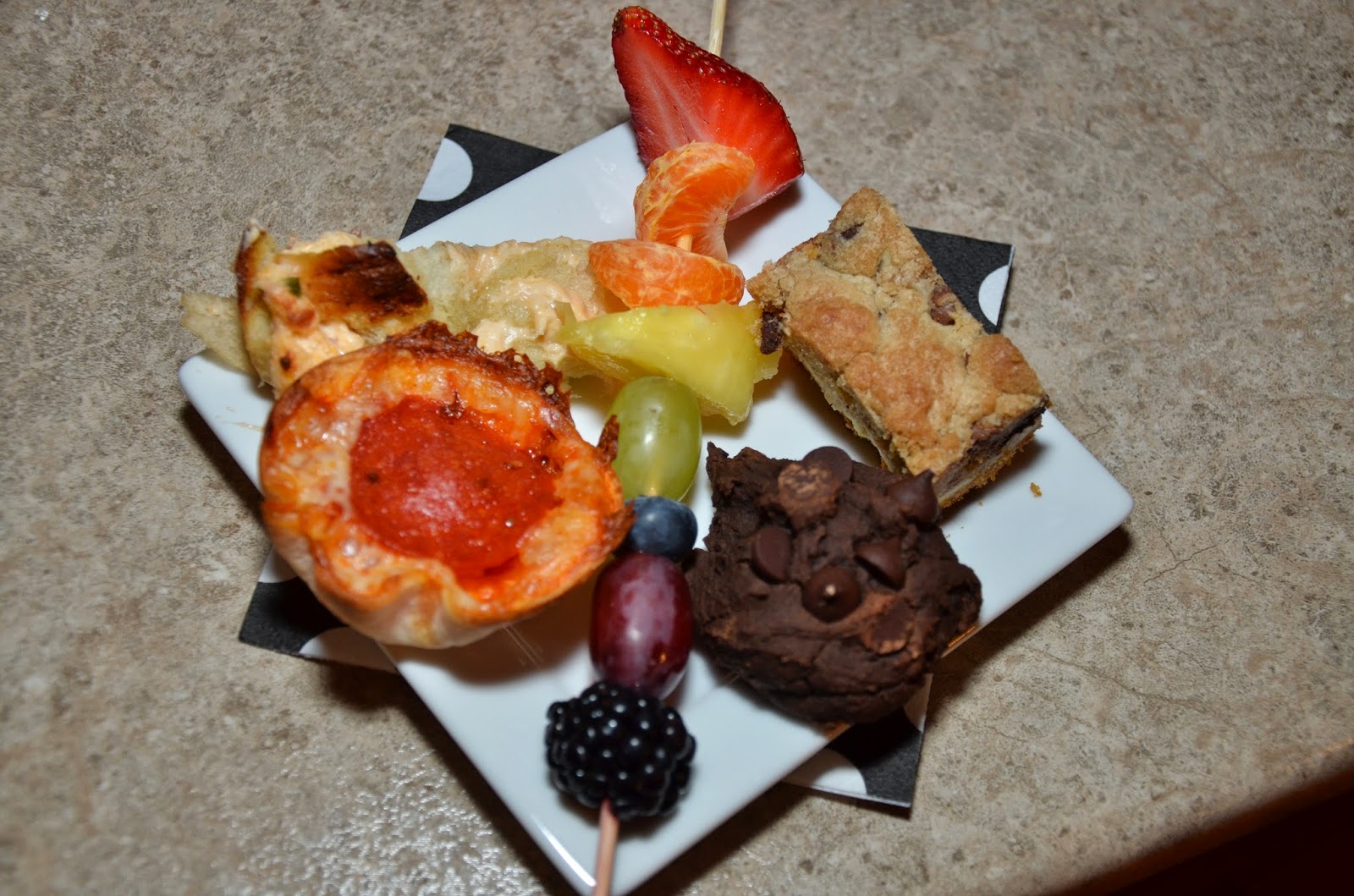 Once we were all full of food, we moved on to the craft portion of the evening. We had two crafts to do, both of which I had tried out ahead of time to make sure they weren't going to be epic Pinterest fails. 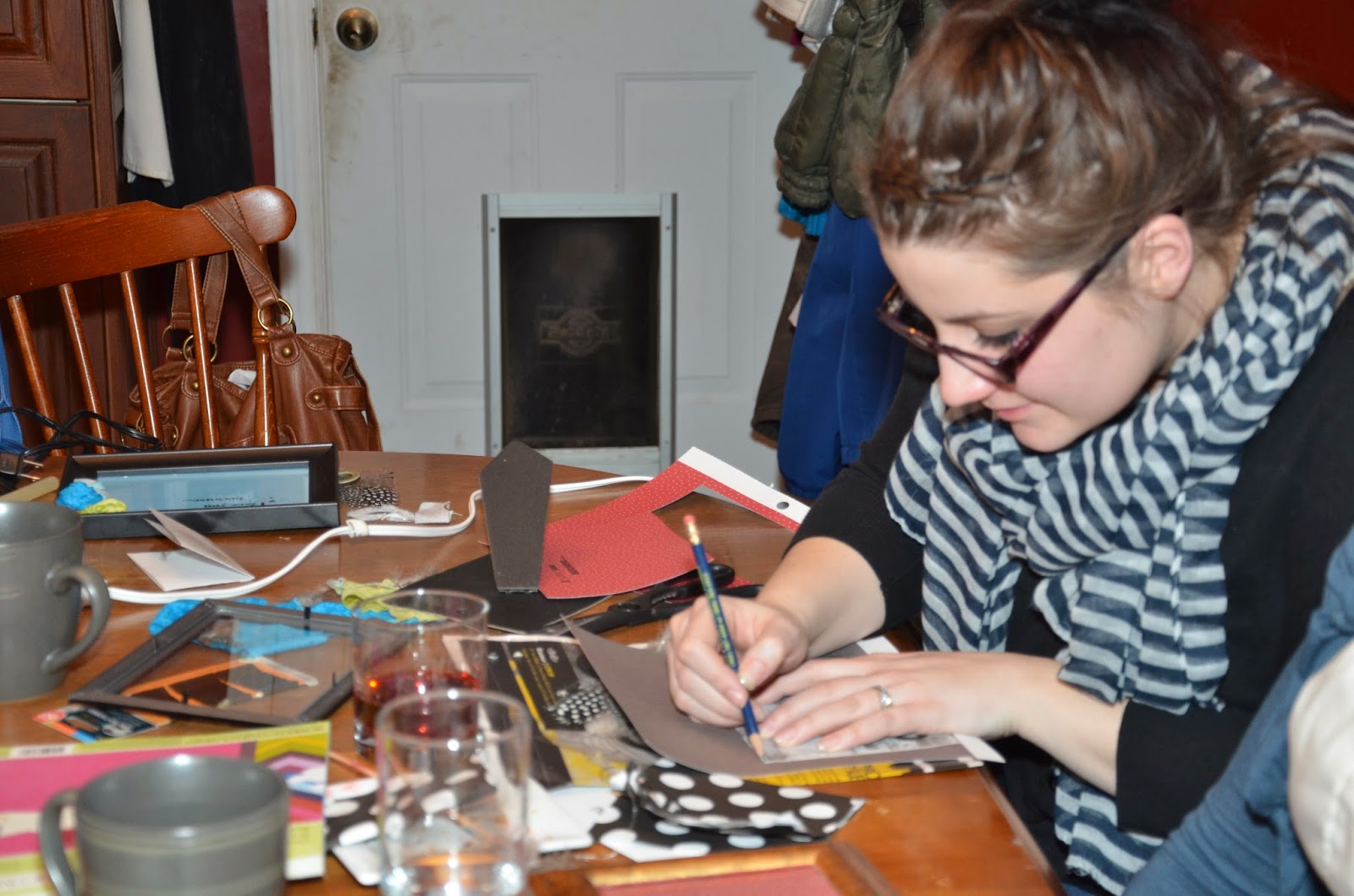 We loaded down our kitchen table with supplies and we all laughed and talked while we worked. It was a ton of fun and the time just flew by. 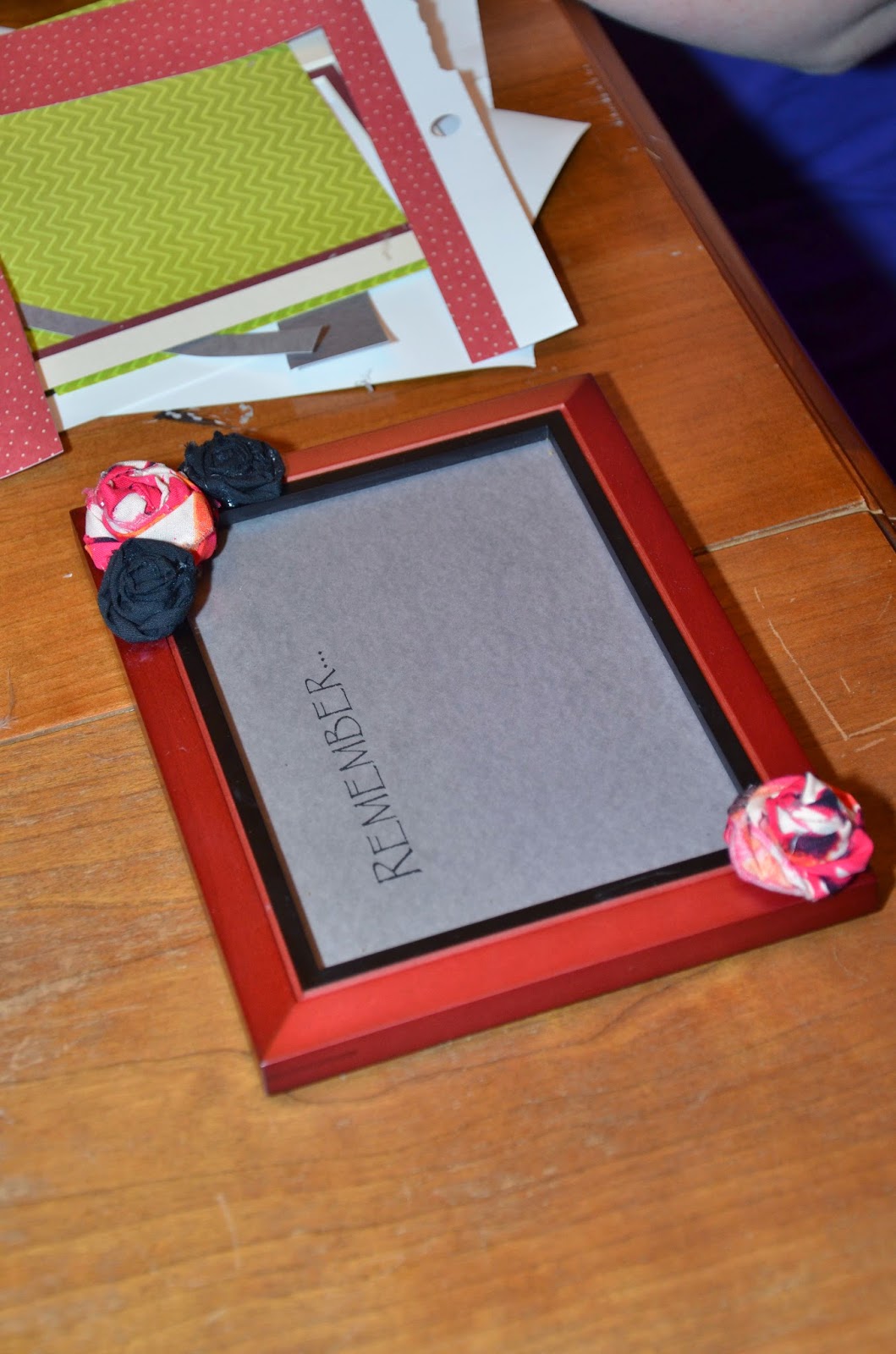 We made small white boards out of picture frames inspired by this pin. 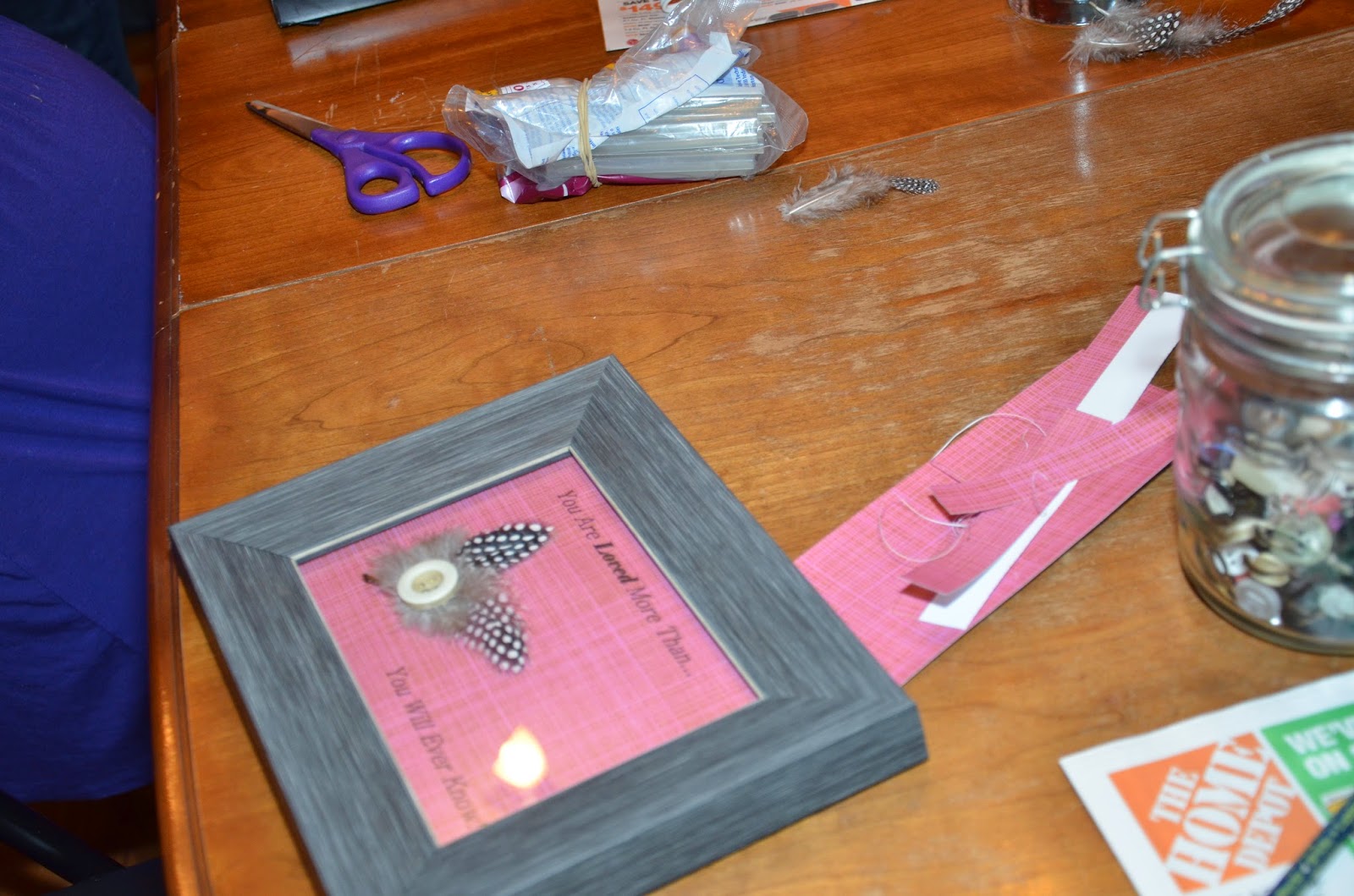 Then we made cute feather hair clips, using feathers, a button and a bobby pin, inspired by this pin. 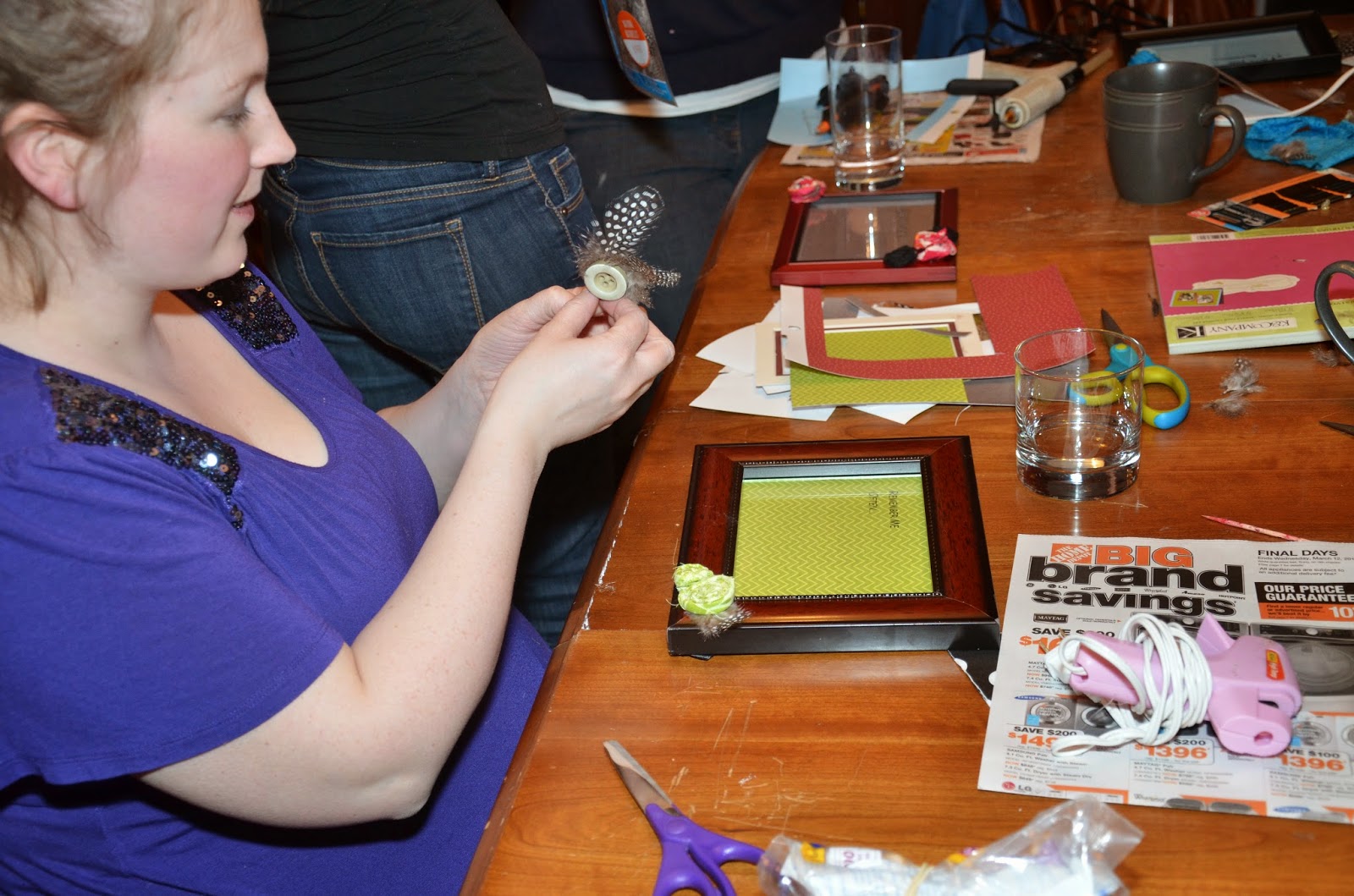 Once we all finished our hair clips, we thought it best to model them. Good idea, right? 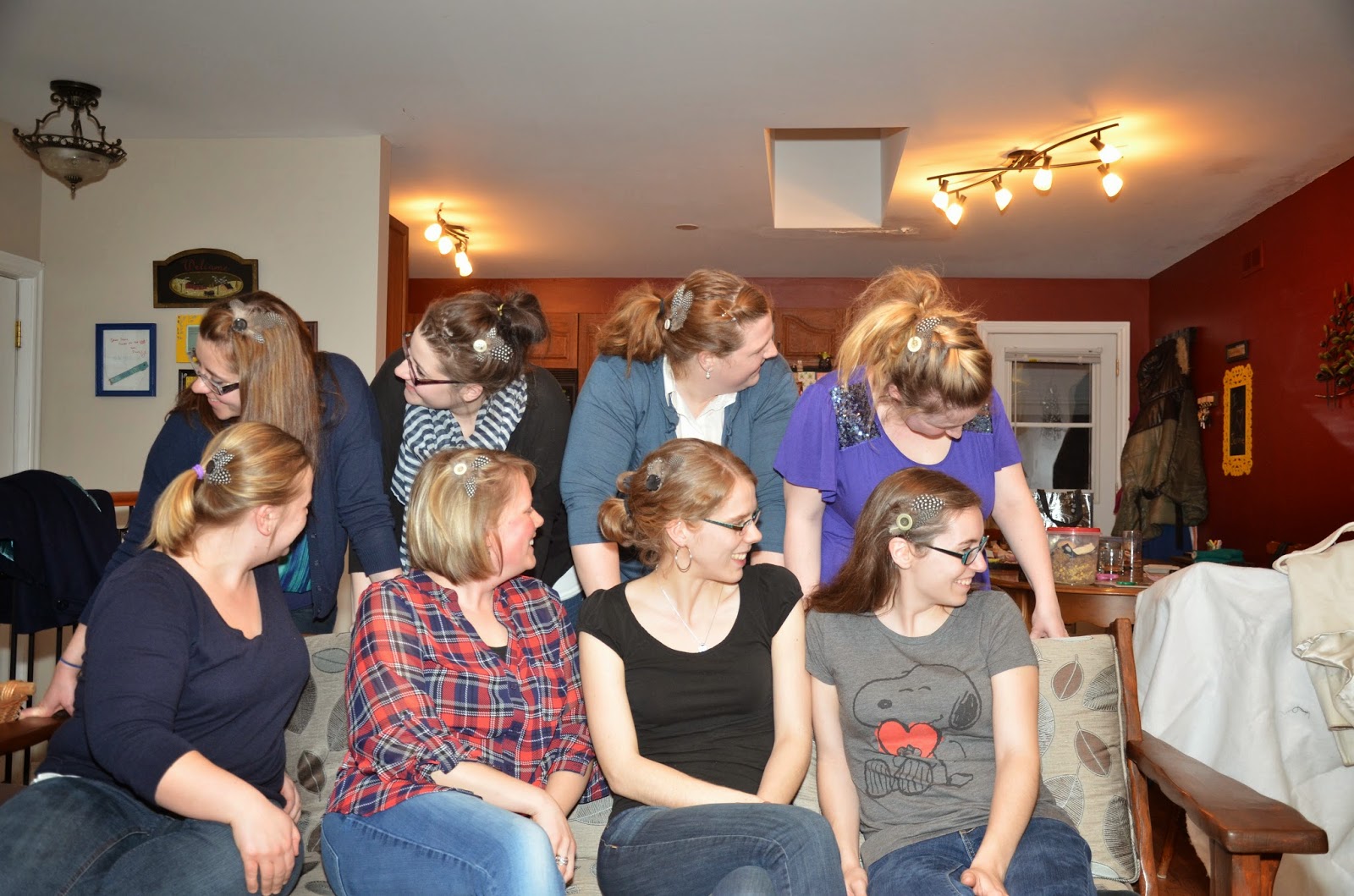 I love our smiles in the above picture, since we all felt pretty silly turning our heads to the camera. We also thought we should probably actually turn and look at the camera for at least one picture. 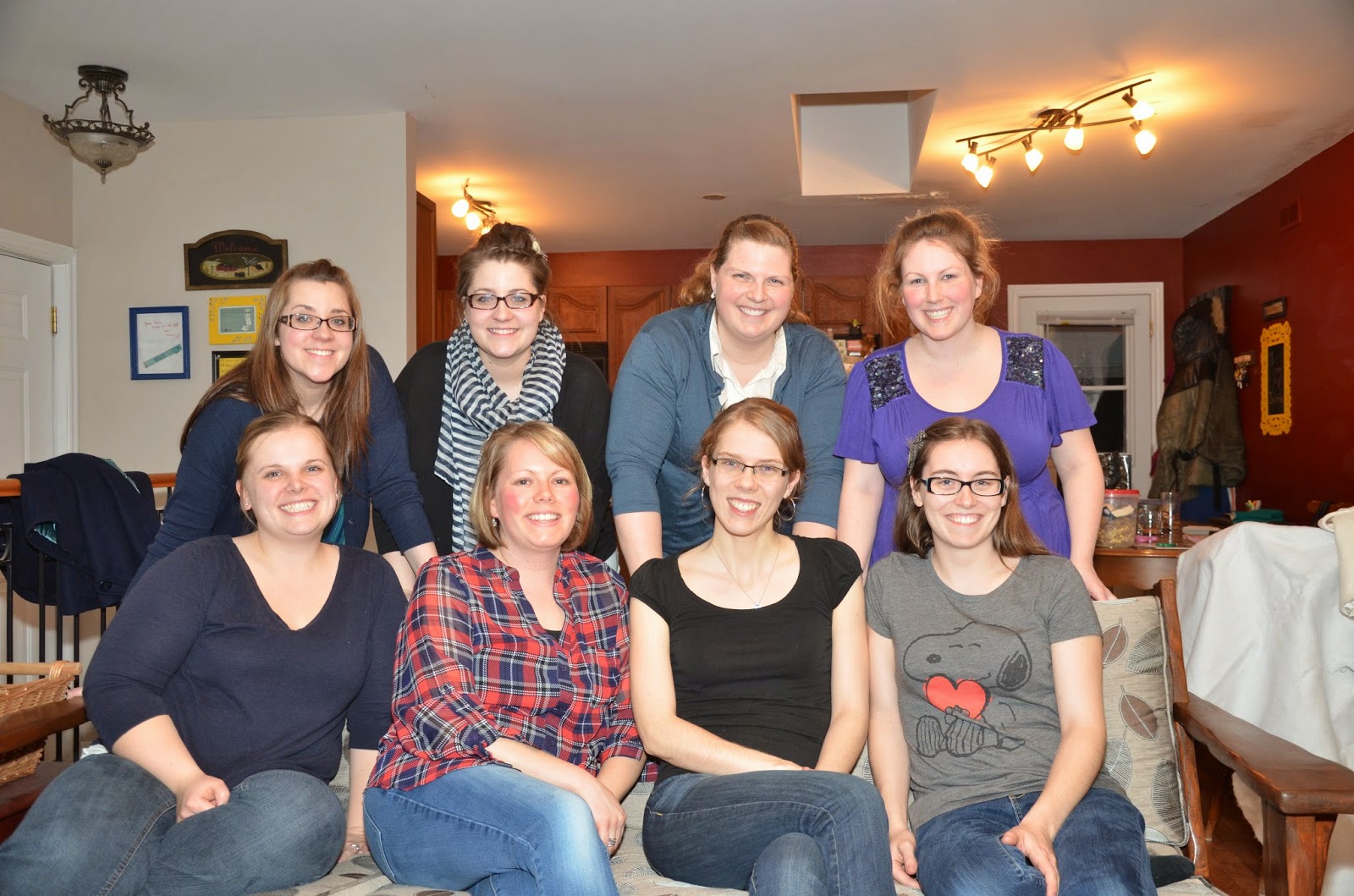 It was such a fun group and we had a blast together. I am already trying to find more craft ideas for our next one, since I'm thinking this has to be a semi-annual event.

Anyone else ever hosted or attended a Pinterest party before?
Posted by Jenn0021 at Tuesday, March 18, 2014