Since it's still cold and snowy out there, I've decided to share some photos we took a week and a half ago and pretend that we're having the weather we were then. One of our projects for this summer is to build a bigger deck off the side of our house/sunroom. The previous owners had built a mini deck that served no purpose. See picture below for an idea on size. 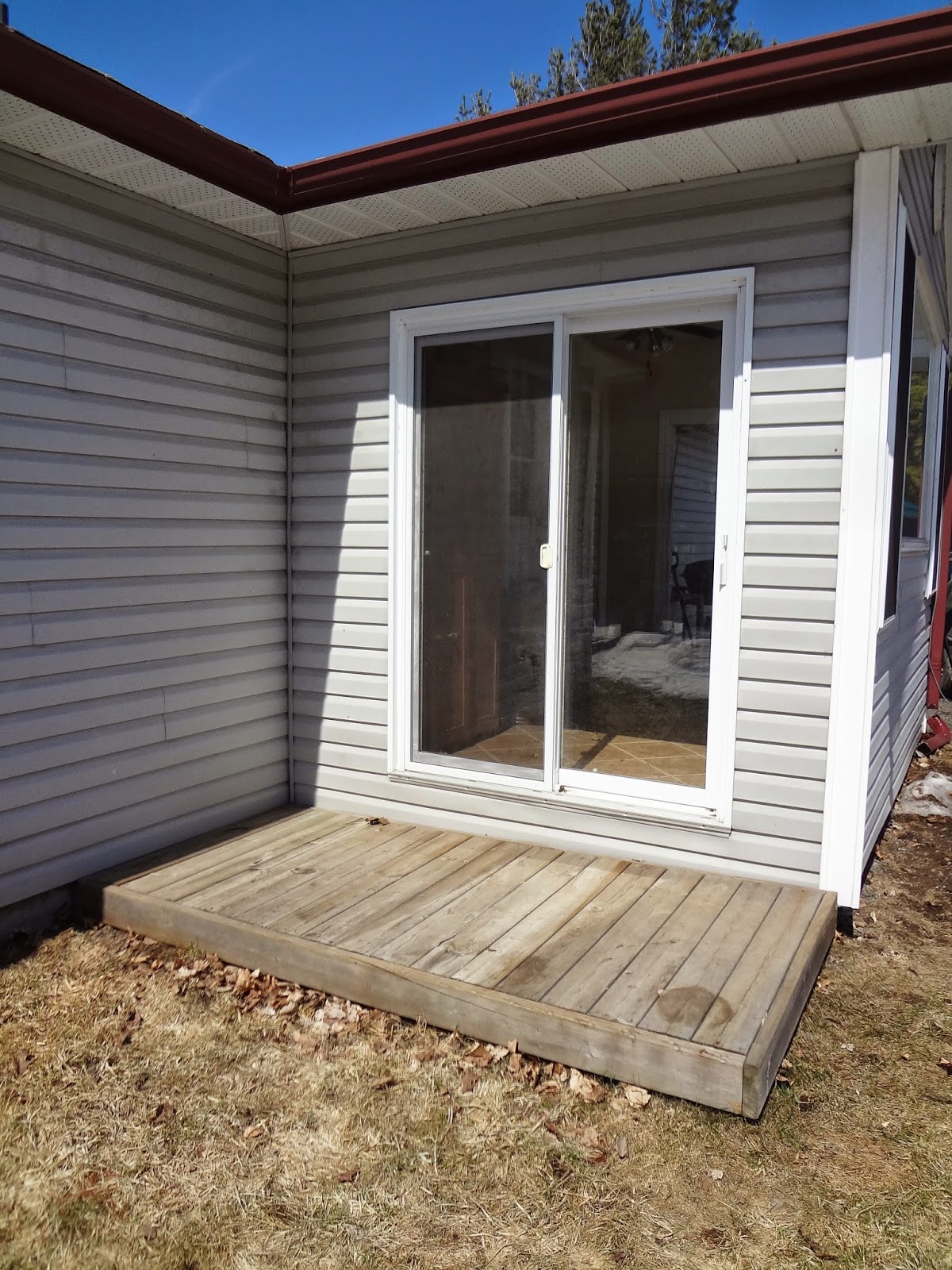 The only one of us who used it was Mia, who slept there on sunny days. But mostly, it just served as a giant step out of the sunroom on that side. 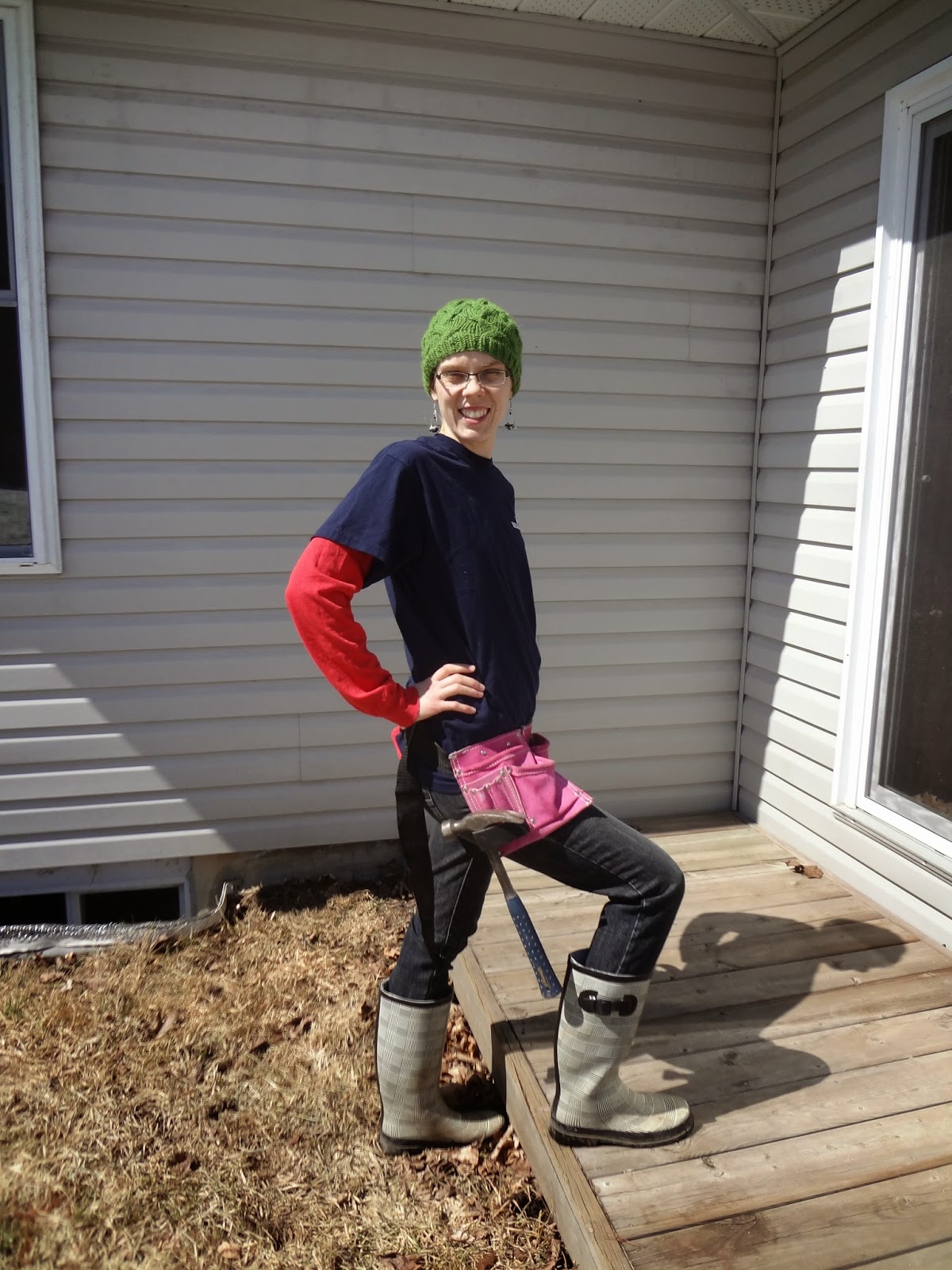 So on our first sunny weekend, we decided it was time to rip it out. See how well prepared I was?

Dan and I worked together, removing nails and screws and boards. It actually went pretty quickly and was easier than I thought it would be. 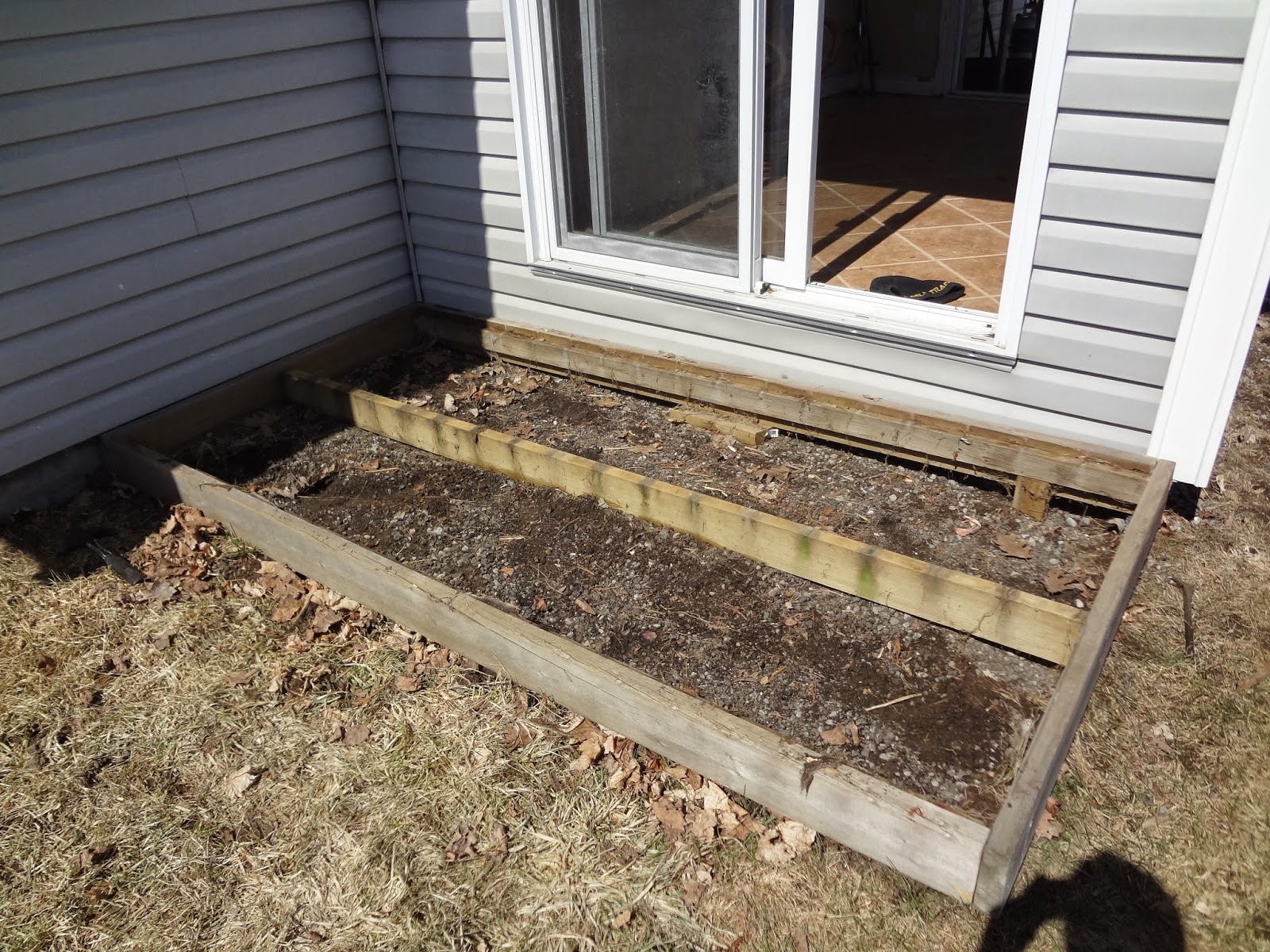 We were soon left with a pile of boards and an area of dirt. 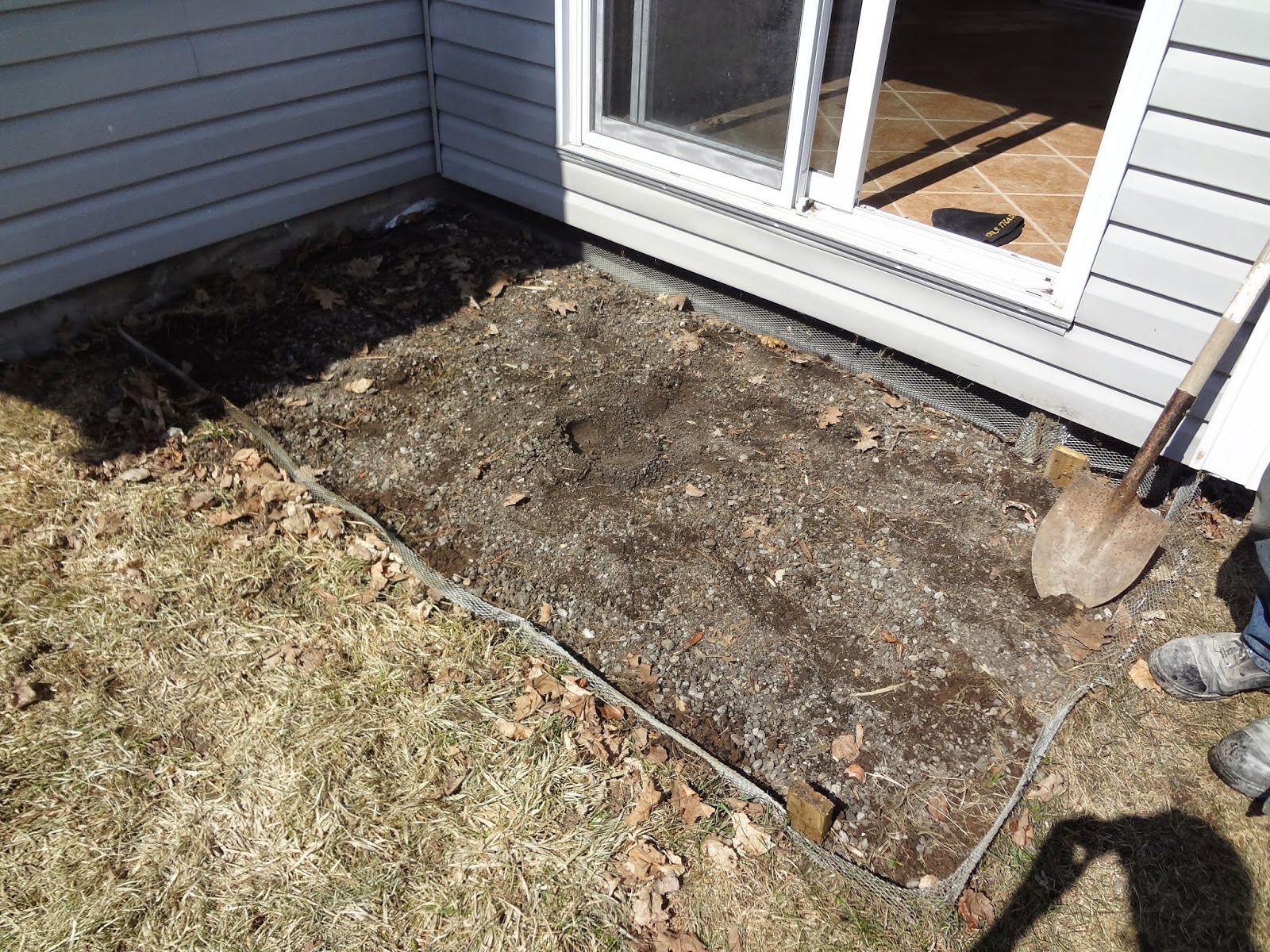 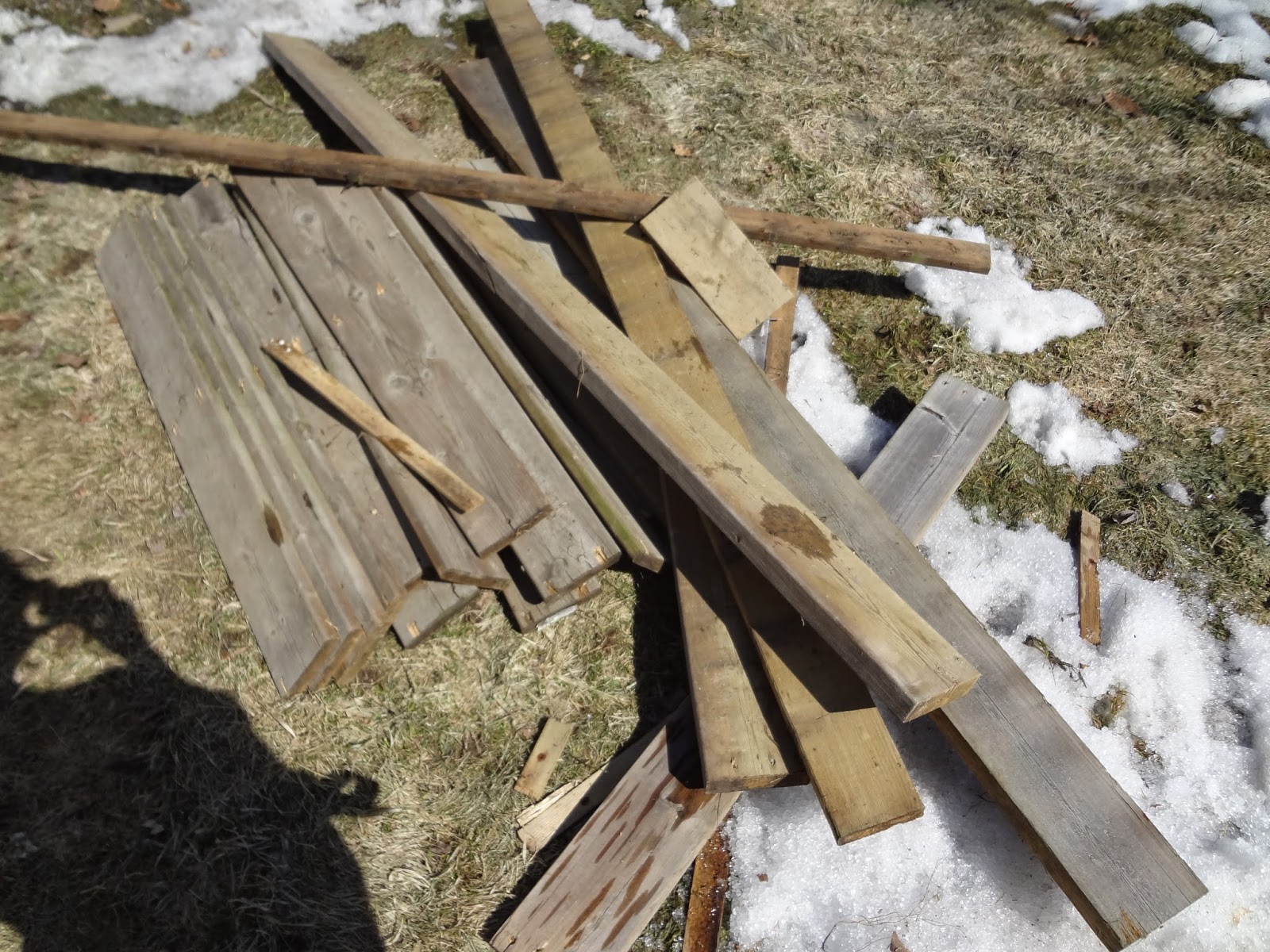 Part of the reason why we wanted to remove the old deck before we were ready to build a new one is so that we could start digging down along the foundation. We're hoping to reseal the foundation all along the back wall and hopefully prevent any more leaking into our guestroom.

We started digging by hand, but after a couple hours of work like that, we decided we'll be renting/borrowing a mini excavator to finish the project. 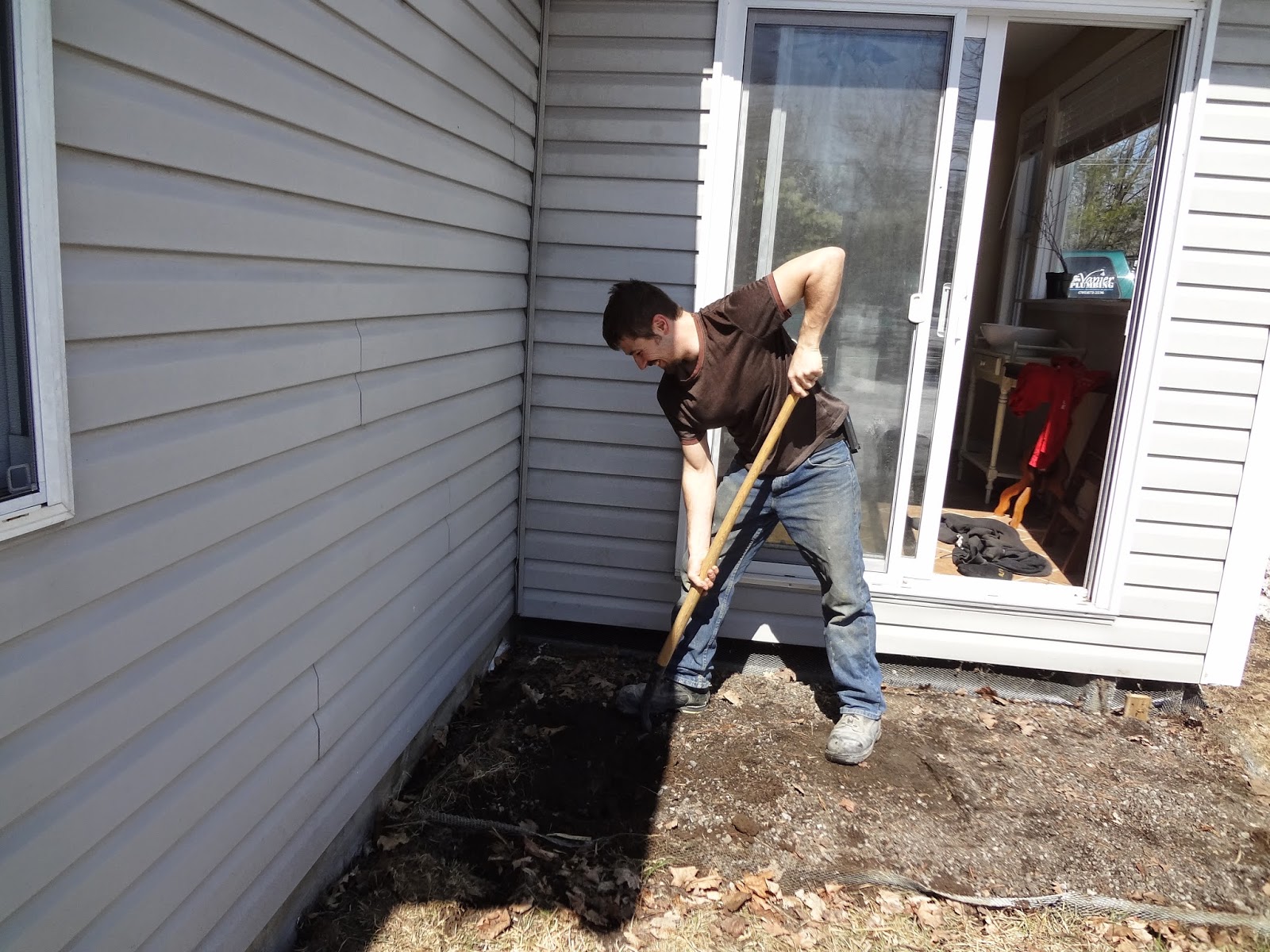 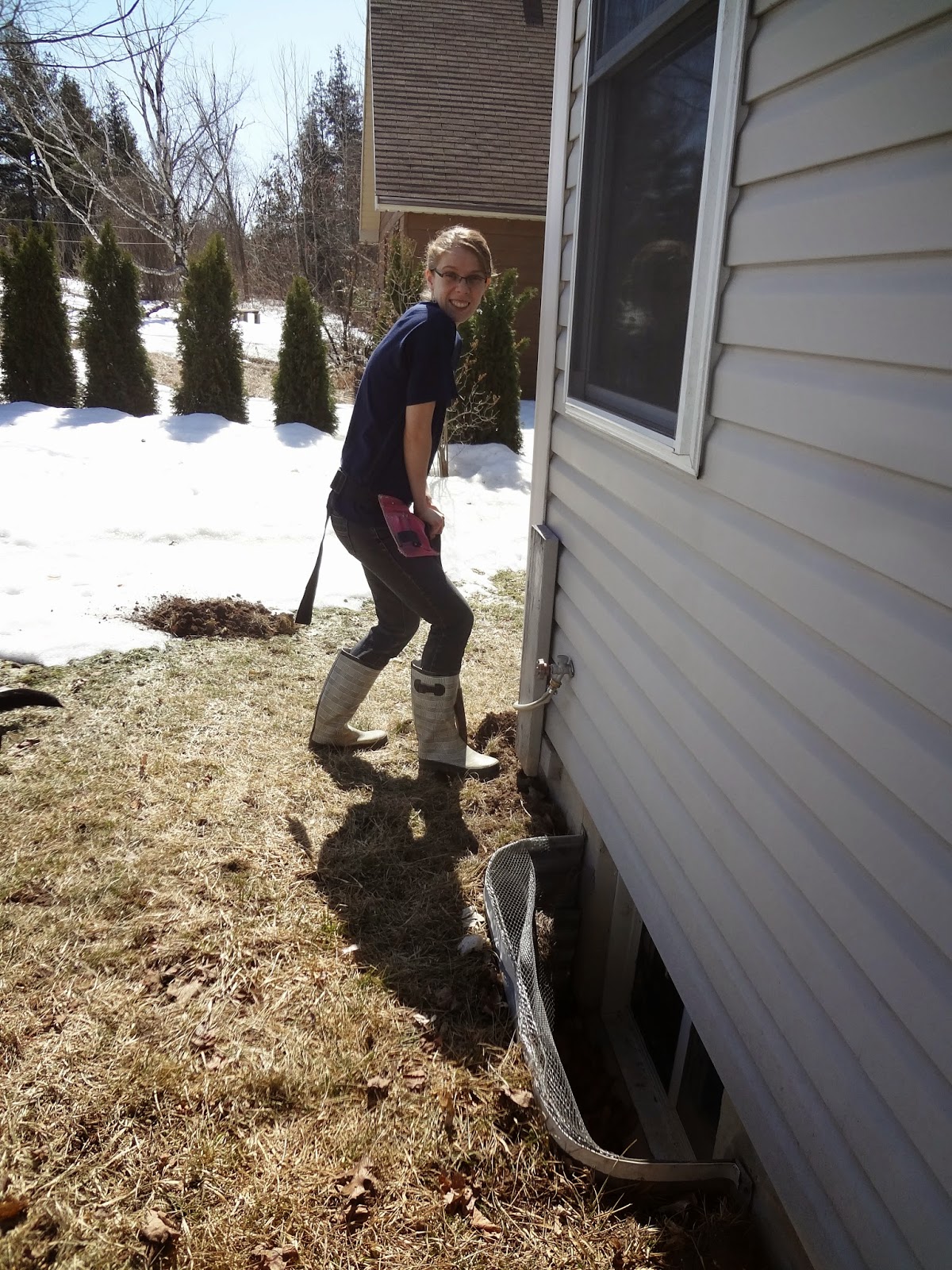 I realize that this post isn't all that exciting since it just talks about the destruction of our deck and not about building anything, but I wanted to share it with you while it was still fresh. Plus, now you can wait with me until we get a new one built! The plan is to  build one bigger that we can actually put a patio set on, but we'll see if that changes over the summer.

I hope everyone has a good Wednesday and that the weather is better than yesterday.
Posted by Jenn0021 at Wednesday, April 16, 2014

Email ThisBlogThis!Share to TwitterShare to FacebookShare to Pinterest
Labels: Yard