I have FINALLY gotten around to writing up a post and sharing pictures of our big guestroom reveal. I know you have all been waiting for months and I apologize for my delay. Hopefully it will be worth the wait though.

Back in the summer of 2011, when we moved into our house, I would have told you immediately that I loved all the paint colours in the house except for the guest room. It was a nasty purple colour and I had every intention of painting it shortly after moving in. 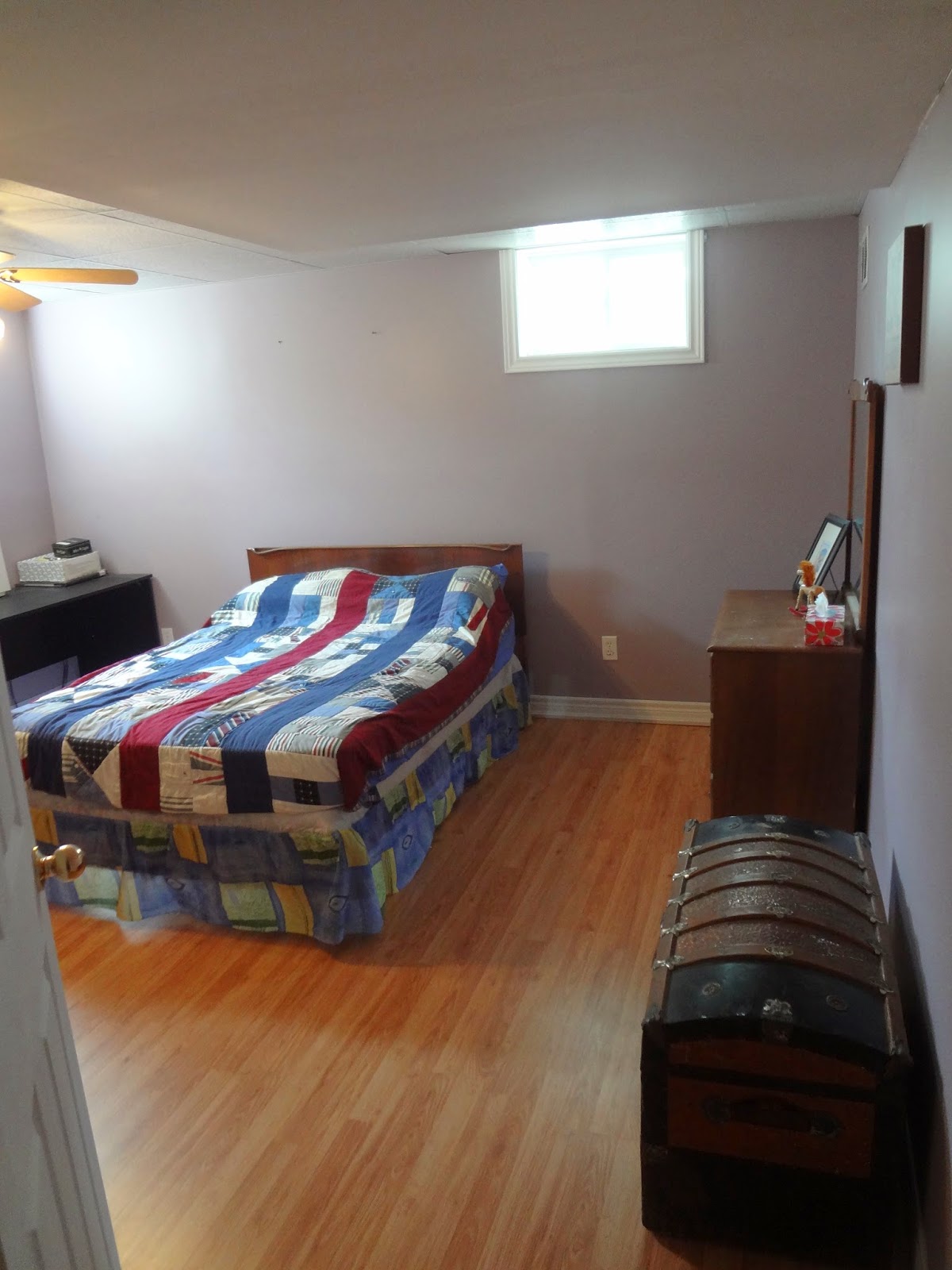 But it didn't happen that way at all. You see, Dan had more goals for that room and so we had to wait until we could to it properly before going through the hassle of painting. And so, two years passed by before we even touched the room. 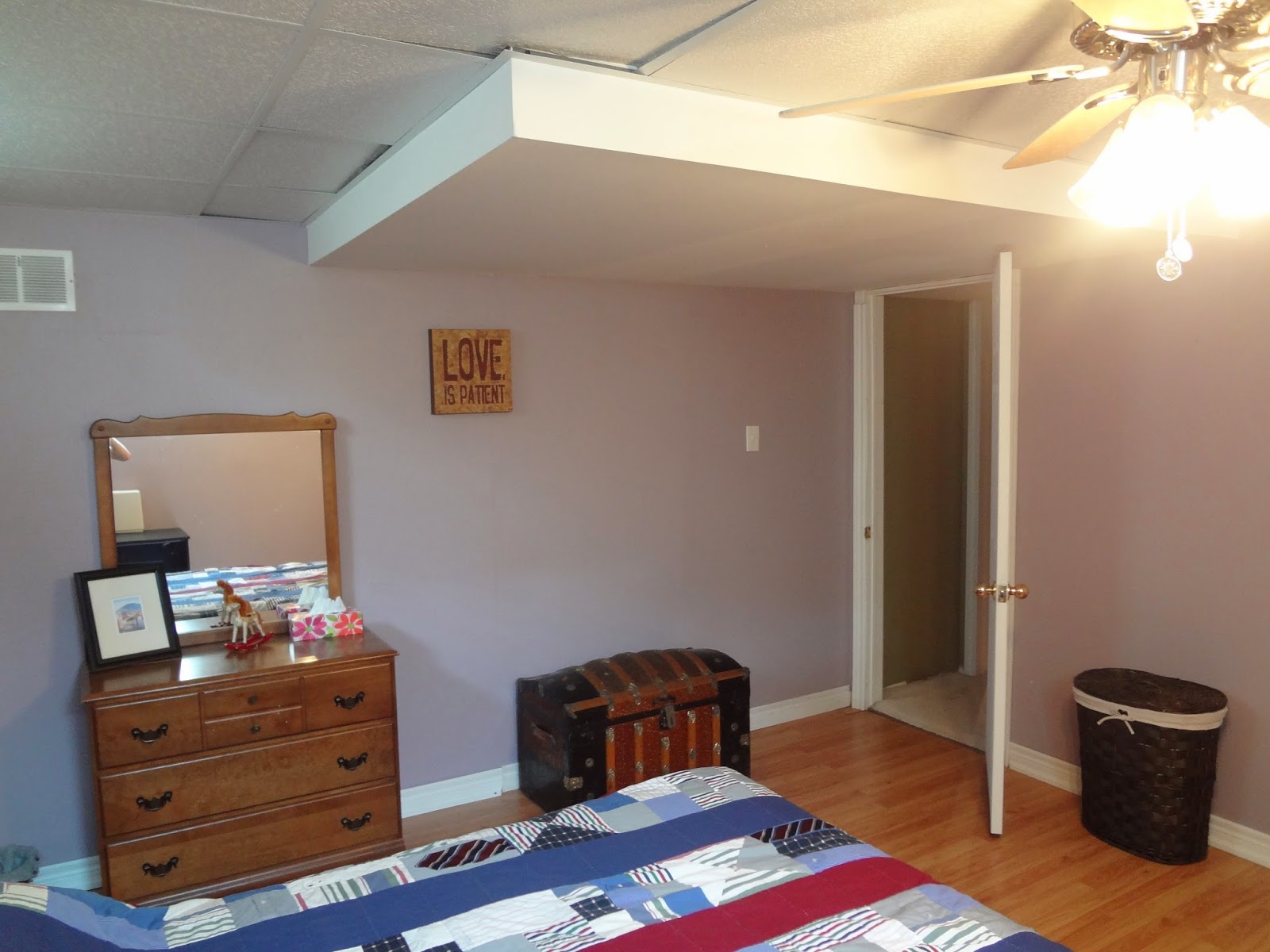 It was a perfectly usable guest room until August 2013, when we discovered black mould coming up from behind the baseboards along the back wall. 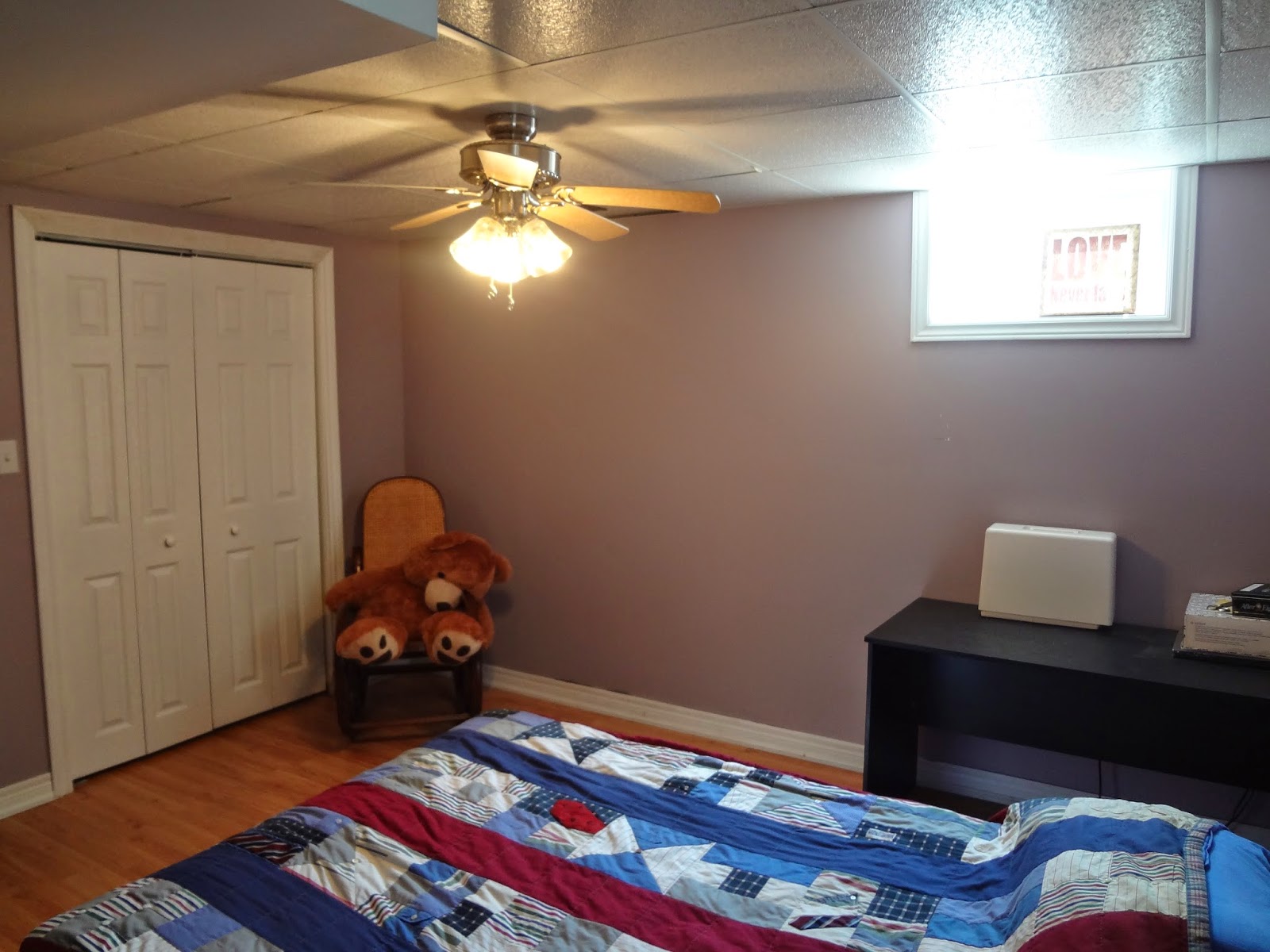 And so began the renovations on the guest room. First things first, we completely emptied the room of all of its contents. Who knew I had squished so much into that small room? 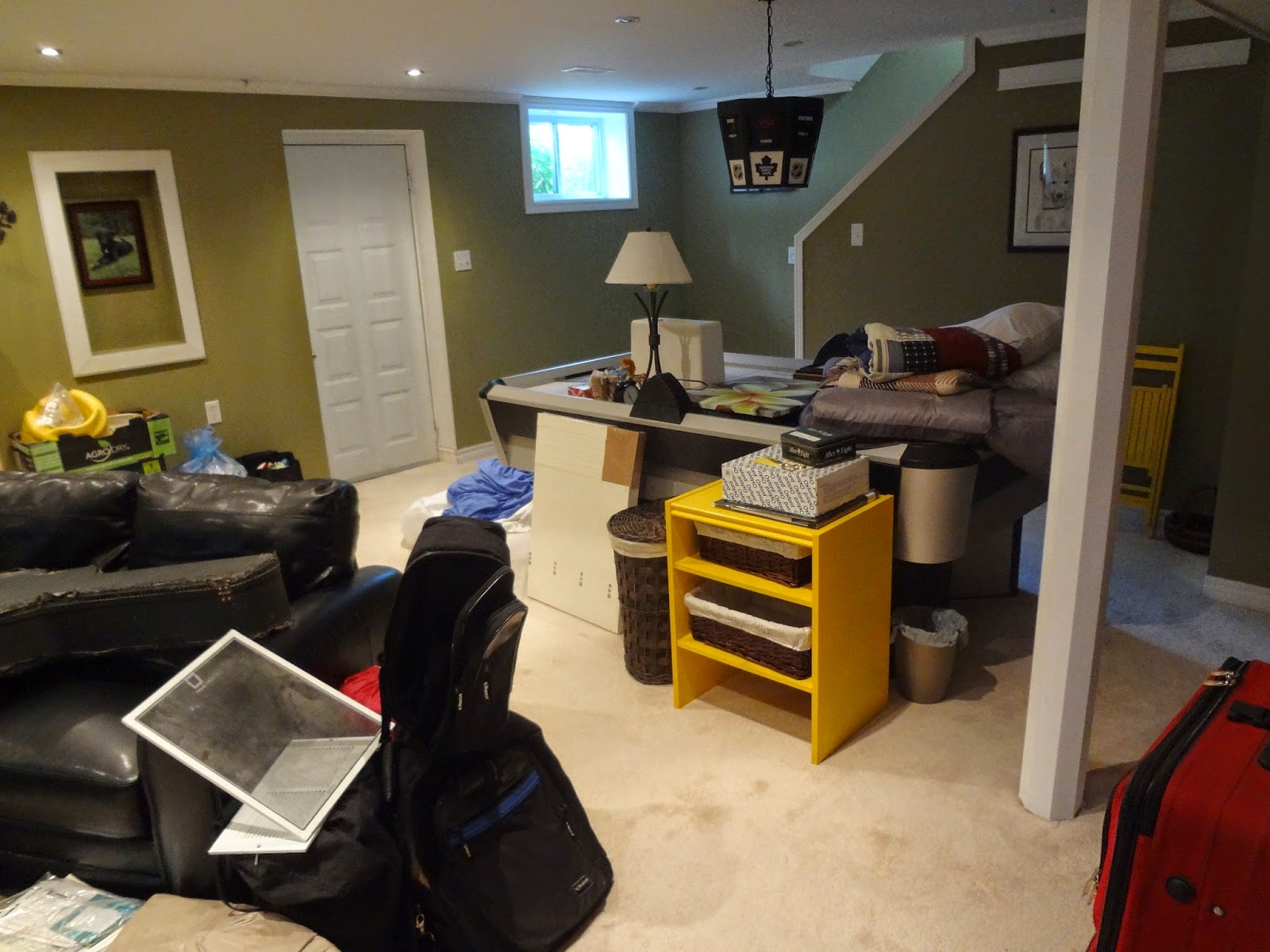 Next up, removing the mouldy baseboards and walls. Dan cut out the pieces of drywall that had been affected and we took up part of the flooring in order for it to be cleaned properly. Once we had cleaned it, we let everything dry out with a dehumidifier running constantly for a few weeks.

After a few weeks of drying, Dan moved around some plumbing in the ceiling so that he could put up a drywall one instead of the drop ceiling that was there before. 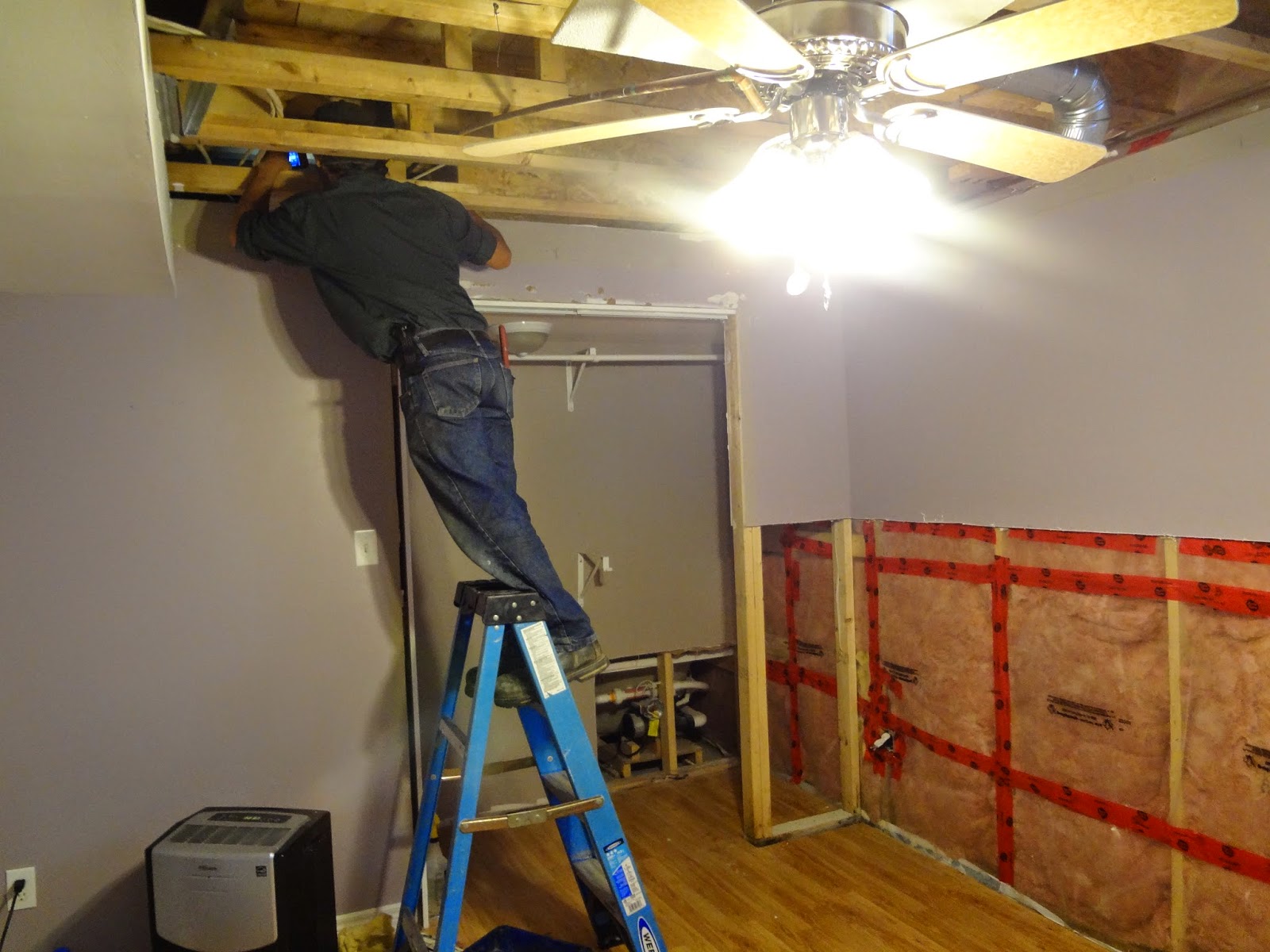 Next step, putting up drywall and then moving on to mudding and taping! 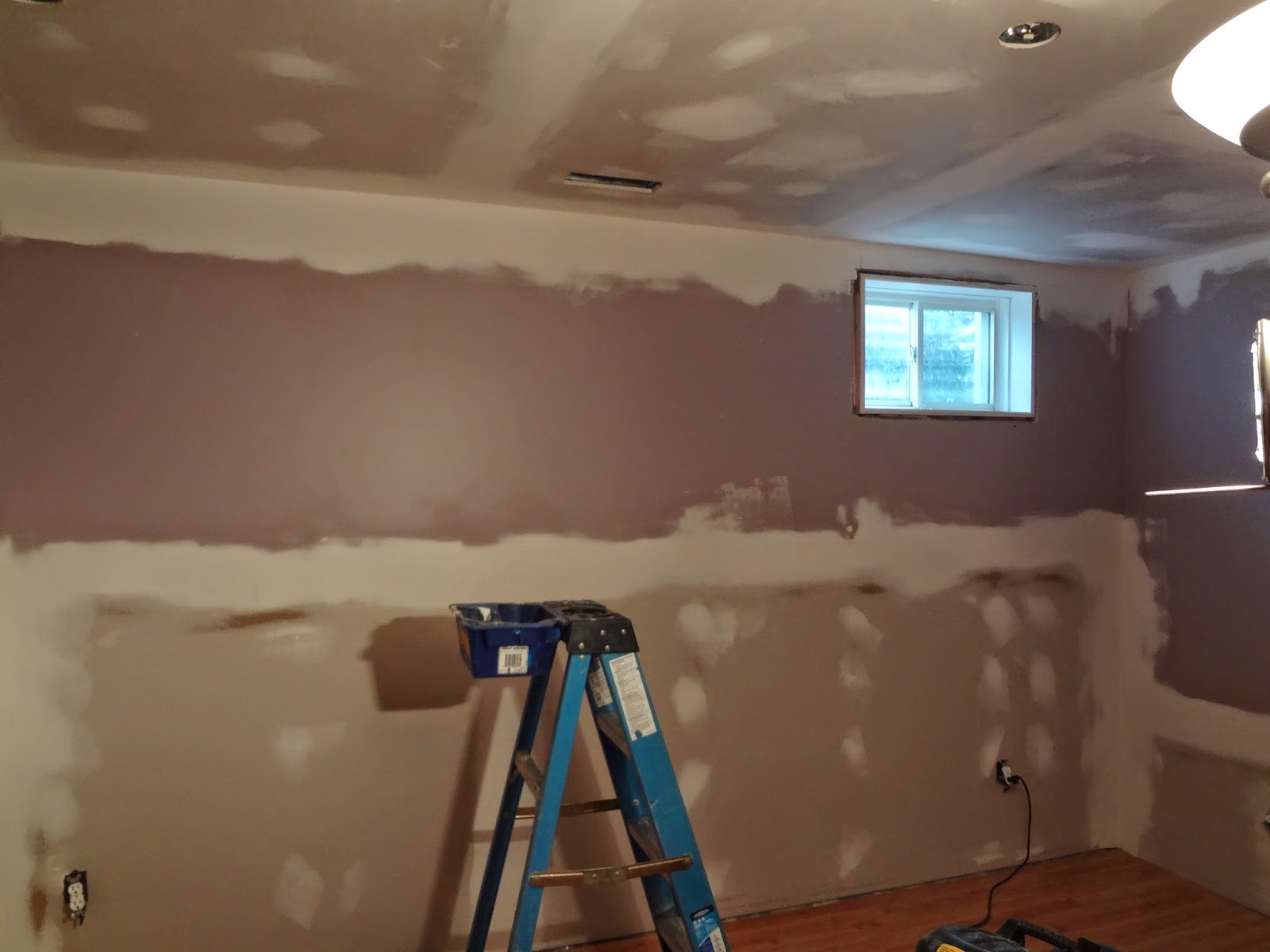 These steps all took a while, since Dan was busy with work and I was pregnant for part of it. Not to mention, we are not professionals at all and there was a lot of trial and error. But we finally got all the boring stuff done and I could move on to painting! 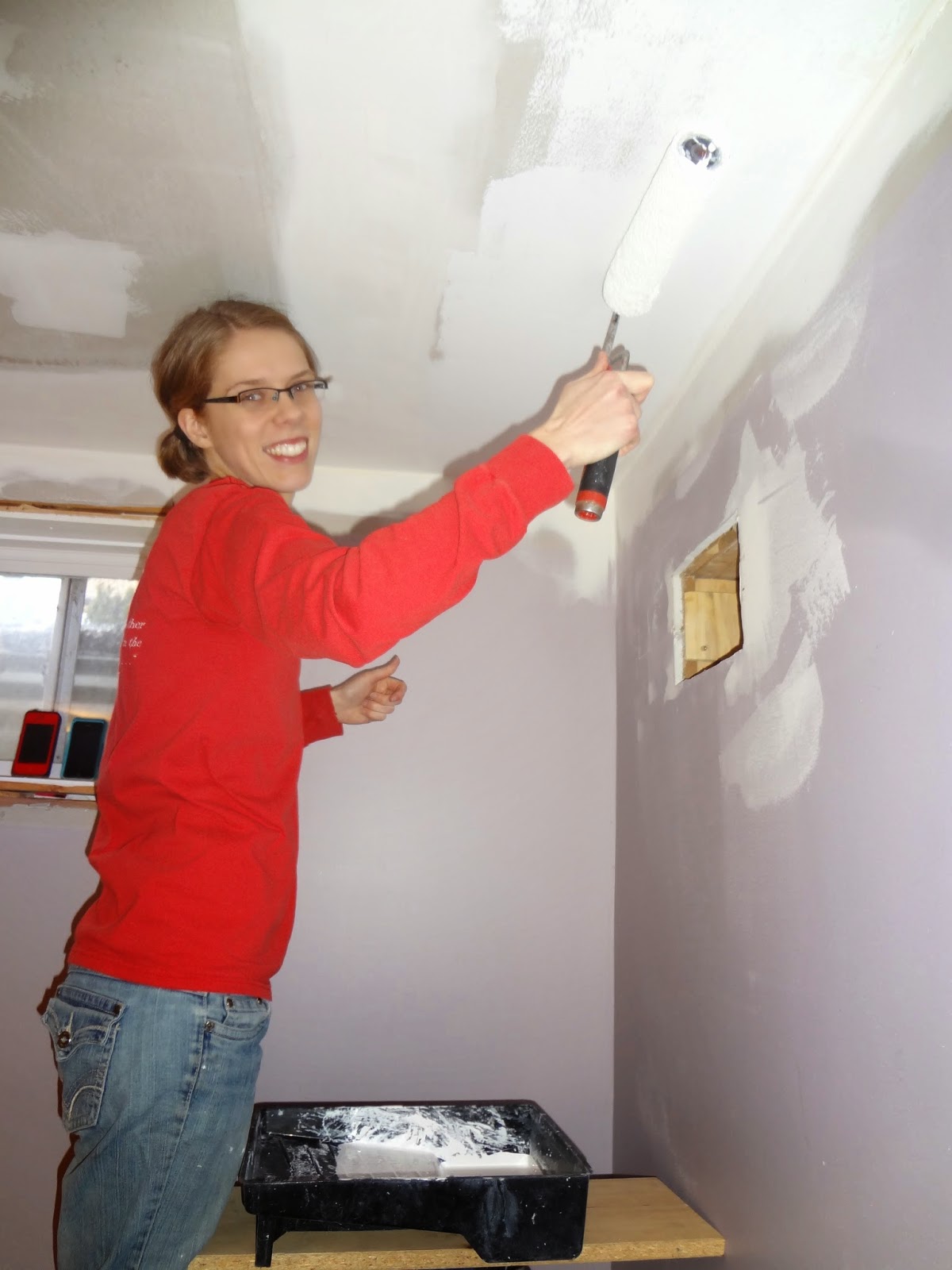 I did the ceiling and Dan ended up painting the walls, since we were pressed for time. But by the end of December, the room was looking almost finished! 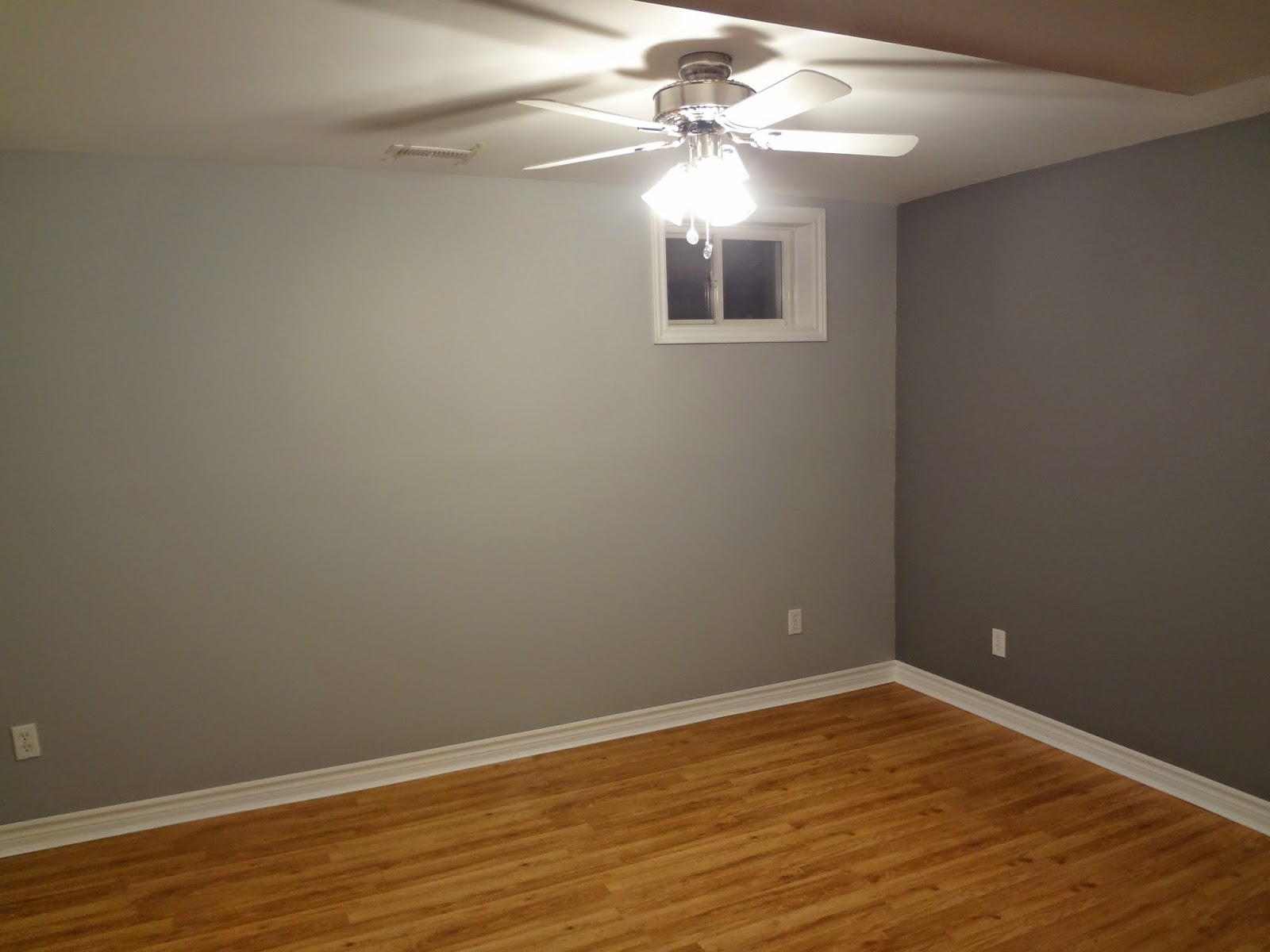 We happily put all the furniture back in and were ready to breathe a big sigh of relief. It was finished.

Then we discovered water in the room again and up came the baseboards and some of the flooring in order to dry it out properly. We think we have figured out and fixed the problem, so we have crossed our fingers and put the room back together again. Which means, I can finally share the finished product with you! 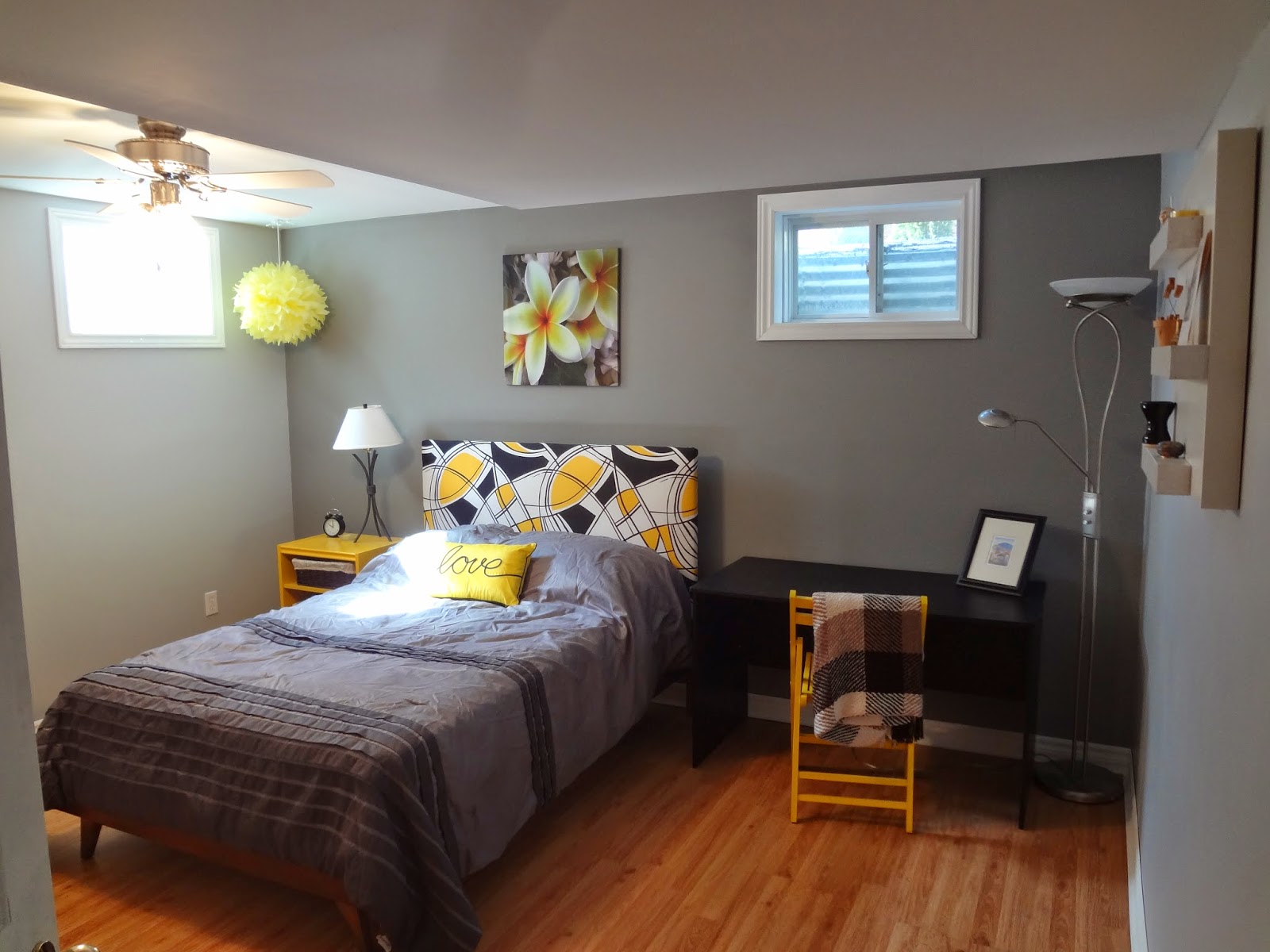 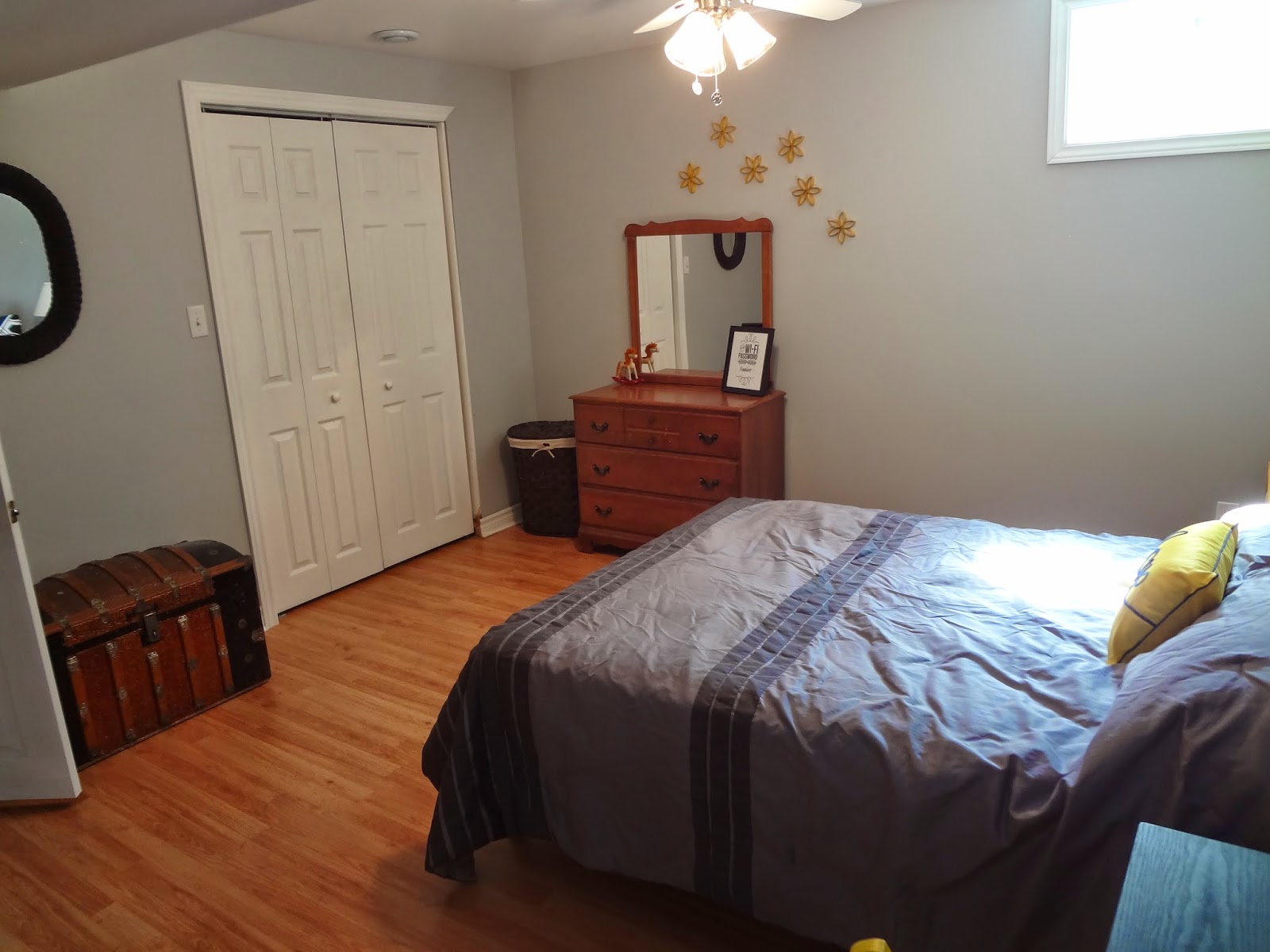 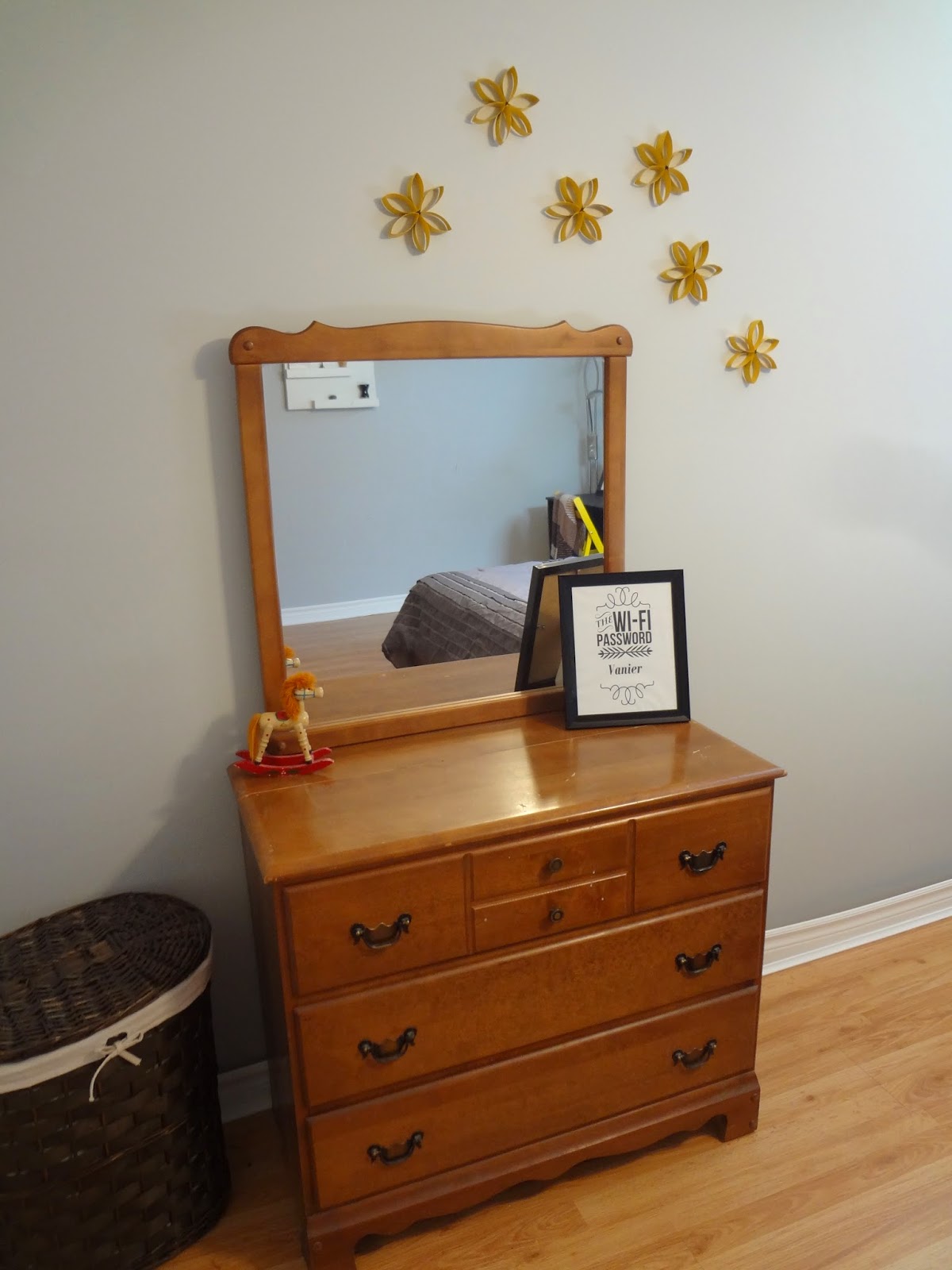 Most of the decorations were ideas found from Pinterest, since that is where I get most of my inspiration. But this little shelf is actually from the Young House Love book and it is made from an Ikea table! 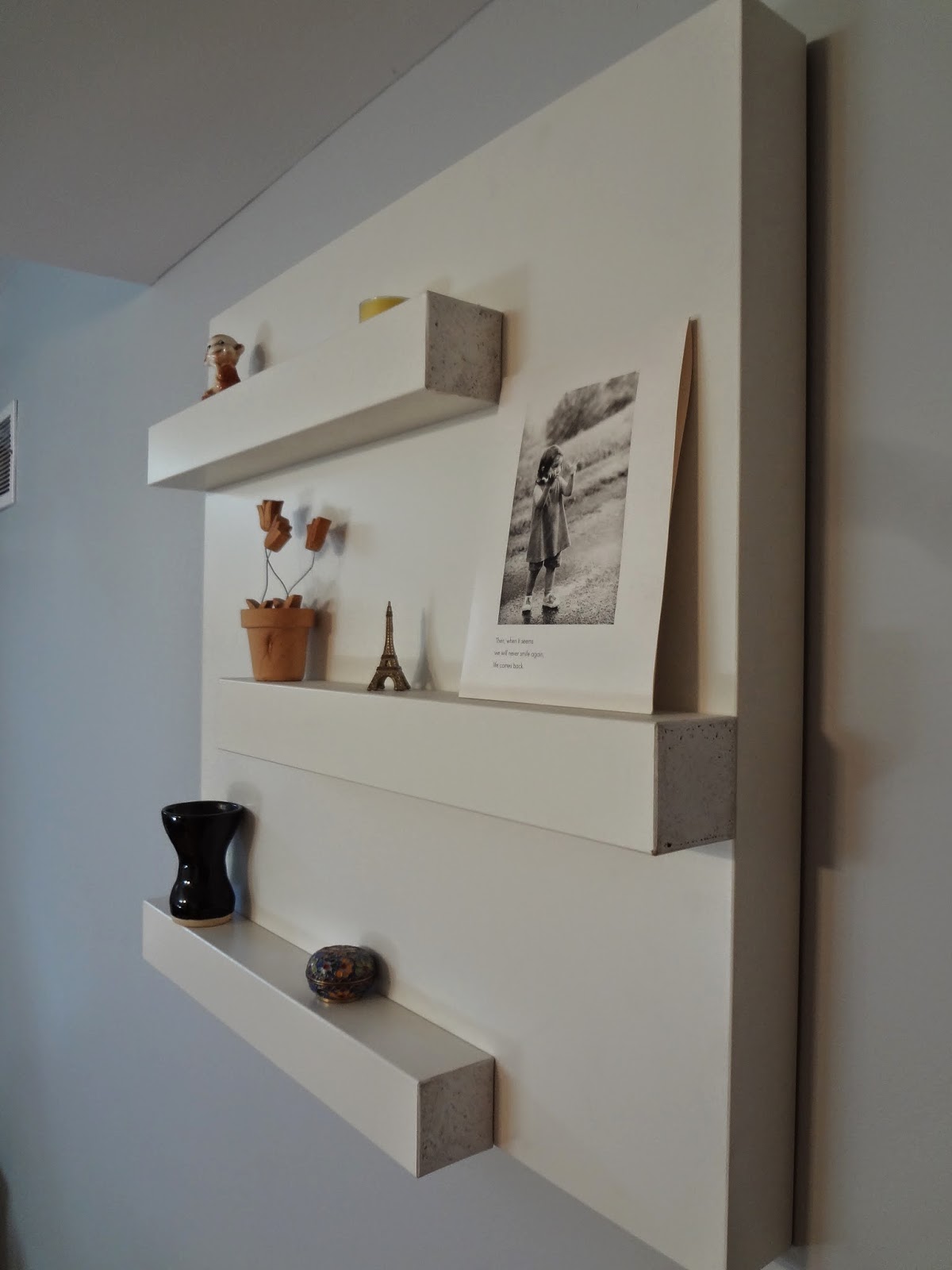 I still have plans to fix up a few more things in the room, like the dresser but I haven't gotten around to it yet. Some of the art will change too, as I find things that fit the room better. 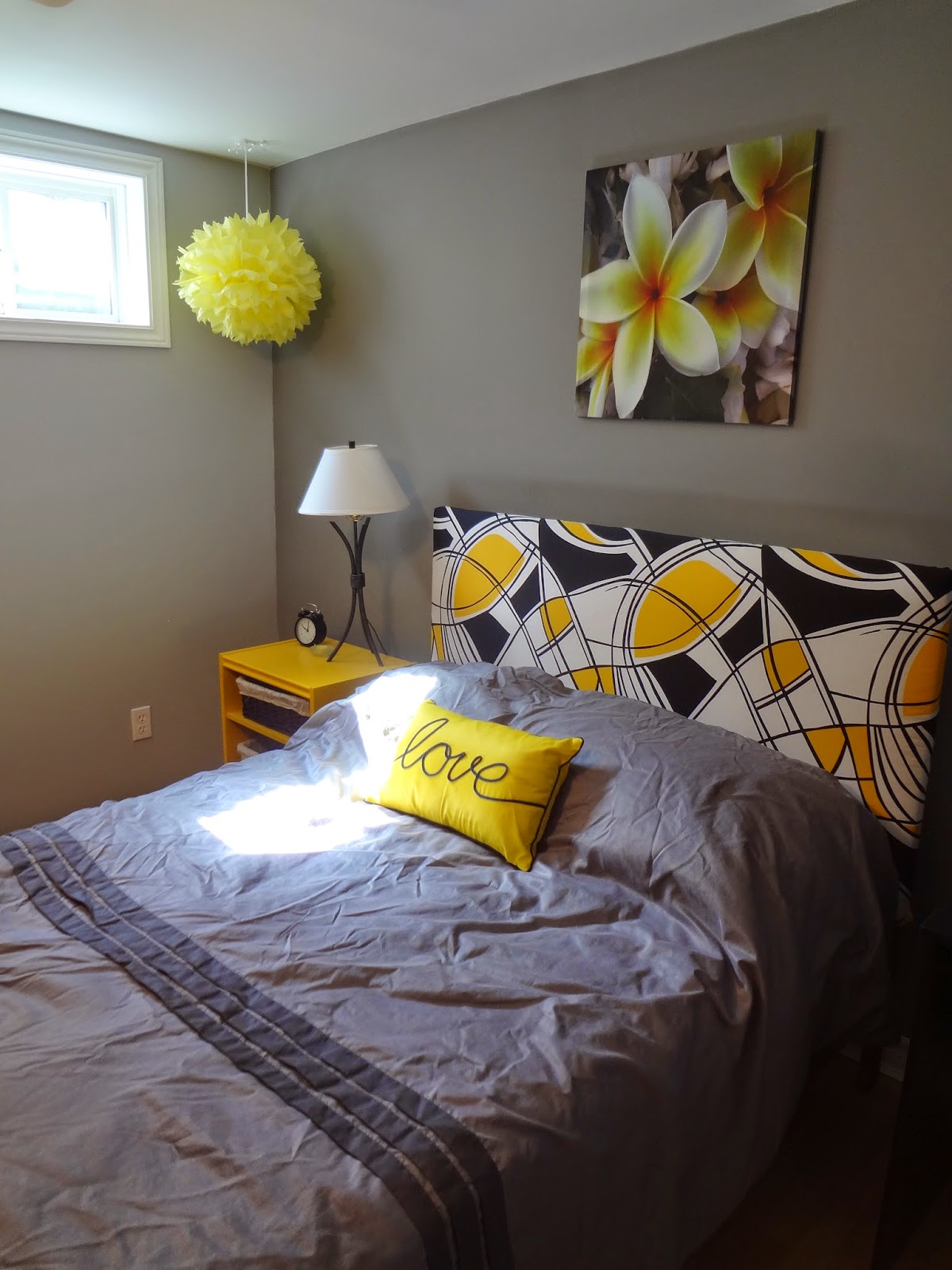 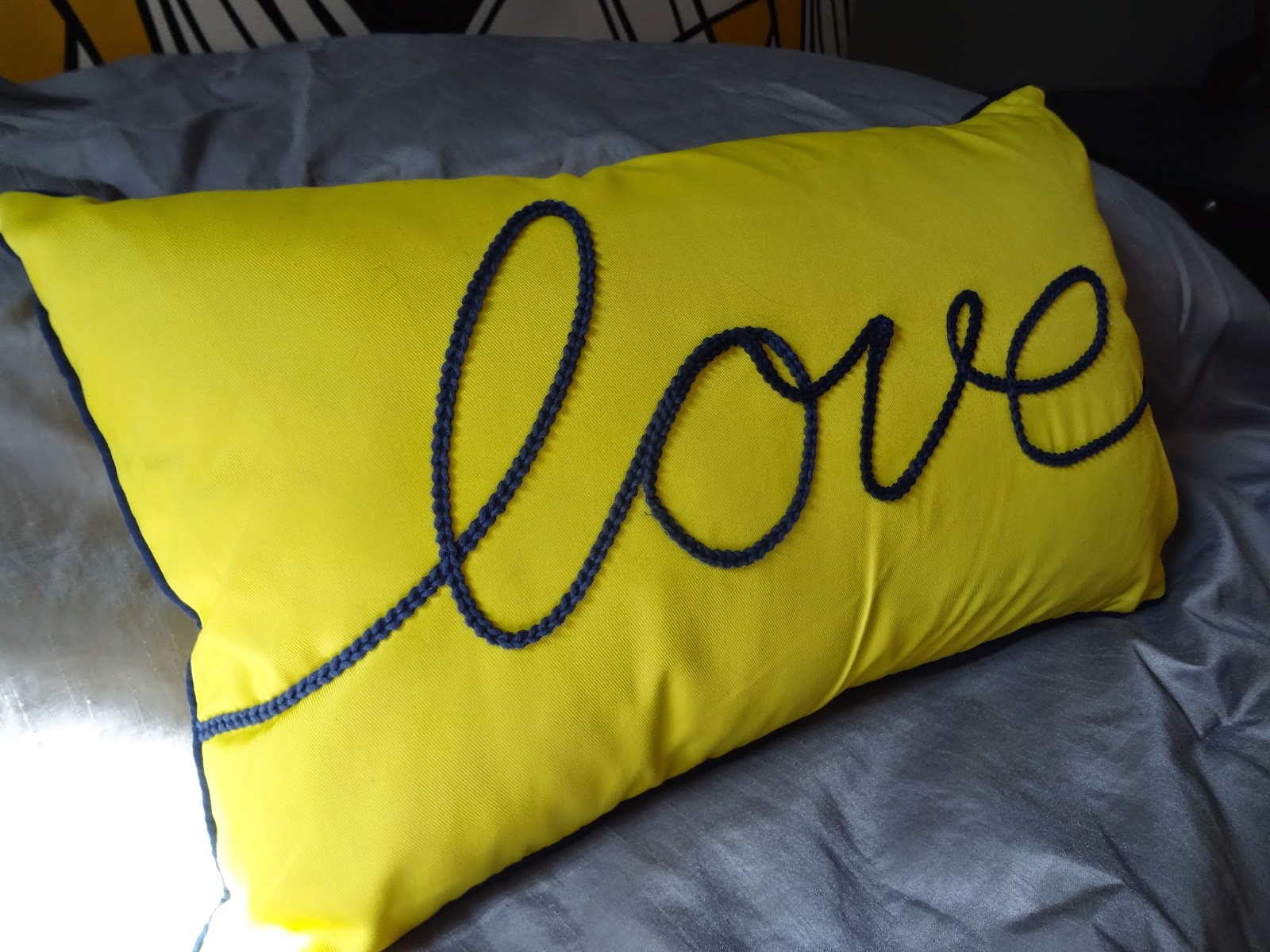 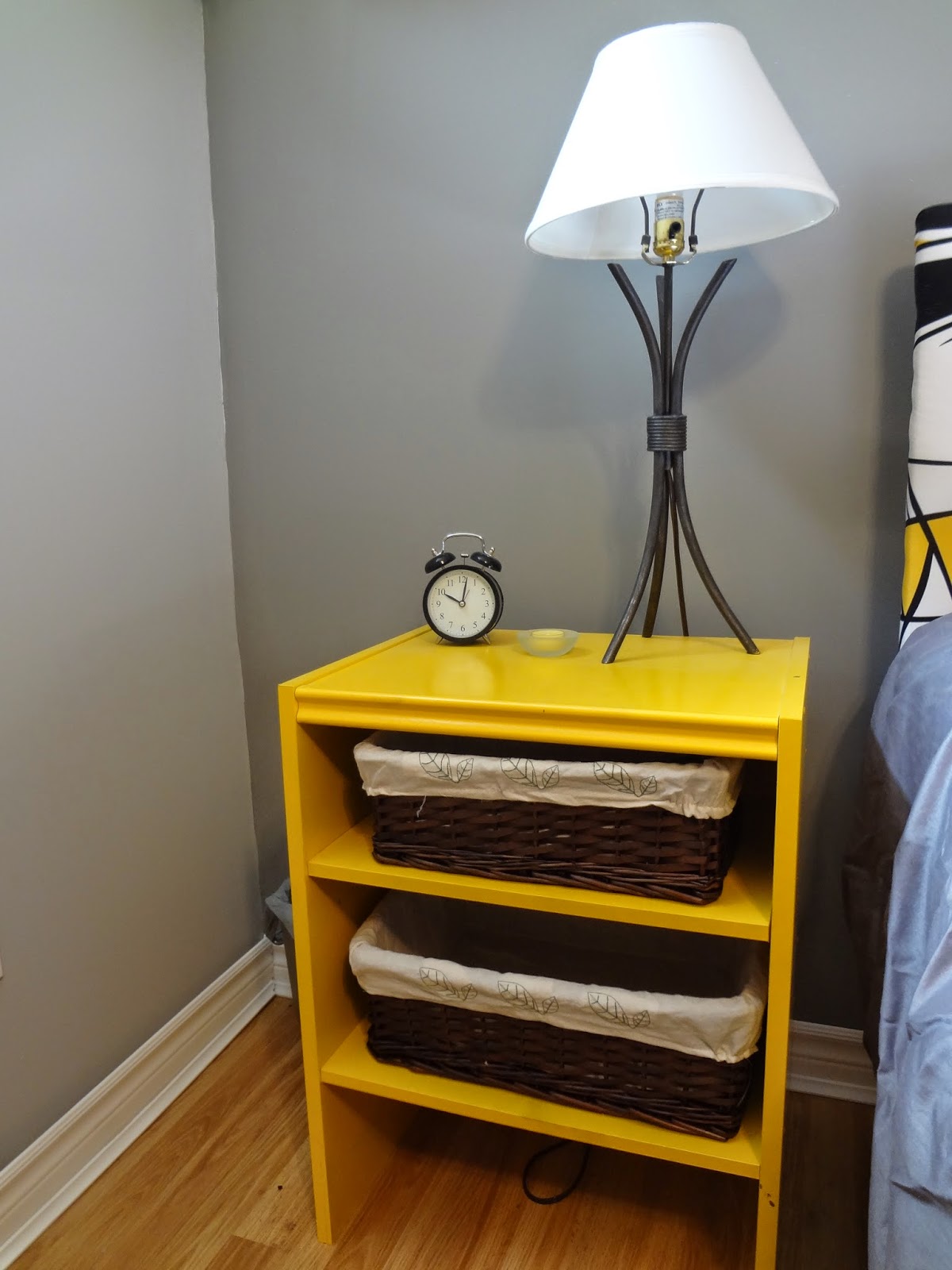 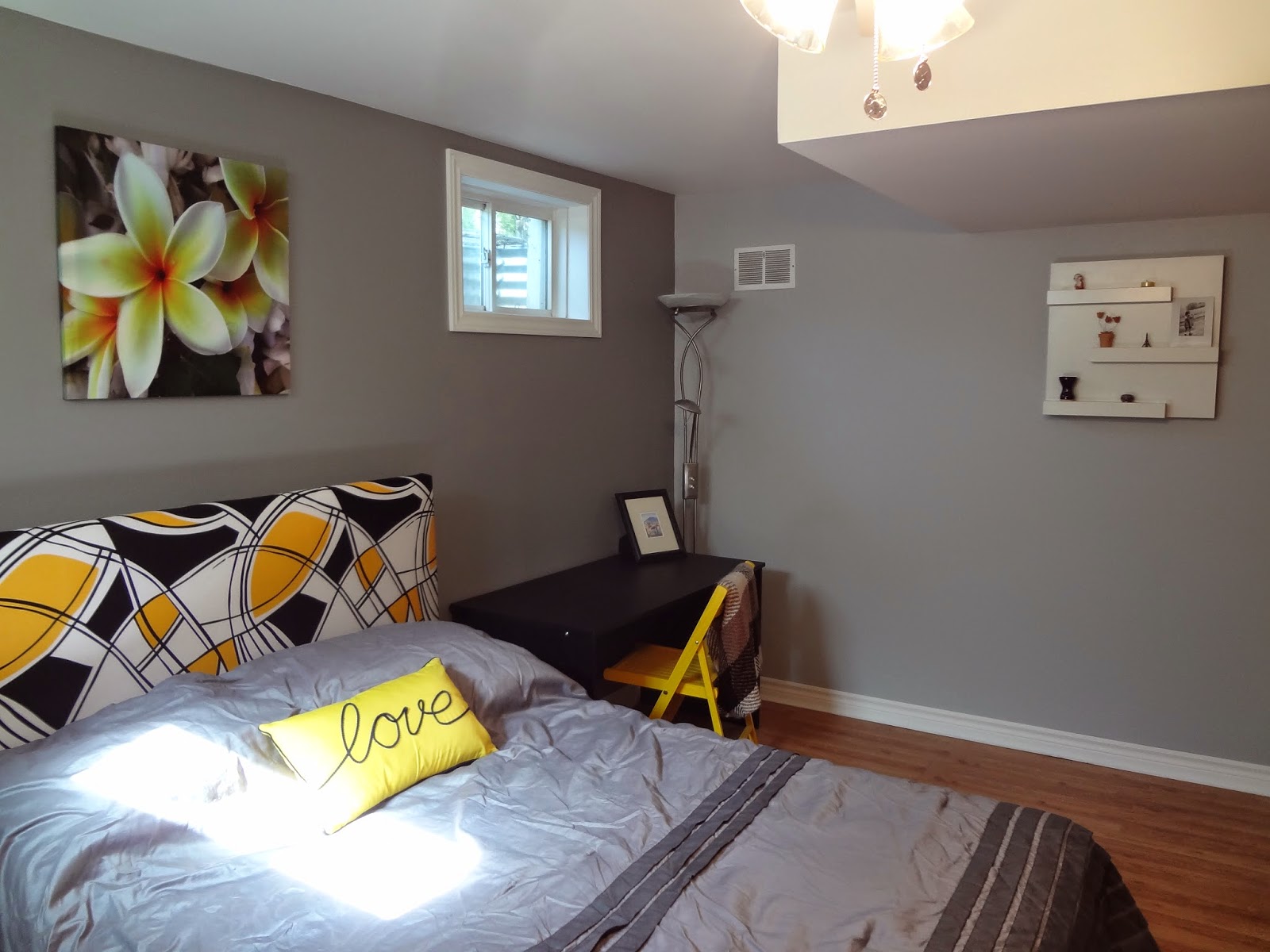 So far though, I'm really pleased with the look and feel of the room. 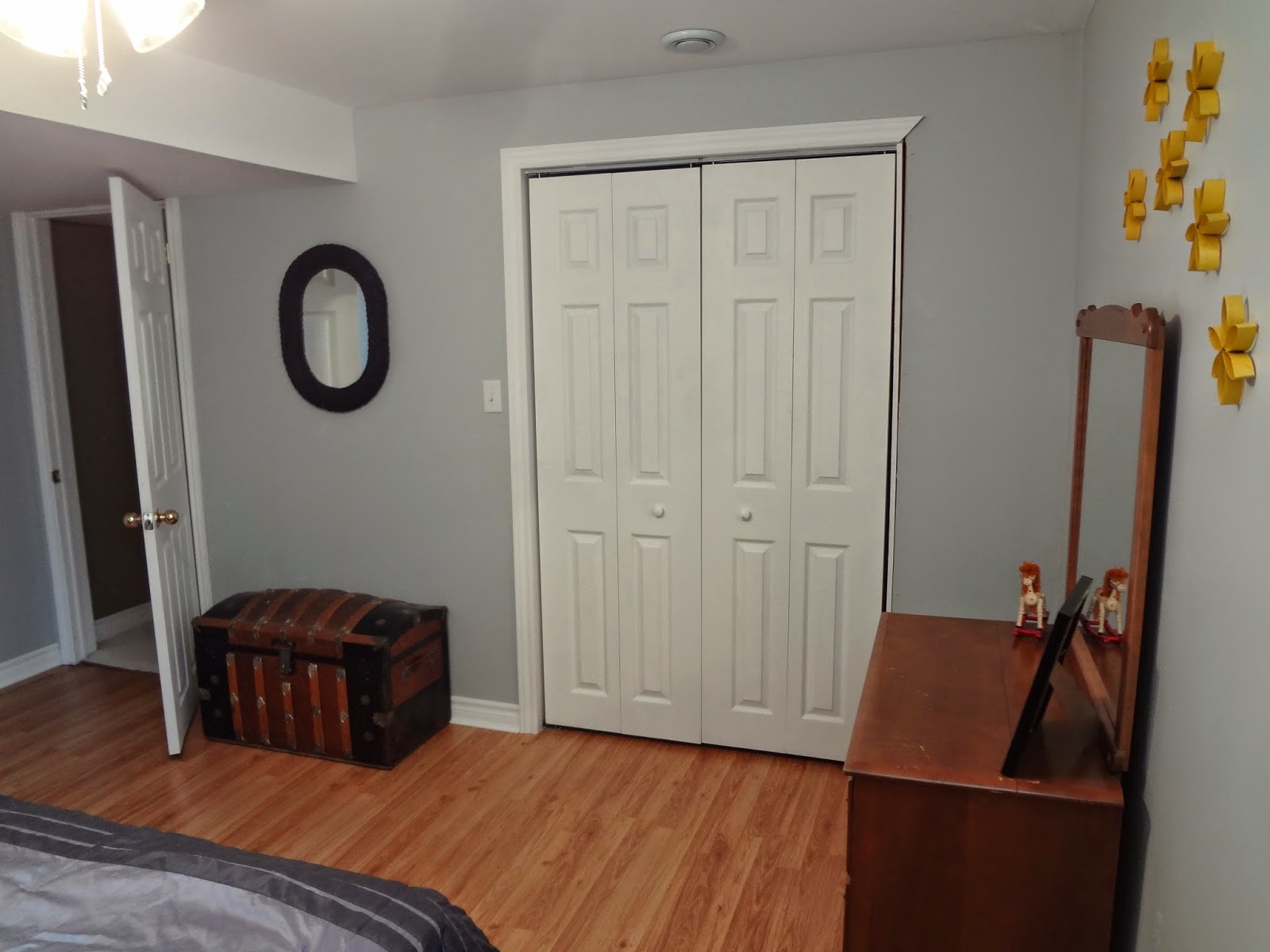 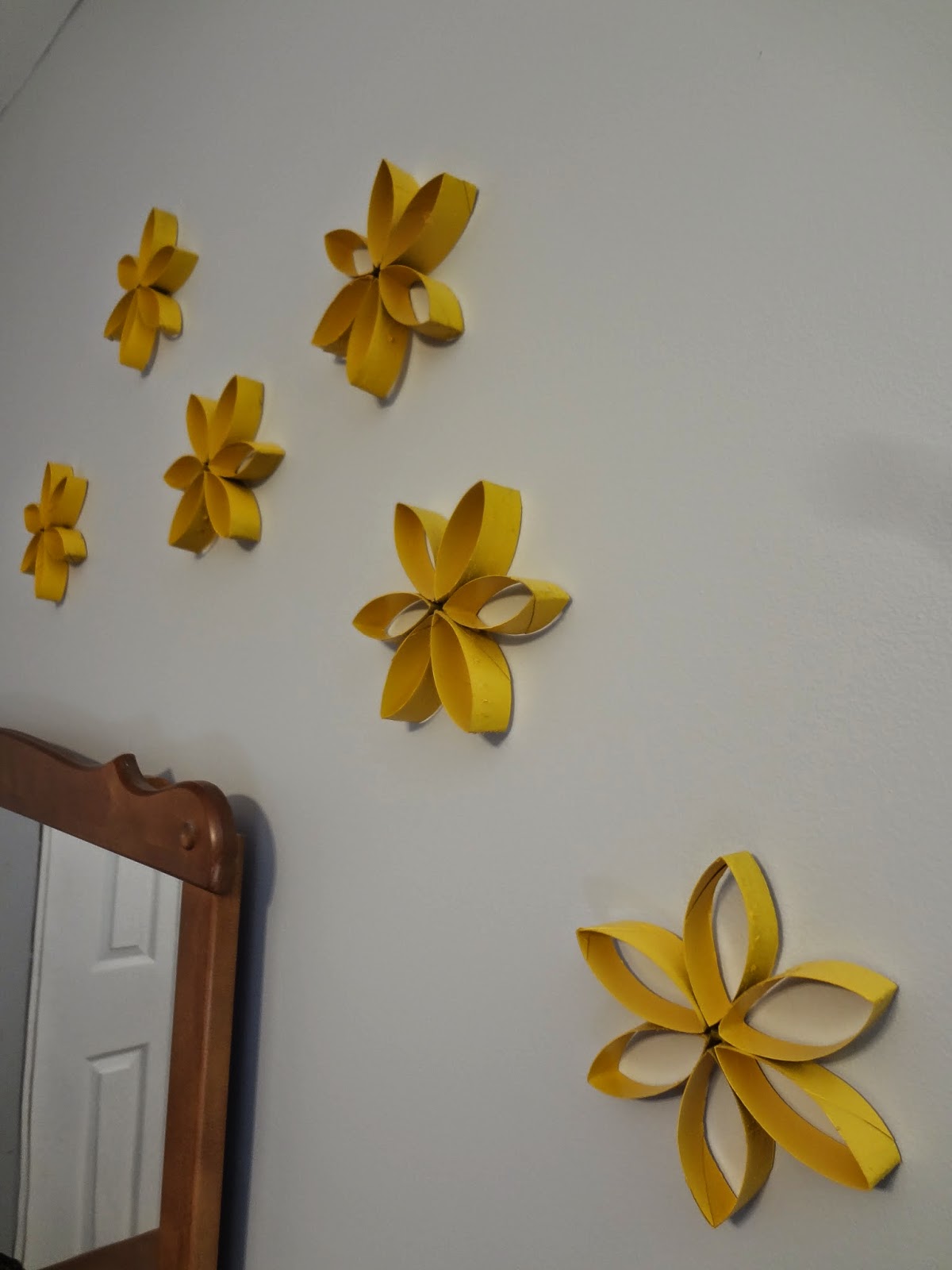 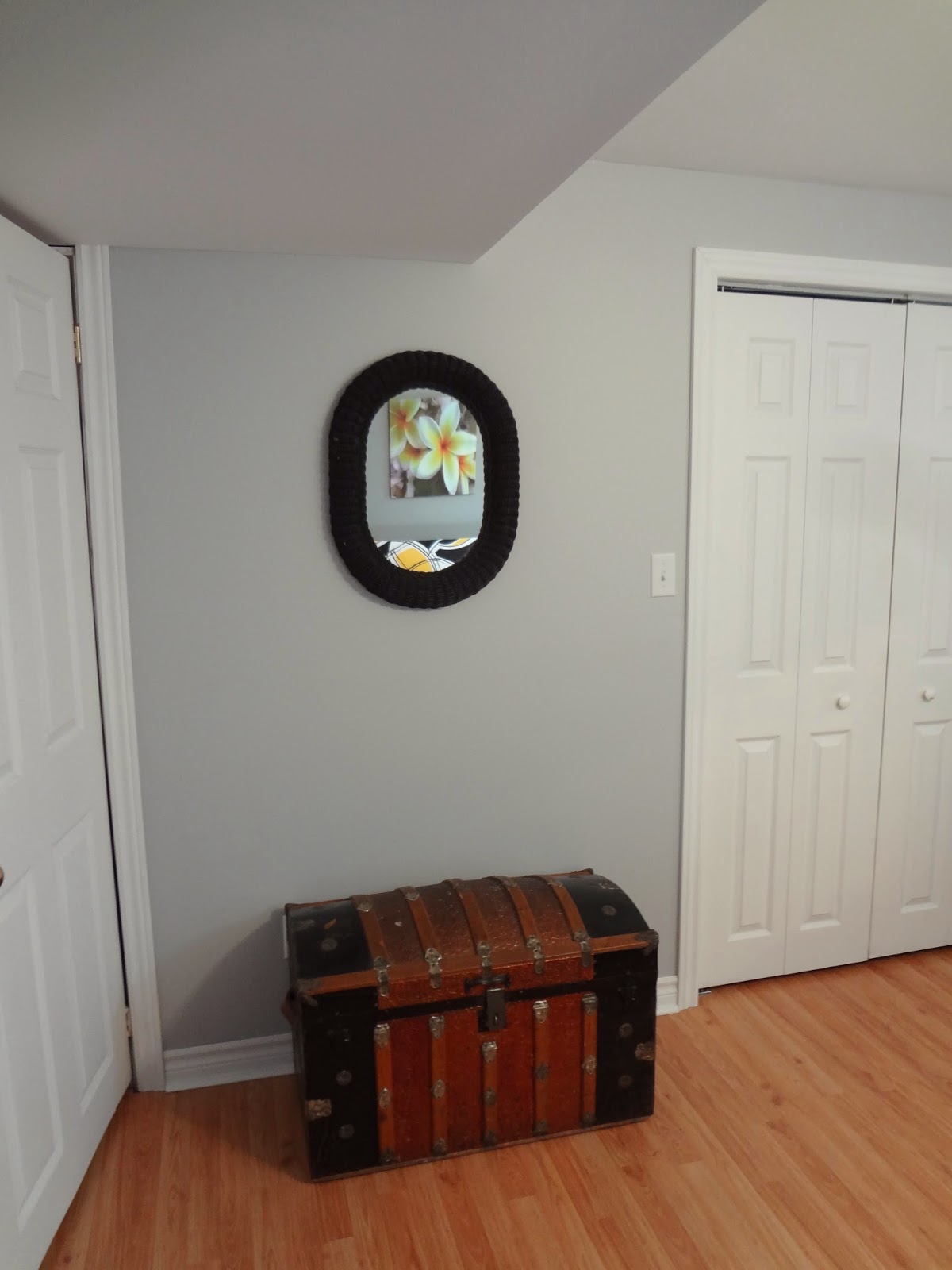 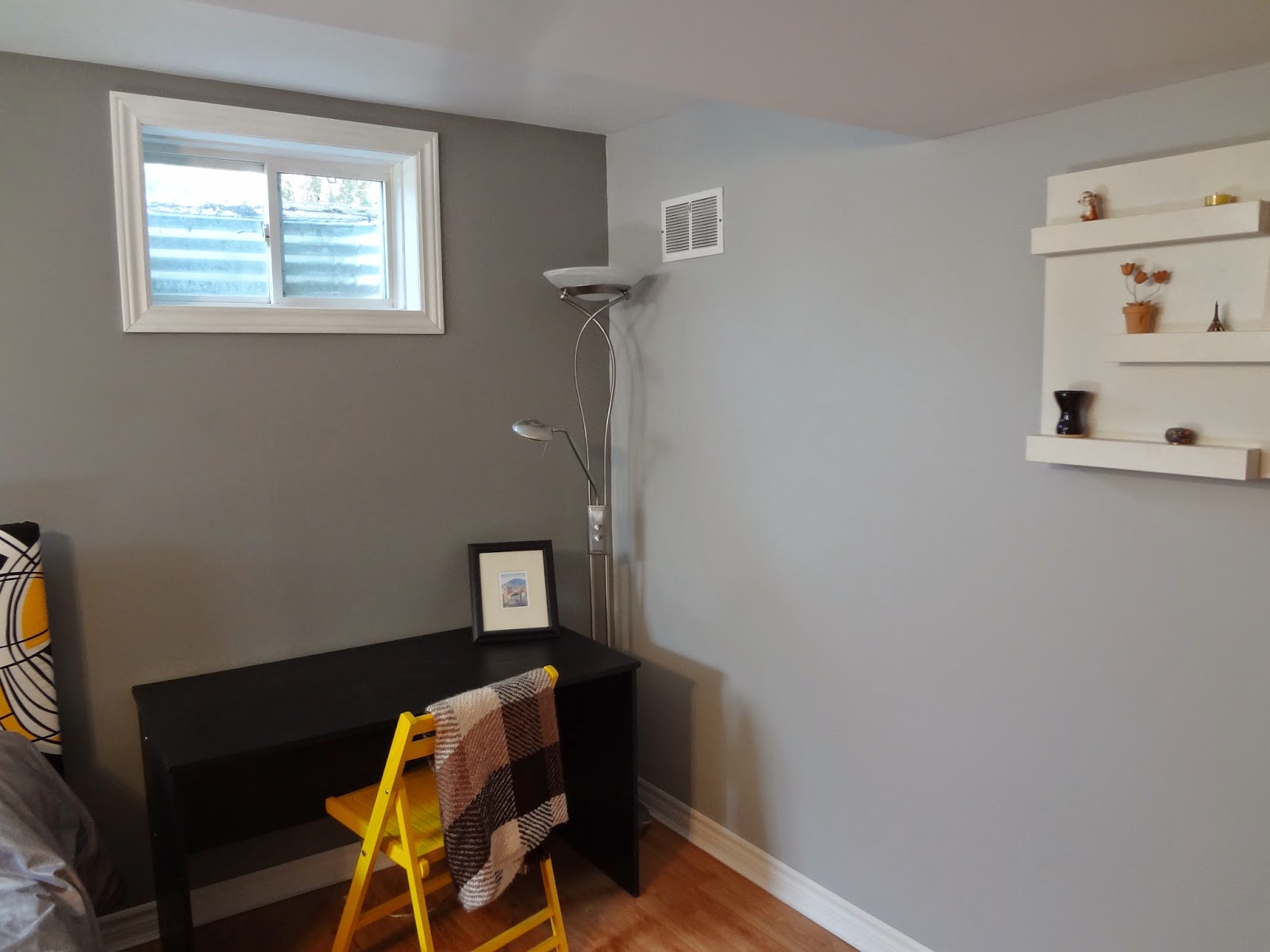 What do you think? Do you love it? Hate it? Any favourite part that sticks out to you? I'd love to hear feedback, since I'm not used to decorating things!
Posted by Jenn0021 at Wednesday, May 28, 2014