I briefly mentioned Chomper, our pet turtle, to you guys in last month's Simple Pleasures post and I am back today to tell you a little more about him and share some pictures.

We live quite close to the water and each spring, turtles come up to lay eggs. They usually decide our garden is a good spot for this, since the soil is nice and soft and it is less work for them to dig. Last year, I guess a snapping turtle came up and lay her eggs near the edge of our garden without our knowing it. We only discovered it this year, when we noticed that some animal (not Mia) had been digging in our garden and had seemed to disrupt a turtle nest.

Now for those of you who know a little about turtles, you would know that the mothers lay the eggs in the spring and the babies then hatch in the fall and make their way down to the water. Somehow, this batch of eggs didn't hatch in time and ended up hibernating throughout the winter months. So when we discovered it a couple months back, most of the turtles hadn't made it. BUT, one did. 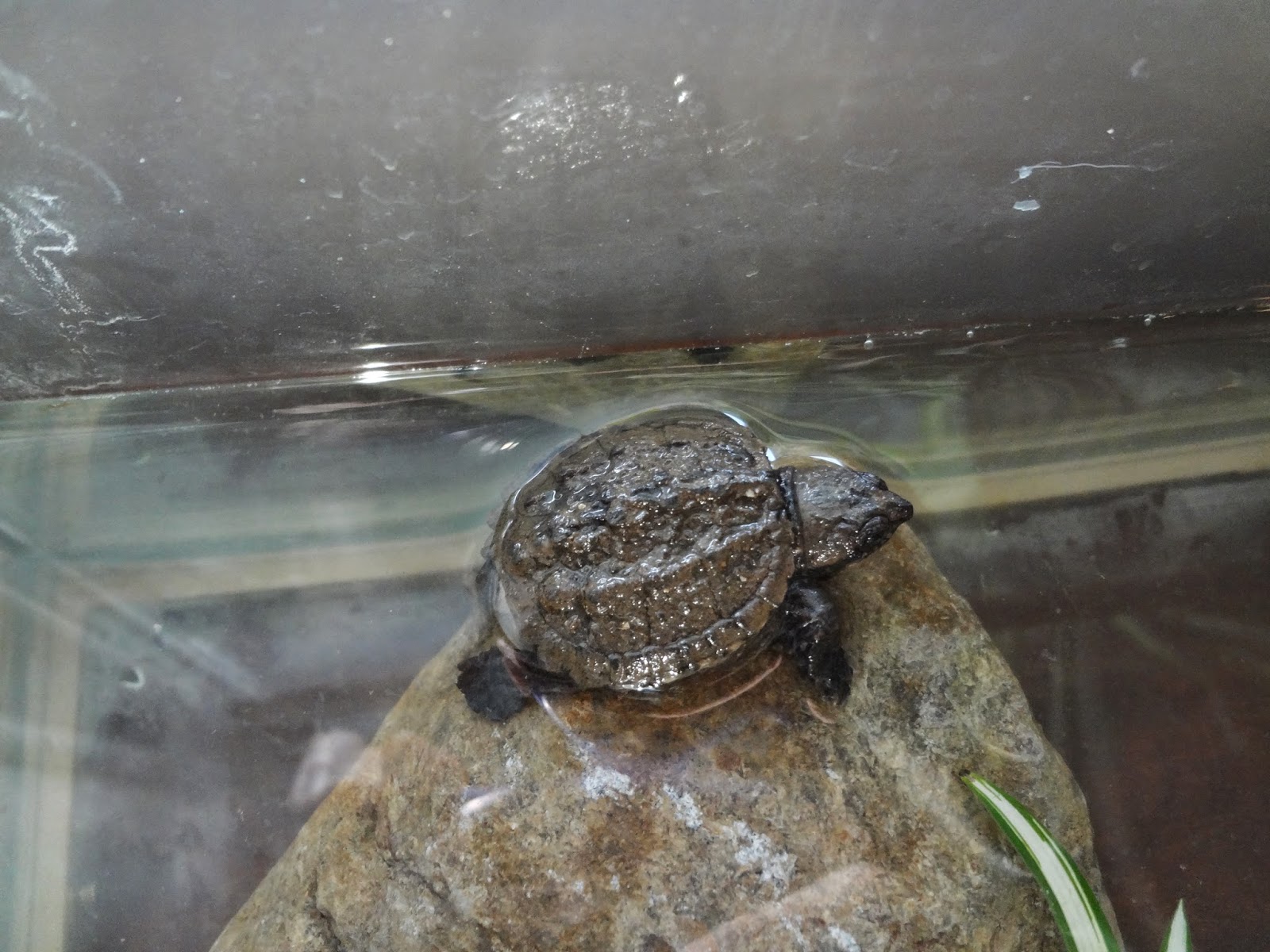 Dan was thrilled to rescue him and excitedly brought him into the house and tried feeding him some lettuce and worms. He immediately chomped on to the first thing that came near his mouth, which prompted Dan to give him the name of Chomper. 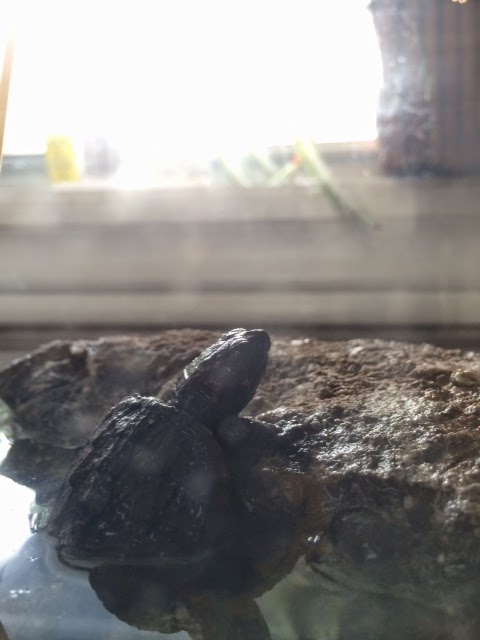 We rescued him the day before we left for the Easter weekend and were worried he would die in those first few days of neglect. Upon returning home and discovering that he had in fact survived, we upgraded his living quarters to a small aquarium borrowed from the in-laws. 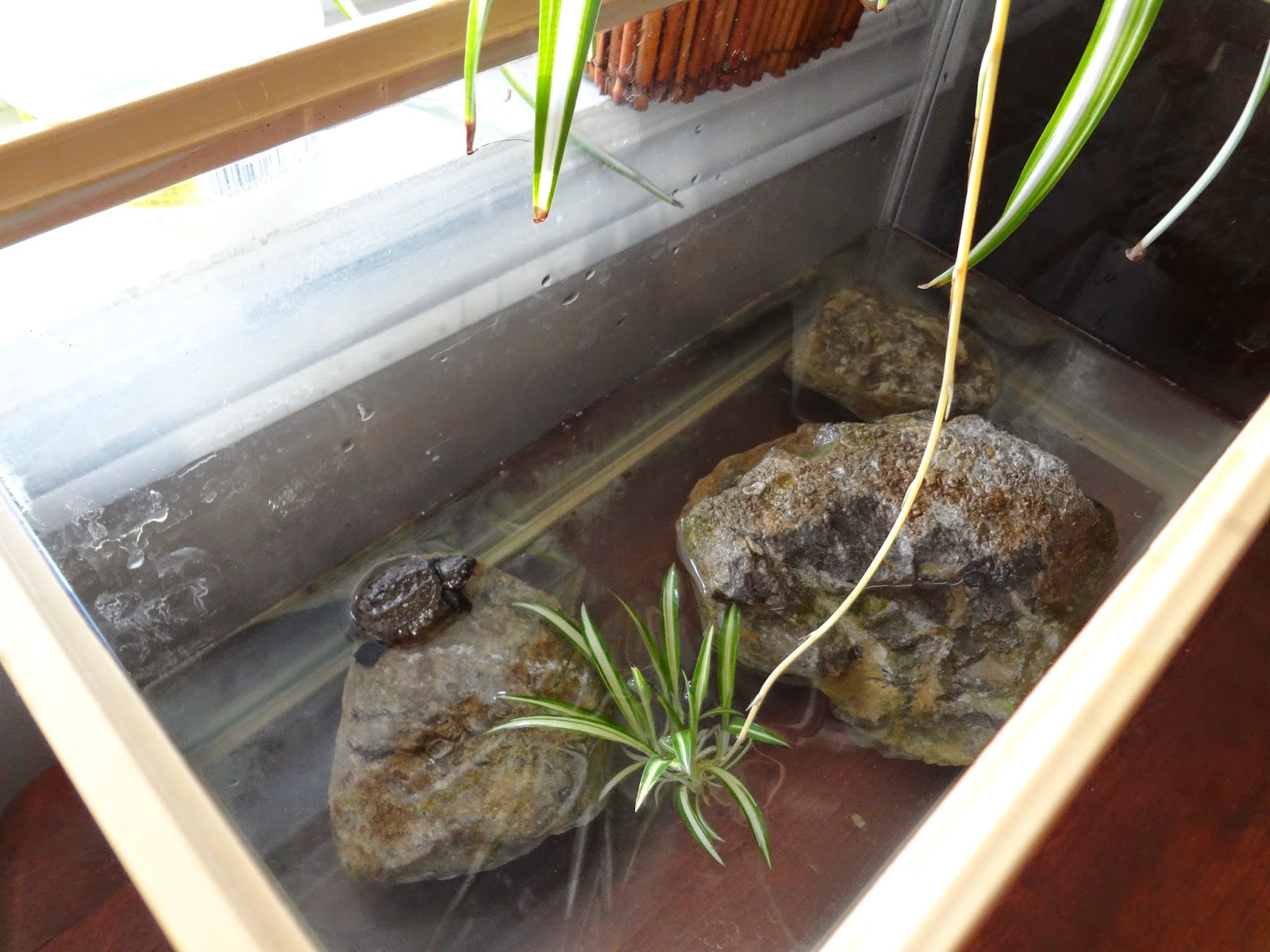 At first, I didn't want to get too attached to him since I was pretty sure he would die at any minute, so he was solely Dan's pet for the first few weeks. But after our trip to Seattle and finding him still alive, he began to grow on me. He is pretty cute to watch. 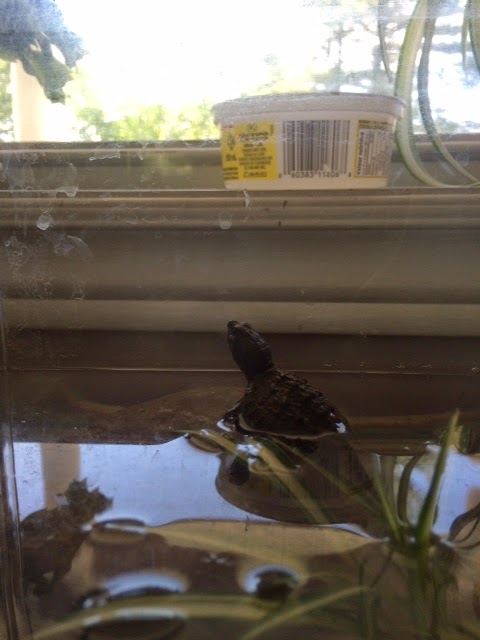 He is still pretty tiny, about the size of a walnut, and he doesn't seem to be growing very fast. We're still working on trying to figure out what he likes to eat. Then again, I'm pretty sure turtles don't grow very fast anyways. 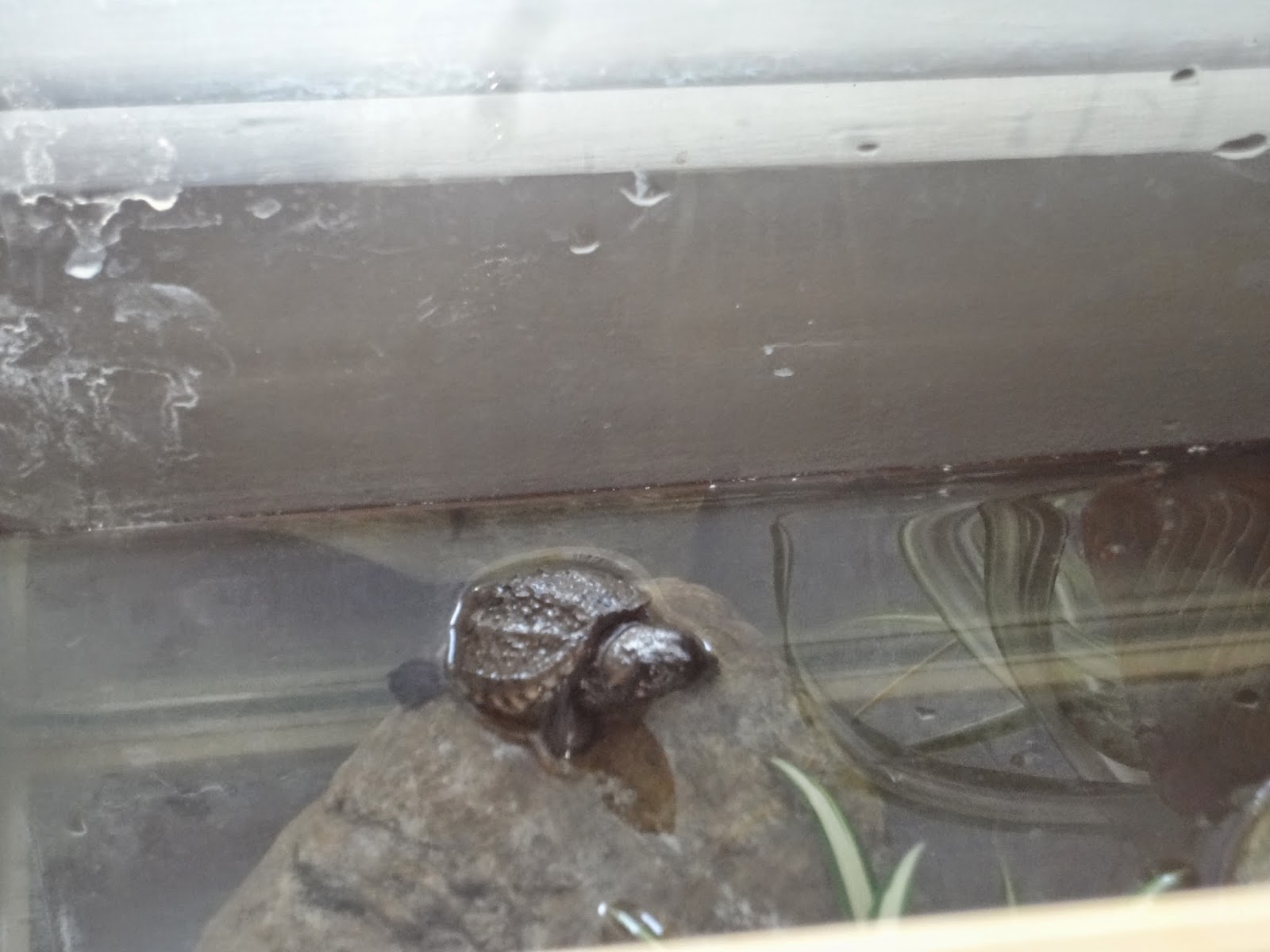 He does what I like to call turtle yoga, where he clings to the edge of a rock and then stretches his neck out really far, and he has recently learned to dive. He is developing and it is a lot of fun to watch him grow up. We realize that we can't keep a snapping turtle in our living room forever and are probably going to let him go later this summer, when the weather is warmer and baby turtles normally hatch. 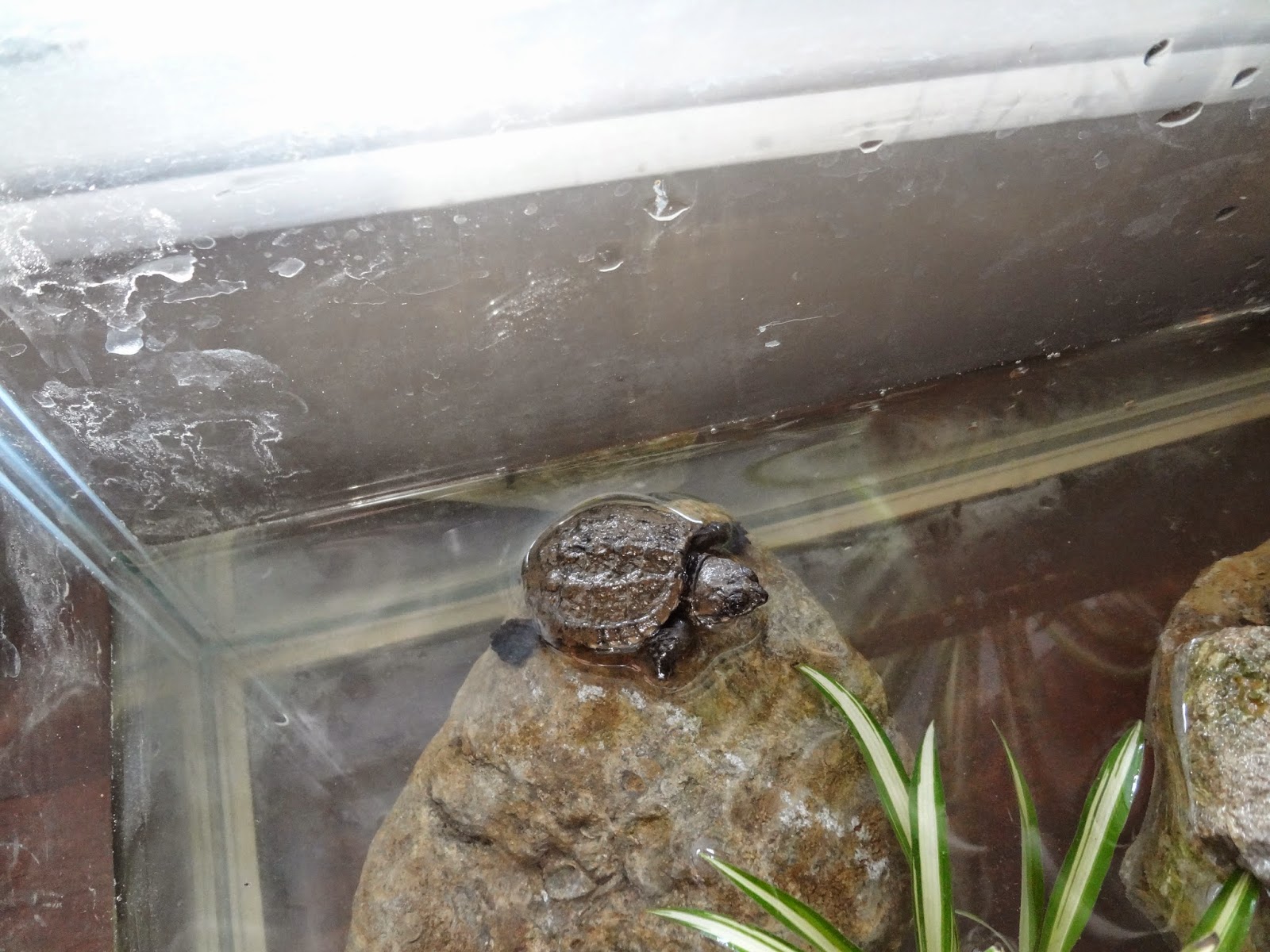 Although I will admit, it will be hard to see him go. I'm pretty sure after we let him free, we're going to end up buying a pet turtle anyways. They are way more fun than I thought they would be, even if Mia gets jealous sometimes.

Anyone else ever have a pet turtle? Was it bought or rescued? Any tips on what to feed our snapper?
Posted by Jenn0021 at Thursday, June 05, 2014