The first batch of chicks have arrived! In fact, we've had them for almost 2 weeks and I just haven't gotten around to posting about them yet. But don't you worry, I'm here to share some cute pictures of them now.

This is our third year getting chicks and our second getting enough meat birds to sell to friends. In past years, we have only ordered white rock birds but this year we are trying one batch of Bonnie's heavy red meat birds. The heavy red birds will take longer to grow (more like 12 weeks instead of 8) and won't get quite as big as the white rocks do, but I think it will be worth it. To me, it seems more natural than the white rocks who just get big and fat fast. Like I said though, this is our first year trying the heavy red's so we'll have to see how they turn out. 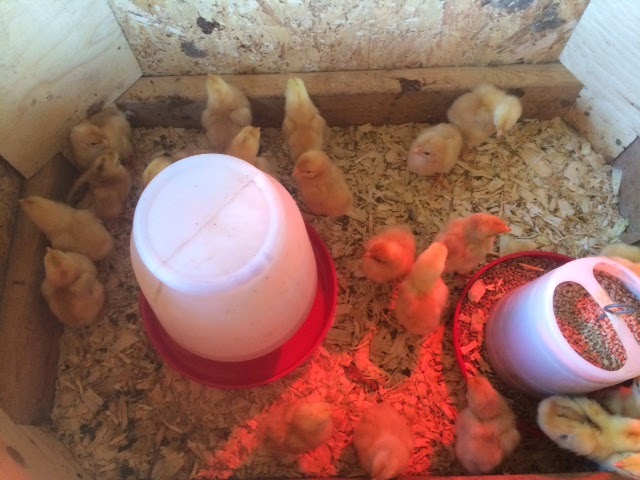 They were still tiny and yellow like normal baby chicks, but the occasional one had a little dark strip along their back and most of them had a reddish hue to the yellow. So super cute! 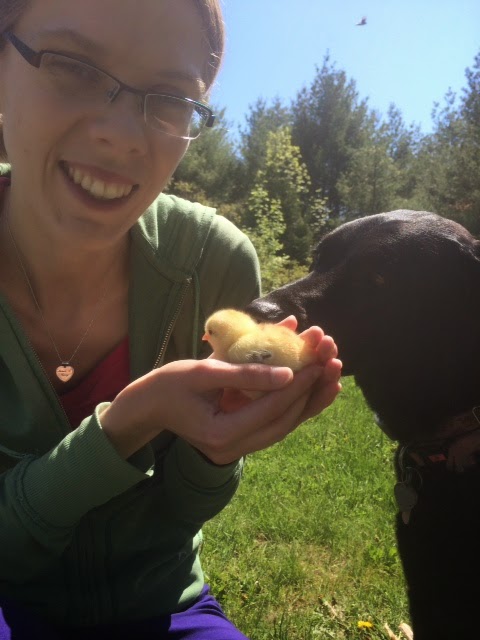 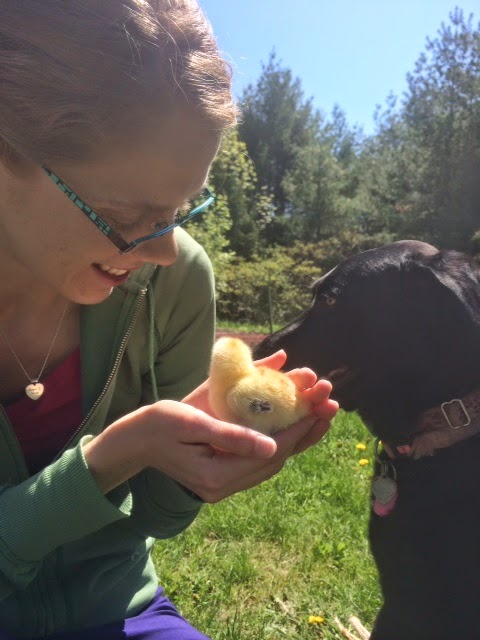 And check out their tiny little wings! Mia once again was so well behaved with them, we're so proud of her chick interaction skills.

Once they were a week old, we were able to remove their small box pen and let them run free. Which made it much easier to take pictures of them and capture their adorableness. 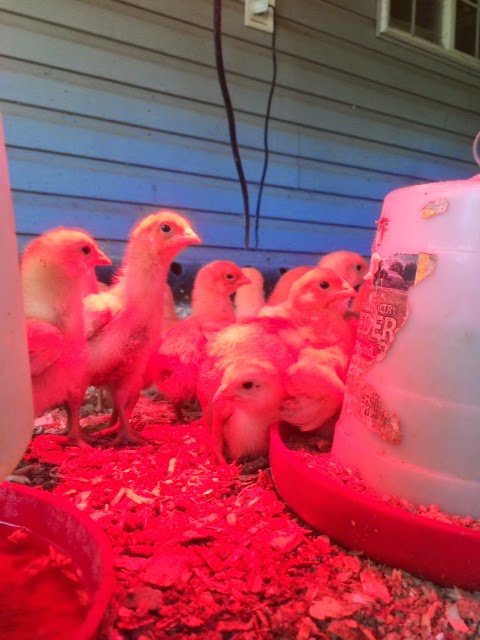 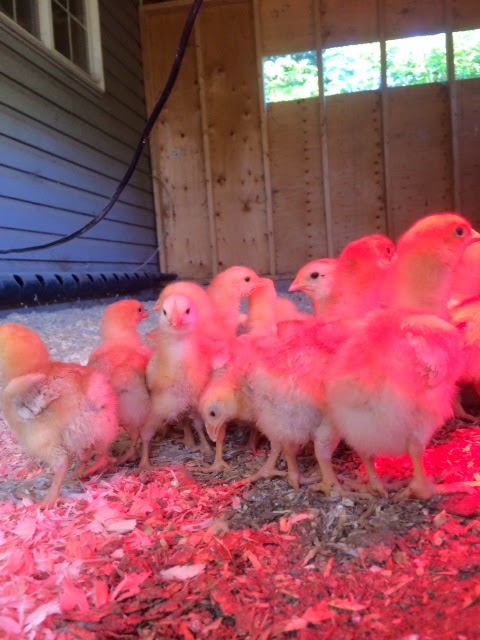 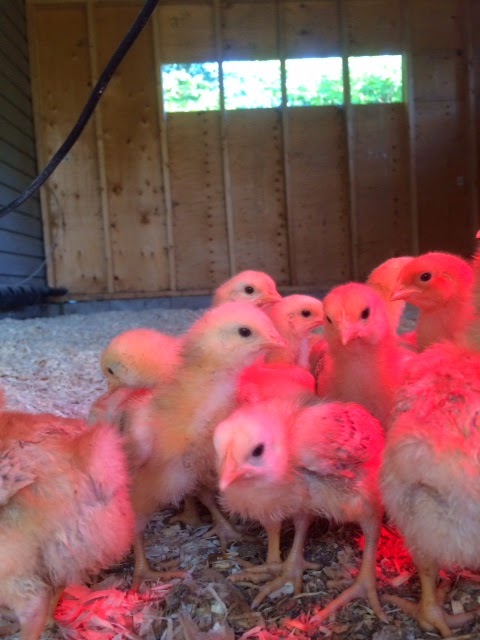 The above pictures are a little weird because of the heat lamp light, but you can still see how cute they are, all fluffy like. 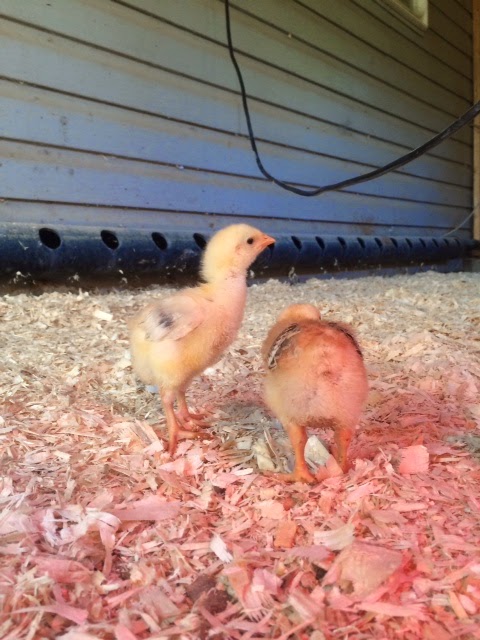 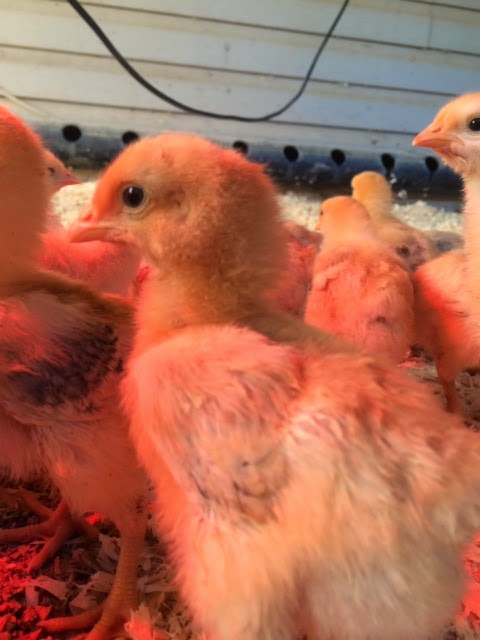 They are quickly leaving the cute stage and are almost at the ugly teenage years, but they are still fun to watch as they run around chasing each other. We're enjoying them while we still can and have spent quite a bit of time sitting out there watching them. 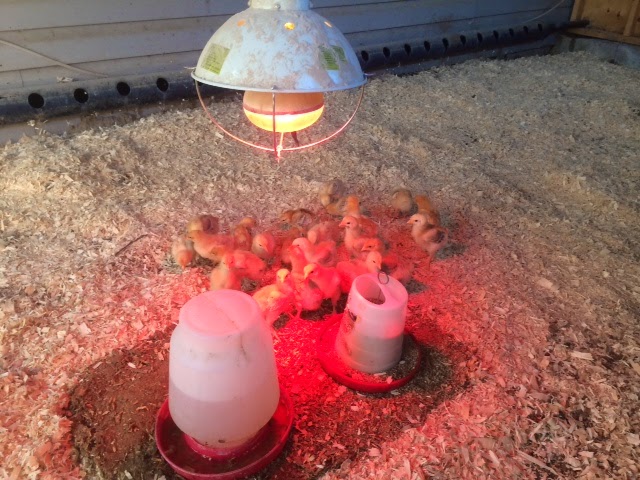 I will try and do a better job this year of taking pictures and keeping you updated on the growing process. Especially since we are trying a different breed, I want to keep our experience well documented.