I can't believe we're already over half way through June and another summer is upon us. Time is going by too quickly. But one of the best parts of summer is my vegetable garden and watching it grow. So now that summer 2014 has arrived, I thought it was high time I shared some garden pictures! 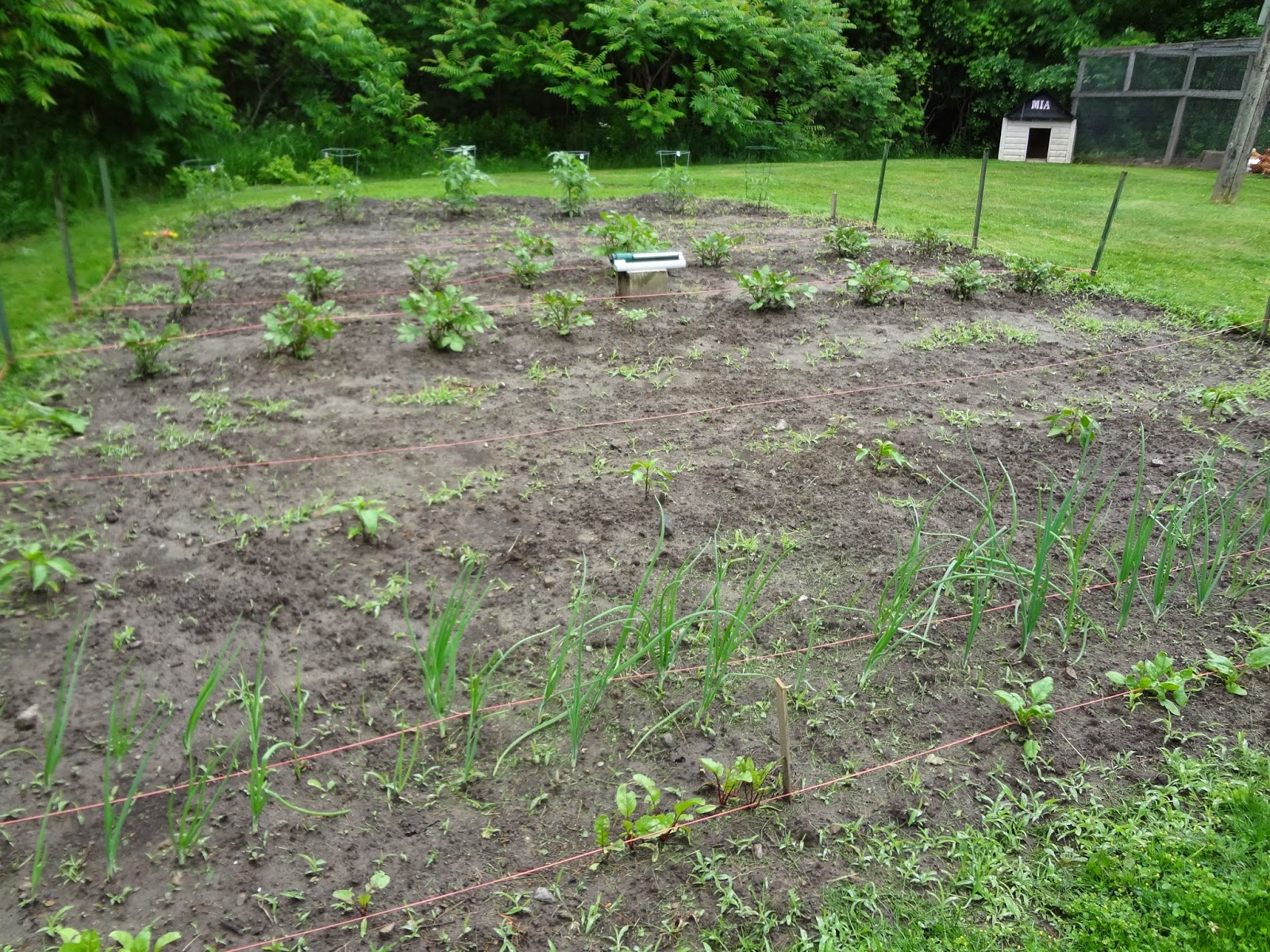 At this point in the game, it's almost impossible to stay on top of the weeds. They grow too fast, especially with all this rain we've been having. But at least you can now differentiate between weeds and veggies.

The other problem with weeding is the mosquitoes and heat. Either it's so hot out you are melting to death or the mosquitoes are eating you alive. And lately it's been raining so much there isn't much time to spend in the garden. So them weeds are getting out of hand again!

Fortunately though, the right things are still growing and my vegetables are making good progress. The ones that came up the first try that is.

We had to replant beans, zucchini, cucumber and some carrots. Some carrots and cucumber came up but not enough, so now we wait and see if the next batch does better.

Everything else came up really well though, so that was encouraging. Other than what's pictured or not growing yet, we have lettuce, onions, peppers and an herb garden.