Come Fly With Me

Yesterday is a day I will likely never forget. And for good reasons this time. 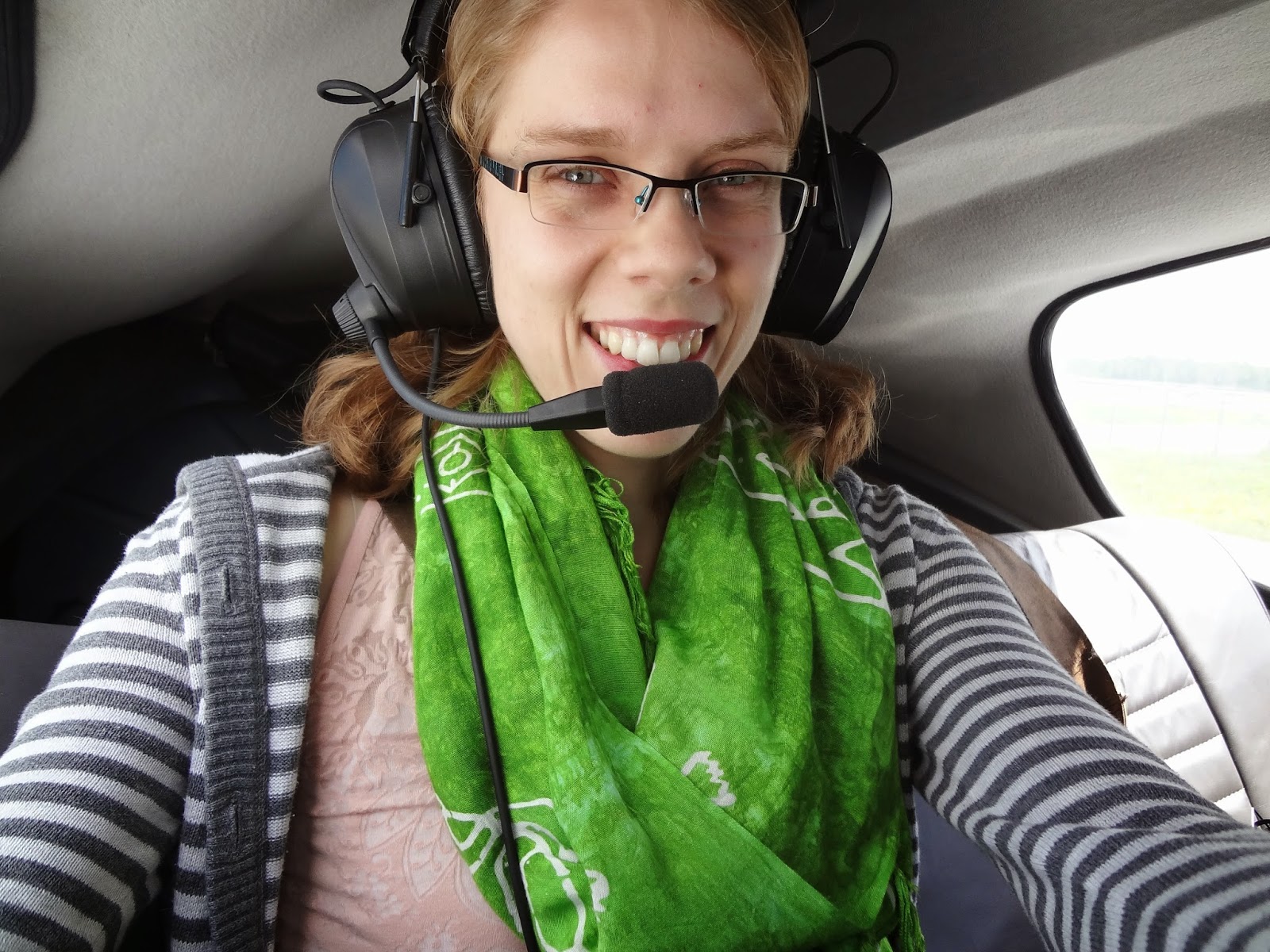 It all started on Monday, when Dan informed me that I needed to set aside a block of time on Wednesday afternoon. When I asked why, he told me he had a surprise date planned and to stop asking questions. I mostly did, other than making a few unrealistic guesses like "flying to Paris to eat supper under the Eiffel Tower" or "going to a Luke Bryan concert".

Wednesday afternoon finally arrived and we happily set out together in Dan's truck. When we pulled in to the Peterborough Airport, I immediately knew what we were doing. 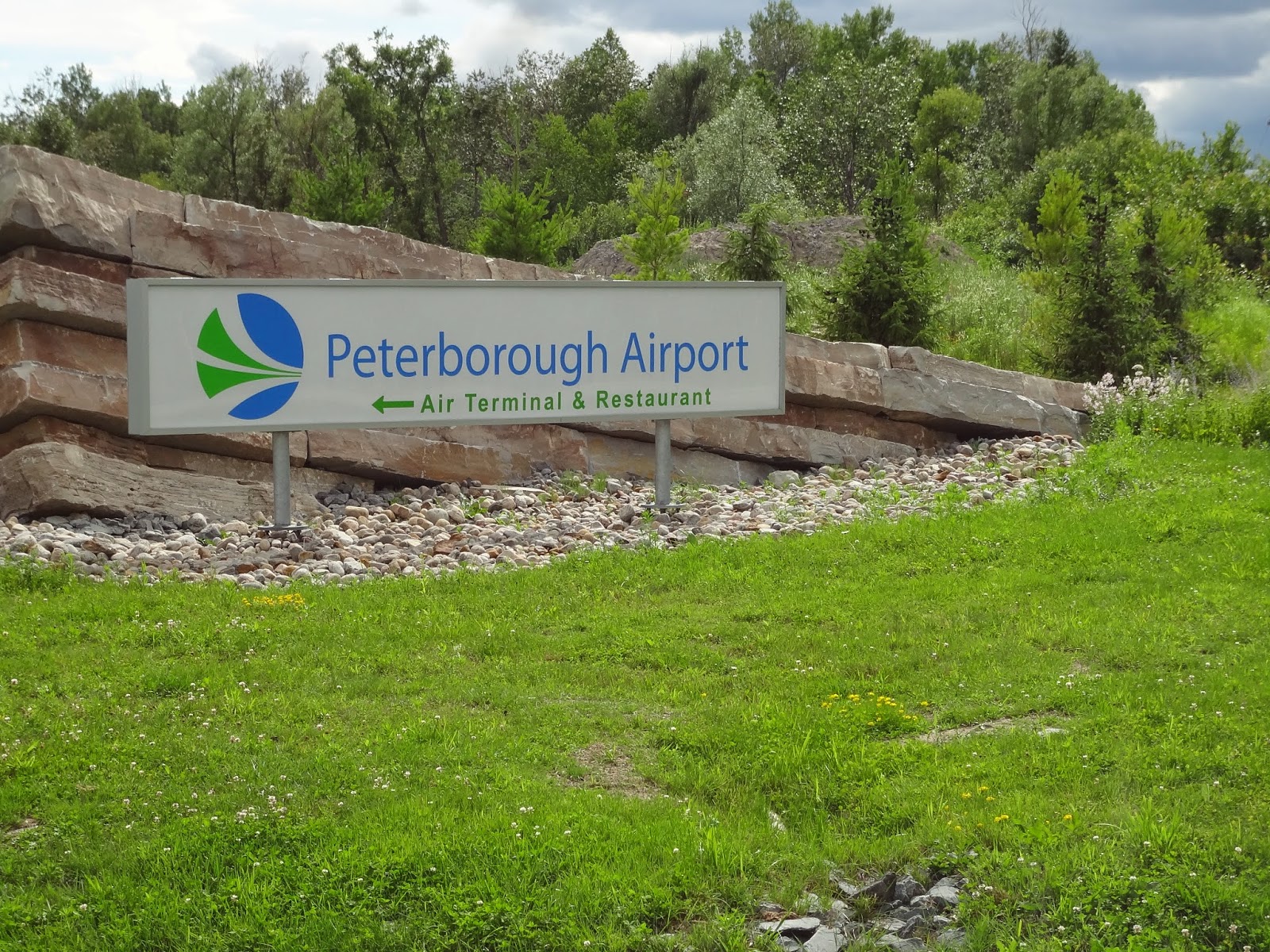 With Dan owning his own business, he gets to meet a lot of different people and in this situation, he knew someone who owned his own small plane and loved any opportunity to show it off. Dan of course jumped at the chance to set up a date of a lifetime. 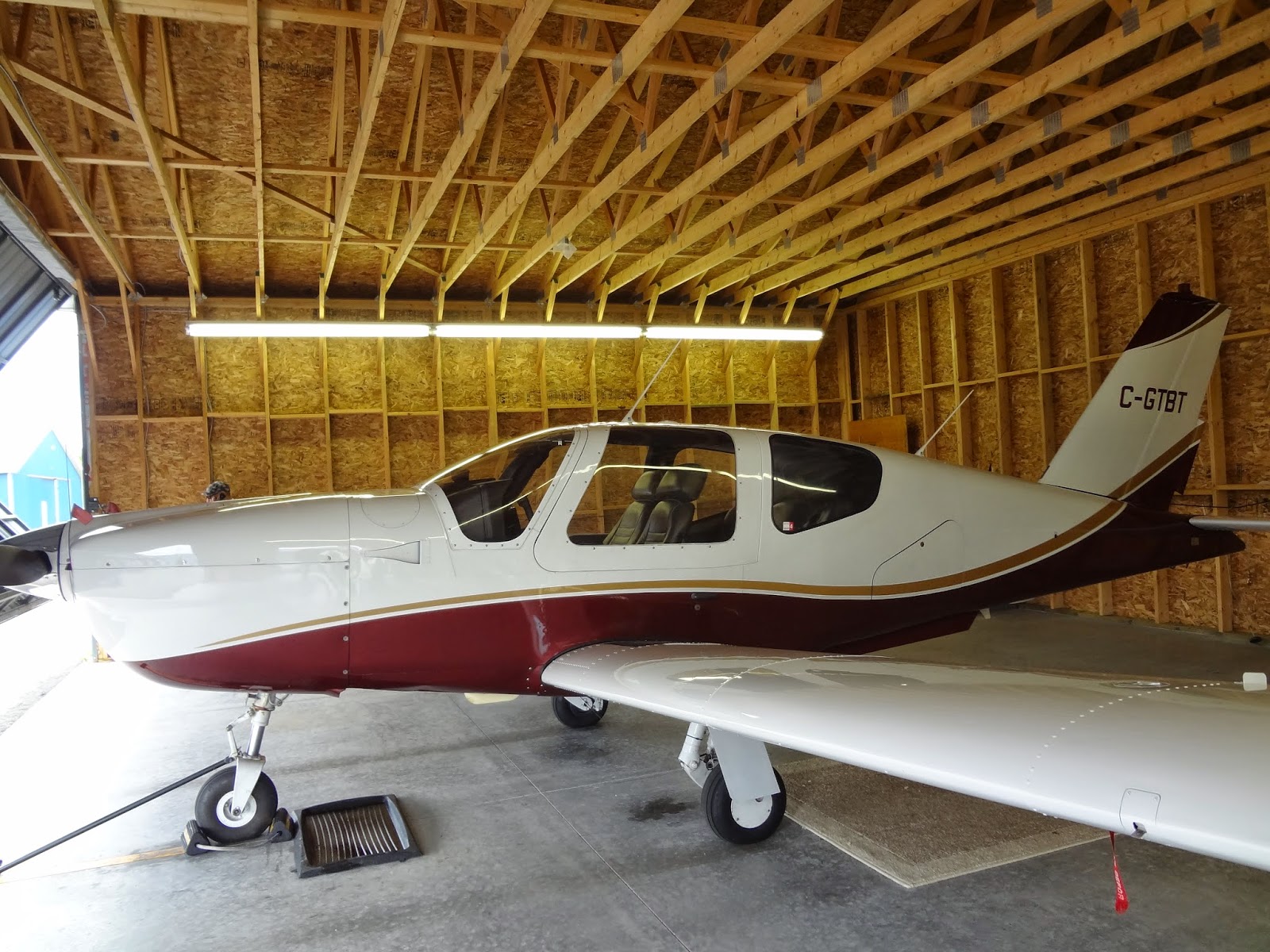 Dan had never been up in a small plane and even though I had been, I was 8 at the time and didn't really remember much. Could have something to do with the fact I was barely tall enough to see out the windows. Needless to say, we were both pretty excited.

After getting settled in and going over the rules and emergency exits, we were off! 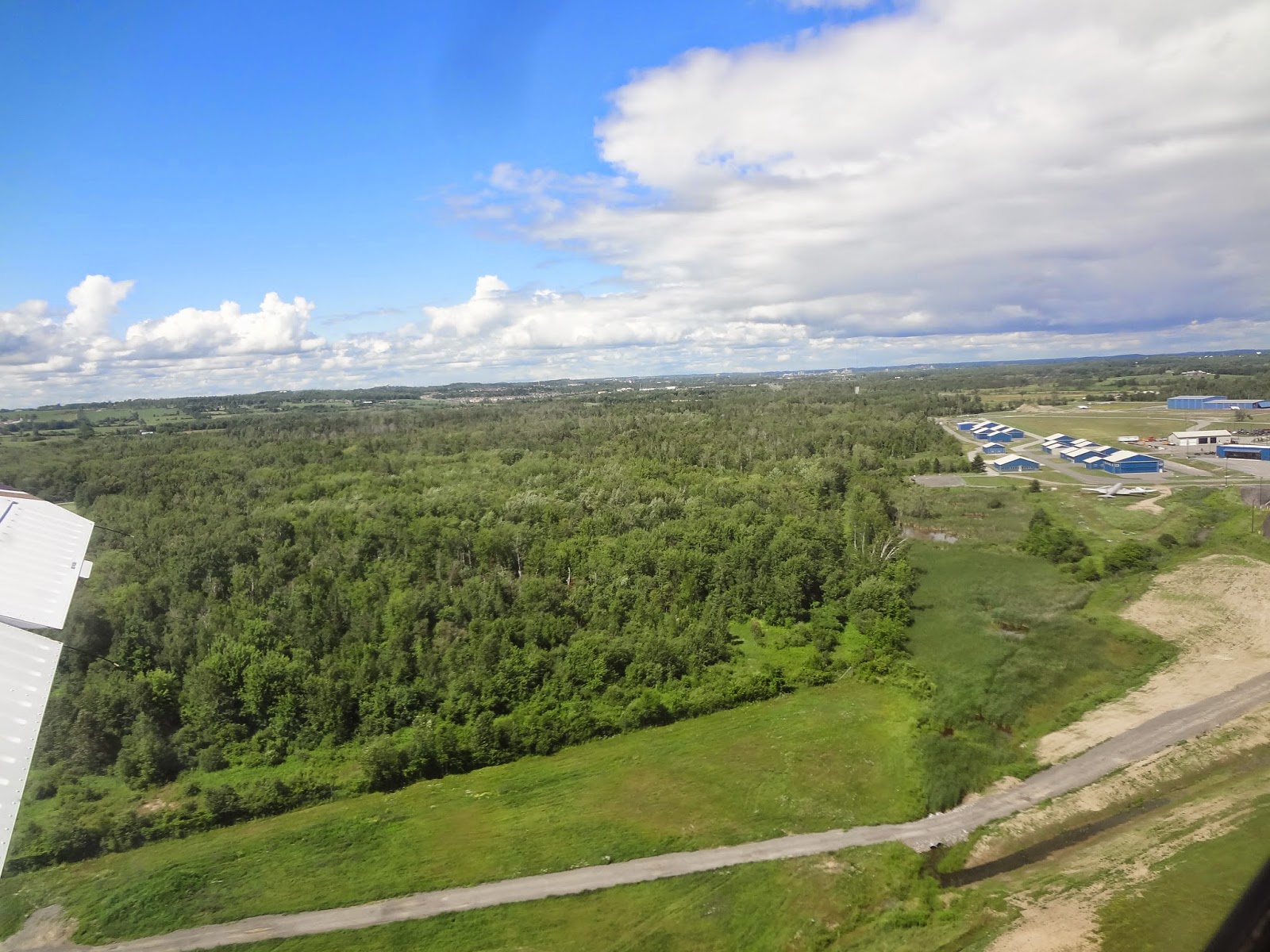 It was so amazing! Being able to see so many familiar sights from the sky was pretty cool. We even got to fly over our house and see what the birds see. 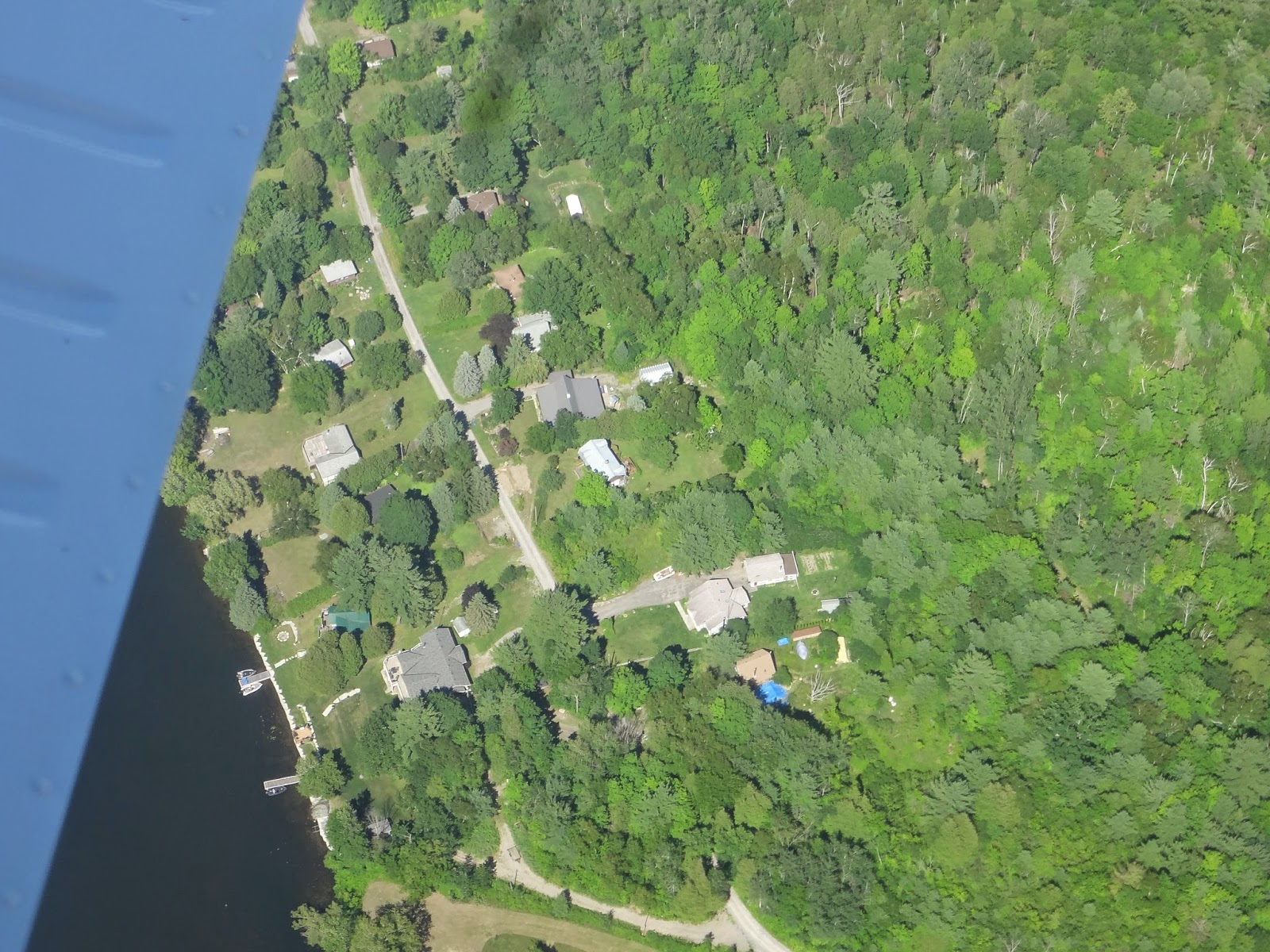 After being way too delighted about this, we headed over to Rice Lake. It was really fun to see it from this view since we had just spent last Saturday cruising it by boat. 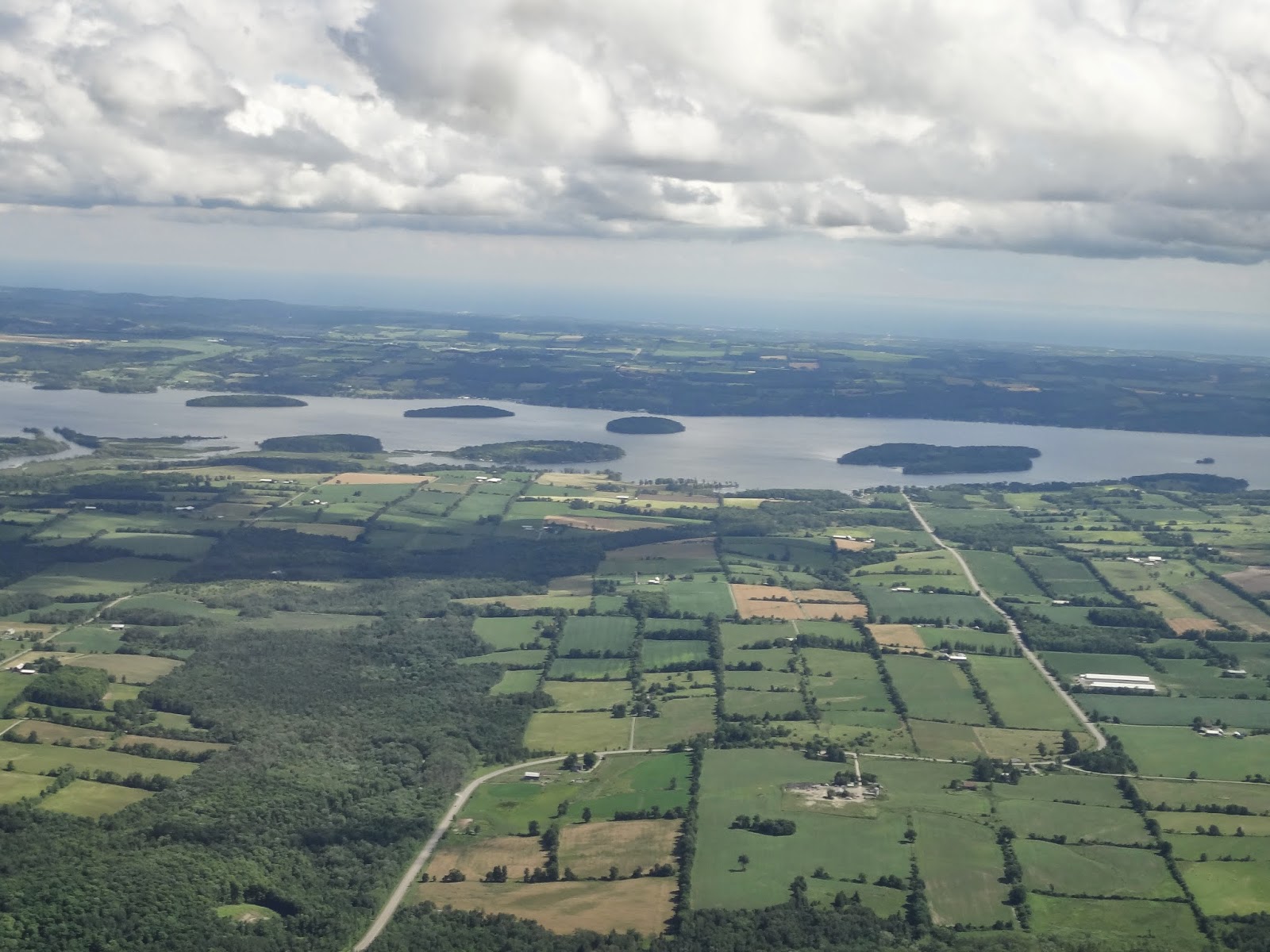 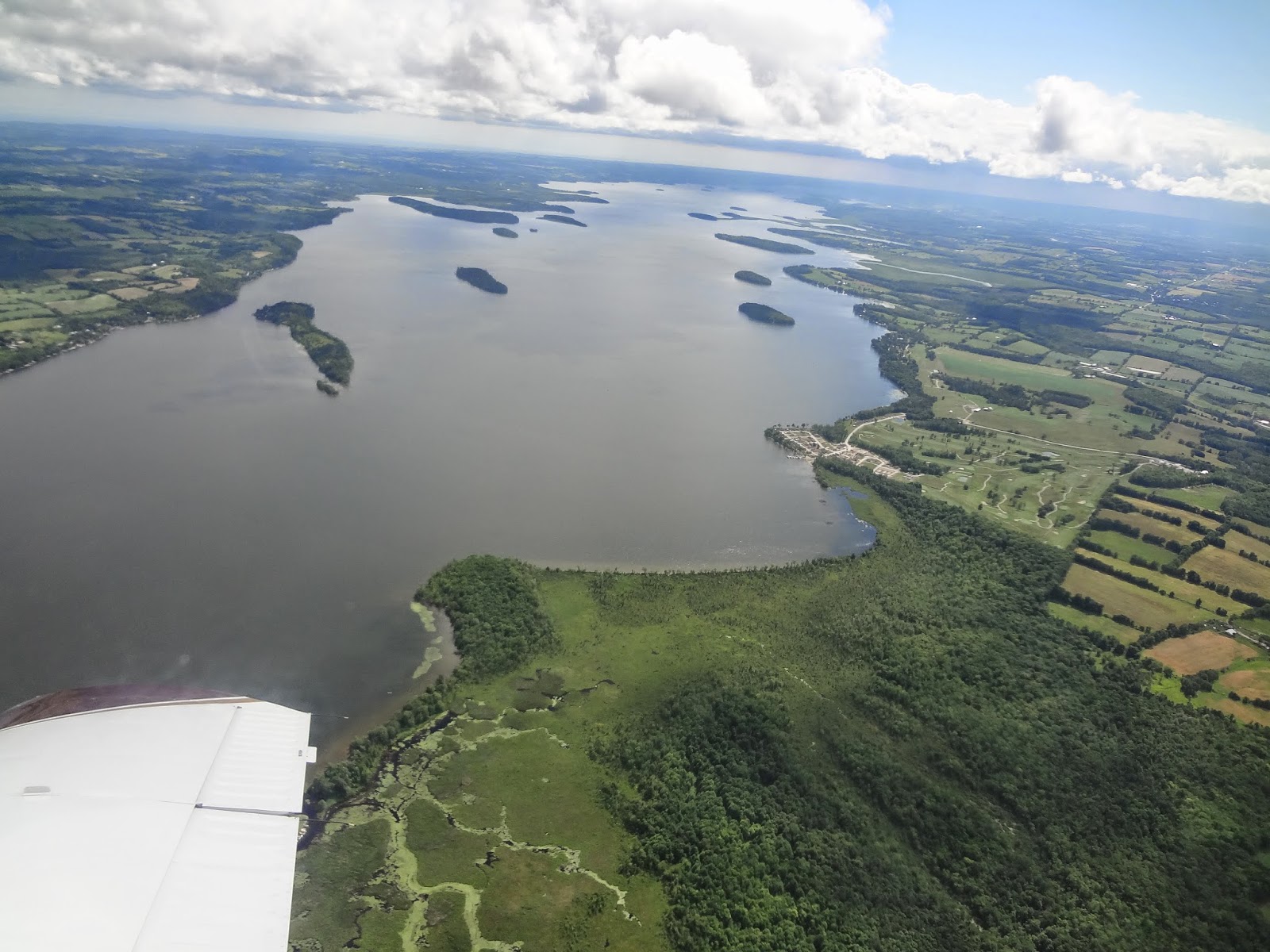 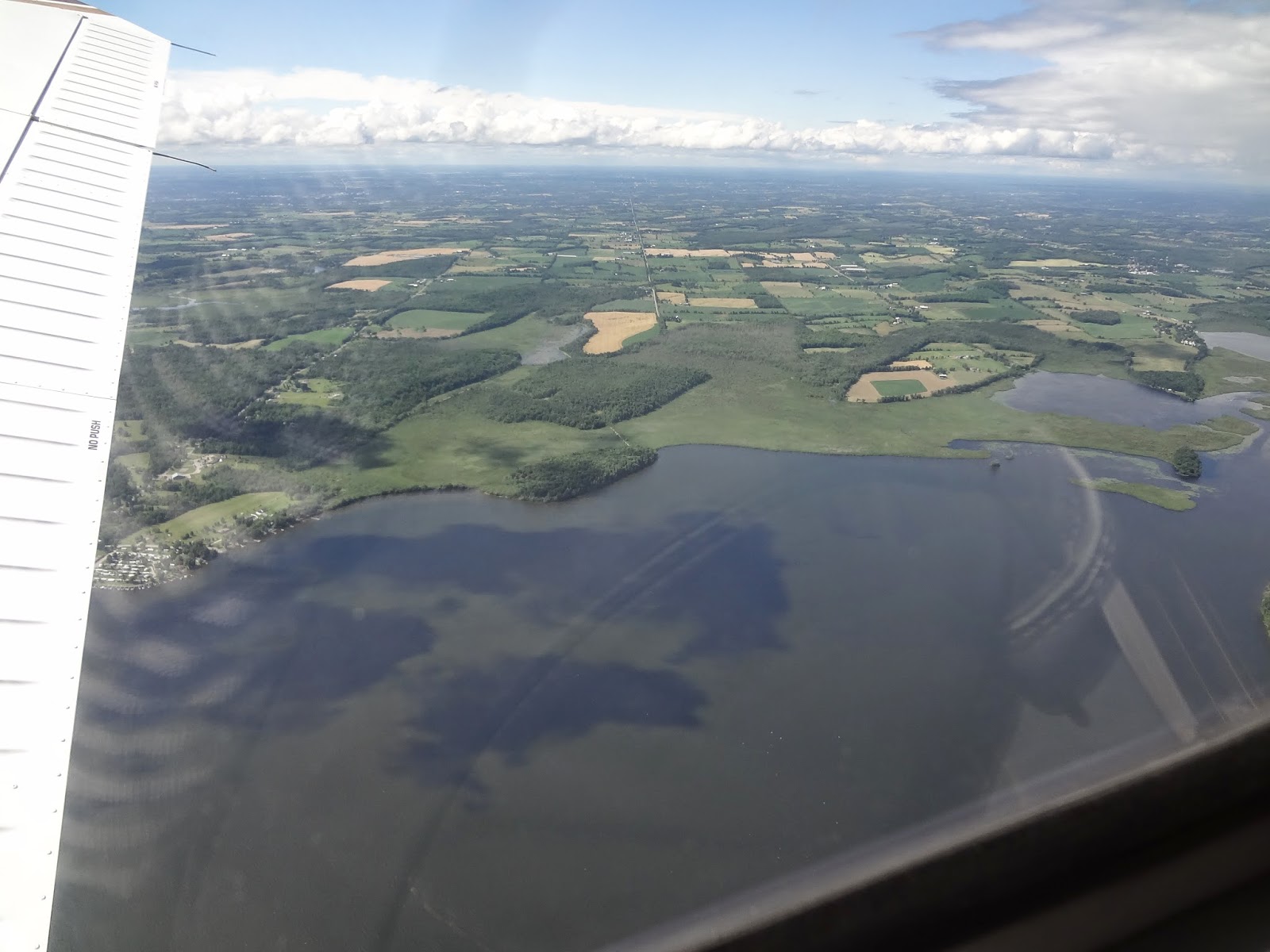 It was at this point that Dan got to try his hand at flying, while I remained calm in the back seat. 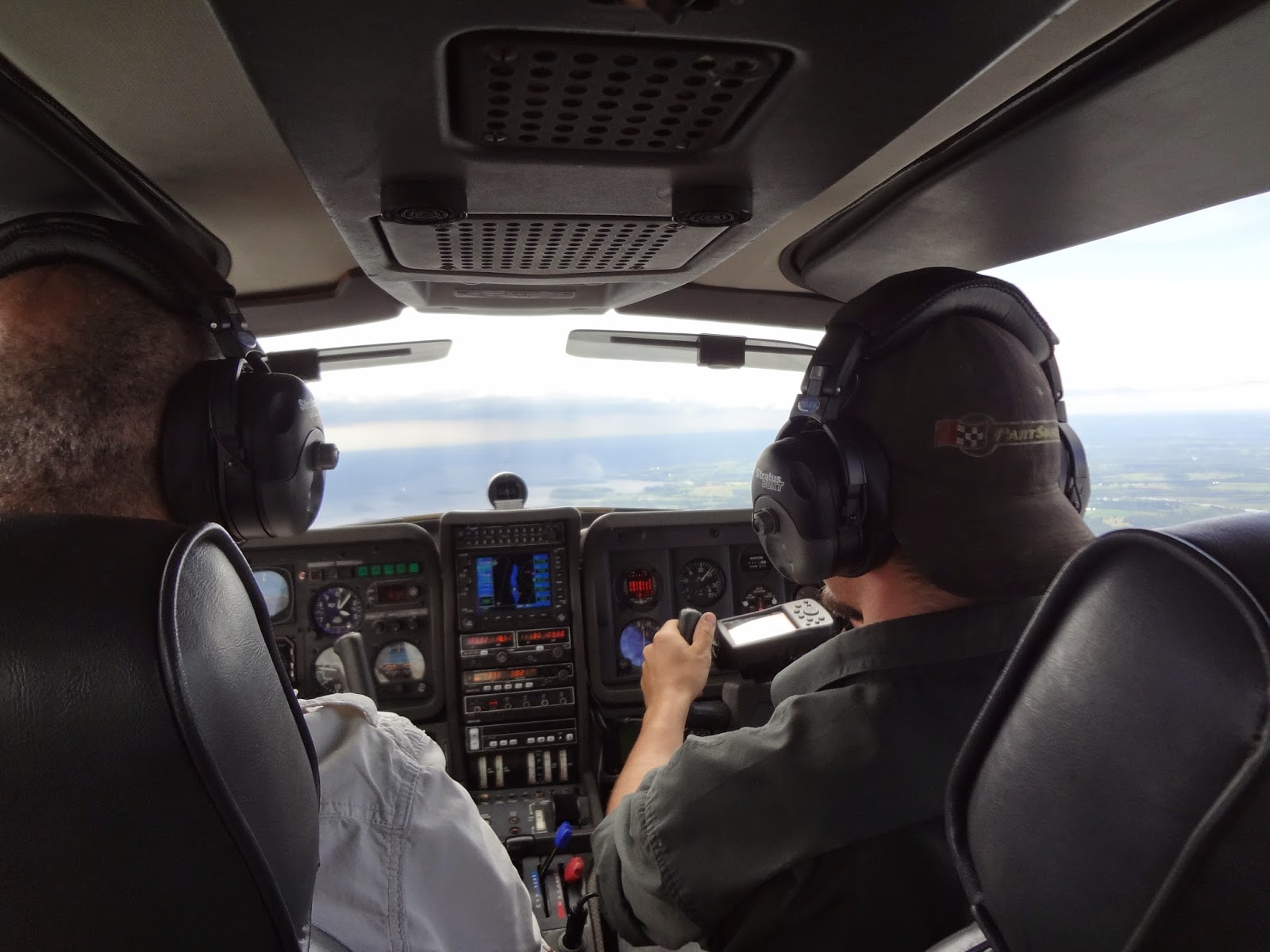 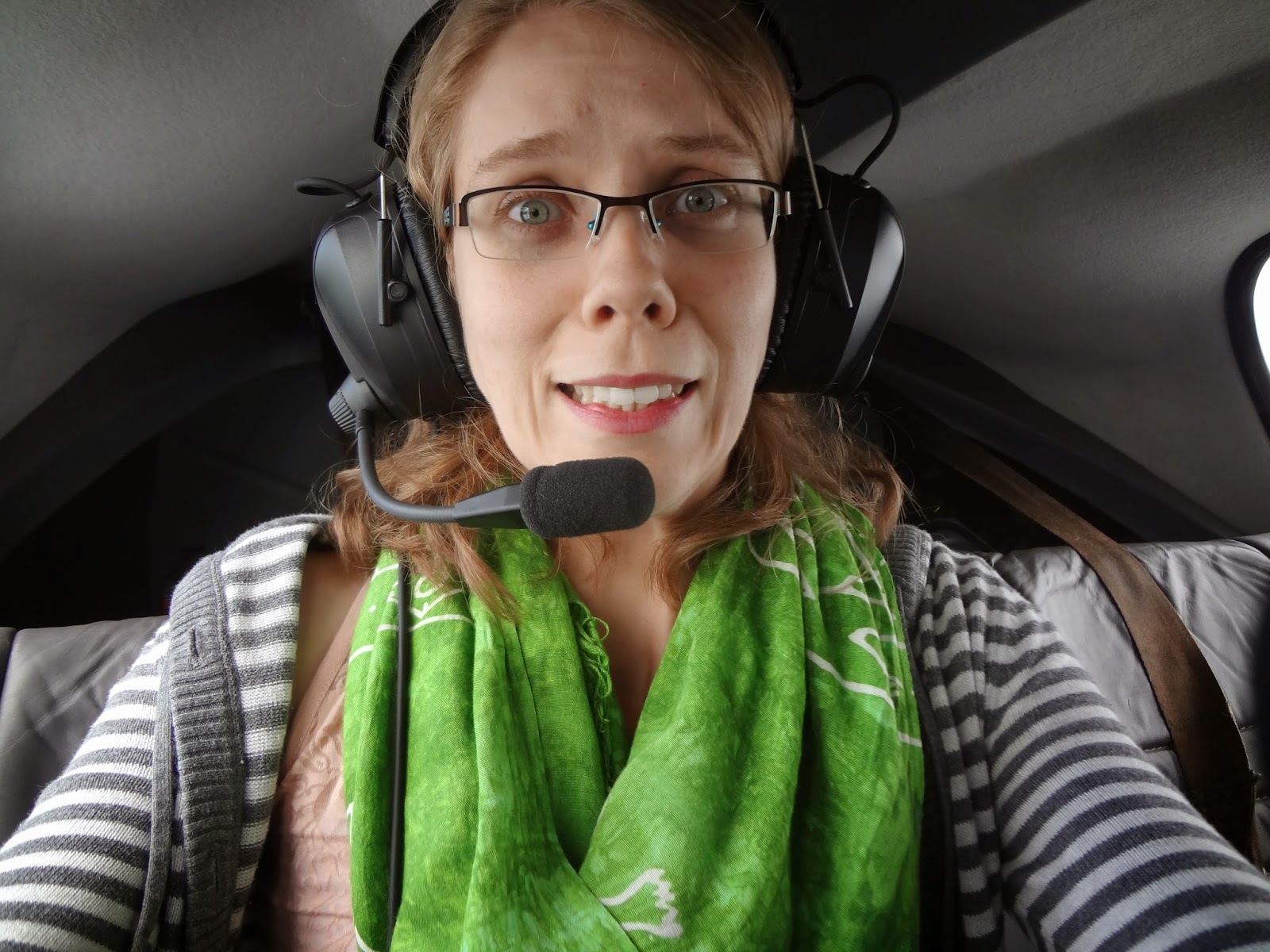 He was actually pretty good at it and I was impressed with how relaxed he was. I would not have handled the pressure that well.

We flew back and forth across the lake until we ran into some storm clouds. It's pretty cool how when you're in the sky, you can just decide you'd rather be in the sunshine and turn around and leave the storm. At least you can when you're not going any place in particular. 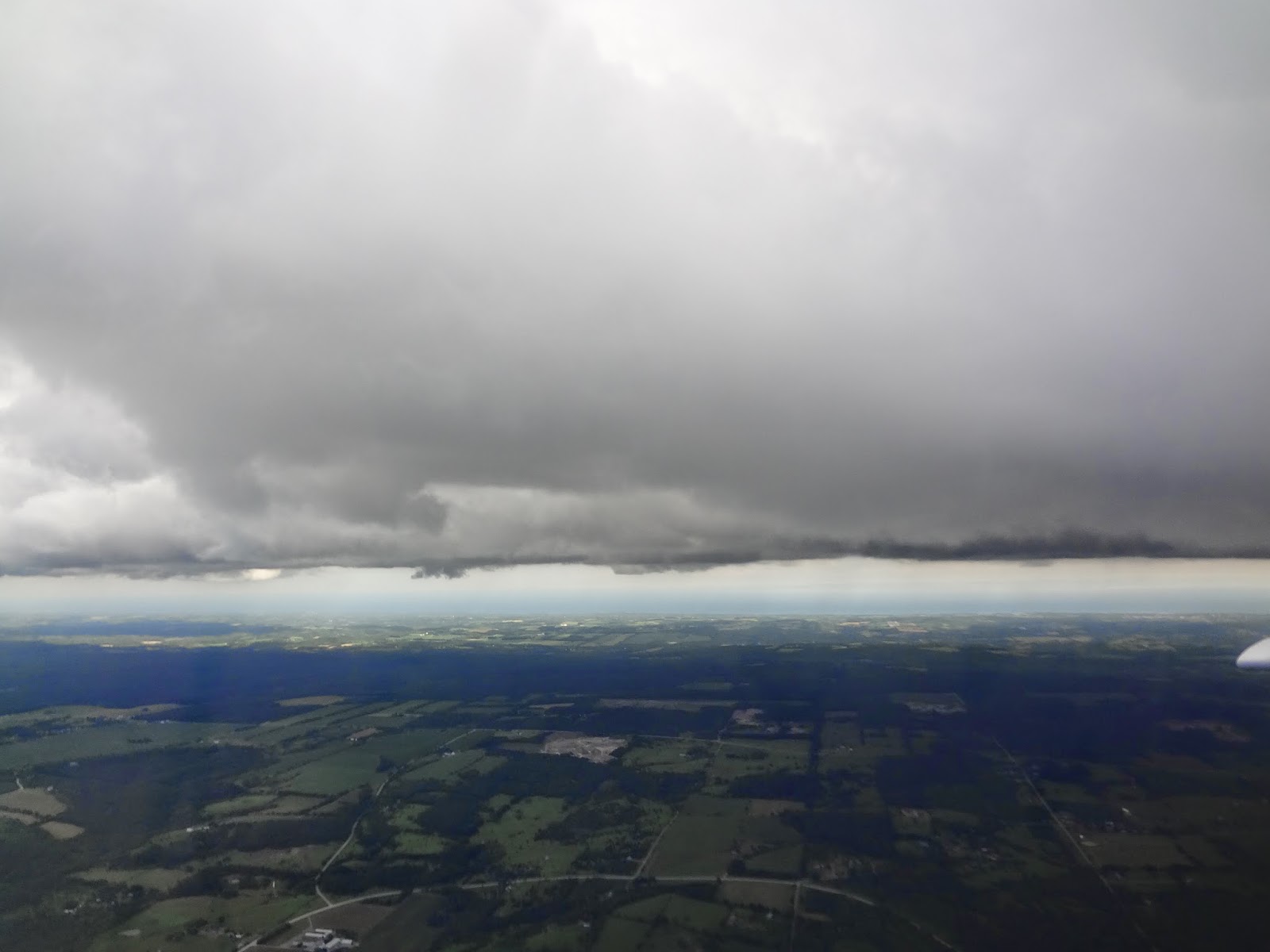 After escaping the storm clouds, we did one more pass of the lake before heading back to the airport. 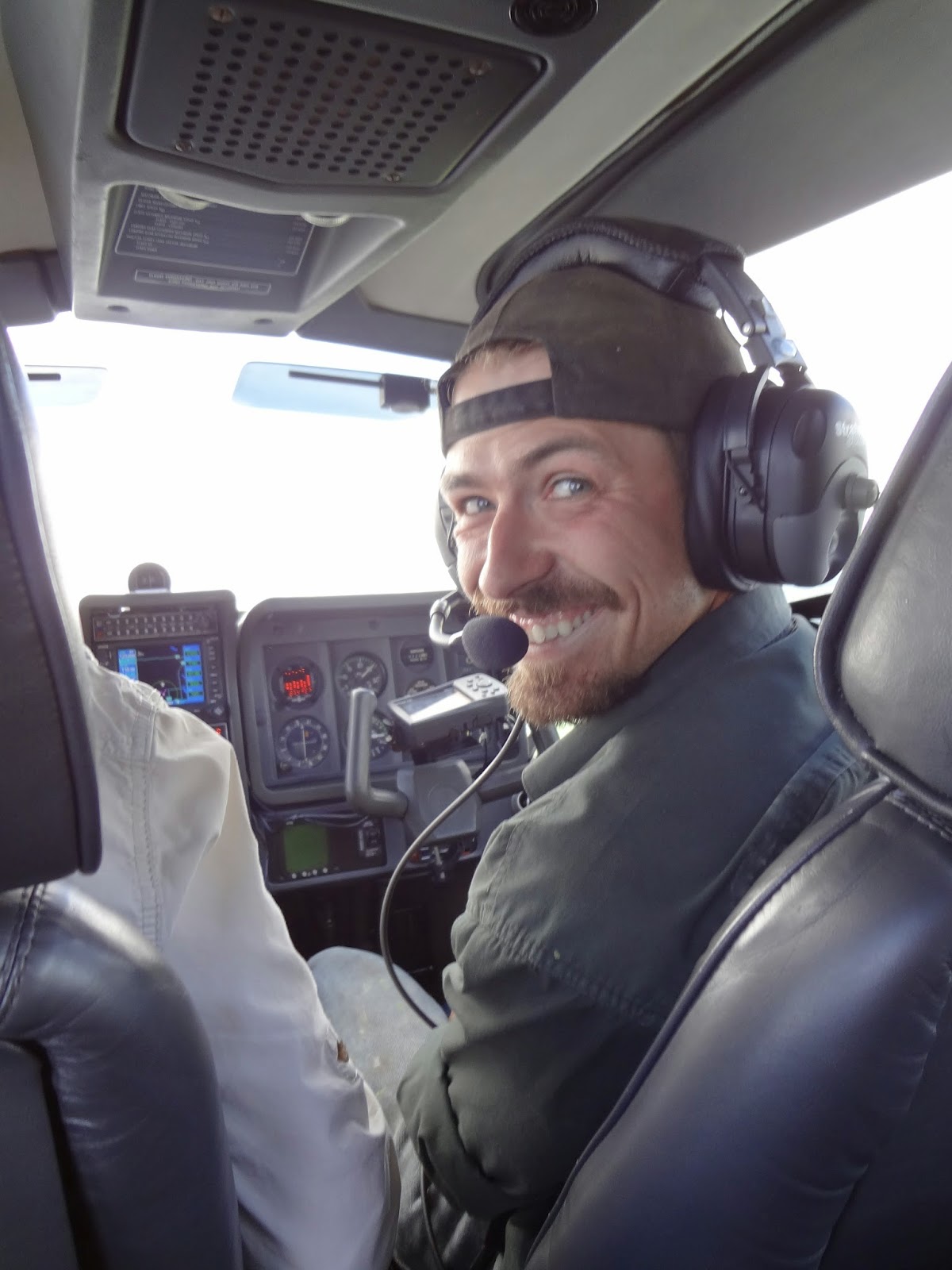 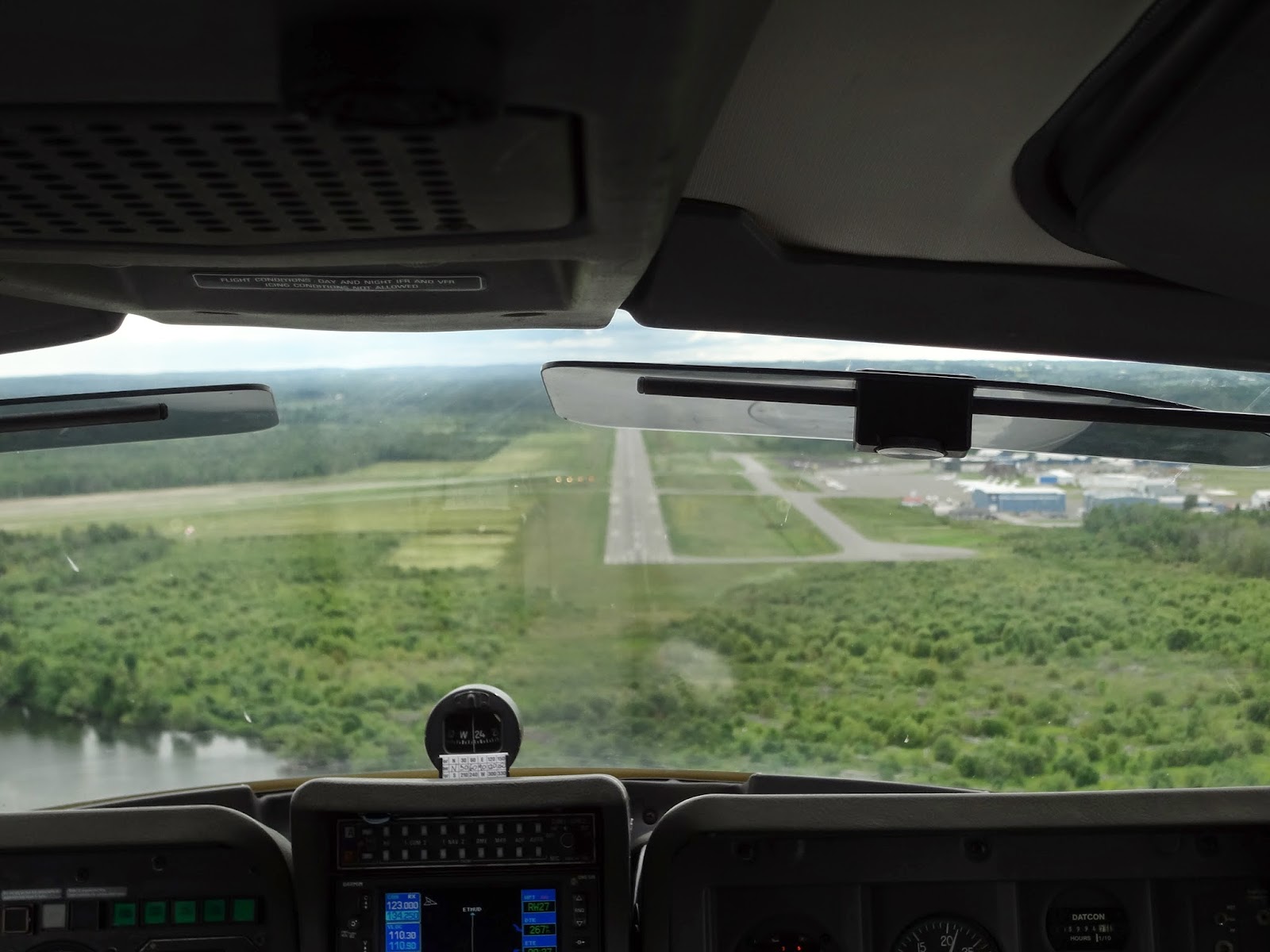 Once we landed again, we thanked our pilot profusely and took the classic picture of us posing beside the plane. 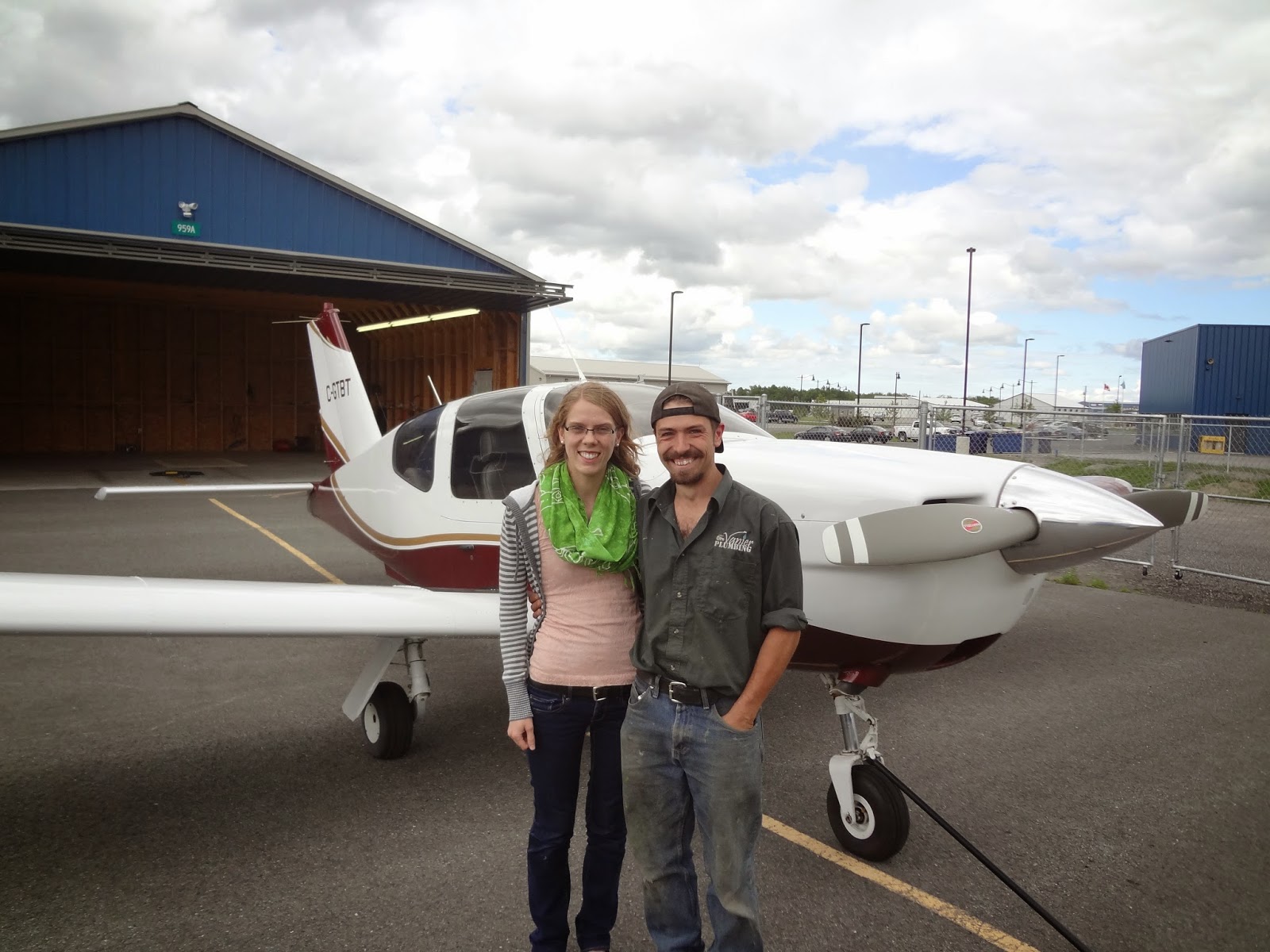 So basically, one of the best dates I've ever had. I've got the best husband in the world.

Have you ever flown in a small plane? Is it on your bucket list? How about a helicopter? I'd love to have a ride in a helicopter.
Posted by Jenn0021 at Thursday, July 17, 2014