Since I already blogged about our strawberry and raspberry picking adventures, I figured it was time to share my blueberry picking with you.

Our August has been and will continue to be pretty busy and I was beginning to get worried that we wouldn't find the time to get out to the blueberry fields again. But I knew that I had to find a way since I loved eating last years blueberries all winter long. Ideally, I prefer to go berry picking with someone and that someone is usually Dan, but this year that wasn't possible. Dan had to work and even though I had initially planned to invite a friend, I ended up going a little last minute.

I woke up Monday morning and checked the weather report for the week, thinking I'd head out to go picking sometime in the middle of the week. Except for that plan turned into a "must leave immediately" plan, since the rest of the week was forecasted as wet and cold.

So I put on some sunscreen, grabbed a hat and some buckets and jumped in the car for the 40 minute drive to the blueberry fields. 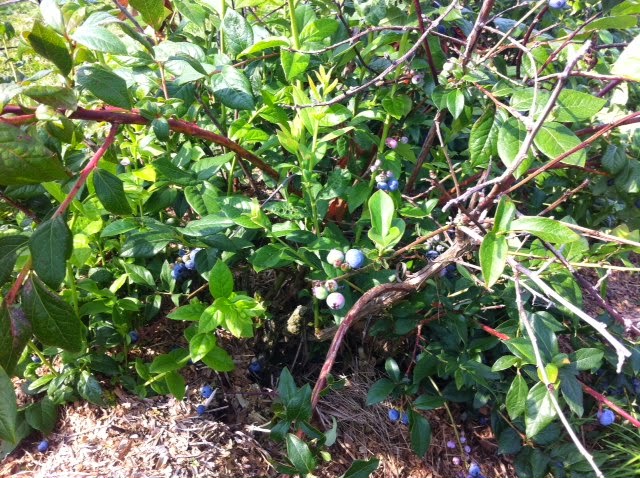 The picking was a little slow at first, but I kept at it and eventually filled one of my smaller buckets. I had noticed though that as I continued to pick along the row, the bushes I was coming up on had less and less berries. I eventually decided that the row must have already been picked recently and it was necessary for me to jump over to some more blueberry laden bushes. I didn't want to spend ALL day picking berries in the hot sun. 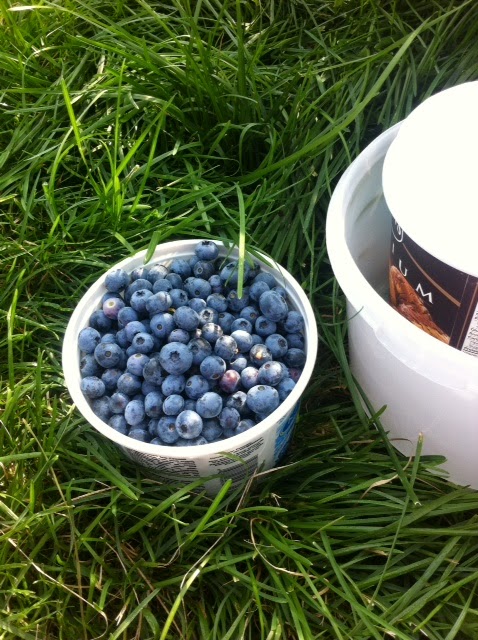 Fortunately for me, two rows over from where I had been, the bushes were heavy with fruit. Like so heavy that I probably only moved a few feet to fill my remaining three buckets. 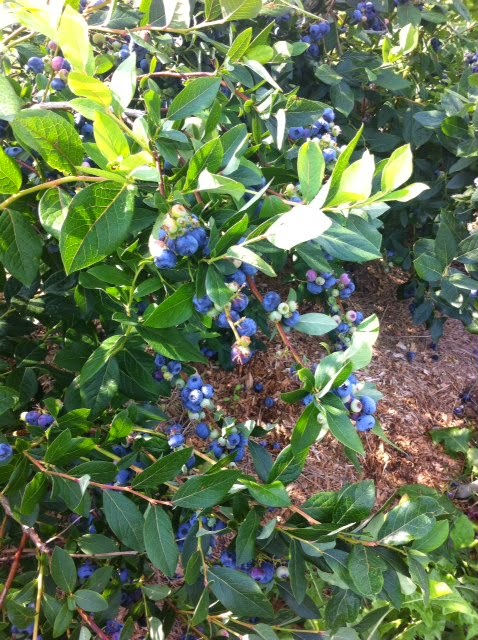 By this point though, I was getting hot and lonely. The sun was beating down on me and I didn't have anyone to talk to about it. Most of the other people in the fields were in groups and everyone around me was chatting and appearing to have more fun. But I tried not to have too much of a pity party and thought about how much I would enjoy eating these berries over the next few months. 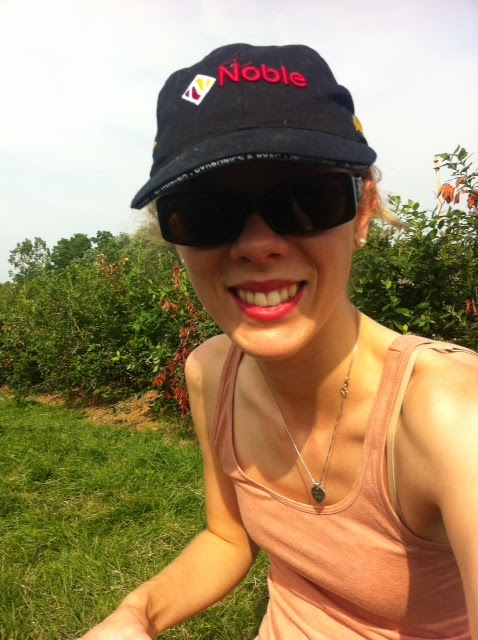 I picked for about an hour and a half before I had filled my four buckets, which totaled to almost 10 litres of blueberries. After precariously balancing all four buckets in my arms for the long walk back to the car, I was finally on my way home. 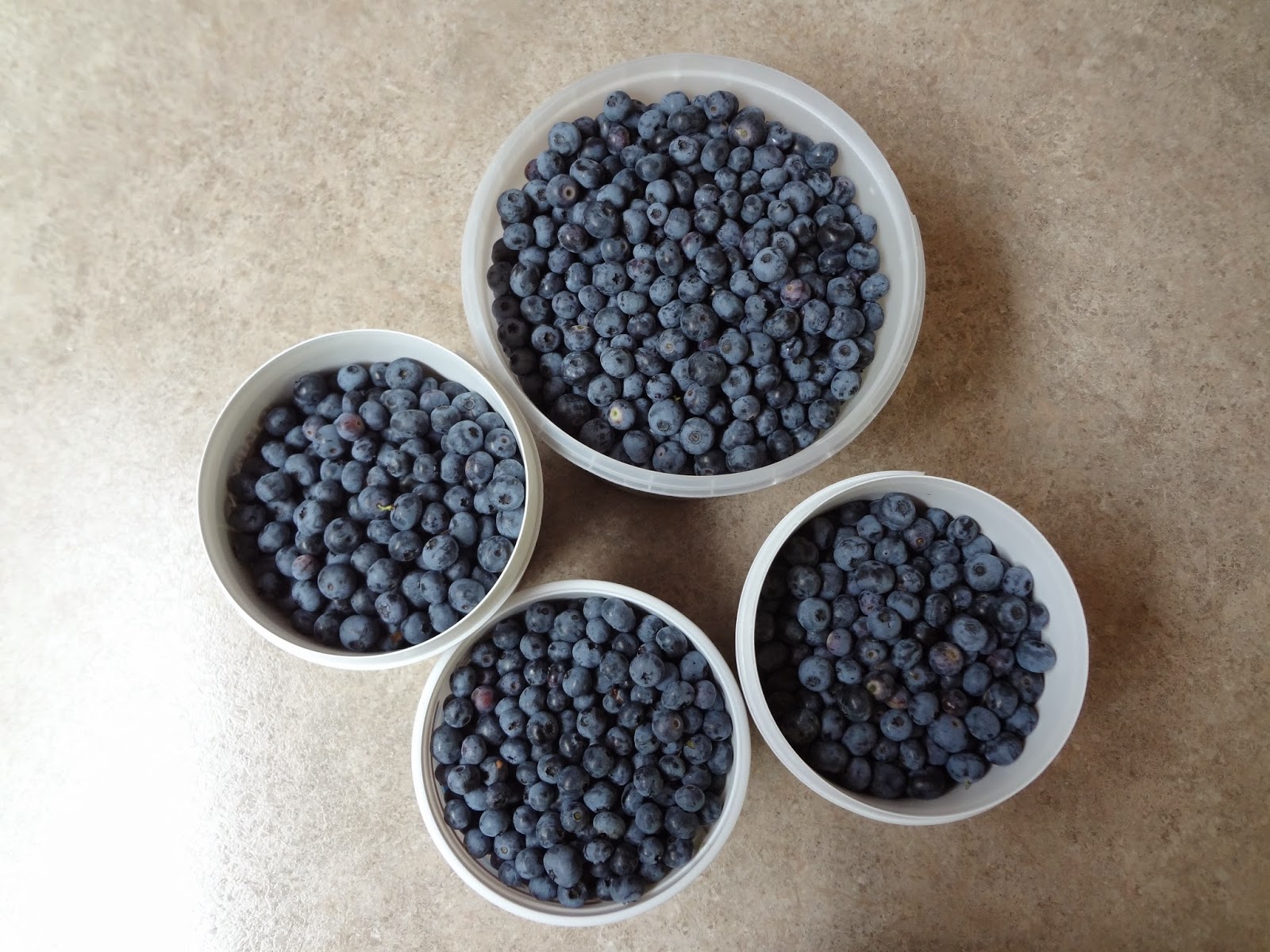 Similar to last year, I left some in the fridge to enjoy fresh but ended up freezing the majority of them. I think I now have 8 or so ziploc bags in the freezer filled with delicious blueberries. 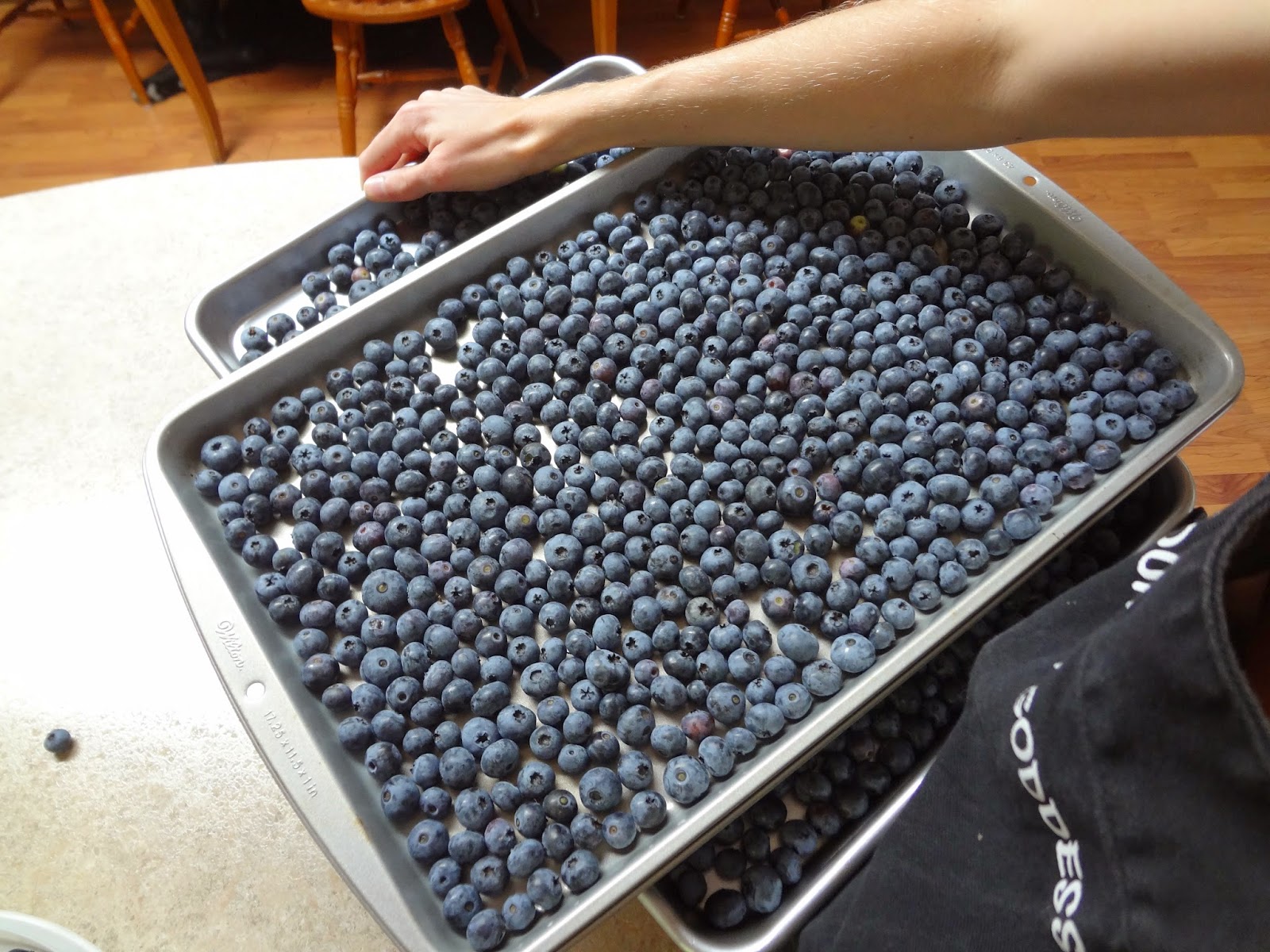 Email ThisBlogThis!Share to TwitterShare to FacebookShare to Pinterest
Labels: Freezing