I've mentioned a couple times on the blog that Dan and I occasionally go geocaching but I know that some of you still have no idea what it is. So for a refresher, here is the definition according to Wikipedia.

Geocaching is an outdoor recreational activity in which the participants use a Global Positioning System (GPS) receiver or mobile device and other navigational techniques to hide and seek containers, called "geocaches" or "caches", anywhere in the world.
A typical cache is a small waterproof container containing a logbook where the geocacher enters the date they found it and signs it with their established code name. Larger containers such as plastic storage containers (Tupperware or similar) or ammunition boxes can also contain items for trading, usually toys or trinkets of little value. Geocaching shares many aspects with benchmarking, trigpointing, orienteering, treasure-hunting, letterboxing, and waymarking.

So now that I have that out of the way, I can get back to our adventure! Last Sunday after church, Dan really wanted to do some geocaching. So we spent some time picking our spot and finally headed off to the Lift Locks, since it looked like they had a fun little series of caches set up there. To start off, we went to the visitor centre and picked up a "geocaching passport" that gave us the coordinates of where to find each of a series of six caches. Cue excitement on my part!

It started off a little rough since we kept looking up the wrong thing on our phones but we finally headed off to the first one, a little ways up the river. We had actually already found this one two years ago (I blogged about it here) so that made it a little easier to find. 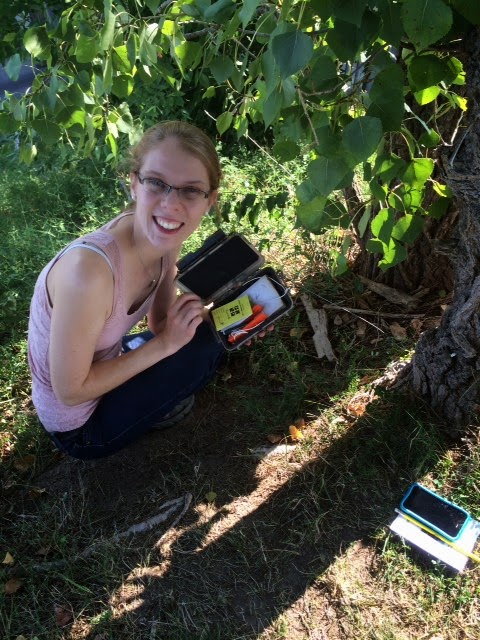 After finding the first one with such ease, we felt confident heading off to the second one. Turns out, it was a little harder than anticipated. We searched and searched where it was supposed to be but kept coming up empty handed. Although I will say, Dan was really good at searching the bushes for them. 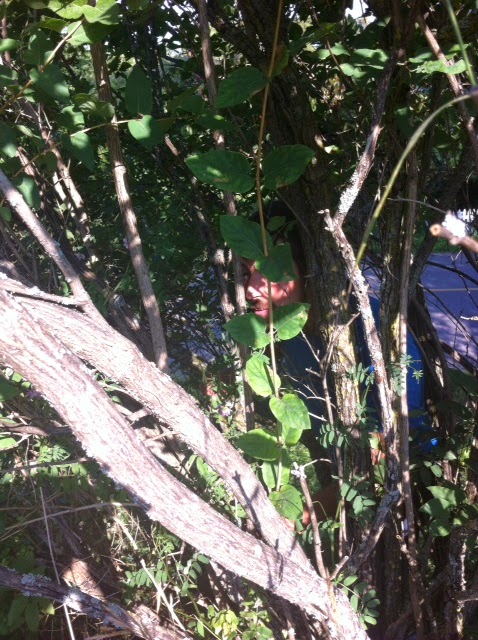 When I was just about ready to give up on the whole thing (I'm not very patient when it comes to the searching part), we finally stumbled across a previous log entry that mentioned it was actually 30 feet before the posted coordinates. That simplified things! We found it right away once we moved spots and happily marked off the second cache in our "passport". 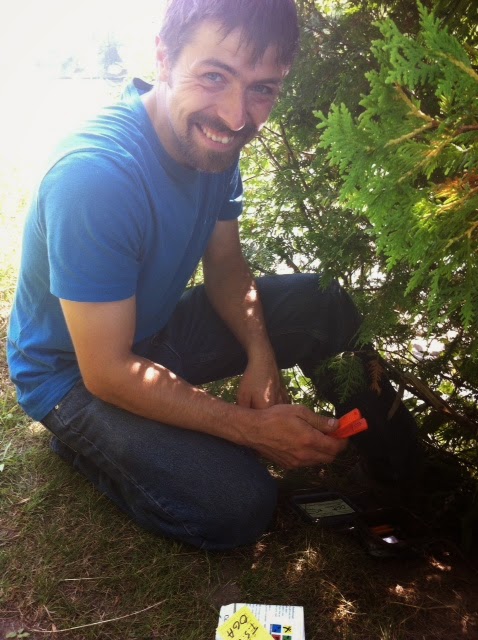 We were thoroughly enjoying our adventure together, despite being a little hot, and we headed off to the next posted coordinates. But first we took a picture of us on our date, since we unfortunately don't get out and do this often enough. 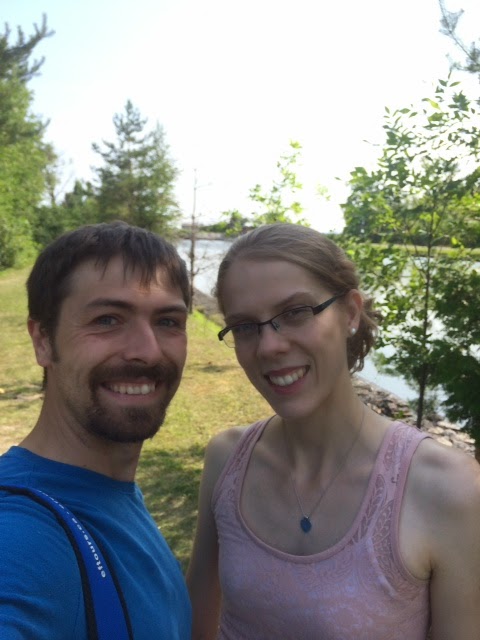 The next few caches were fun finds and we were making good progress, having found 4 out of 6 caches. 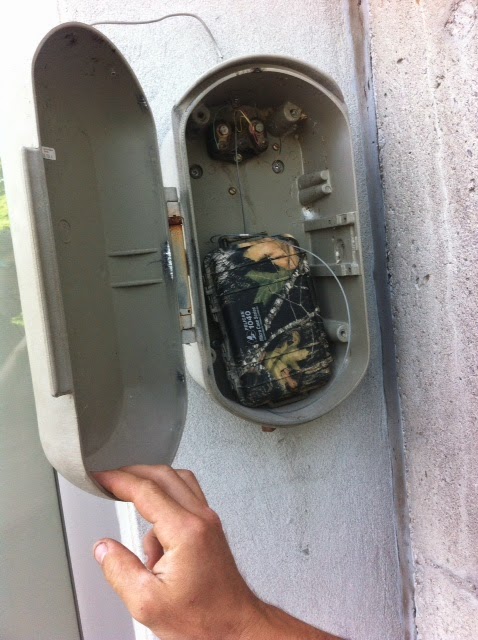 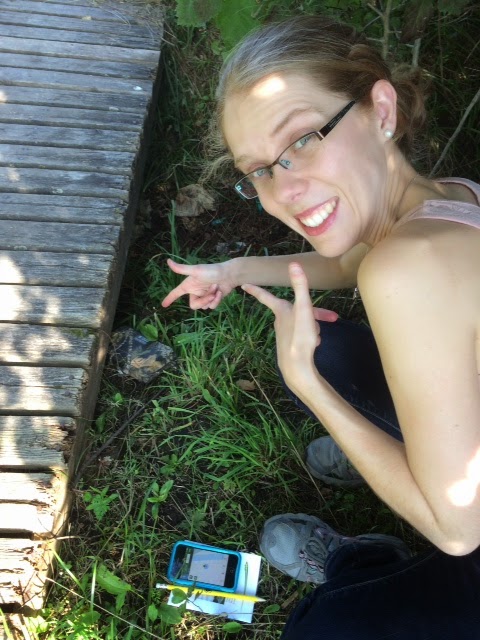 It was at this point that I suggested we head home and find the rest of them at a later date. I was hot and hungry and not up for walking any more. It was a humid day and we were dressed for the motorcycle, not for parading around in the sunshine. But Dan really wanted our prize and pushed me to keep going, saying we were super close to the end and we may as well just finish it off. I reluctantly agreed and we headed off once more. 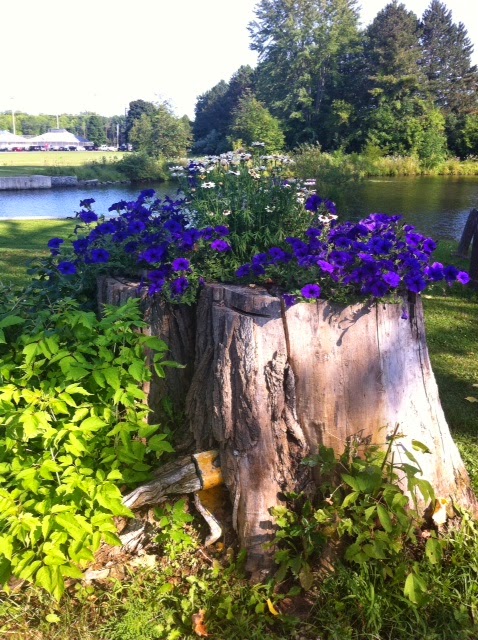 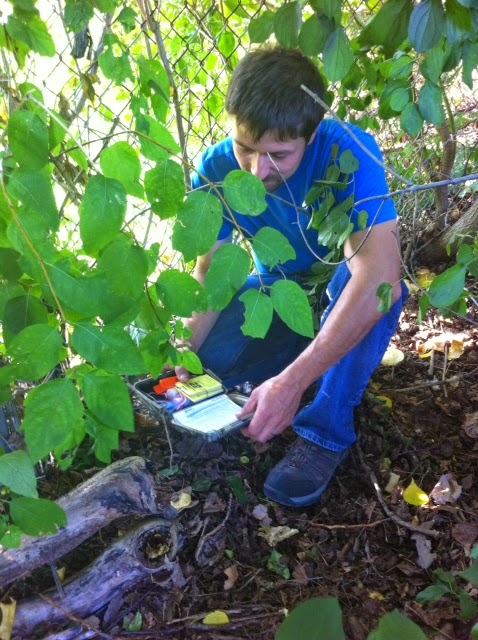 The nice thing about this series was how easy to find all the caches were. Well other than the one with the wrong coordinates. I don't have the attention span for complicated ones so these were right up my alley.

The last cache was hidden in a cool spot though, and we were pretty excited when we discovered where it was. 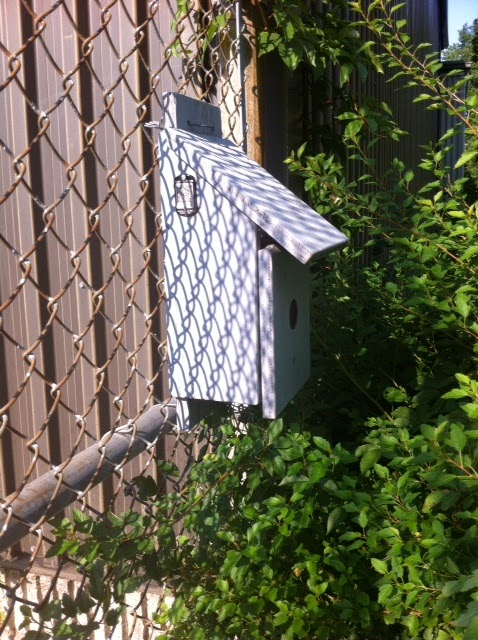 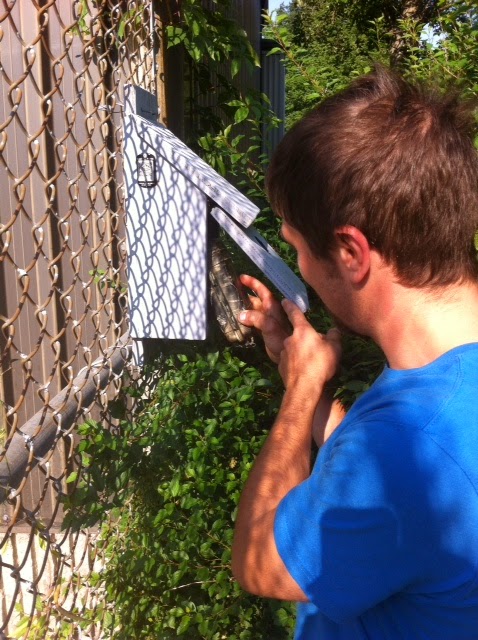 After the last spot was stamped in our passport, we excitedly took a picture of it and us, feeling awfully proud of our successful afternoon. 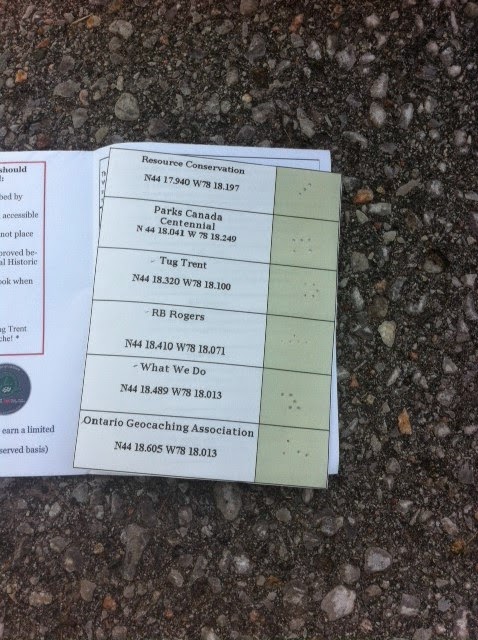 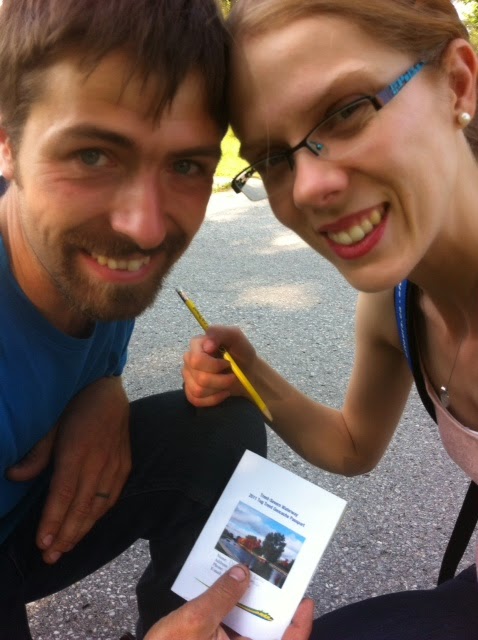 We then started the long trek back to the visitors centre to hand in our passport and collect our prize. By long trek I mean less than a kilometre, but it sure did feel long walking back with no fun stops along the way. But it was a good thing we got there when we did, since they were closing in 10 minutes!

We happily handed in our passport that took a couple hours to complete and guess what she did with it? 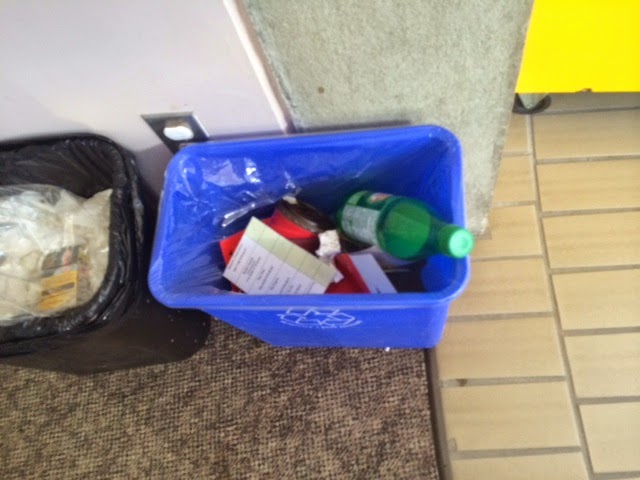 She threw it into the recycling bin right in front of us. While I didn't expect them to keep all these useless pieces of paper forever, I figured she could have at least waited the extra minute for us to leave and then throw it away. Oh well.

We received our prize, which is a pretty cool looking geo-coin. The pictures don't do it justice but it was all I could do this morning in my half asleep state. 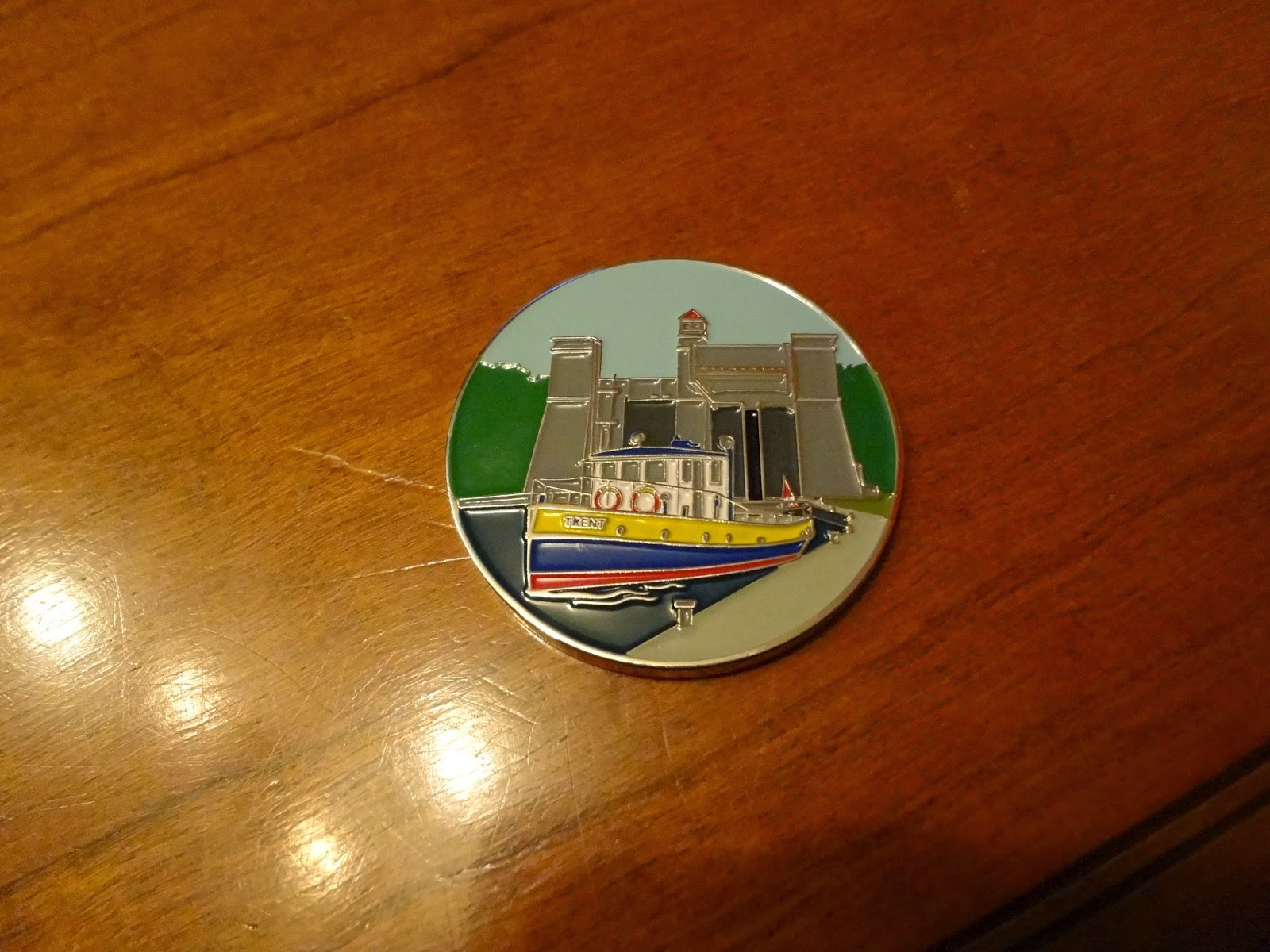 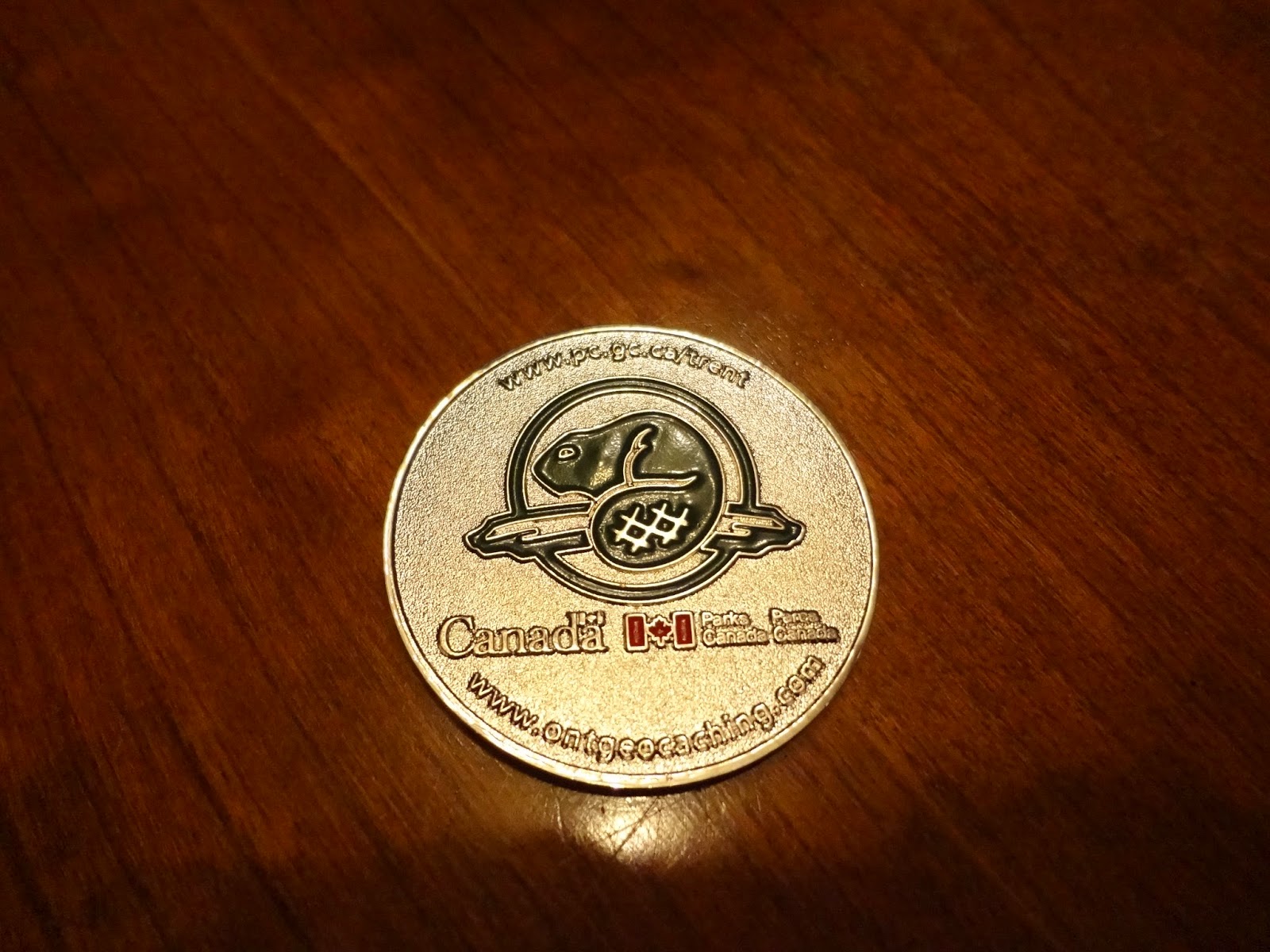 It was a really fun day together and it was pretty exciting for me to log all those finds into my phone. Look at all the smiley faces! 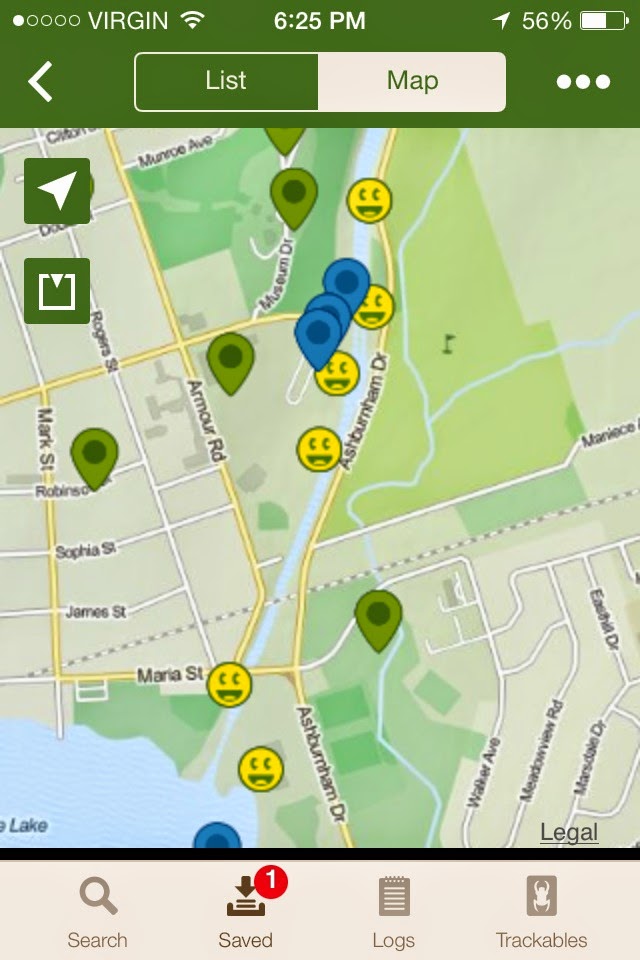 Anyone else do any geocaching lately? Anyone complete this series at the Lift Locks in town? It's a really pretty location for a walk. 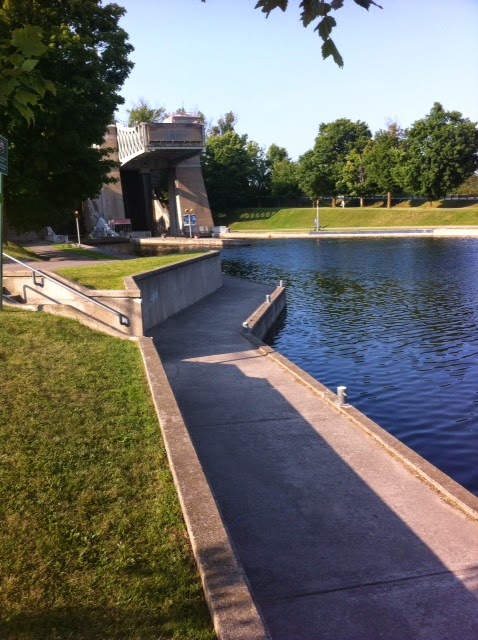 Even if you aren't into geocaching, have you been on any other fun adventures or dates?
Posted by Jenn0021 at Tuesday, August 12, 2014