As I've mentioned in passing a few times, I started running again this summer. I'm hoping that none of you actually remember this post I did back in May saying I was starting the Couch 2 5k program the next week. Because I didn't. In fact, it wasn't until the beginning of July that I finally laced up my running shoes and got out the door.

By that point, I had given up on my goal of running another 5k this year and was having a pity party by myself. I remember the day quite clearly actually. I was sitting at home, depressed by yet another pregnancy announcement and feeling quite miserable that my life wasn't going as planned. I then took a look at my 14 goals for 2014 and got myself more depressed with how slowly I was progressing with them. After a while of pouting and grumbling, I finally pulled myself together and decided that the only way that I would reach my goals is if I sucked it up and actually did them. And so, I started to run again. 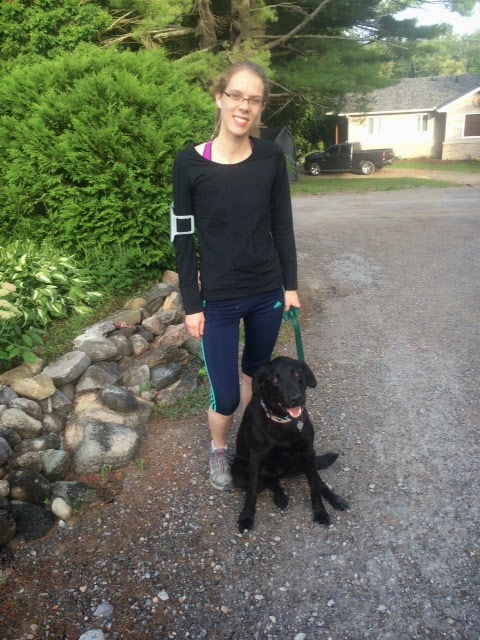 Since the beginning of July, I have run steadily every Monday, Wednesday and Friday except for a small almost two week break in the middle there somewhere. But on a whole, I've been doing really well and sticking to it. Mia loves that I have taken up running again and she comes with me every time.

By the end of this week, I'll be done week five of an eight week program. I've NEVER made it this far before and I have started it four times before this, so I'm feeling quite proud of myself. I may actually finish it this year! 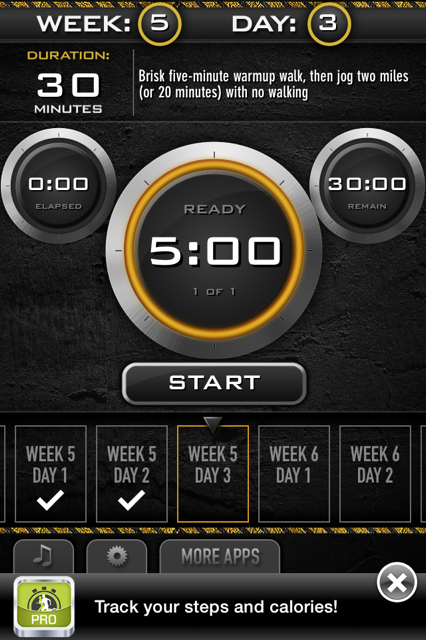 Since my goal was to run another 5k, I have scheduled one for September 7th and I'm getting excited for it. It's actually a virtual 5k, so I will be running it by myself but the money is going towards a really great cause, international adoption. I will have more details of it all when I do a post about the actual 5k.

Another thing I am proud of, I've been getting up early to go for my runs. And by early, I mean getting out of bed at 6:30am. While I realize that this isn't early for everyone, it is most definitely for me. I love to sleep and I find it hard to get out of bed in the mornings, especially just to go for a run. But I've been trying really hard to get up when Dan gets up and so far, I've been doing well. But in order to motivate myself even more, I've been giving myself stars every time I get up early. So for the last two weeks, my calendar has been looking more and more shiny. While this star reward system may seem silly to some, it actually works for me. I love giving myself a star and being able to see how well I've done over the last few weeks makes me ridiculously excited. So I'm going with this system since it works and people can laugh all they want at me. I am in the process of forming good habits, so there.

The only downfall to my regular running again was the weight loss. The beginning of July I was up at 116 lbs and loving it. Then I started running and I dropped down to 113 lbs. The good news though, as my body adjusts and I work on consuming more calories, I am slowly working my way back up. I'm only at 114 lbs right now but at least it's going in the right direction. 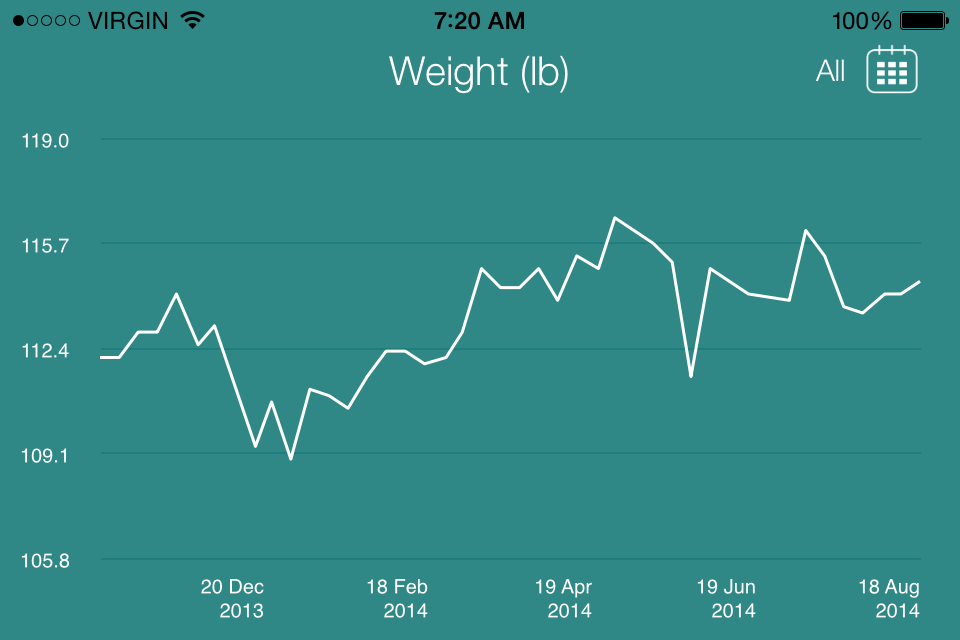 So overall, I've been doing really well with my running and I am feeling good about it. It makes me so proud to see how far I've come and I know that exercise is important for health. Now I'm just trying to figure out how I can keep working out during the winter without actually having to go out into the cold.
Posted by Jenn0021 at Thursday, August 21, 2014