As I mentioned briefly in Wednesday's late post, we picked up some new laying hens. Seven of them to be exact. 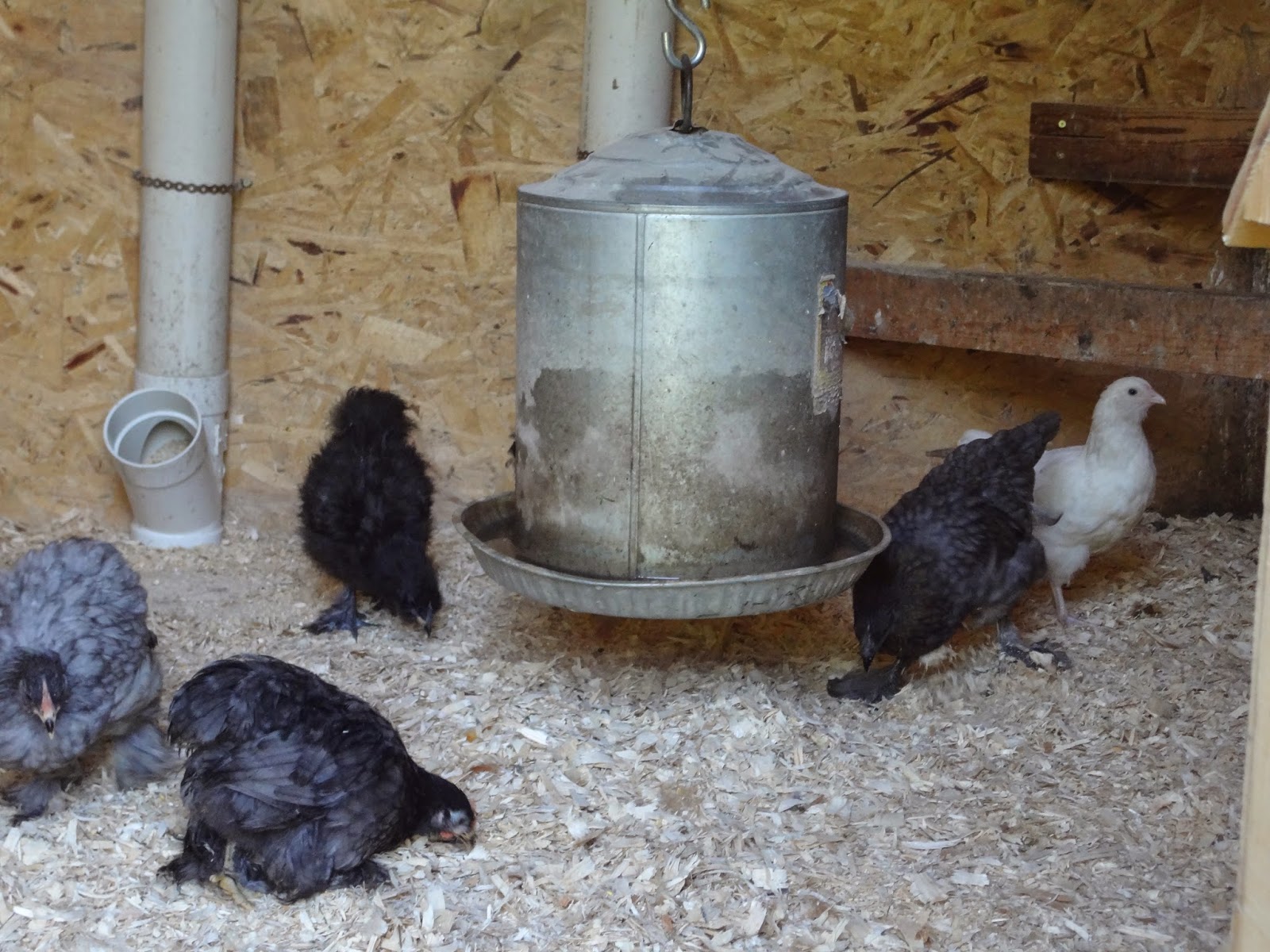 We used to have twelve laying hens but over the past year, we have lost five of them, so our flock numbers have been a little low. And not all of them have been laying consistently. We decided it was time to add to our numbers. 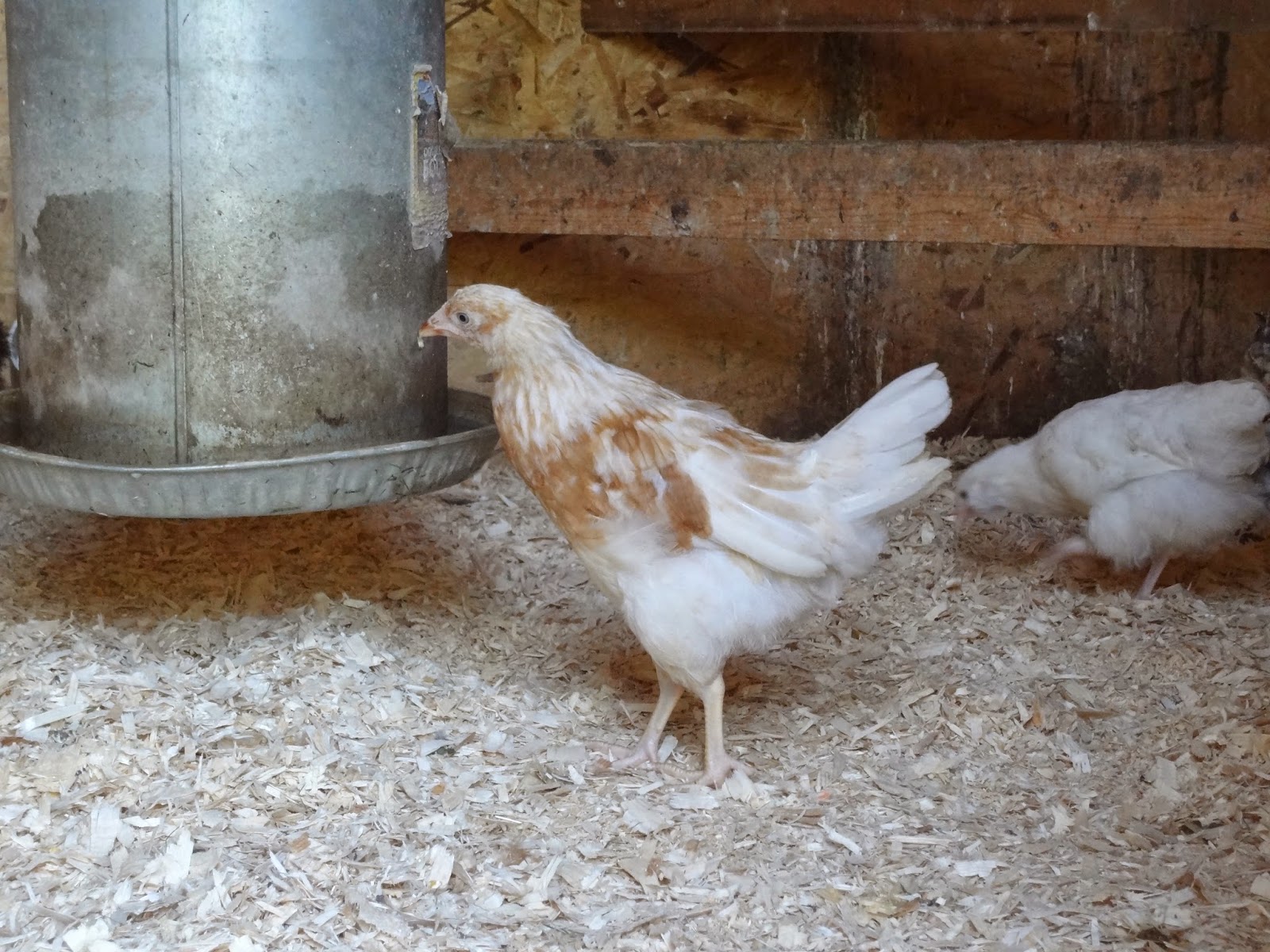 I convinced Dan that we needed some more fun breeds instead of the regular brown chicken that we had been getting in the past. I think it would be fun to have some different coloured eggs too, not just exciting chickens. But we'll have to wait and see what this new batch puts out in the coloured egg department, since we got quite a variety of mixed birds. 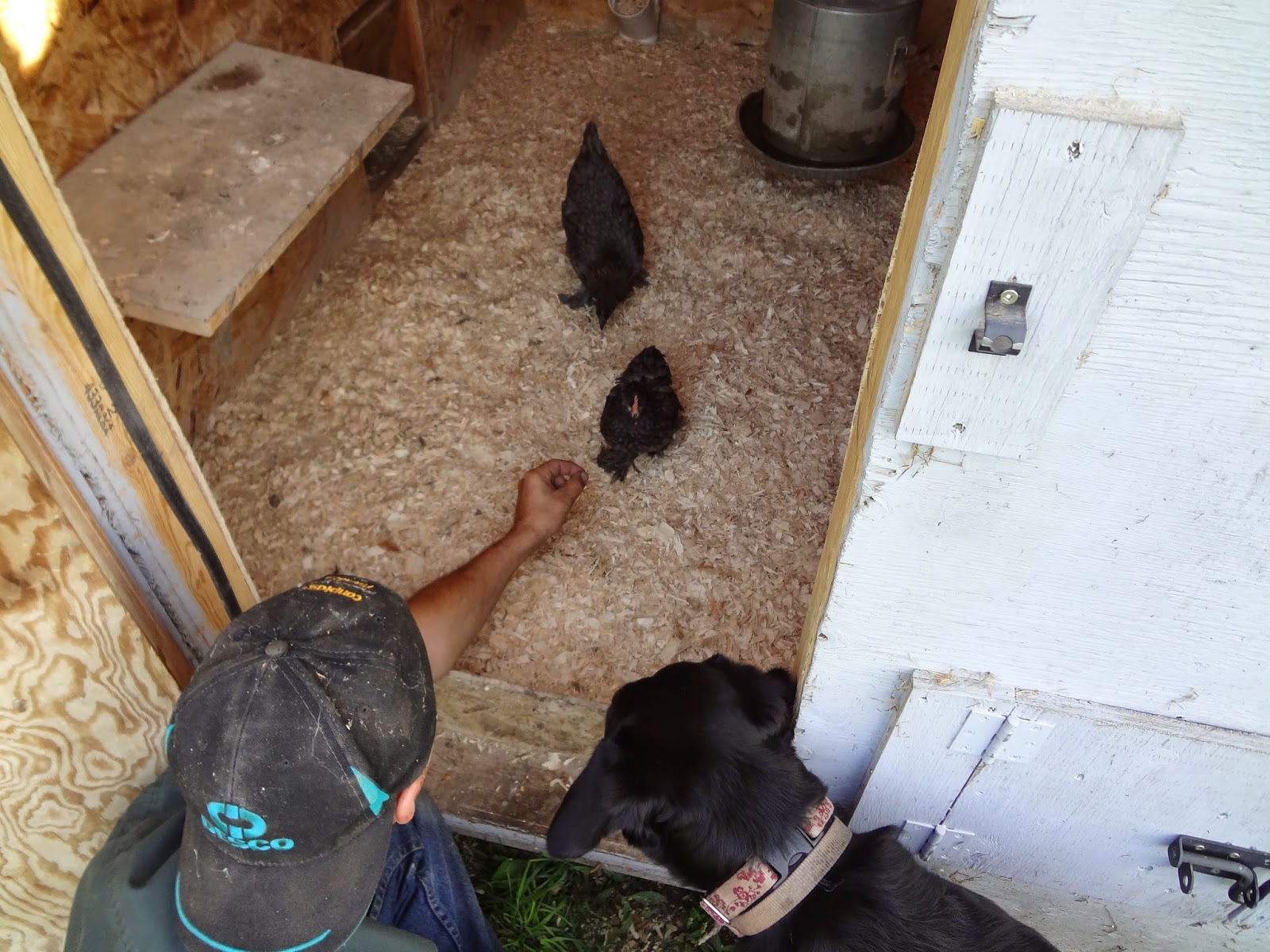 We picked them up from a cute little hobby farm almost an hour away. They were super friendly and helped us choose our birds and gave us a tour of their farm. We arrived planning to get five new birds and left with seven, since they were just all so cute and hard to resist. 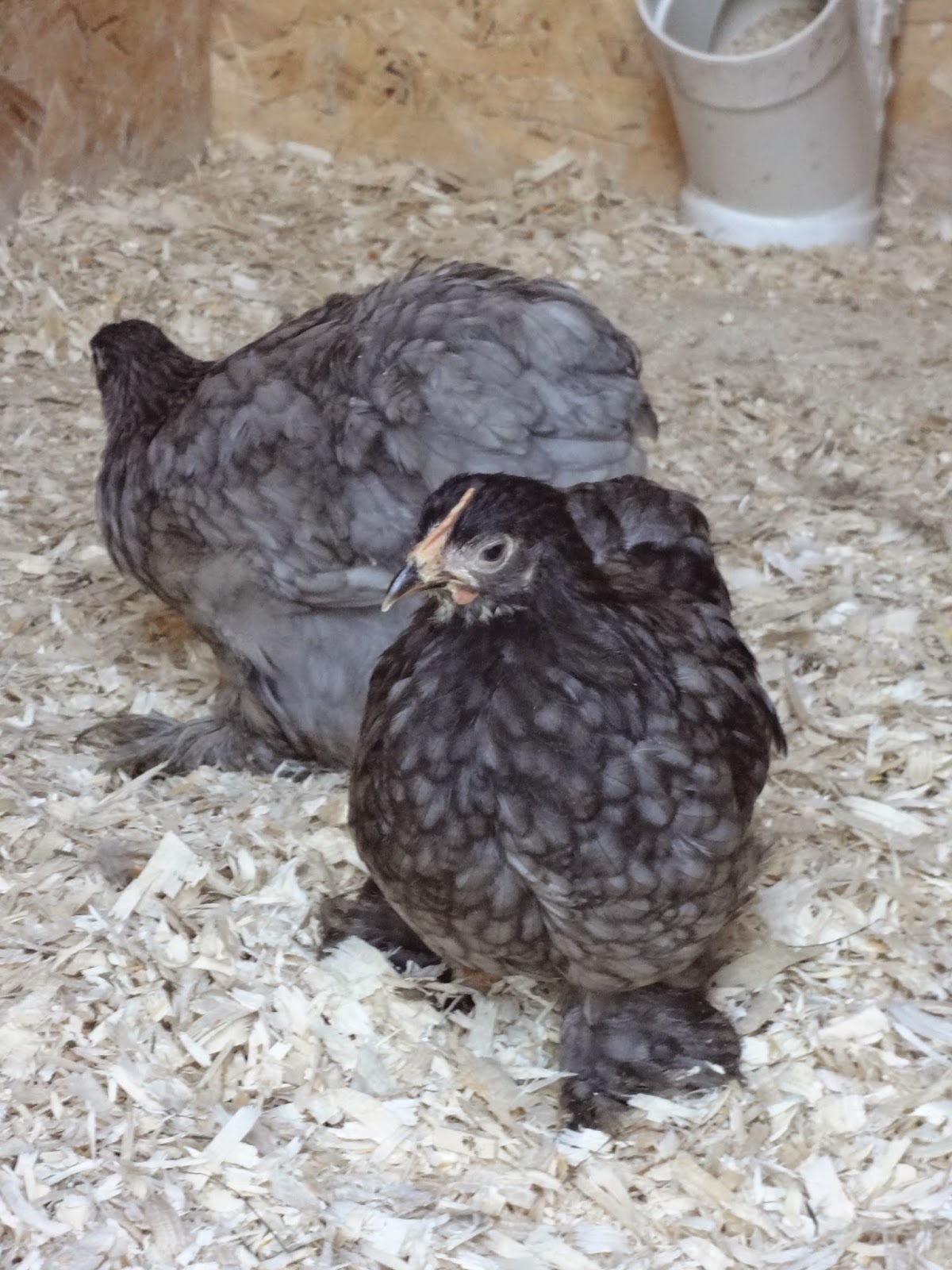 Yesterday, when we got home from work, we set up a chair in front of the coop and watched them for about an hour. They are just so entertaining to watch and they were having lots of fun exploring their new home.

We also took the time to name them all, since we can actually tell the difference between these ones. We realize that naming them makes them a little more personal which then makes it harder when they die (or turn out to be roosters), but we I just couldn't resist. They needed to be named. So without further ado, here are the newest members of our flock!

Aren't they adorable? And aren't their names fun? Dan helped me name them even, which I thought was pretty heroic of him, since he isn't usually too keen on naming everything like I am.

We'll try and keep you posted on how they adjust to their new home and their new neighbours. So far, there is one brown chicken who seems to be a little protective of the hen house, the feed, the roosts, etc. We're guessing she's the head honcho around here and isn't so sure about all these newbies. 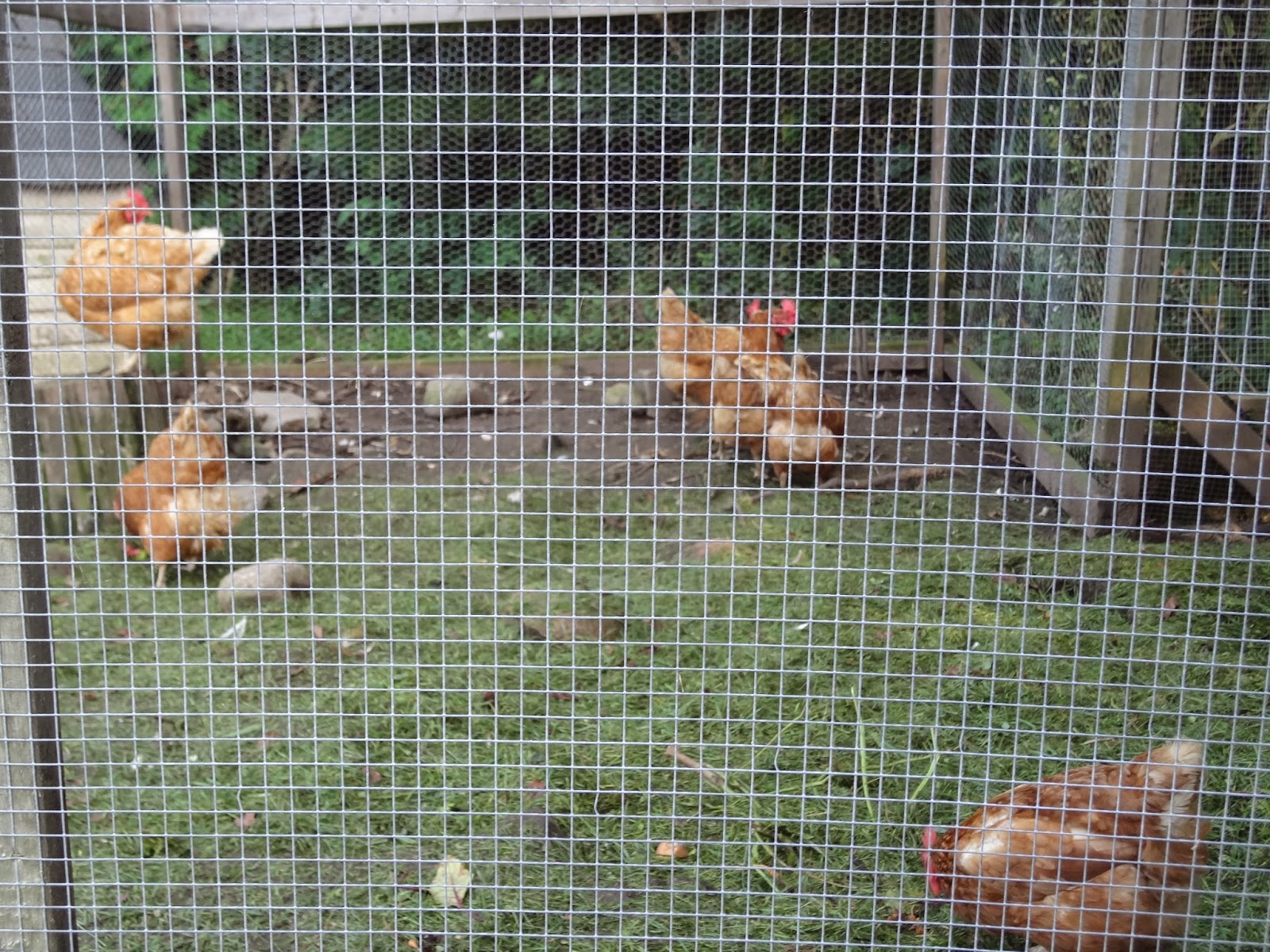 I hope you all have a great weekend and be sure to check back on Monday to hear how I did in my 5k run on Sunday.
Posted by Jenn0021 at Friday, September 05, 2014