Remember how we have an overload of meat in our freezers? And how I have to learn how to cook up all the different cuts of both pork and beef that we have? Well this recipe tackles the question of what to do with minced pork. Or as you might know it as, ground pork. 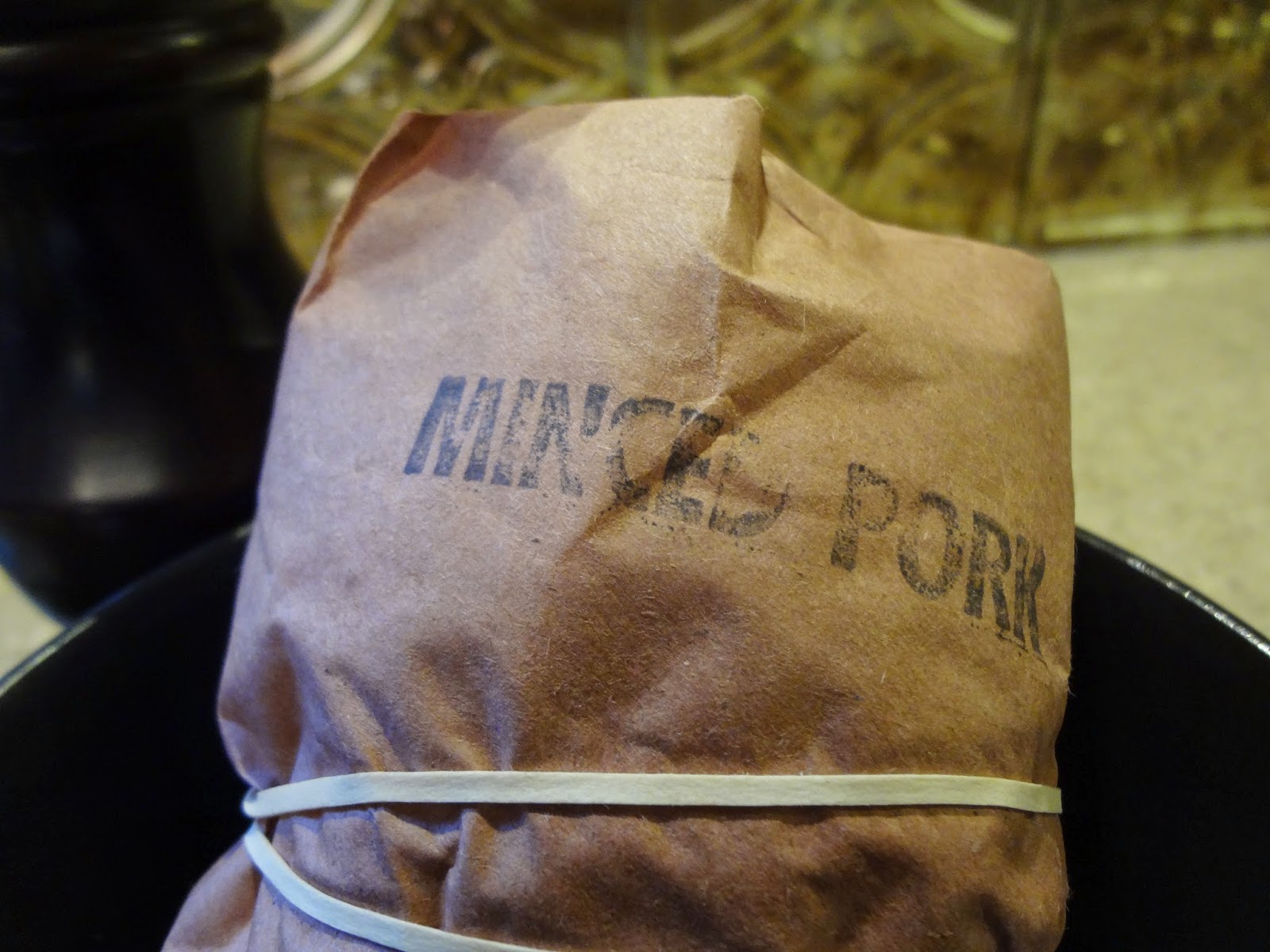 I'm pretty sure most people would have opted to get their portion of "minced pork" turned into sausages but since I can't eat gluten, that wasn't an option for us. So I figured we would just learn to come up with ways to use ground pork on our own. And by that I mean asking my readers for ideas. If you also follow me on Facebook, you will know that I asked for ground pork recipe ideas last week and I got some really good suggestions. A few people mentioned meatballs and one person even gave me a recipe link for some teriyaki meatball bowls. <--- Click for recipe 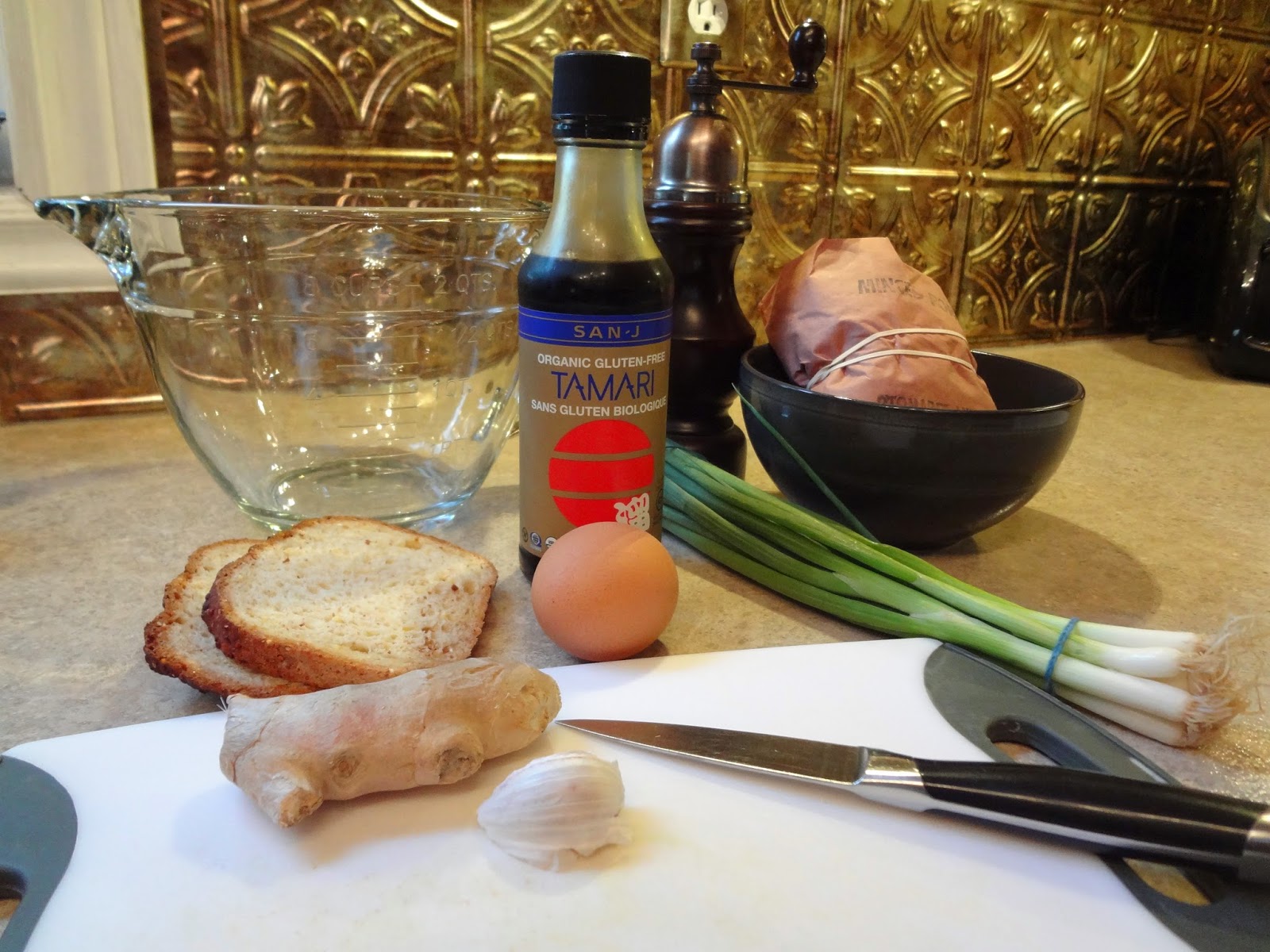 I was immediately sold on the idea of trying this recipe, mostly because they sounded and looked delicious, but also because the recipe comes from one of my favourite food blogs of all time, Budget Bytes. Seriously, this blog is amazing and all the recipes I have tried from there are delicious. You should check it out.

But back to the meatballs. The ingredient list was a little long and daunting but at closer inspection, really not that hard to make. 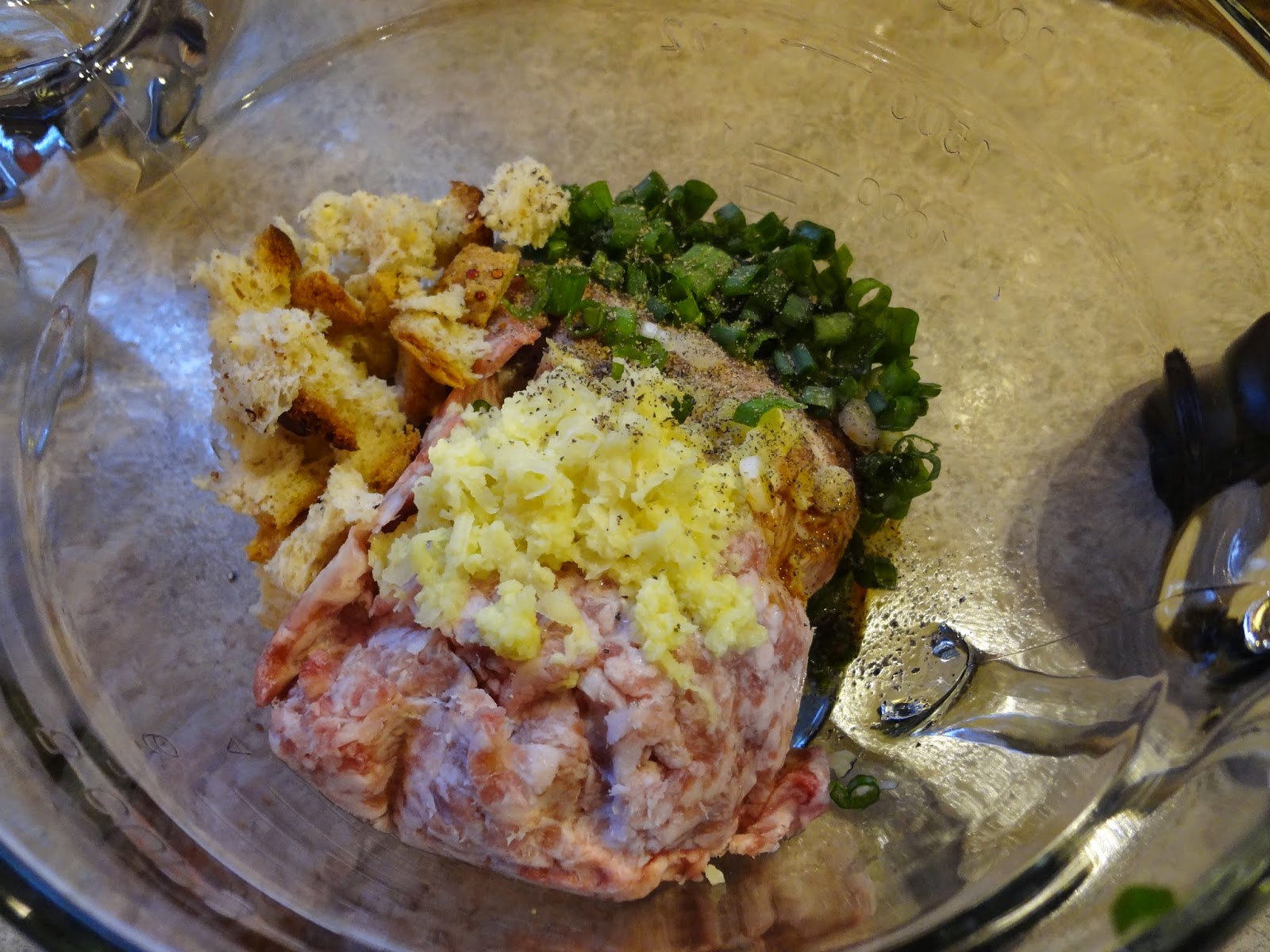 I love these types of recipes, where you get one part of it cooking while you whip up the rest. Once the meatballs were formed and in the oven, I could then move on to making the rice and sauce. No crazy stress trying to get everything done at once.

I also liked that I only had to make a few tweaks in order for it to be gluten and corn free. I used my gluten free soy sauce and bread in the meatballs and the only thing to change for the sauce was swapping the corn starch for some arrowroot flour. Easy peasy. 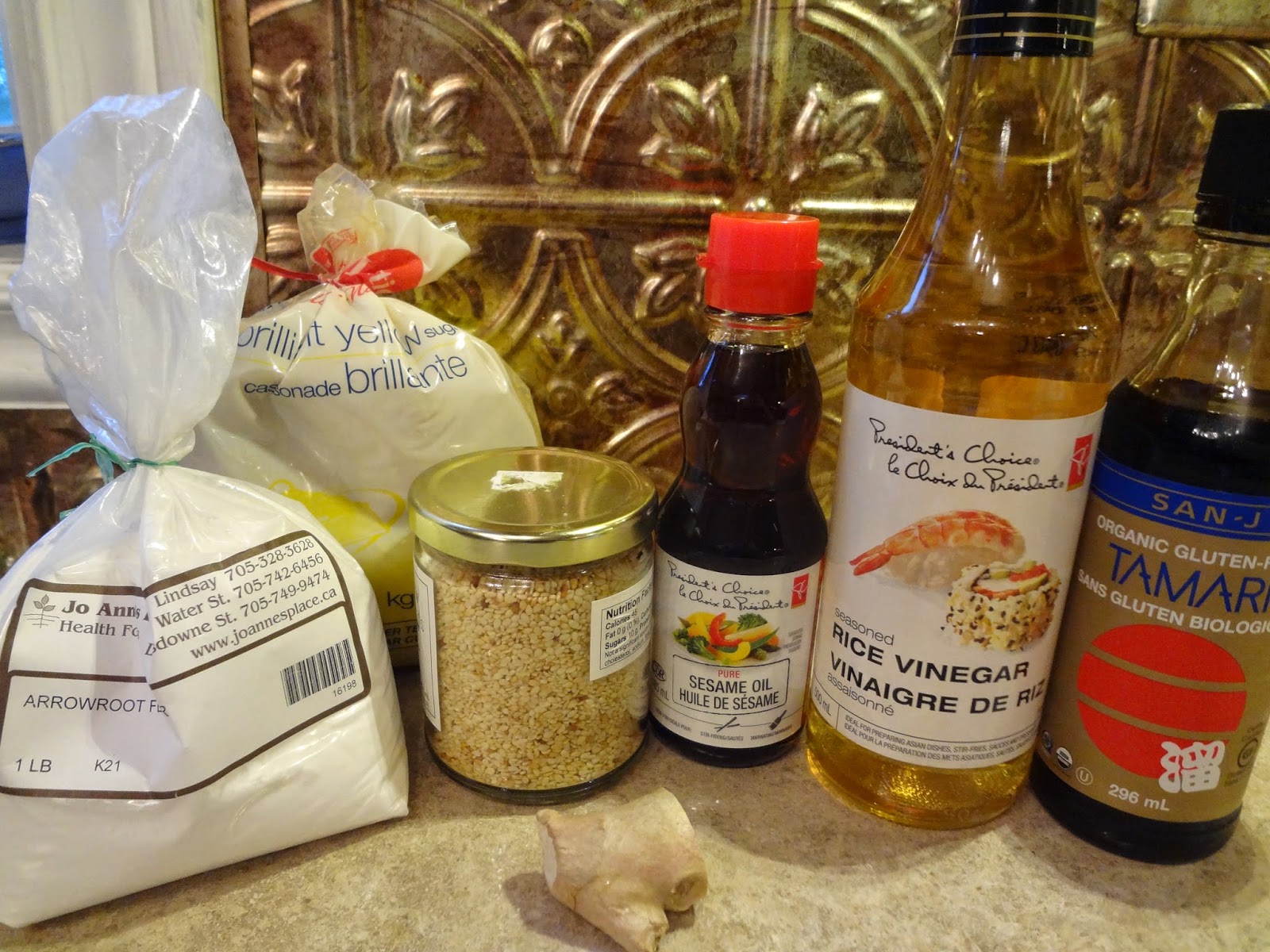 I may have overcooked my meatballs a bit but they still tasted fine, just a little crispier than normal. 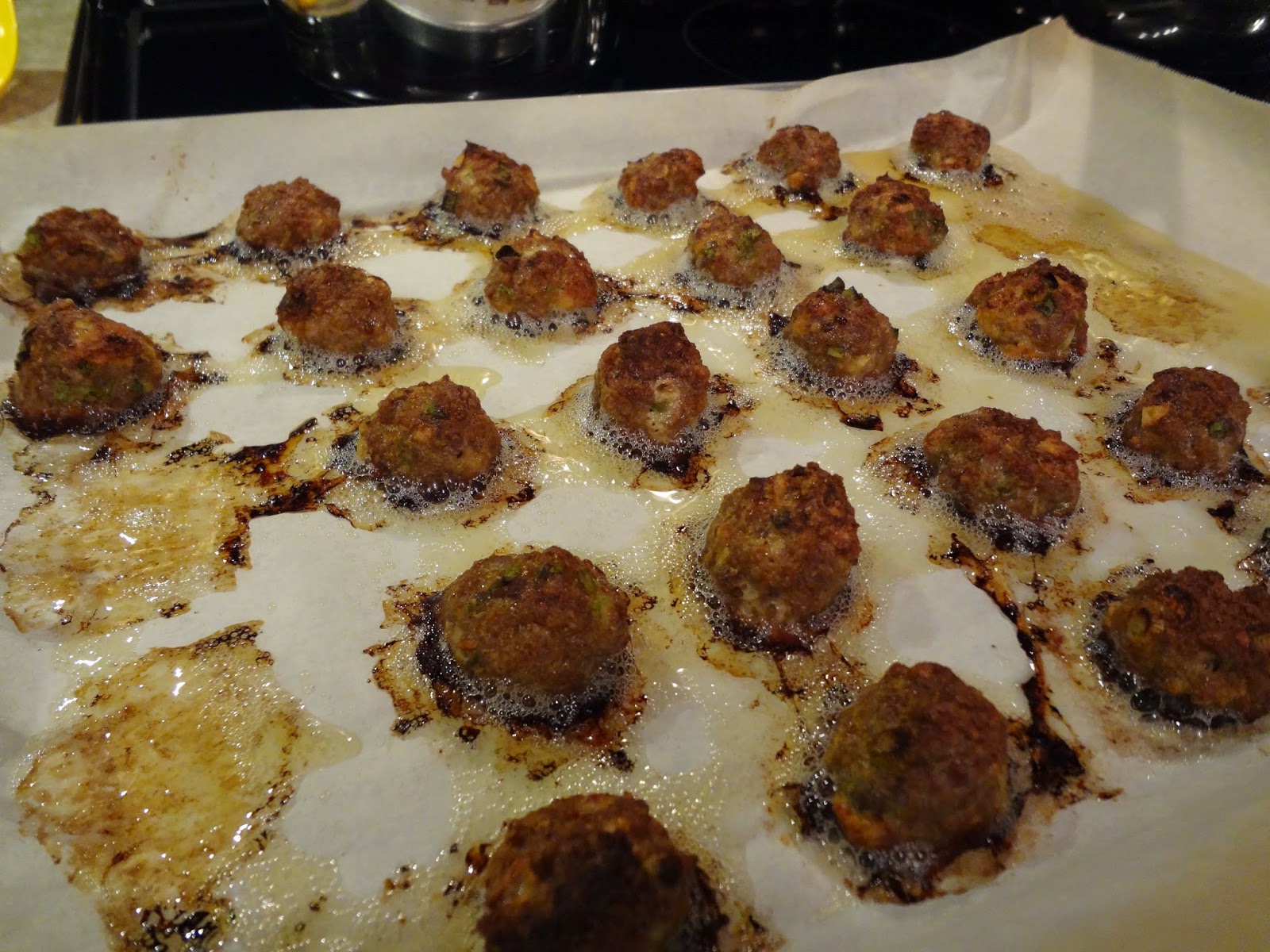 Which totally didn't matter once I soaked them in the nice teriyaki glaze for a bit. You'll have to forgive me for these next few photos. The lighting in the kitchen wasn't that great, everything had sat for 20 minutes waiting for Dan to arrive home and we were too hungry to fiddle with great photos. But you'll get the idea. 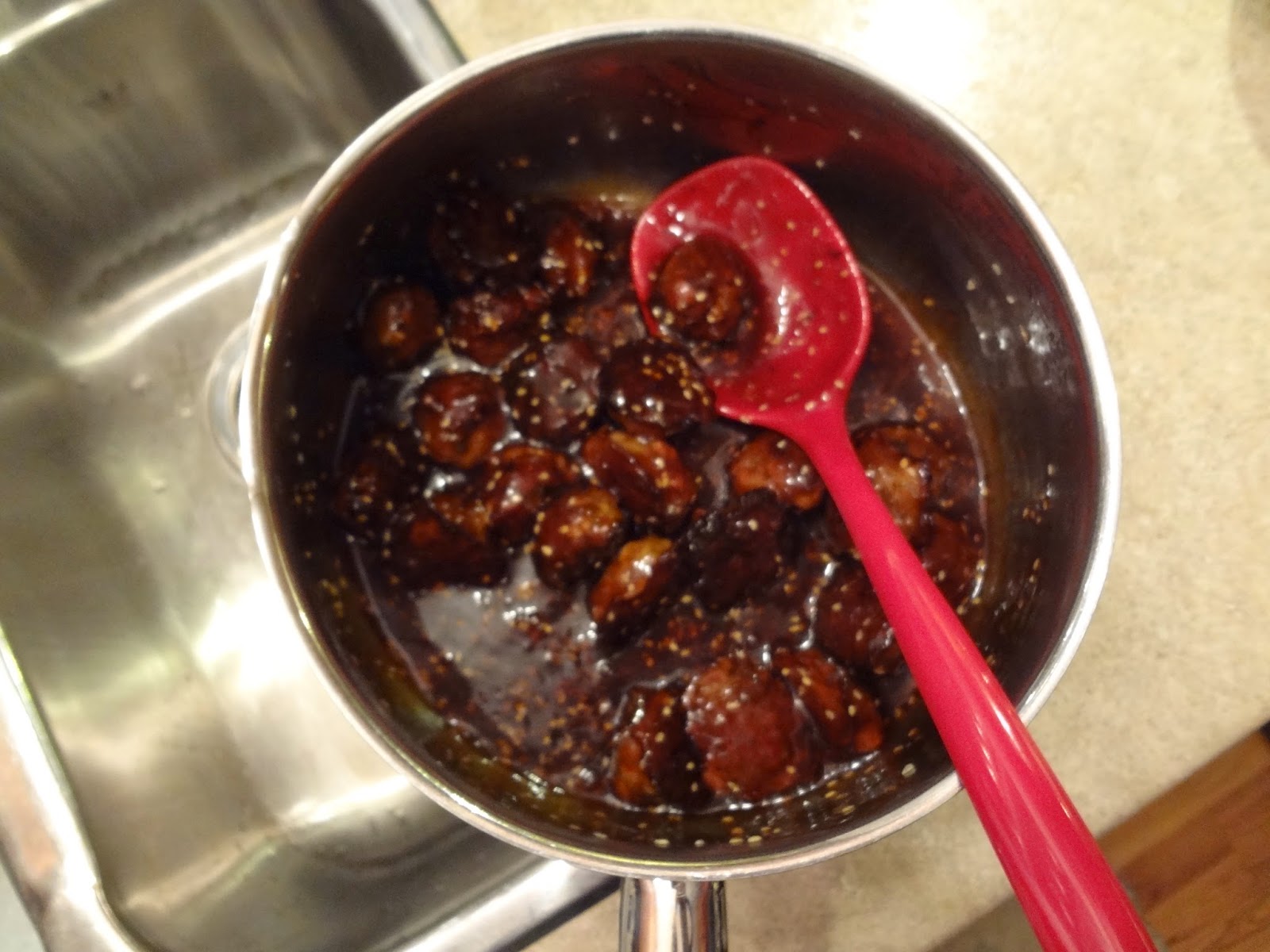 Our glaze went a little too gooey since the arrowroot flour isn't the exact same as corn starch. And I don't think letting it sit for a while helped it either. But it still tasted good, despite being a tad too "thick". 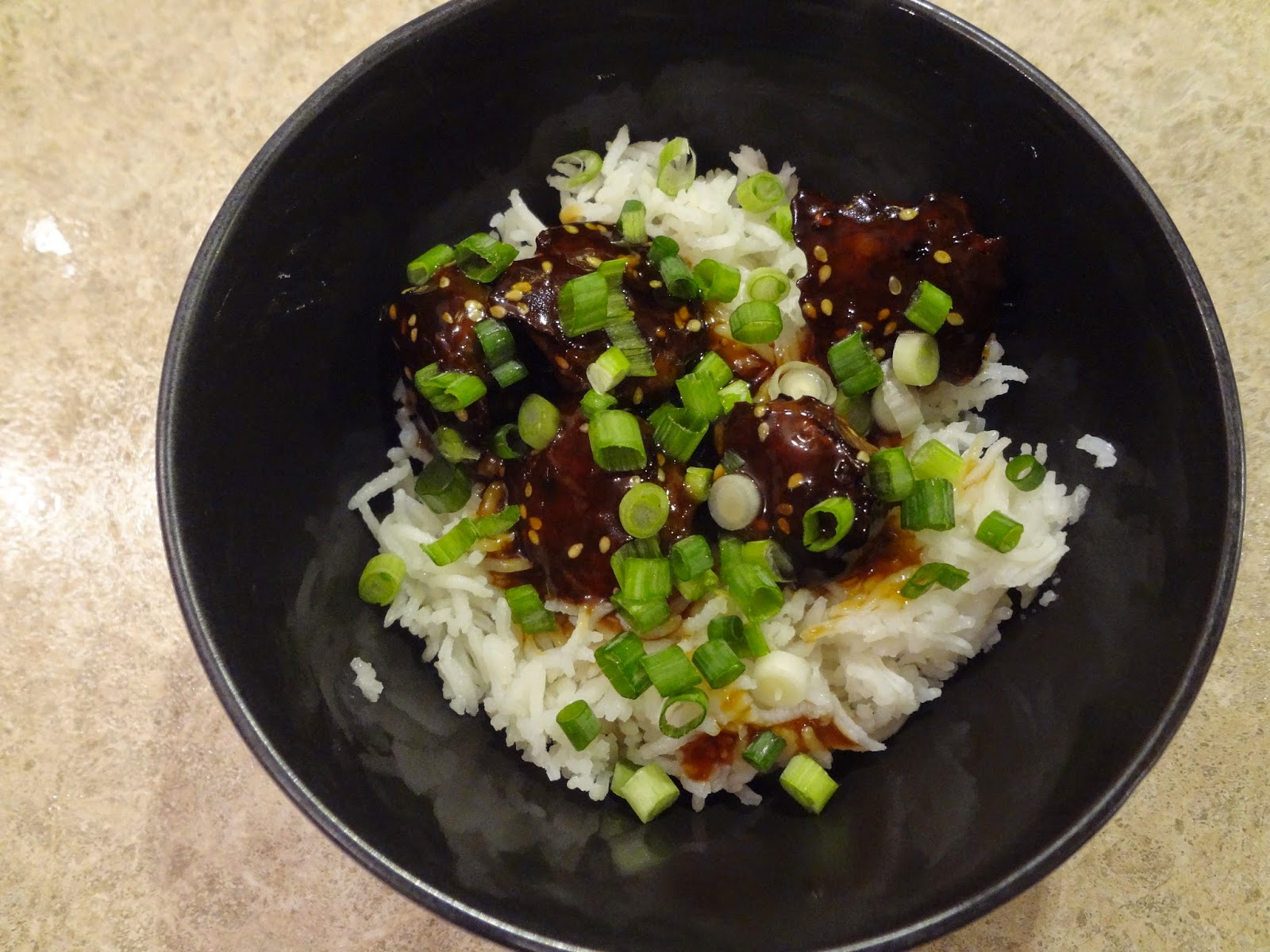 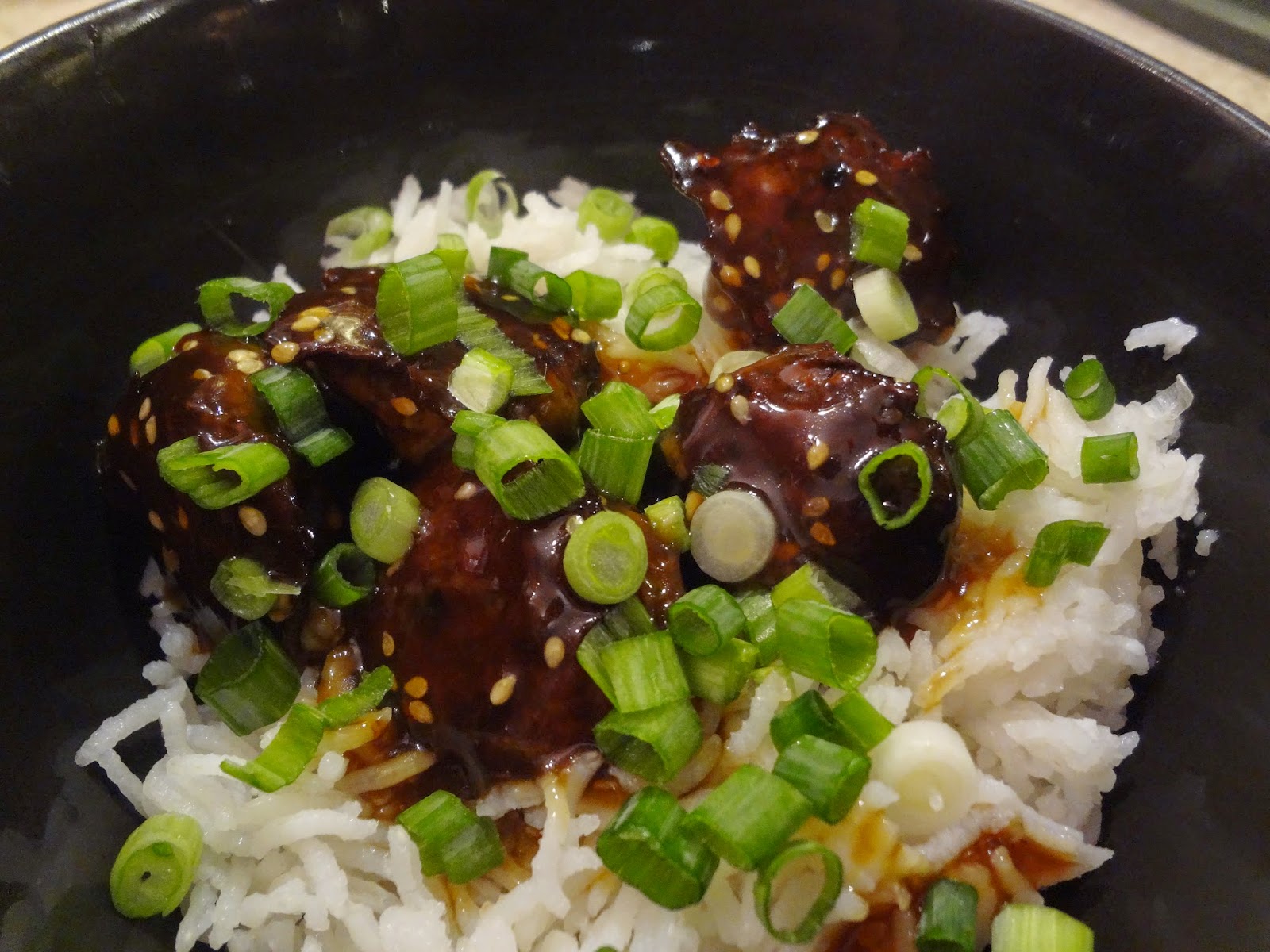 We also cheated and added some green beans to the mixture after taking these pictures. I felt like the meal was lacking in veggies, so I grabbed some beans from the freezer for it, despite Dan's argument that green onions were totally a vegetable.

Overall, we were both really pleased with how this recipe turned out. Dan loved it and kept saying how good it tasted. I wasn't as in love but I think I'm just not as used to the pork flavour as he is. I shall learn though, since we have a lot of minced pork!

Anyone else try out any new recipes this week? Care to share?