Remember when I mentioned that with my cycle monitoring, I was planning on staying with a friend in Toronto for a few days to alleviate the stress of traveling during the week? Well I ended up ovulating early (seriously, more on that later this week, I promise) and didn't need to continue my daily treks to the fertility clinic after Thanksgiving Monday.

So I cancelled my plan to stay with my friend, as well as a dinner engagement with another friend, but opted on keeping one of the fun plans I had put in place for that week. My cousin Stacey had picked up tickets for us to go and be part of the audience for a filming of The Marilyn Denis Show! 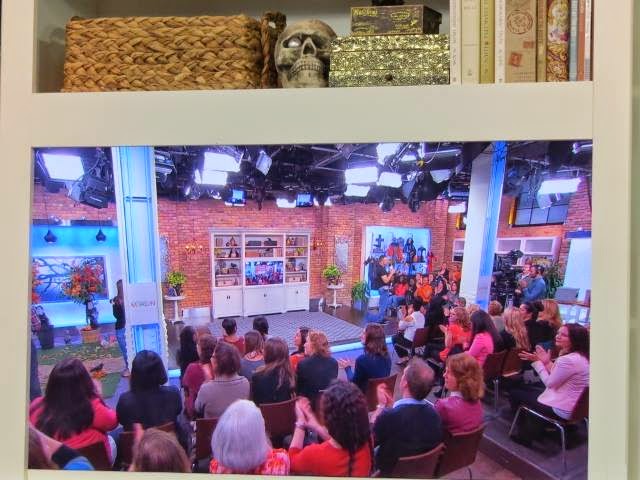 So despite not having to go in for any more monitoring appointments, I woke up at 5am last Wednesday morning and made the journey to Toronto yet again. But this time it was for a more exciting reason than getting stabbed in the arm with a needle. 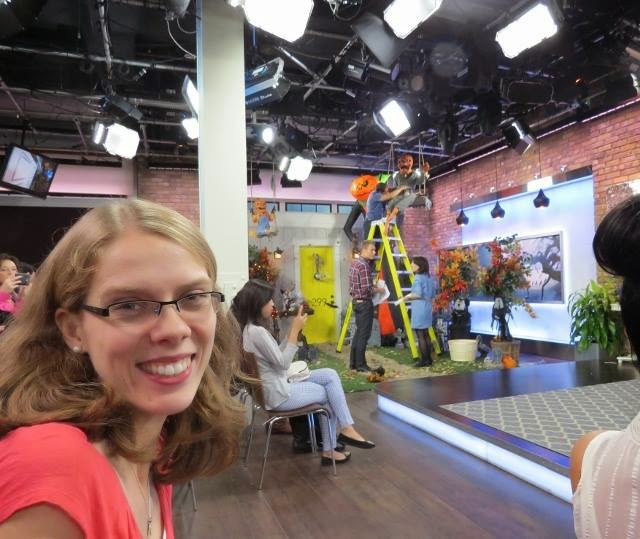 The show's theme was Facing Your Fears and it had three segments. The first part was about decorating your house for Halloween and one whole corner of the studio was decked out like someone's front yard. 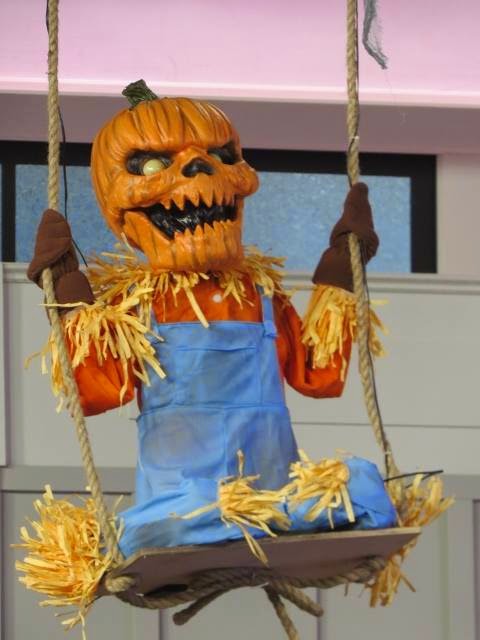 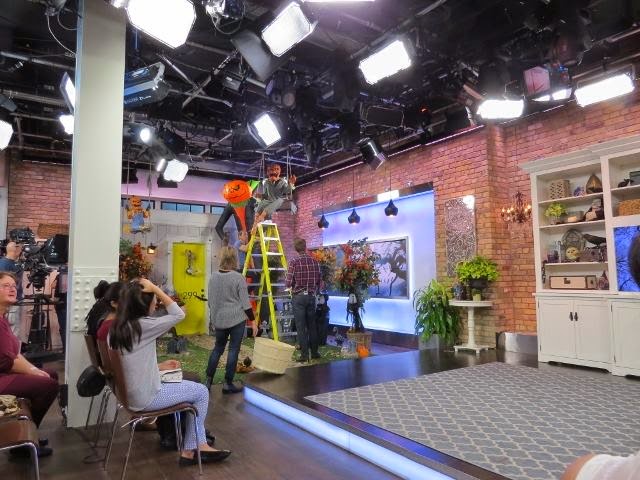 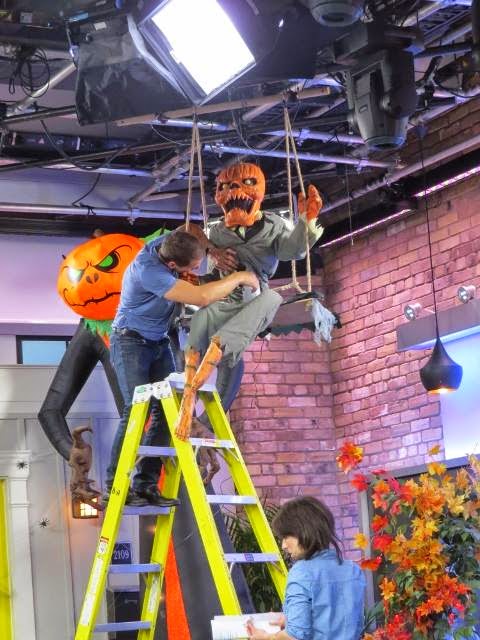 It was pretty cool. Even if some of the decorations were a little creepy. Especially when they were fiddling with them trying to get them set up and one of the swinging pumpkin men lost his head but was still talking.

The next segment was a fear factor type thing which included four ladies from the audience going up and tasting some nasty food while blindfolded. Glad I wasn't one of them! 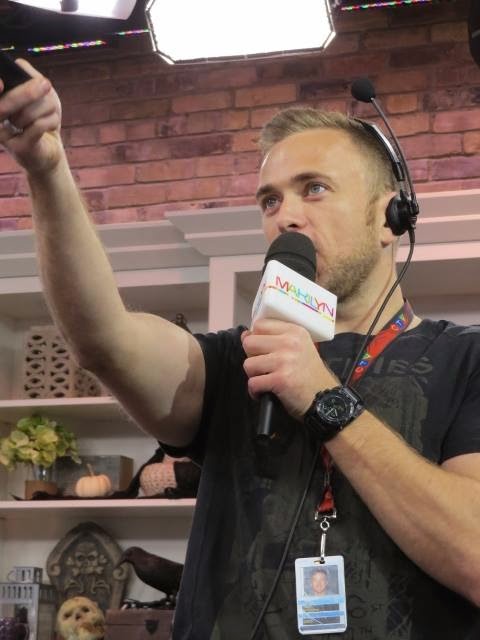 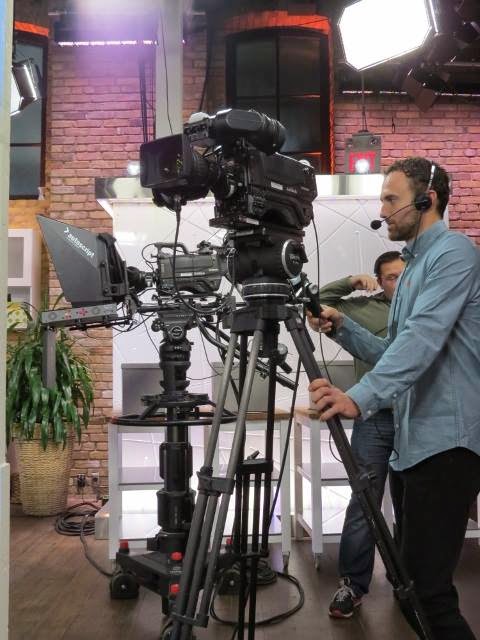 The third segment had a family therapist come in and talk about some tips on how to face your fears. And then it had a pretty cool finale that I'm going to keep a secret so that you have to go and watch the show. :) Which will be airing on October 28th. I'll return to this post later and share the link so that you can see me on TV! 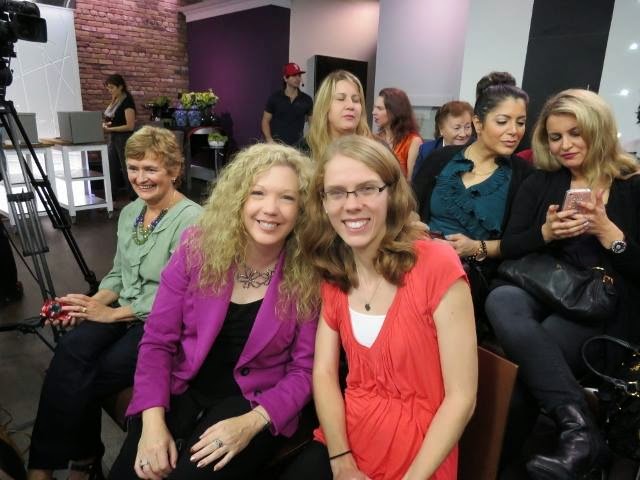 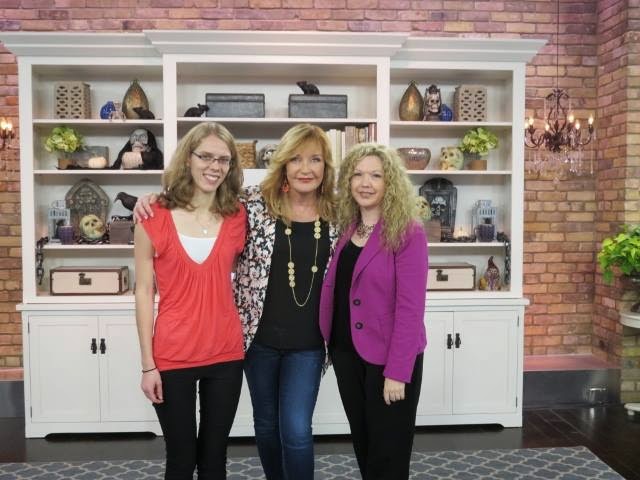 It was really great to see Stacey, even if it was for a short time. And I plan on meeting up with her again, since I'll most definitely be returning to Toronto at some point in the near future. 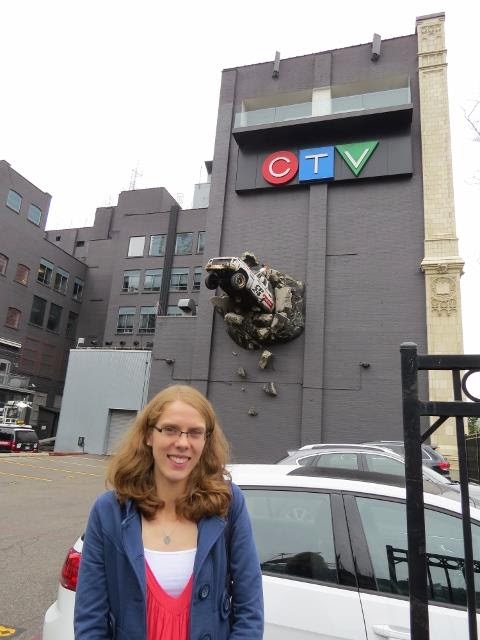 It was a good day and a fun experience. Has anyone else ever been in the audience of a show? Or an extra on a movie set?Or am I the only celebrity? Kidding!
Posted by Jenn0021 at Monday, October 20, 2014