I haven't posted a Foodie Friday post since November, what a slacker I have been. I hope you guys will forgive me though, especially since I have some good recipes lined up for the next few weeks. I guess that's one perk to taking a month off from posting recipes, I have a bunch ready to share with you now. 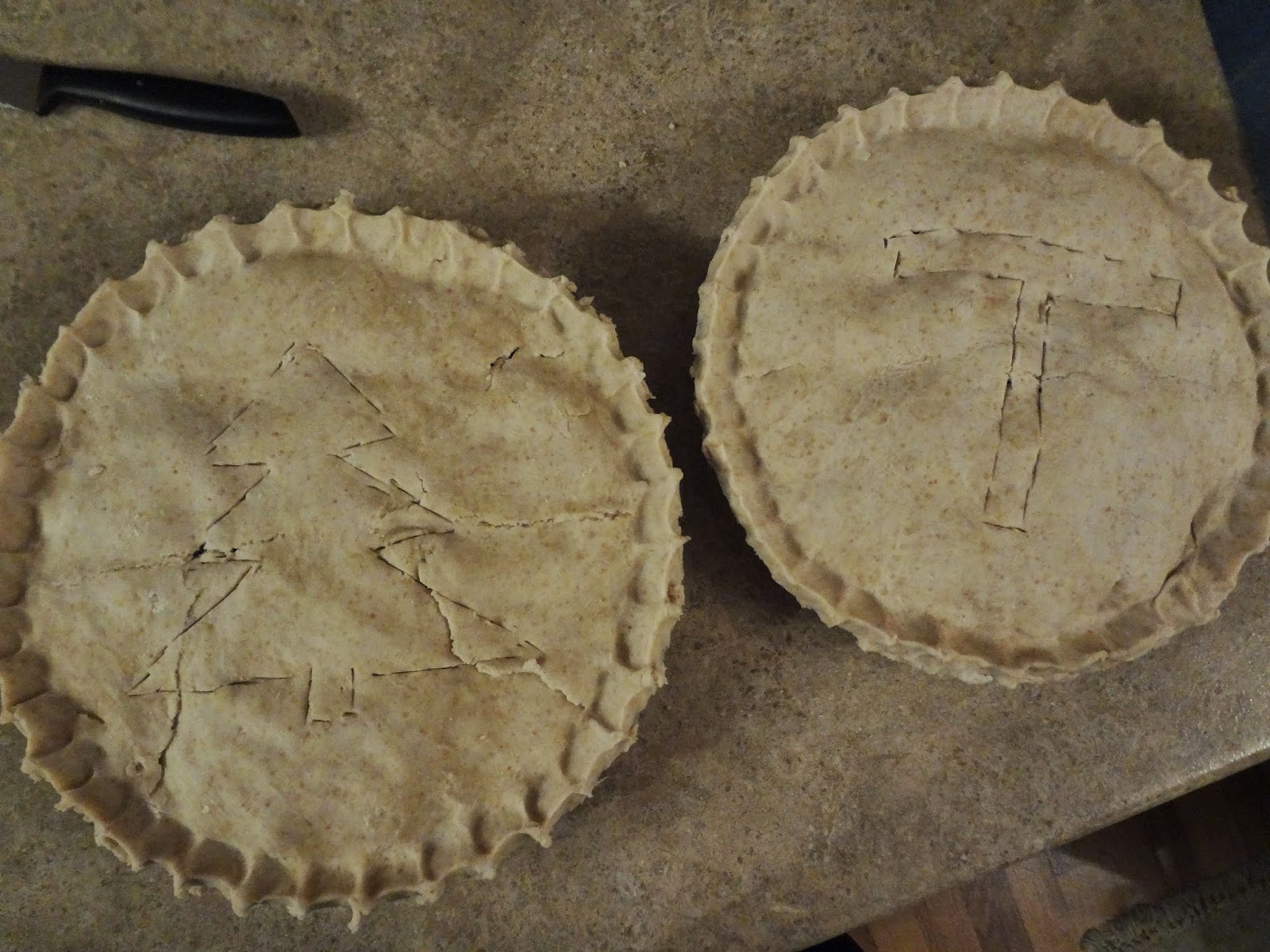 Growing up, we usually had a special meal on Christmas Eve and I thought it was a really fun tradition. I decided that Dan and I should continue on the tradition but find our own special meal to have. Since I have so many food intolerances, it was a little hard to come up with a good one but we finally landed on tourtiere. Now I am quite aware that some of you just read that word over a few times and still have no idea what I'm talking about, so I thought I would enlighten you by sharing Wikipedia's definition of it.

Tourtière, also popularly referred to in Canada in print and in its pronunciation as tortière) is a meat pie originating from Lower Canada (now Quebec), usually made with finely diced pork, veal or beef. Wild game is often added to enhance the taste of the pie. A traditional part of the Christmas réveillon and New Year's Eve meal in Quebec, it is also sold in grocery stores all year long.

So, are we clear on what it is now? Basically it's a meat pie. And really, what is better than pastry and meat combined into one delicious dish? 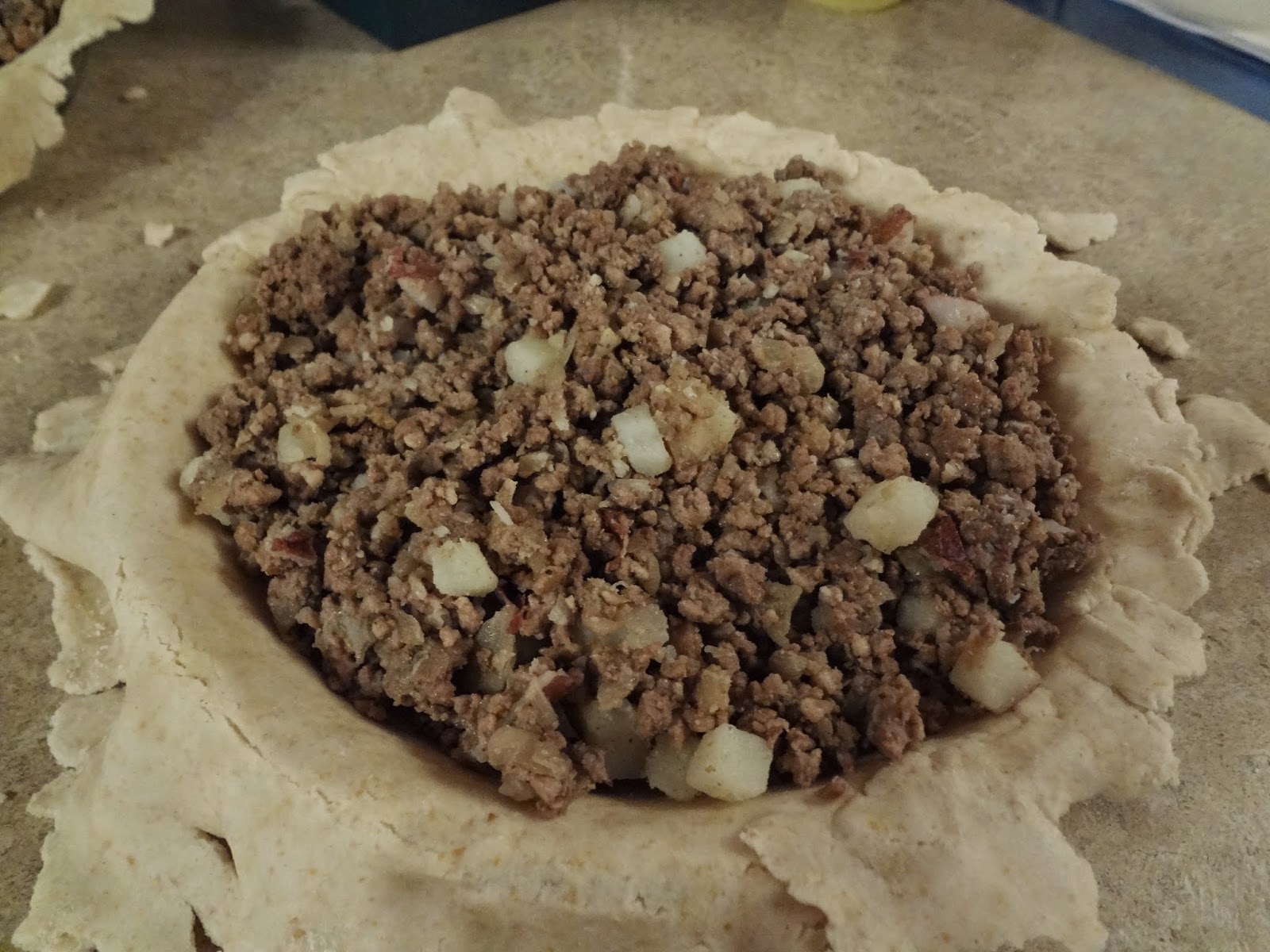 I use a recipe that has been handed down to me from my grandmother and personally, I think it's the best one there is. Probably because the flavour is so familiar to me, since this is the one we grew up eating. Either way, it's delicious.

Here is the tricky part though, the crust. Have you ever tried making gluten/dairy/corn free crust? If you have, you know what I'm talking about. If you haven't, imagine the least cooperative pastry you have ever dealt with and then times that by ten or so. Basically, it sucks. 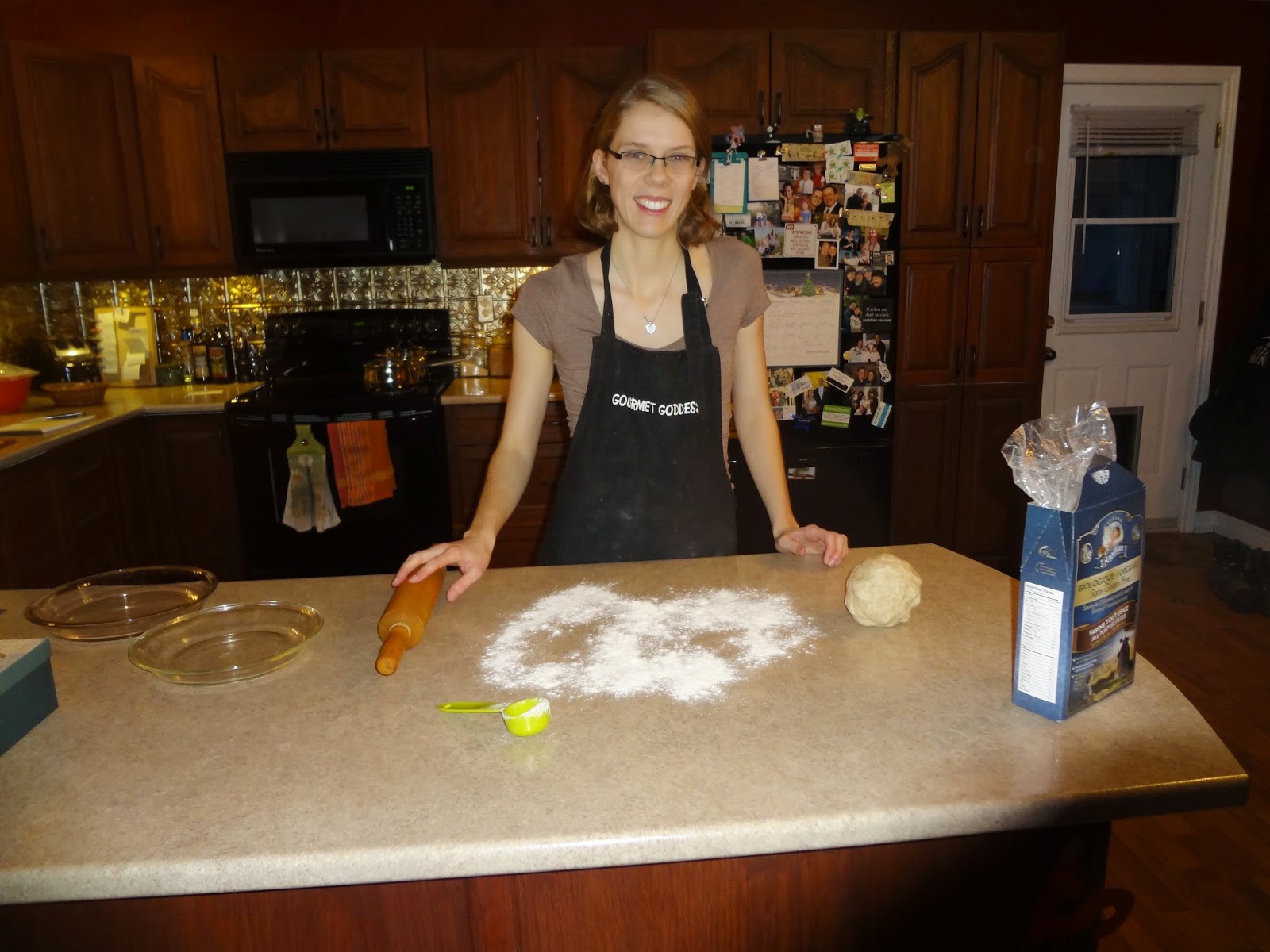 Here is the good news for me though. I have MAGIC FLOUR! Seriously, it's amazing. I've talked about it before and I really do feel bad for those of you who don't have access to it. So far I have only seen it for sale in Sherbrooke, Quebec. But I'm hoping that most of you who are gluten-free have come across a mix that works well for you. If so, use that when it asks for flour. And for those of you who don't need to worry about allergies, use your favourite pastry recipe!

The pastry was still hard to work with and was super fragile but it worked and I got it into the pie plates. 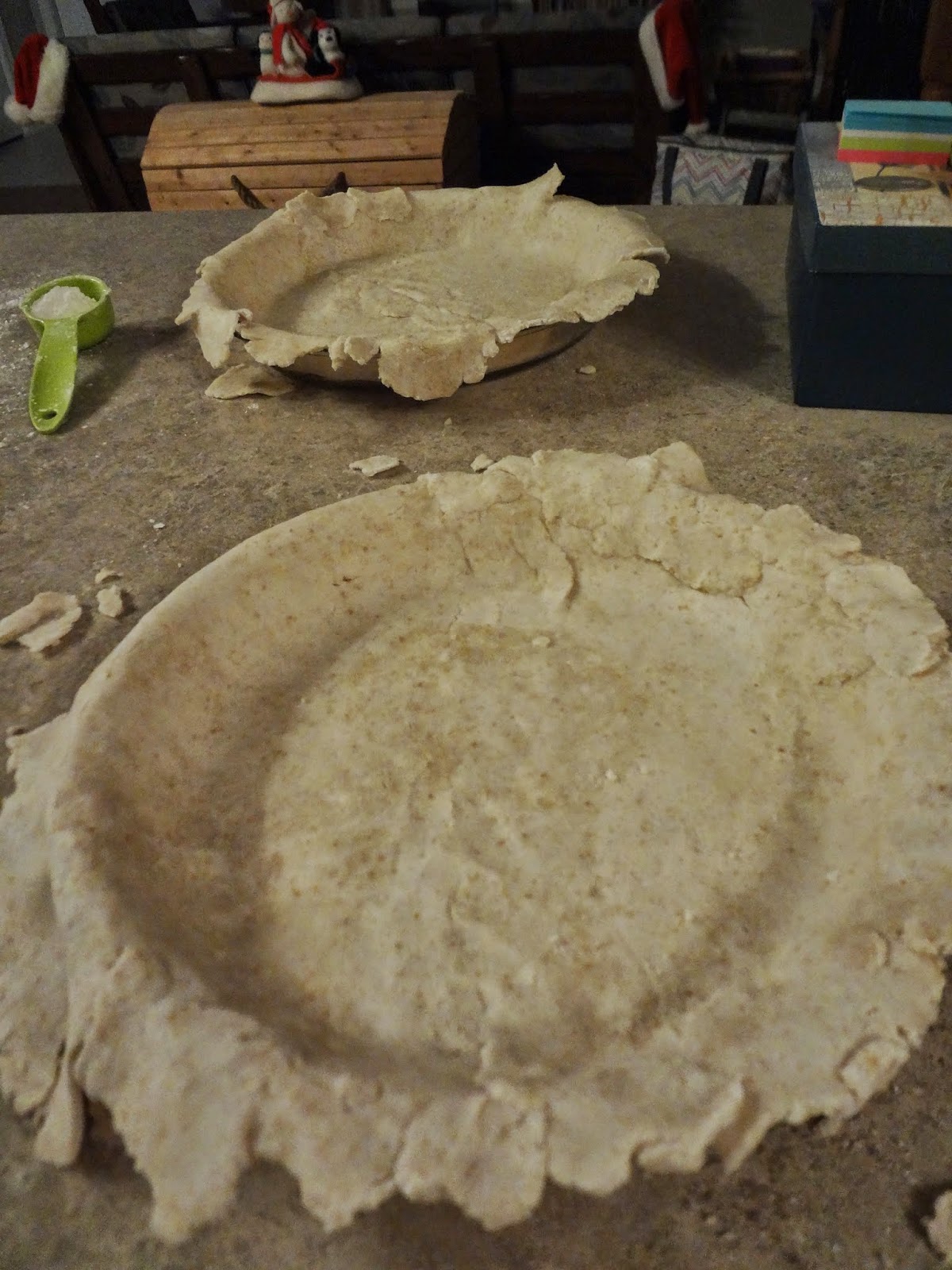 The best part though, was that it actually tasted good! So not only was the pastry workable, it didn't taste like sawdust in the end. So yay! 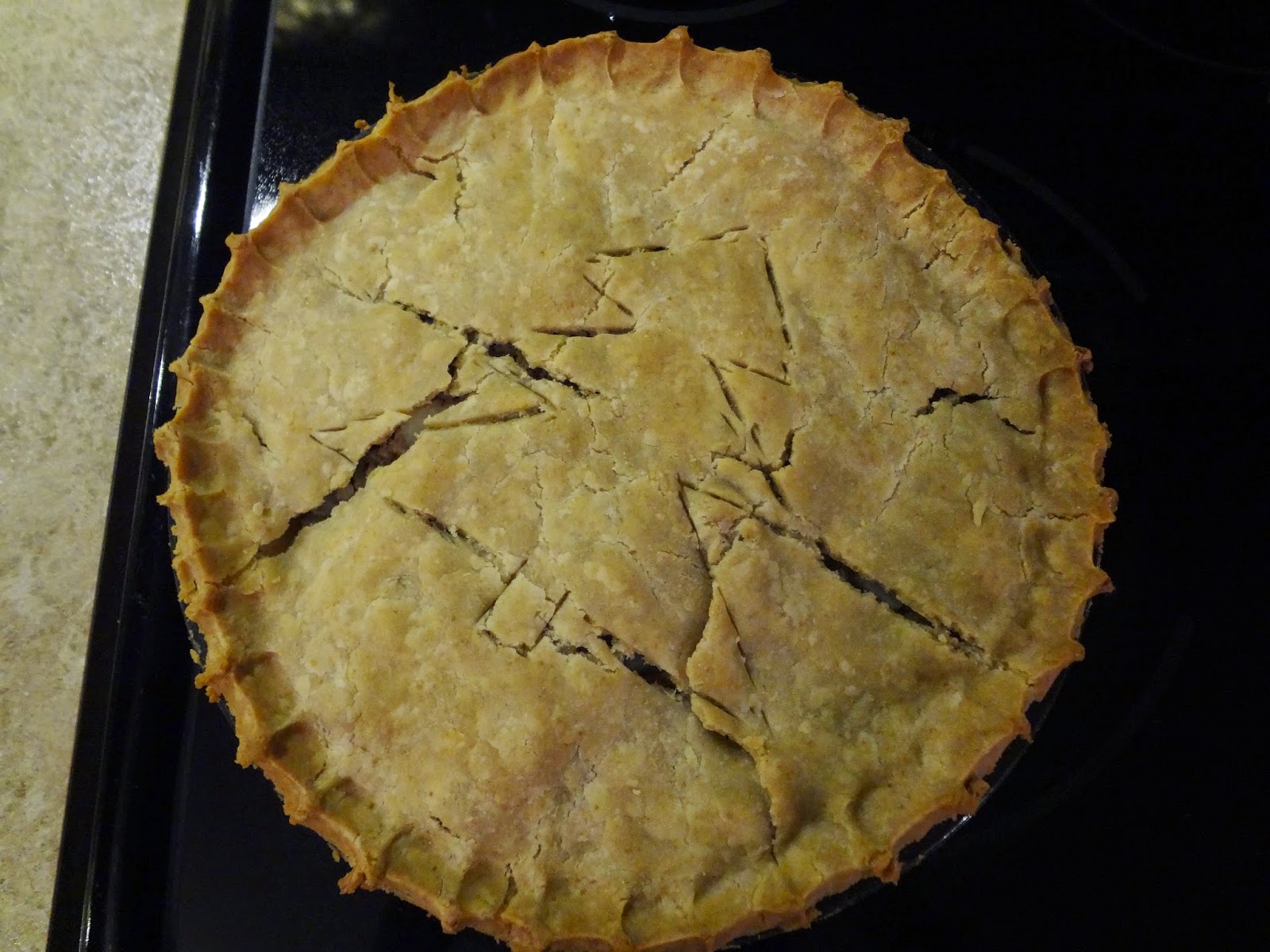 The filling recipe makes enough for two pies so we cooked one and froze one for later. We usually serve our tourtiere with mashed potatoes and veggies but really you can have it with whatever you want. Or by itself. It's that good. 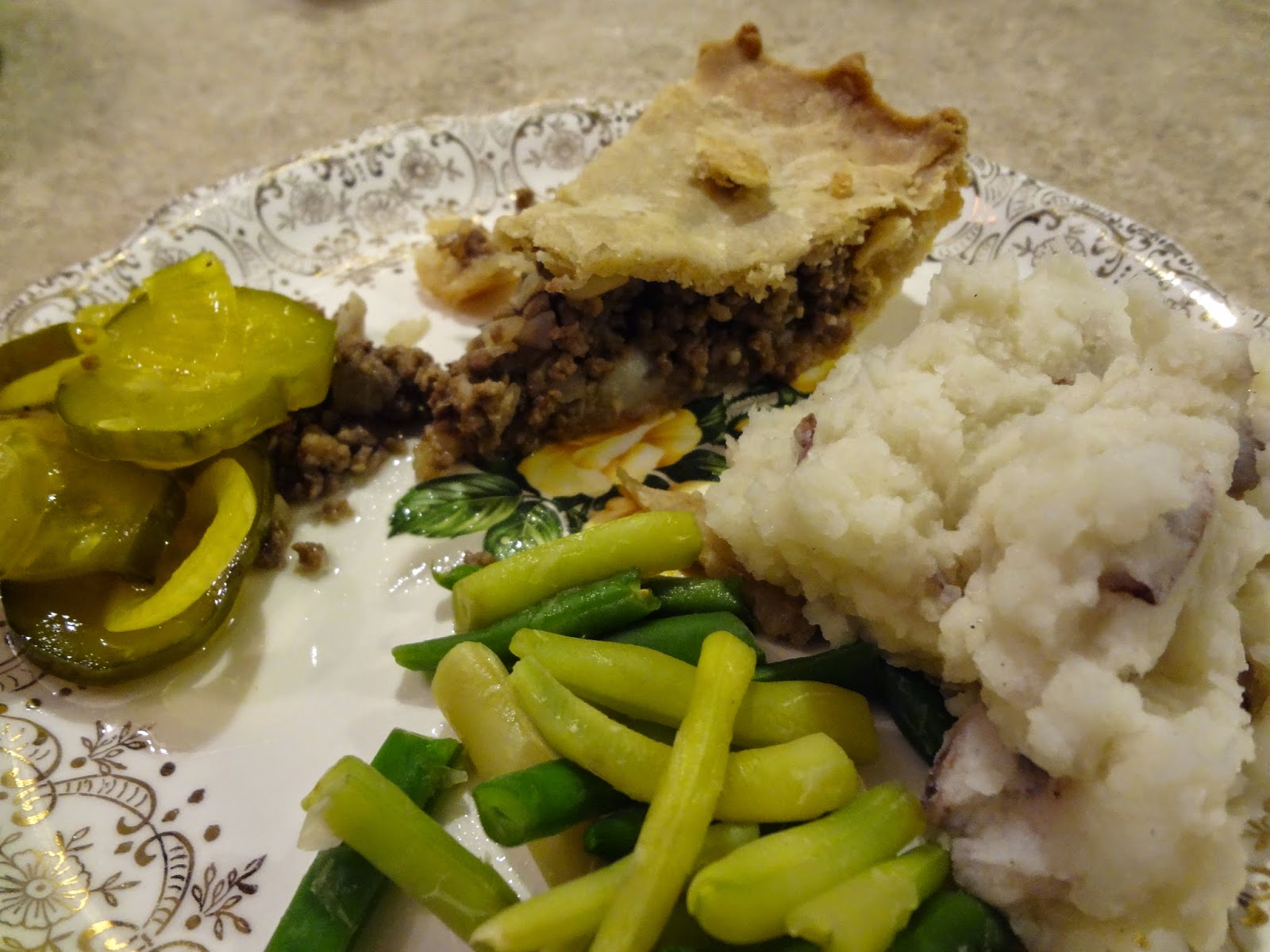 Here are the two recipes, one for the meat filling and one for the gluten-free crust. I doubled the pie crust recipe since I had so much filling.

Fry meat with onions, garlic and spices. When it is nicely browned, drain off fat and then add crumbs/crackers/potato. Let cool completely before putting into prepared pie crusts.

Cook pies at 400 F for 30 minutes or until golden brown and heated through.

In a large bowl, mix flour and salt. Cut in lard using your hands or dough cutter until mixture resembles coarse oatmeal.

Add water and cider vinegar to flour mixture and mix well. The mixture will be sticky and this is normal. Gather into a ball and refrigerate in a sealed container for a minimum of 3 hours.

Once cooled, divide into portions and roll out each of them on a lightly floured surface. If necessary, gently lift the dough and add flour to the surface and rolling pin. Always make sure the dough does not stick.

Once rolled, fold the dough in half, place it into pie plate and gently unfold. Uncooked dough may be placed in freezer, separate using wax paper. 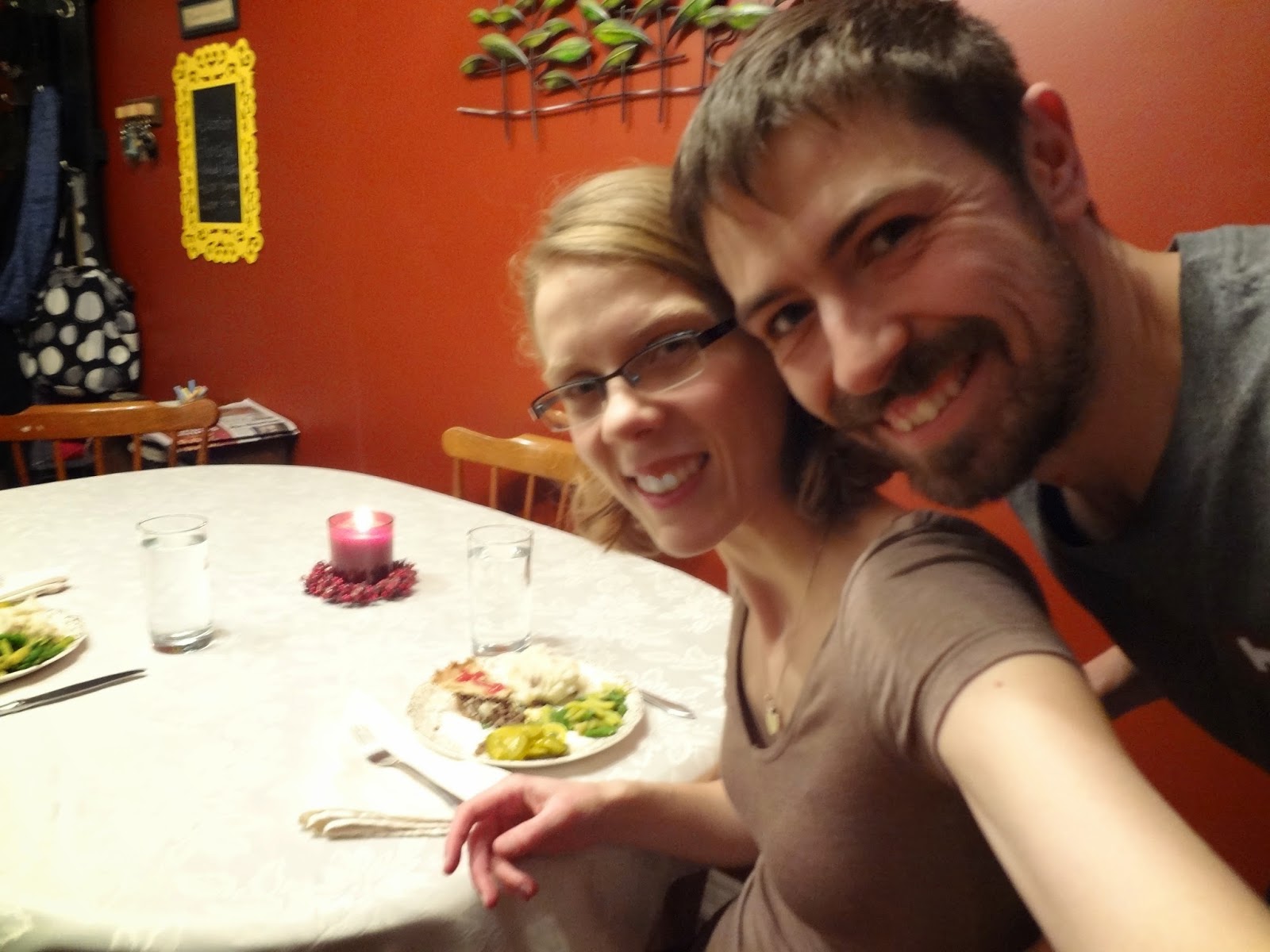 Do you have a special meal you only eat once a year? Have you ever had tourtiere? Or is this your first time hearing about it?