I usually make a lot of my Christmas gifts and this last Christmas was no exception. I decided I wanted to knit my sister Cora and her boyfriend Jeremie each a pair of socks. Not that big of a deal, right? Right. 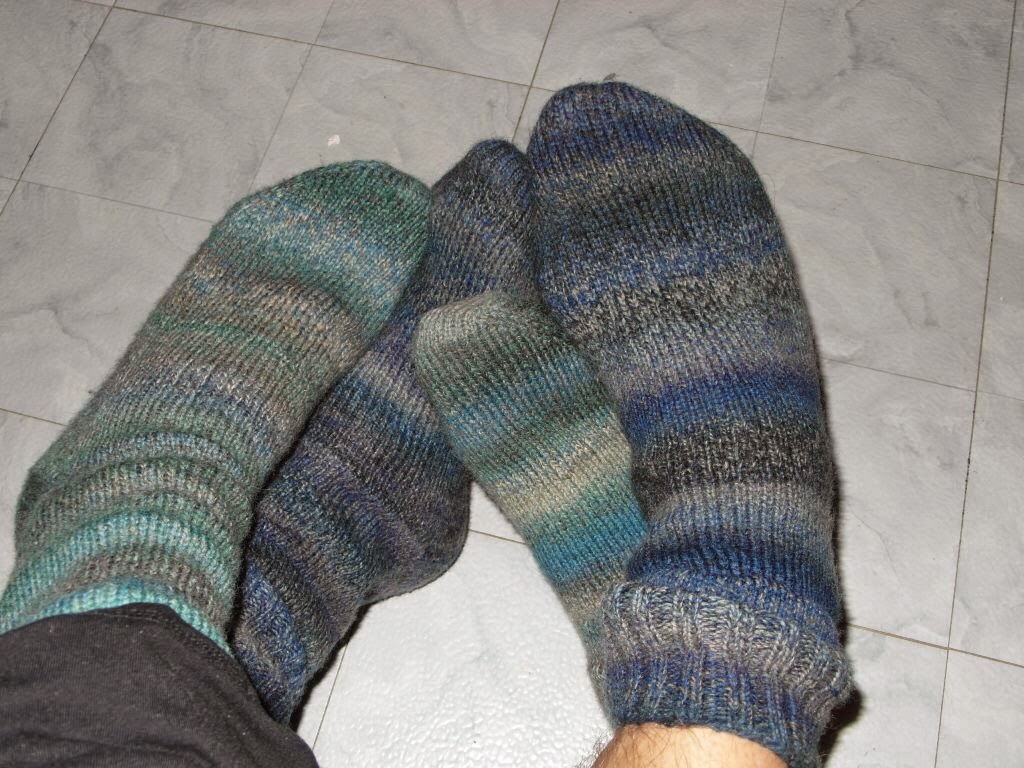 Except it was a big deal because I somehow screwed up the measurements for Jeremie's socks and ended up making them too small. As in, they were snug on my feet. Oops. So, I decided to give the too small for Jeremie socks to my sister-in-law Tara instead. But if I did that, I would have to make a pair of socks for my brother Mike too or else he would never forgive me. He's been asking me to knit him some socks for a few years now and I was sure he wouldn't be impressed if I gave his wife some homemade socks and not him.

So I made him some socks. 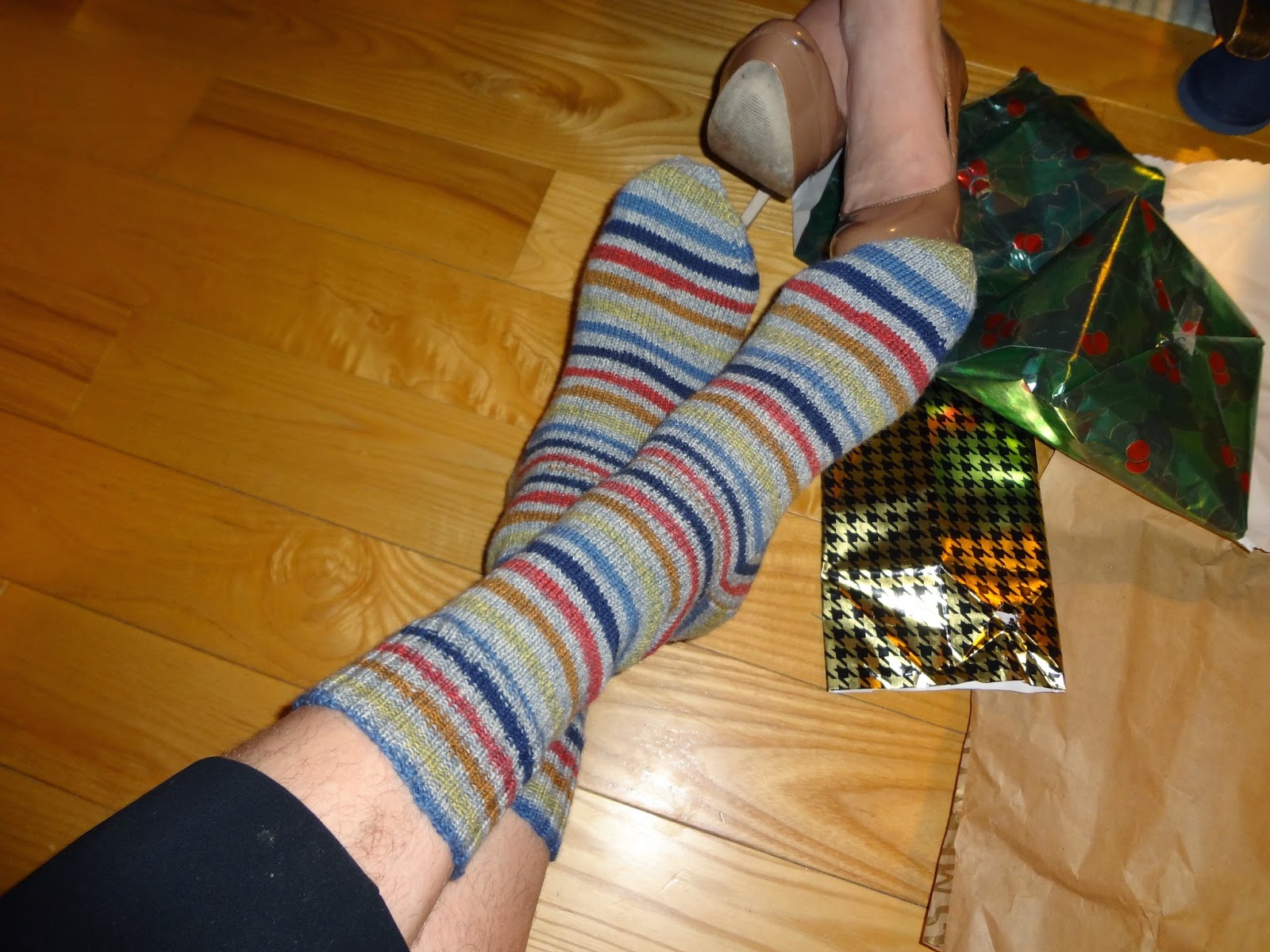 In case you aren't counting, that is four pairs of adult socks. Which is a total of eight socks. And each sock takes quite a bit of dedicated knitting to make. Basically, what I'm trying to say is that I spent way too much time knitting socks for everyone.

But since I was on a role, I figured I may as well make some toddler socks too, since I had leftover wool and tiny socks are adorable.

Baby Mike got his own pair of socks that matched Uncle Mike's. 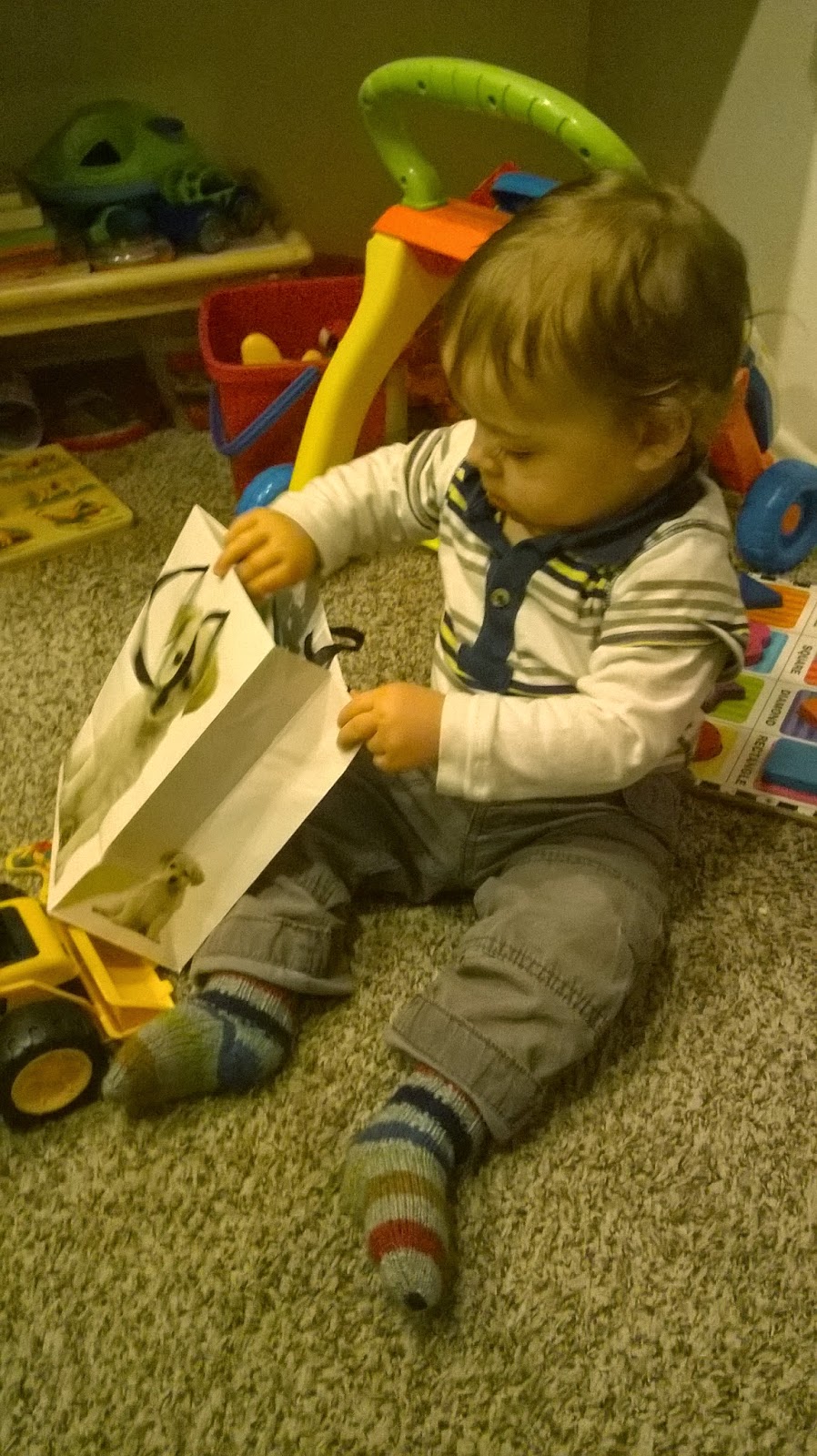 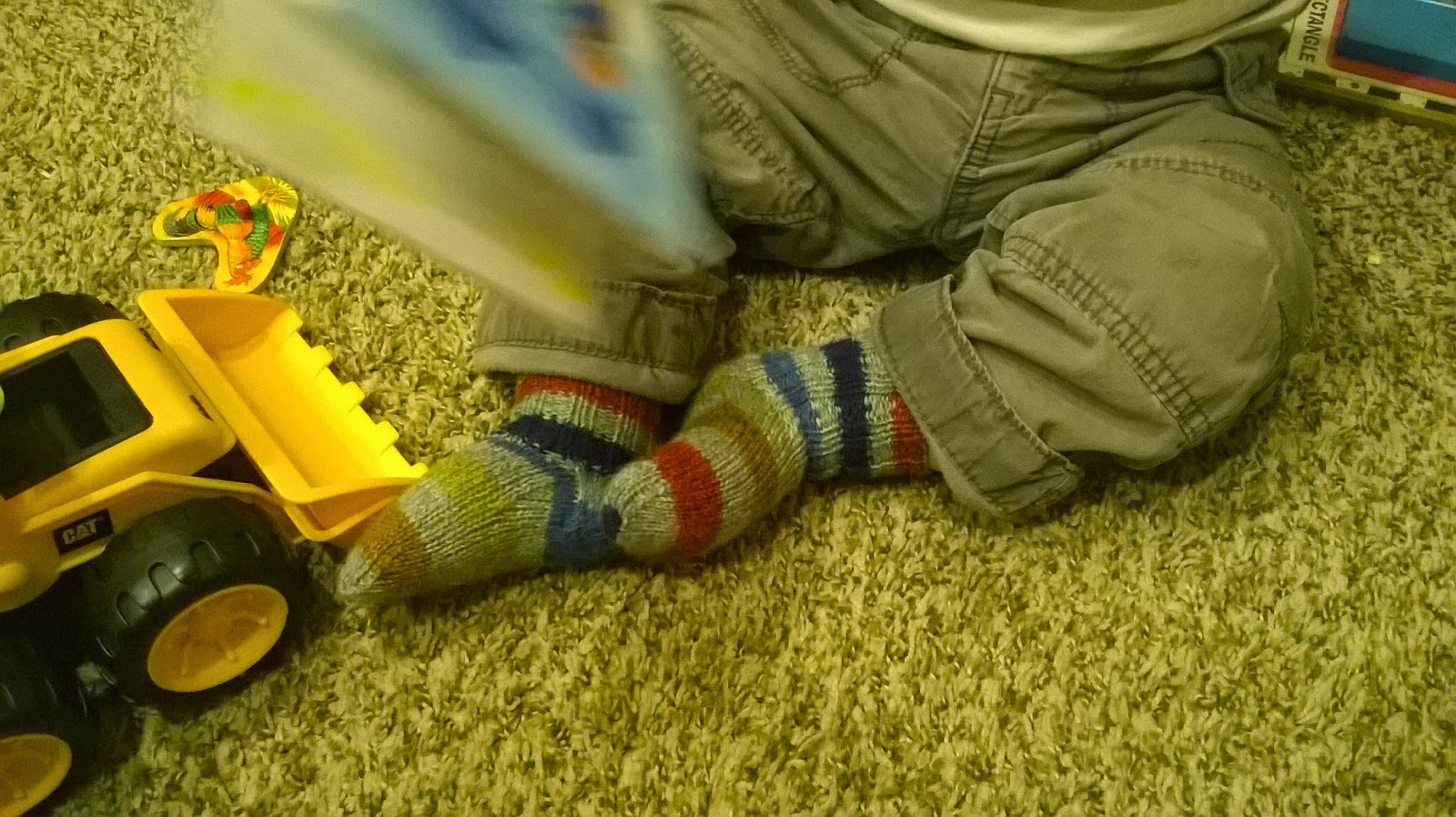 And Alma got a pair that matched mine and Auntie Cora's. And can I just say, little kids in wool socks are adorable. 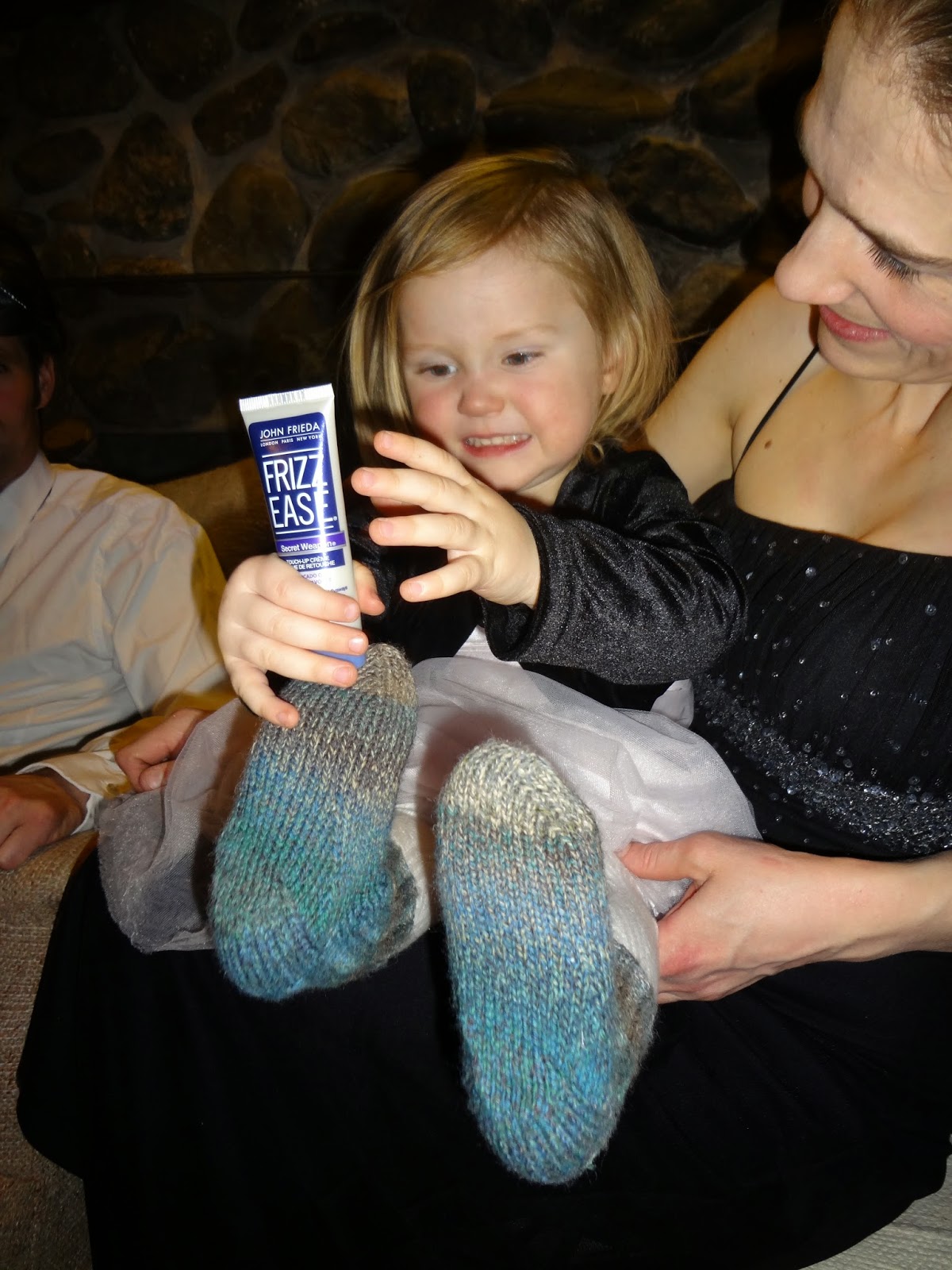 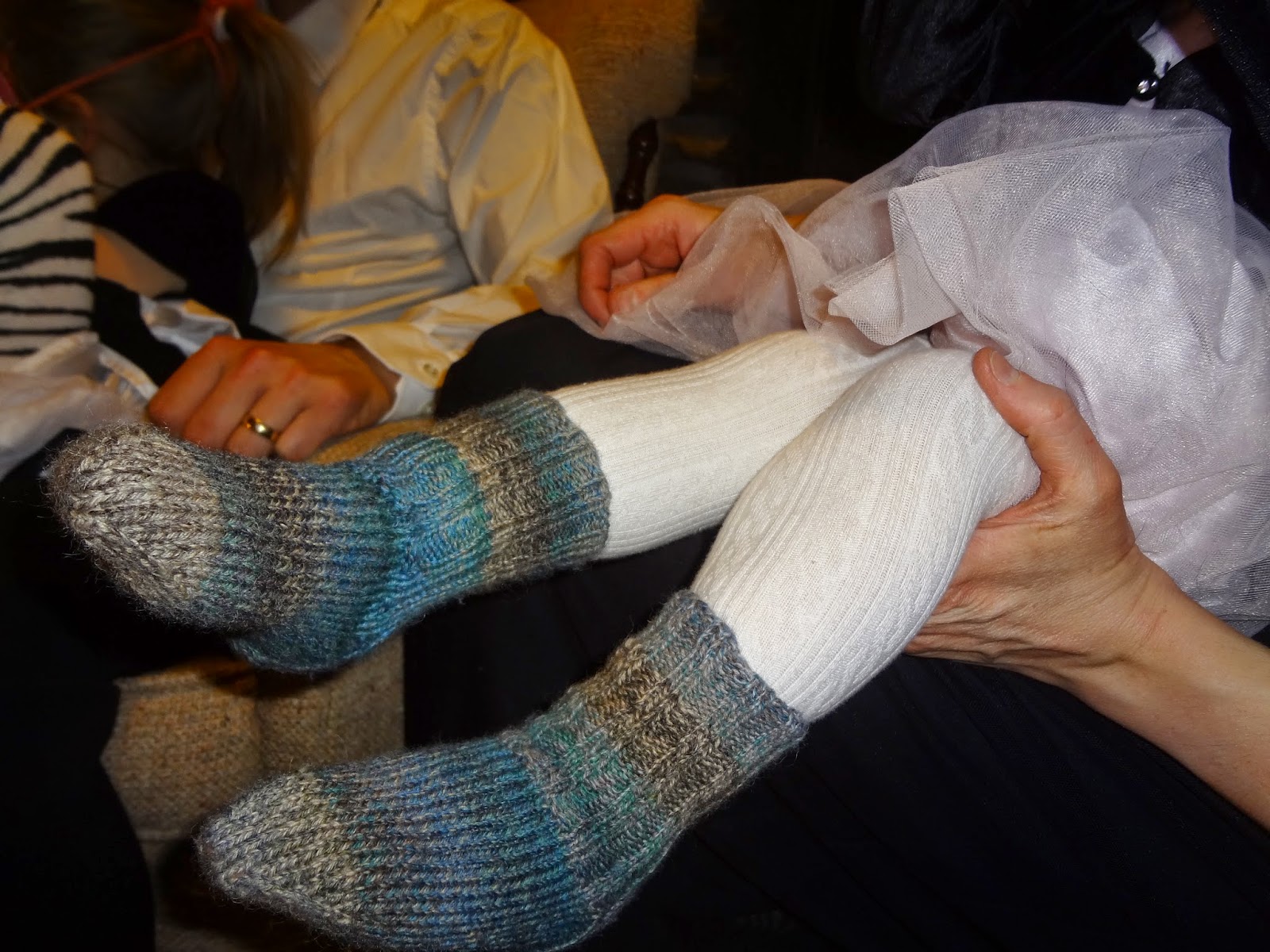 Everybody totally loves their new socks and were happy to show them off for pictures. 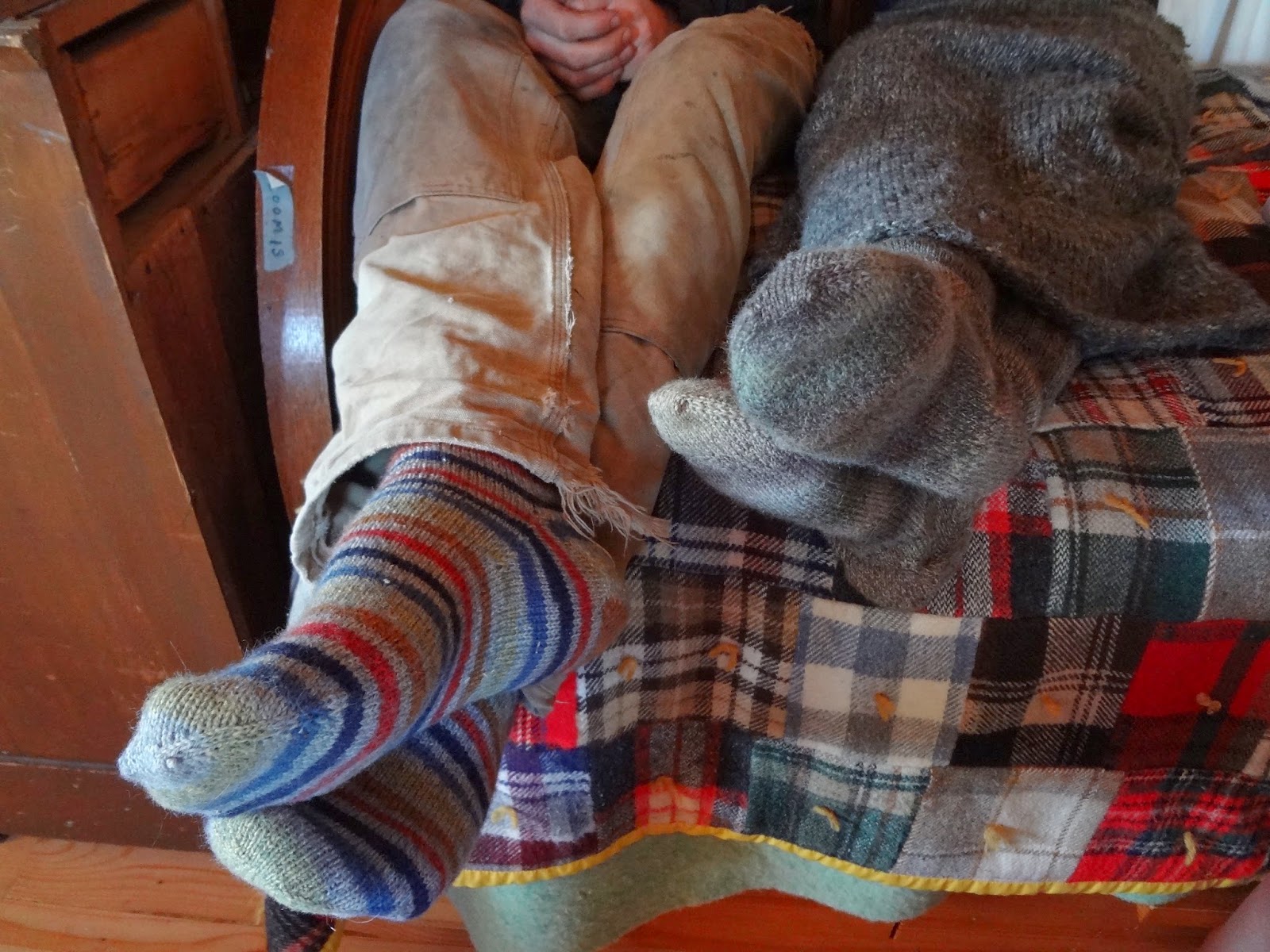 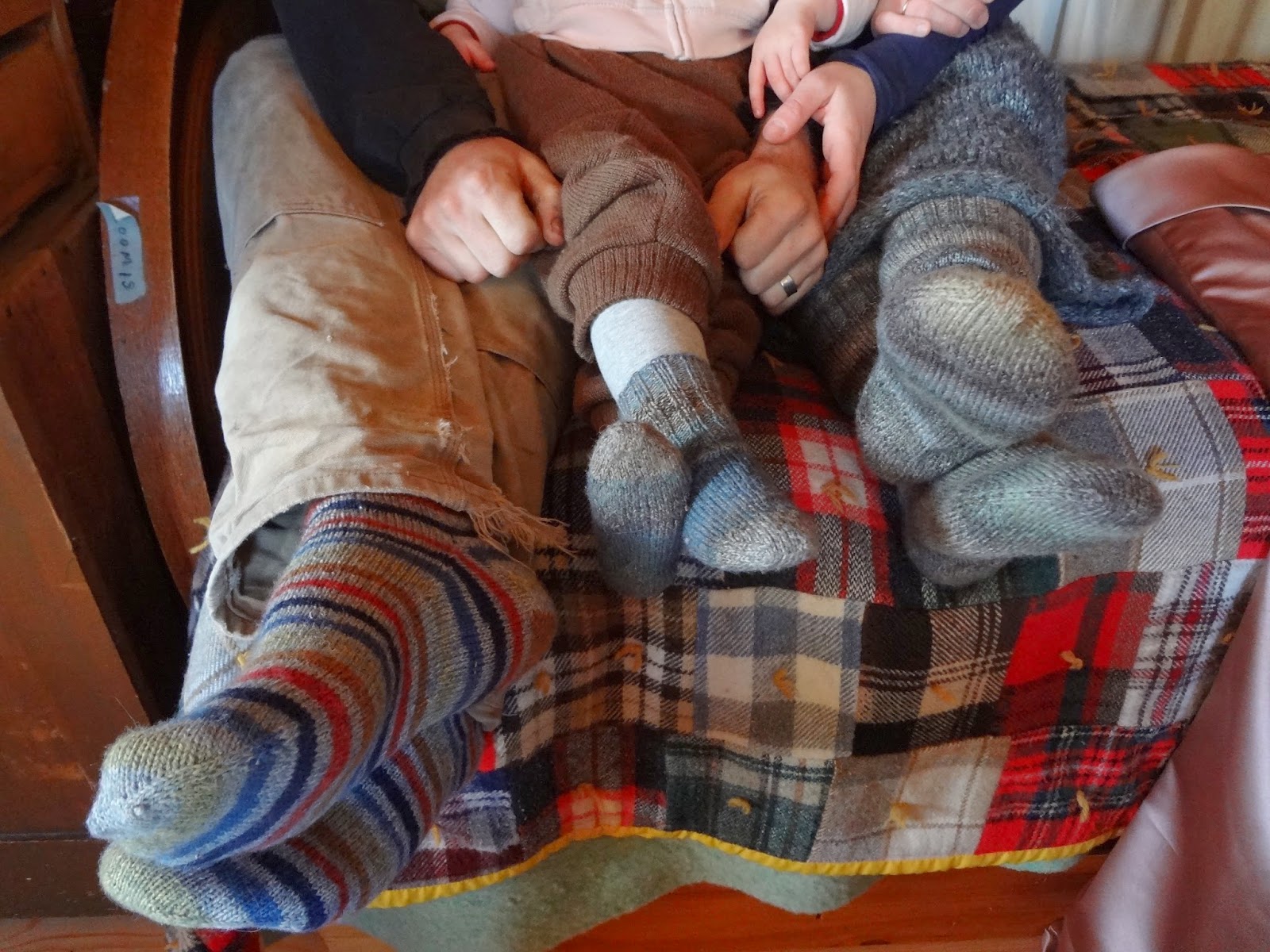 I've also had some people request socks every year for Christmas. I'm not sure that is going to happen since I had callouses from knitting so much in the fall. And since finishing the socks in December, I haven't picked up knitting needles since. 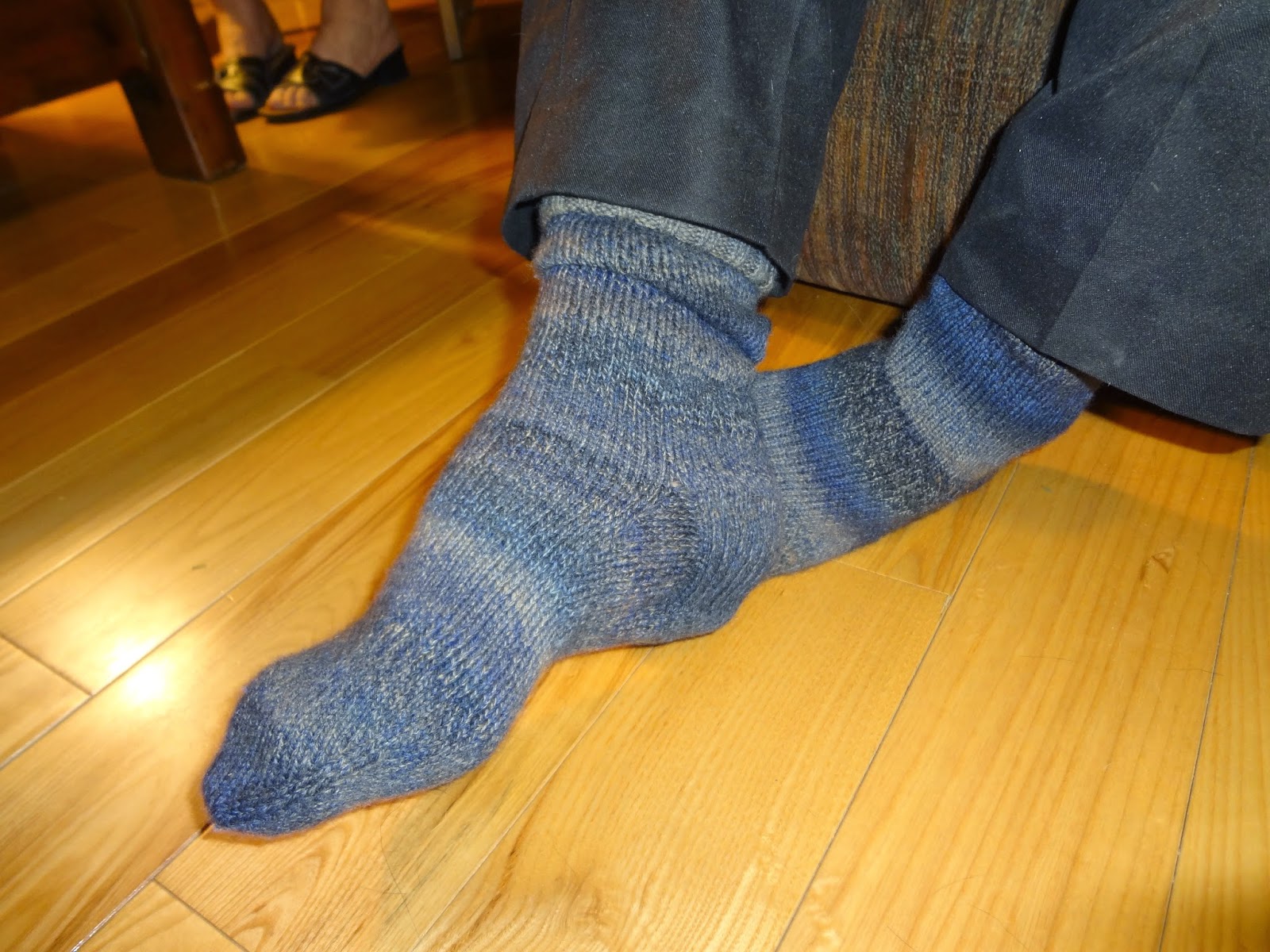 I'm very proud of myself for rocking the Christmas gifts this year and am excited that everyone loves their socks so much.

Email ThisBlogThis!Share to TwitterShare to FacebookShare to Pinterest
Labels: Knitting