Last winter sucked. Ask anyone around here and we can all tell you that it was the longest and worst winter for snow we'd had in a while. We had snow from November to the end of April basically. Well as this winter was approaching, we were hearing that it would be similar to last year and we all got scared. But lucky for us, it hasn't been! At least we barely had any snow until just a few weeks ago.

It seems like winter is finally here for the long haul though, since we keep getting more snow and having super cold temperatures. 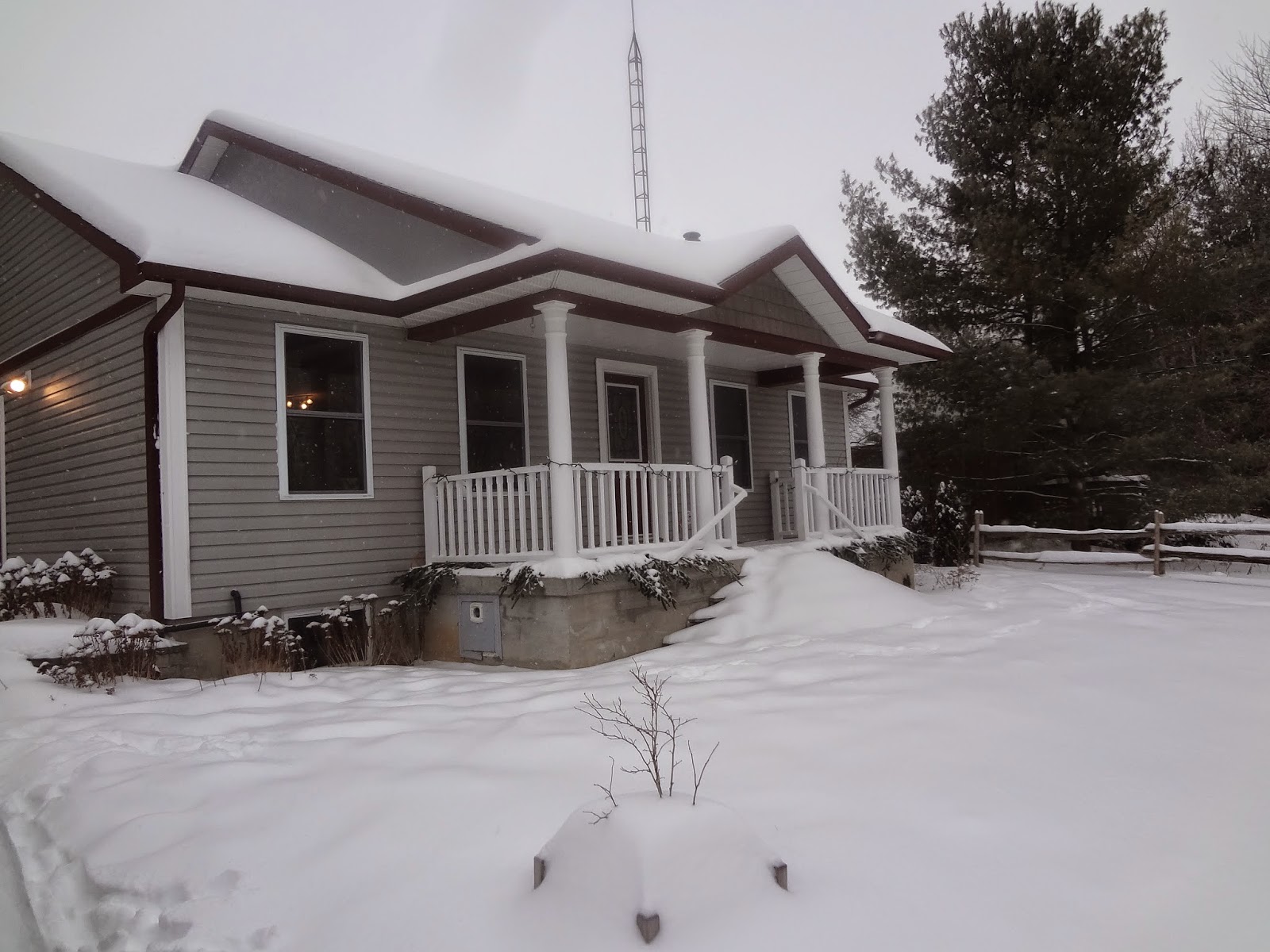 I thought it would be fun to share some of our snow pictures with you guys so that you can see how much we have and also for comparison to last February. I always enjoy looking back at old posts and seeing how things have changed. So if you like to do that too, check out this post from last year showing how much snow we had then. 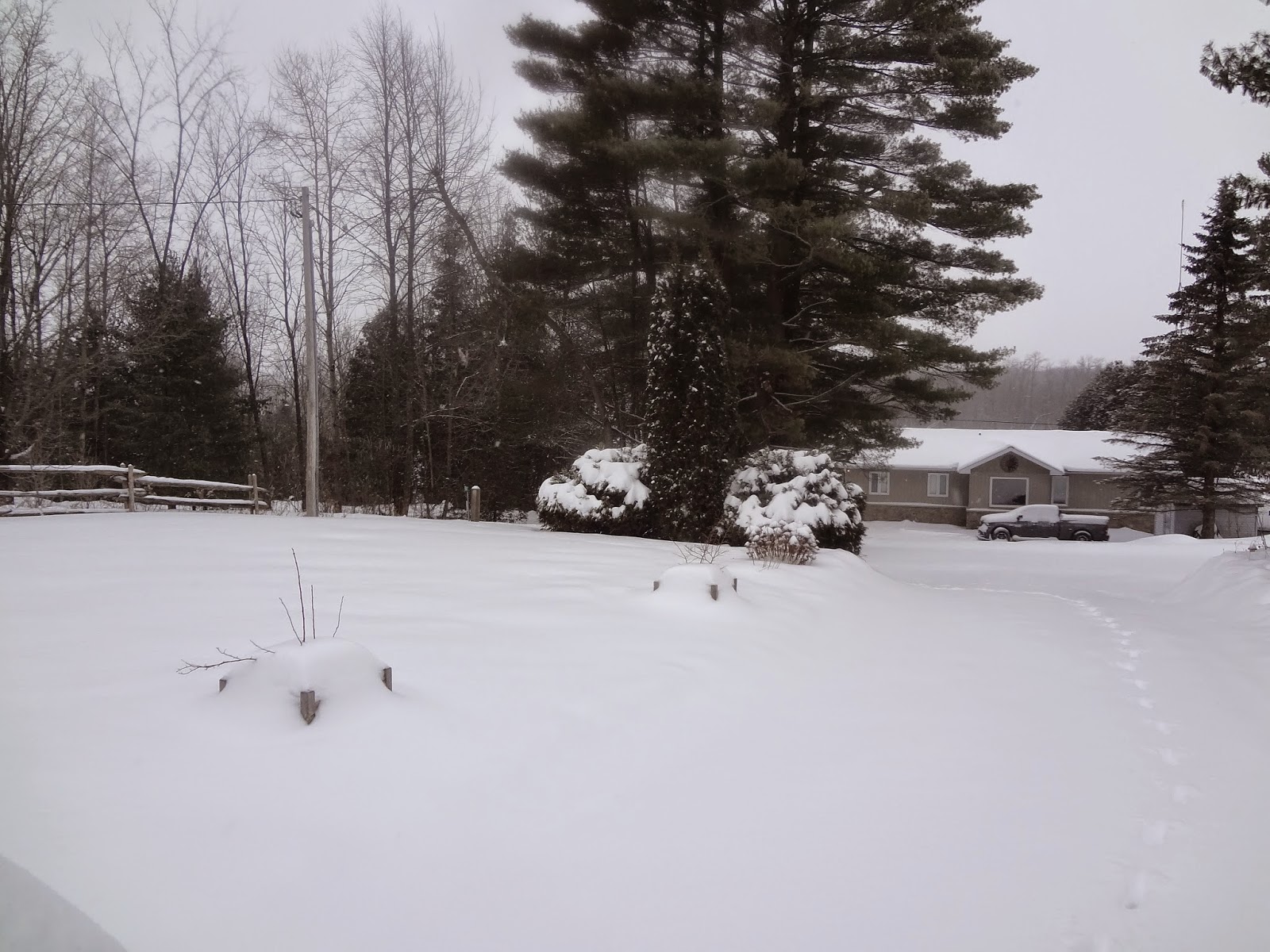 We probably don't even have half of what we had this time last year, but it's still our most significant snow fall this year. Lucky for us though, we were gifted an old snow blower last fall so now we don't have to shovel. Ahem, I mean Dan now doesn't have to shovel. 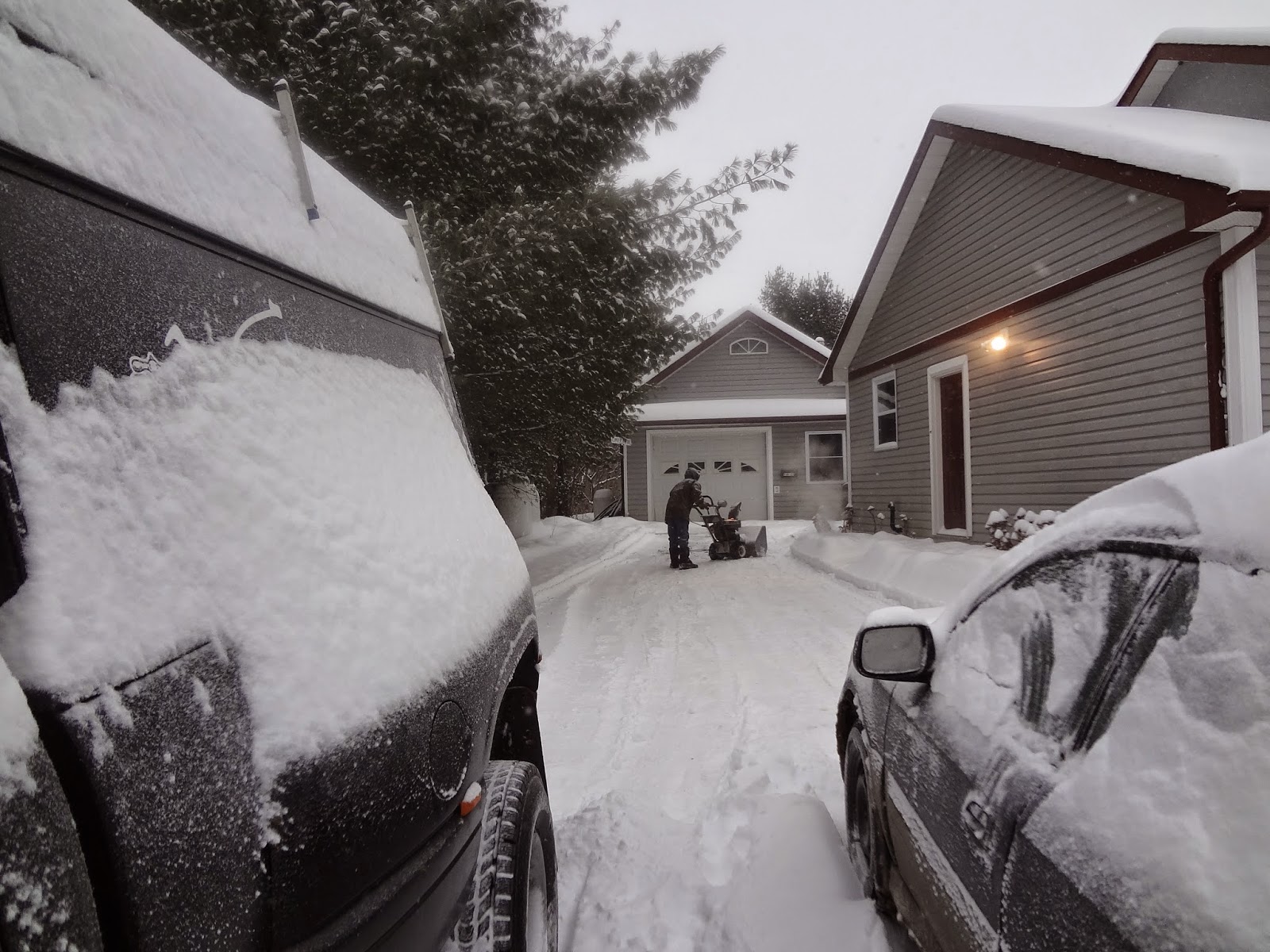 These above pictures were taken on Sunday and we've had some more snow since then. And I'm pretty sure the forecast is calling for more. Woot woot. 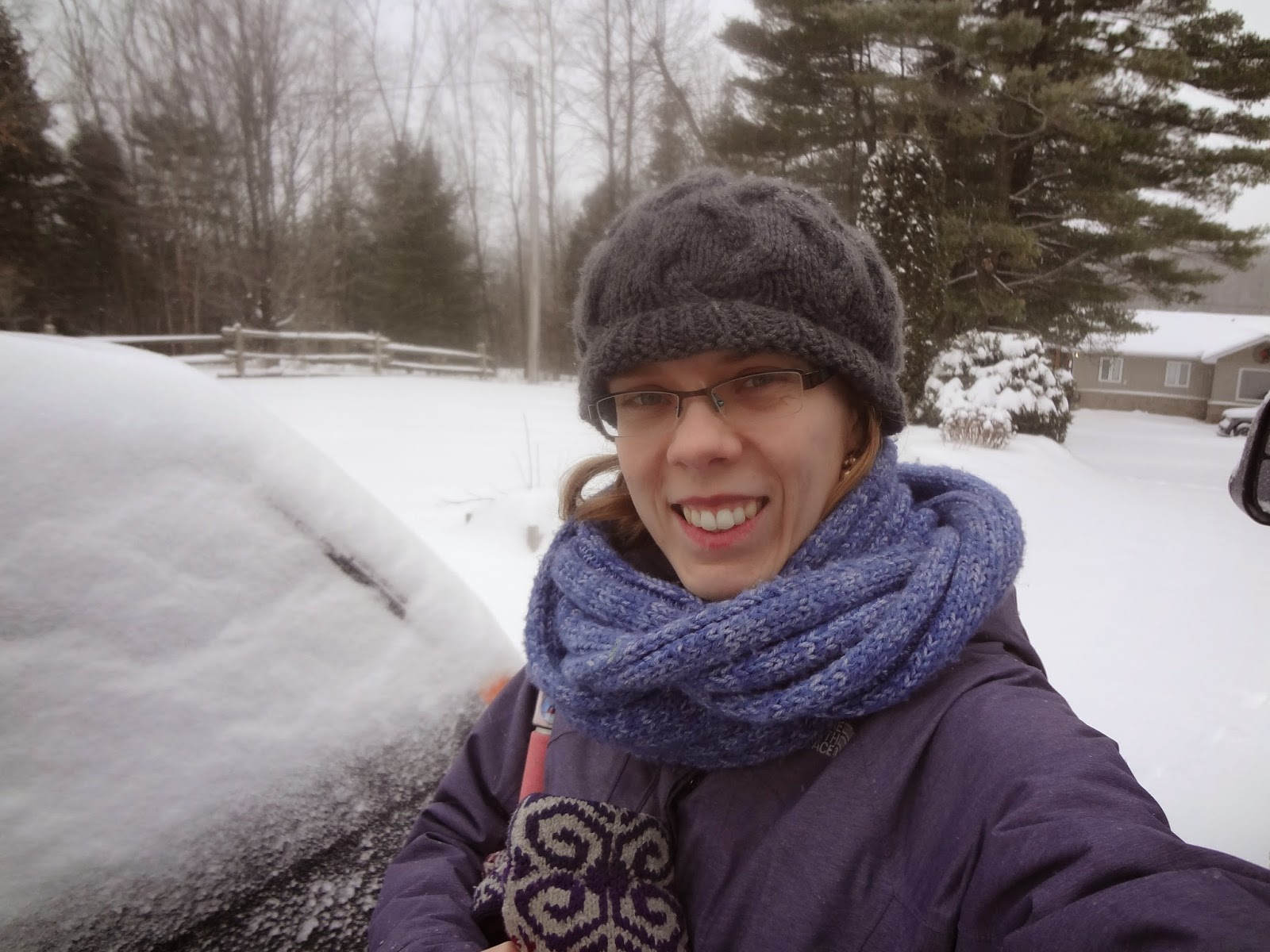 I'm about to venture out into it again. This morning the snow is super beautiful. You know those big lazy romantic flakes that fall slowly from the sky? That's what it looks like out there right now. My picture couldn't quite capture the beauty of it though. 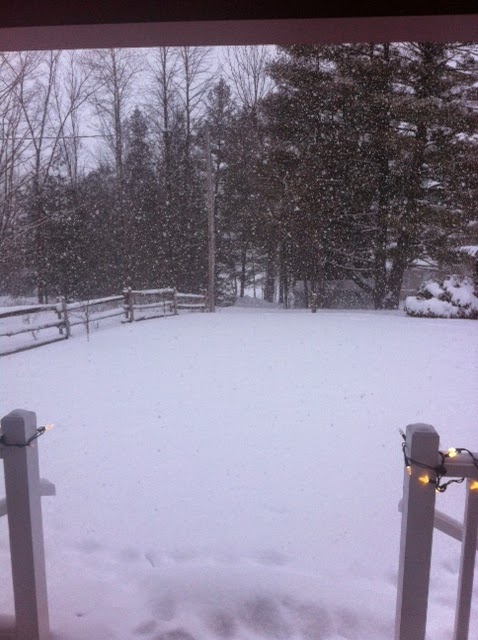 How is the weather where you are? And for those of you who live in warmer climates and have daffodils and crocuses poking through the ground, I don't want to hear about it.

Oh and if you guys can pray (or just send positive vibes our way) that we have safety on the roads, that would be great. Tomorrow morning marks the beginning of our daily trips to Toronto for monitoring and the weather and roads are always a concern.
Posted by Jenn0021 at Thursday, February 12, 2015