As some of you have noticed already, Dan made the decision to grow a beard this winter and he affectionately called it his "winter beard". He started growing it some time around Christmas and decided he would keep it until the first day of Spring. 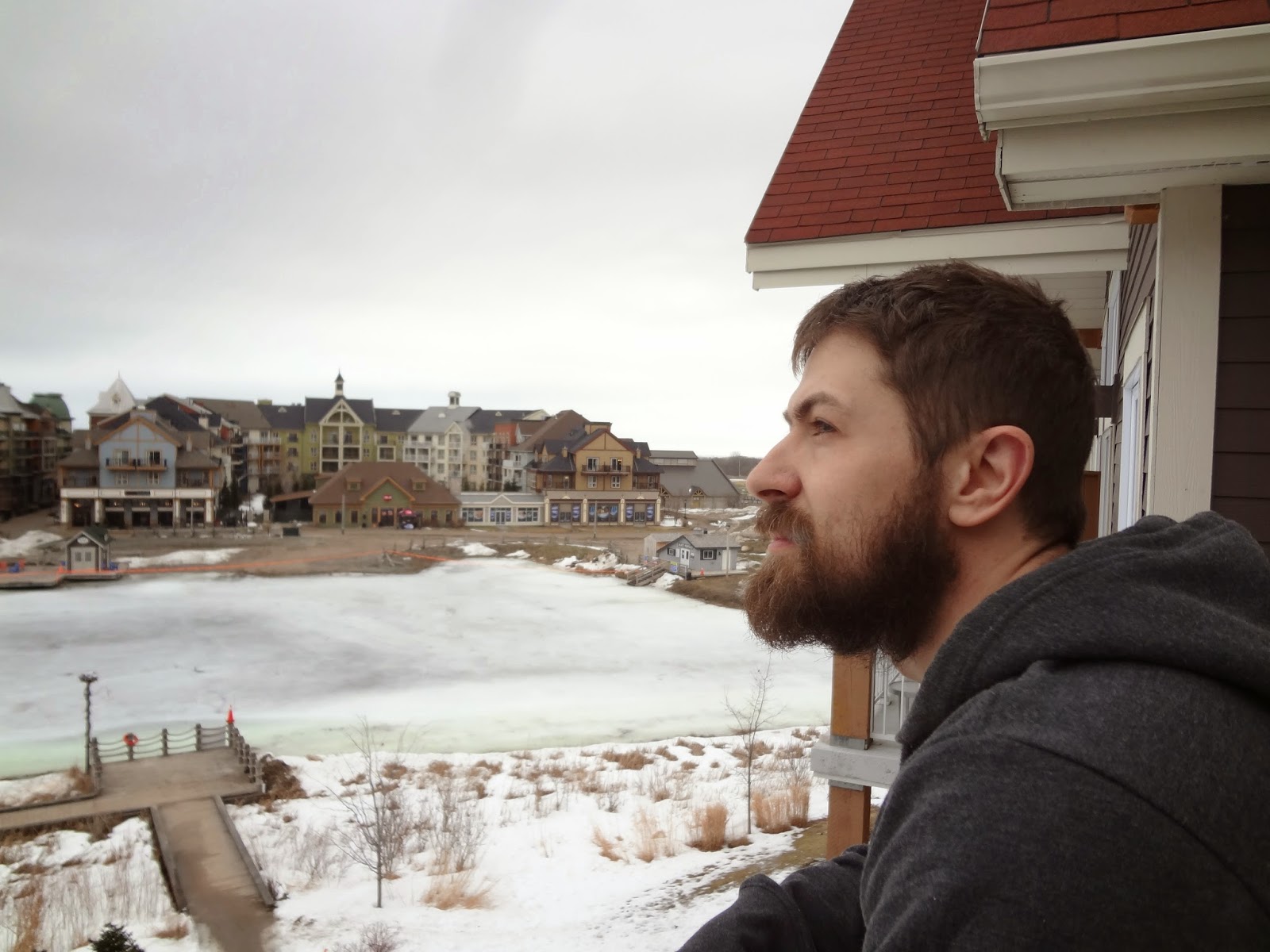 Well, Friday was the the Spring equinox, so the beard came off! He, of course, kept his mustache and goatee because without it he looks like he's 17. And owning your own business while looking 17 isn't ideal.

Here is his beard in all its fluffy glory, right before the clippers came out. 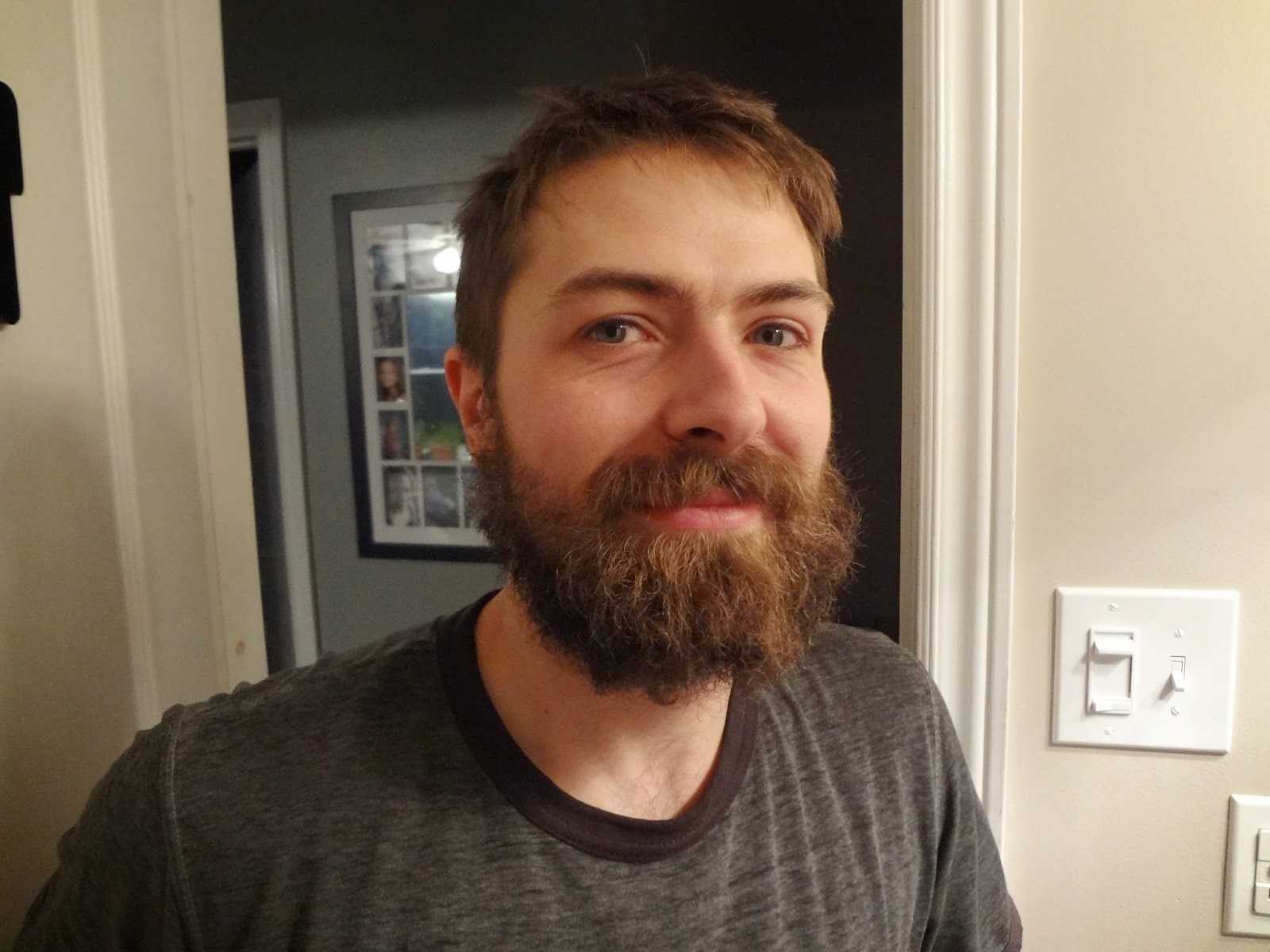 We bought clippers specifically to take off this beard (and for future beard trimmings) so the removal process wasn't that time consuming. He had one side off in no time. 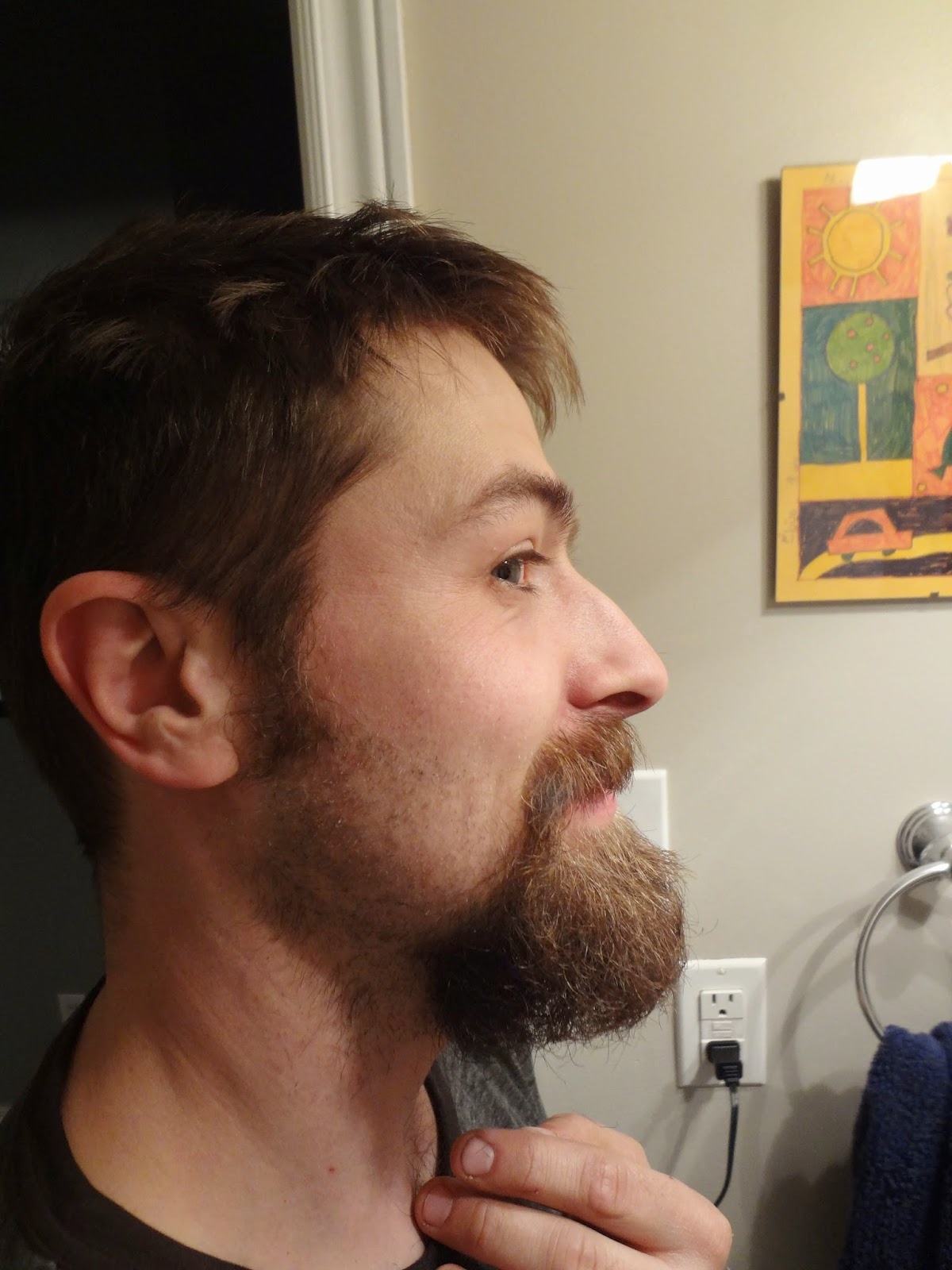 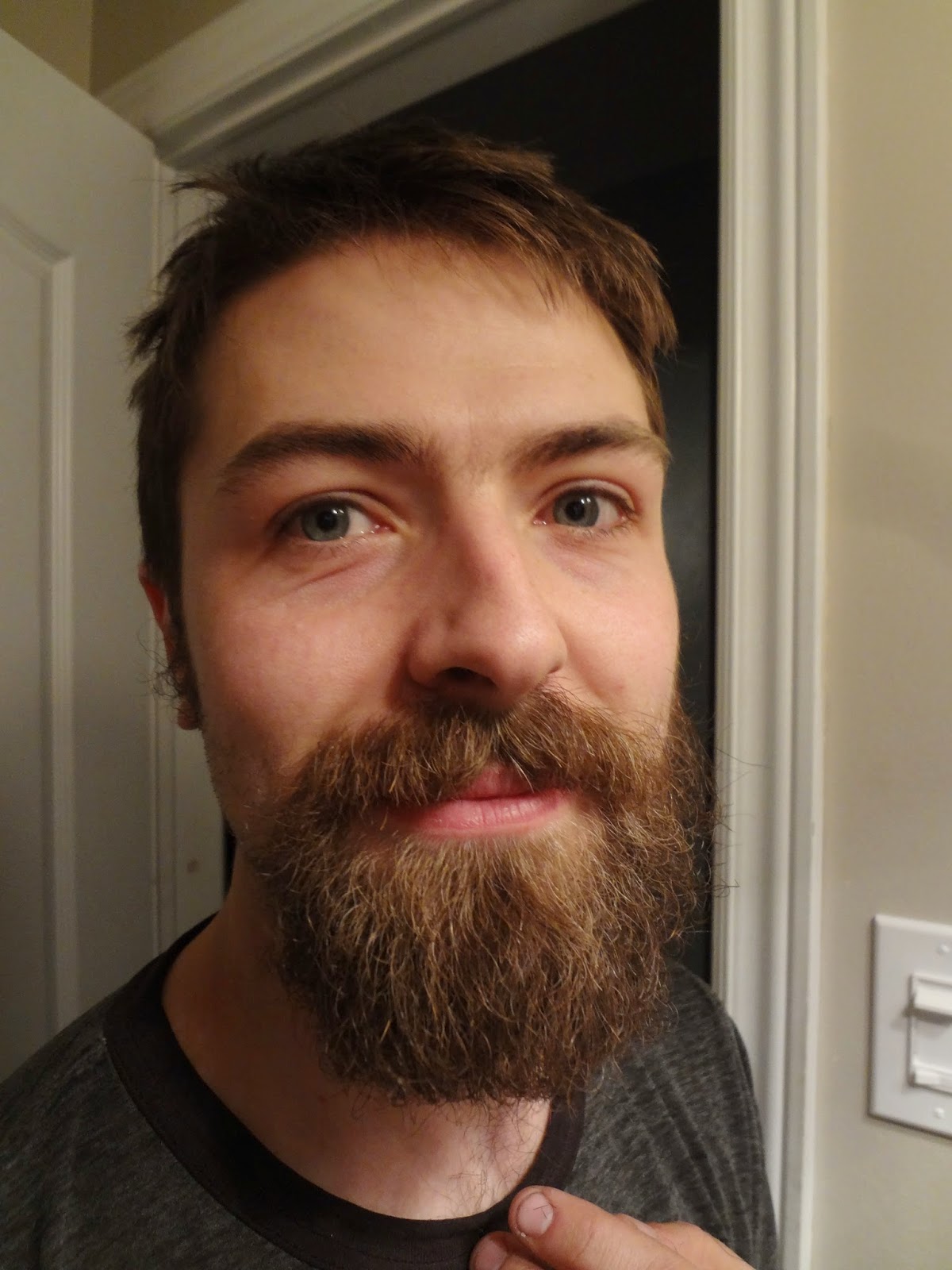 By this point I was getting excited for his face to return and I waited impatiently for the other side to be removed and the rest trimmed up nicely. He, of course, needed to play around a bit first. 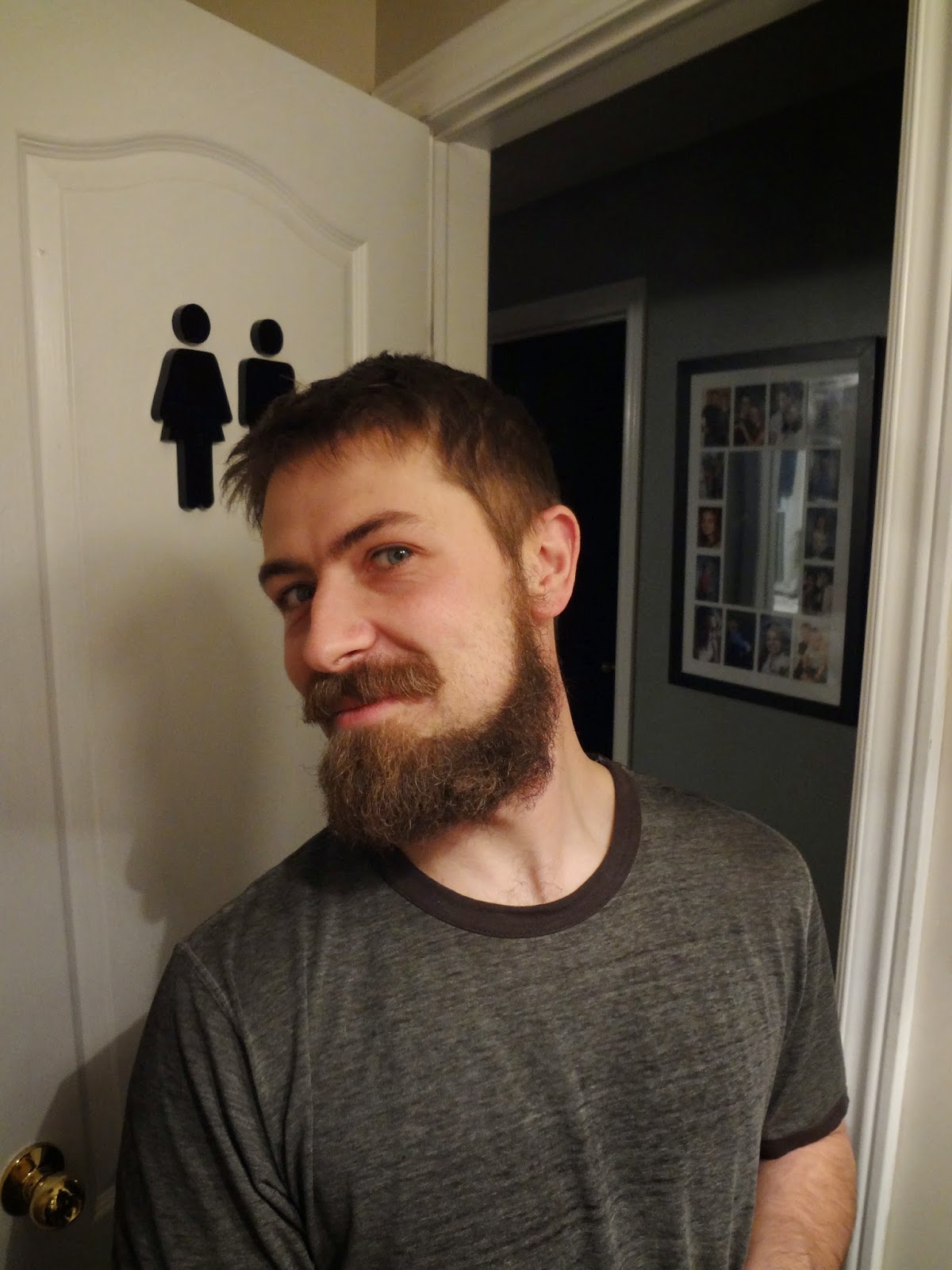 I'm glad that he doesn't wear this look. Ever.

Soon enough though, he full beard was gone and the rest was trimmed and he was looking like his old self again. Isn't he handsome? 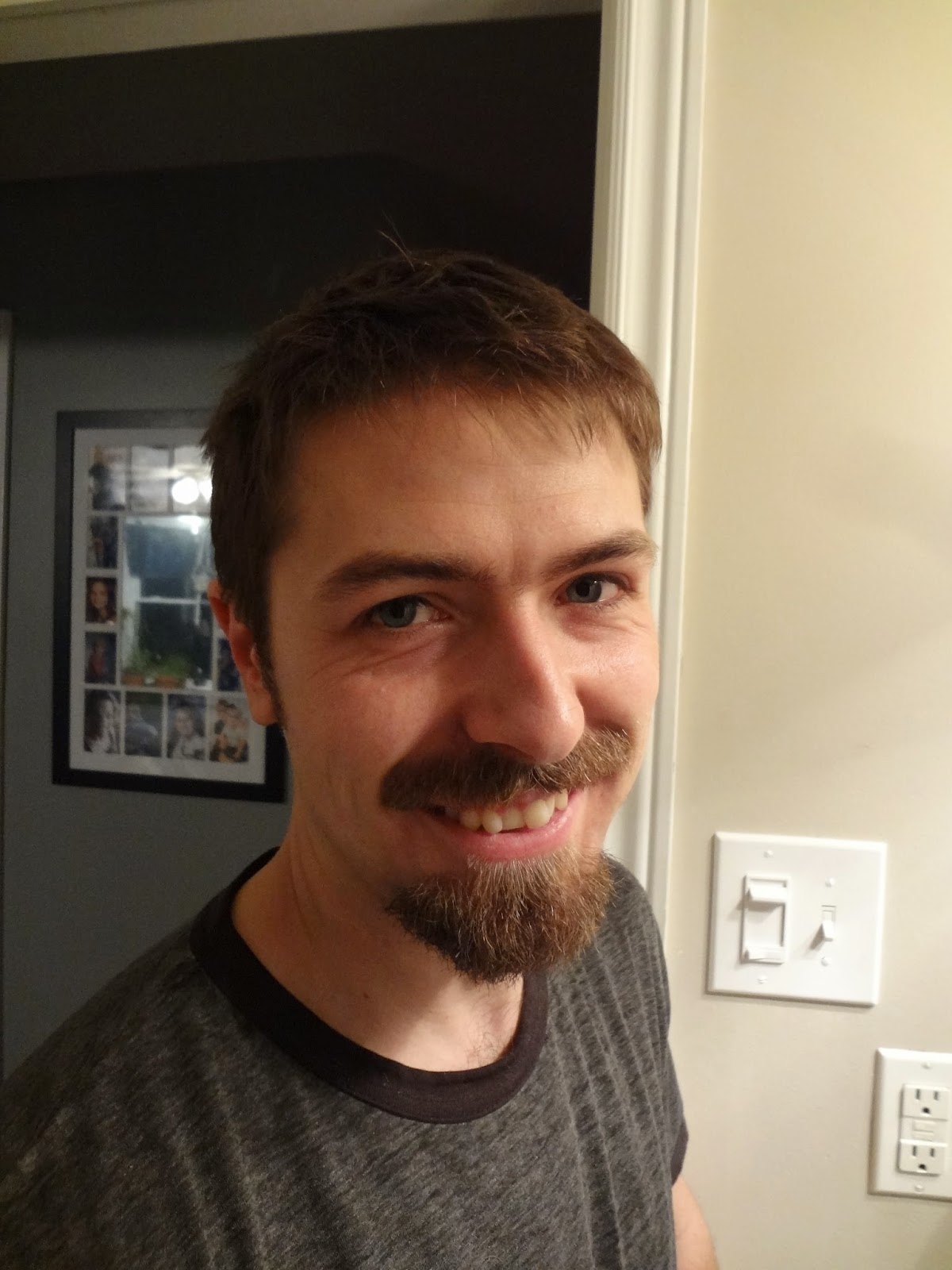 I'm happy to have his face back but also finding it a little hard to adjust to the lack of beard. I admit, I had gotten used to it. Good thing he's decided that the "winter beard" will be a yearly tradition!

Anyone else grow winter beards or have husbands who do? How do you feel about them?
Posted by Jenn0021 at Monday, March 23, 2015