Our doctor would like to move forward more aggressively and do another IUI cycle but use injectable drugs this time. He explained the risks involved and then went over the cost of everything. Since we have no insurance coverage, it would cost nearly $2,000 for the cycle. Which we can't exactly afford right now.

Since our doctor is super awesome, he went over some different options we could try first and we have decided to go with a pretty simple plan for this next cycle. We will be trying a different drug, since our doctor wasn't overly impressed with my response to the previous ones we've tried and we will be doing timed intercourse again instead of another IUI. Basically, this cycle is a calmer, cheaper one which we hope will work so that we won't have to pay so much for an injectable cycle! 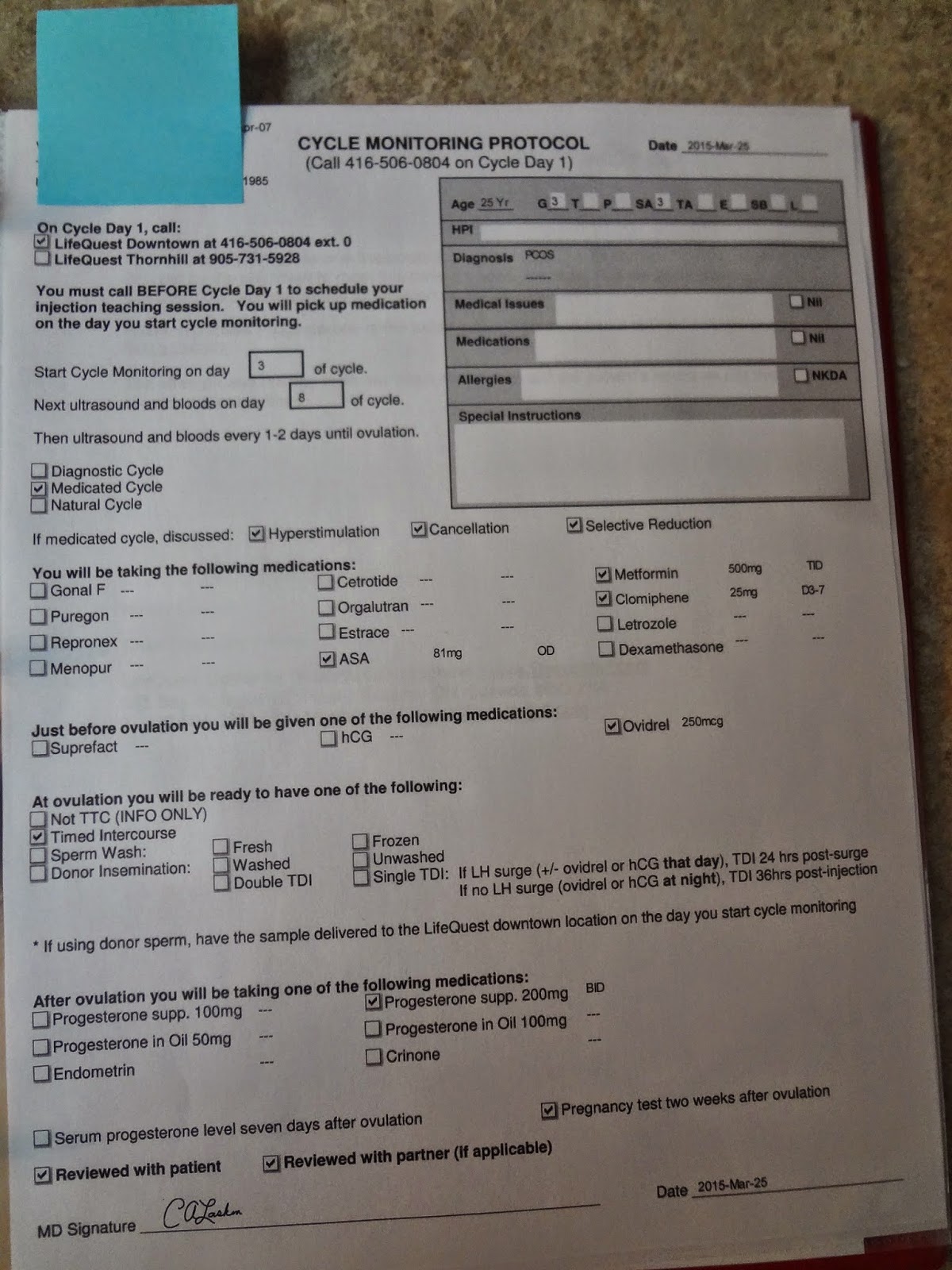 So the plan is similar to what we did in January, just with different drugs. We will still have to go into Toronto for cycle monitoring but it won't be as intense as an IUI cycle. I will be taking baby aspirin and metformin daily, Clomid on days 3-7, ovidrel right before ovulation and then progesterone after ovulation.

We're feeling good with our decision and now just have to wait to see when we will put this plan into place. Ideally we would like to do it in April but with Easter and traveling involved, it might not be possible. Either way, we know how we're moving forward, we just have to decide on when the moving forward will happen!
Posted by Jenn0021 at Monday, March 30, 2015