I Can See Clearly Now

Remember last Friday when I shared this picture with you and told you some changes were happening last weekend? 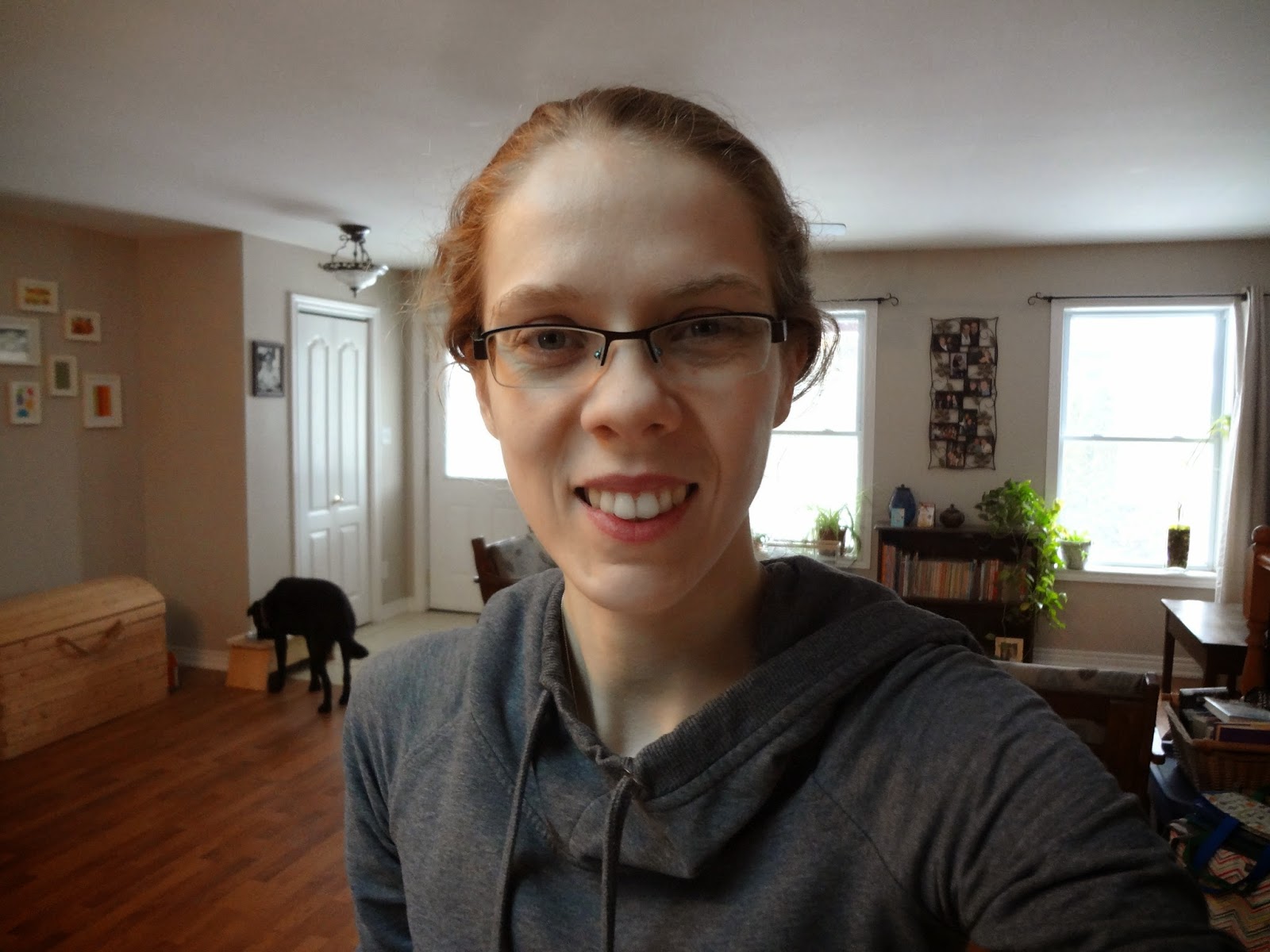 Well the changes have happened! Last Saturday I had elective laser eye surgery to correct my eyes and allow me to go glasses free! 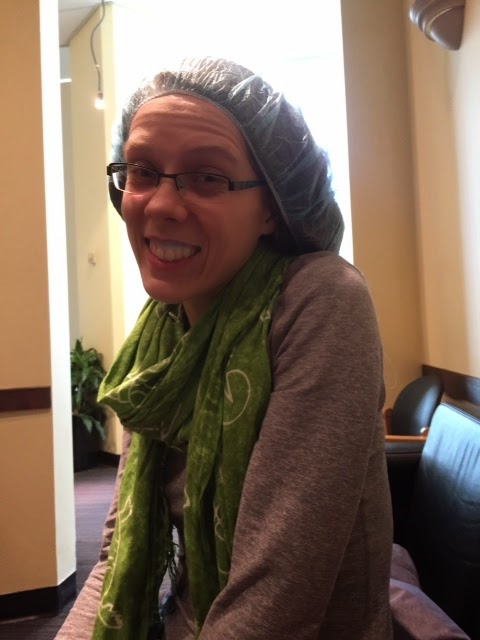 I had Advanced Custom Wavefront LASIK done and the procedure went well. We were at the clinic for almost 4 hours but the surgery itself only took 10 minutes. Even though the surgery didn't hurt, I was a ball of nerves and was slightly freaking out during it. I think it's because I knew what they were doing and it creeped me out a little. Okay, a lot. 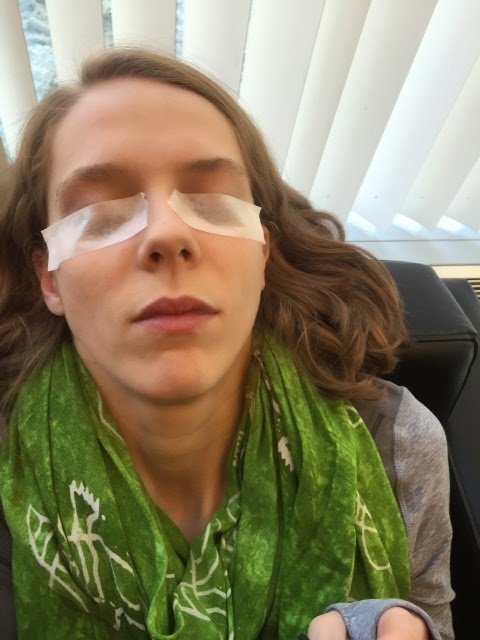 After the surgery, I got to lay on a couch with my eyes closed and then they put more drops in and taped my eyes shut. Having your eyes taped shut kind of sucks, just an FYI.

Oh and they totally also give you super sexy sunglasses to wear. 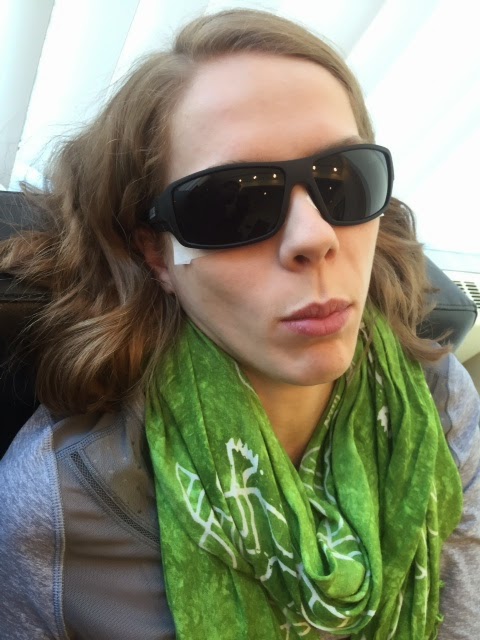 Aren't you glad Dan took so many pictures? I was usually unaware of them, since my eyes were taped shut and all.

Before the surgery they numbed my eyes with numbing drops, so my eyes didn't feel a thing. The only problem is, the numbing comes out eventually and then holy batman does it hurt! When we were about halfway home (the surgery was in Toronto), my eyes started to get uncomfortable. Kind of like when you put a contact in wrong and your eye is irritated. I tried to ignore it but it kept getting worse. Then it felt like I had gravel in my eye. Super painful. And I was super sensitive to light! I had my eyes closed, with the crazy dark glasses on AND my scarf wrapped around my head and I could still sense the light. It pretty much sucked.

When we arrived home, I stumbled blindly into bed, took an Advil, put some eye drops in and took a nap. 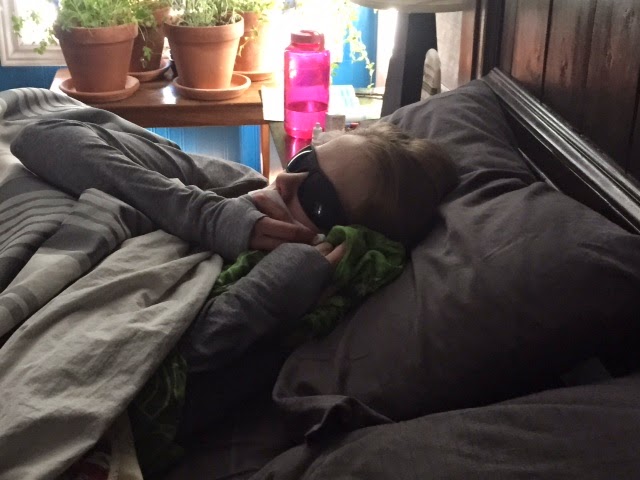 I woke up feeling much better. Still not great, but not in as much pain. The first day I spent in bed, with my eyes closed, listening to audio books.

The second day, we had our 24 hour follow up where I was told I had 20/20 vision and was allowed to drive. That was fast! I still let Dan drive that day though, since my eyes were still a little sore and I liked to rest them often.

My eyes seem to be improving each day and it's pretty fun to be able to see without glasses. I've driven a few times and slowly go about my daily activities. I am giving my eyes lots of rests though, since they dry out fast and feel tired often. 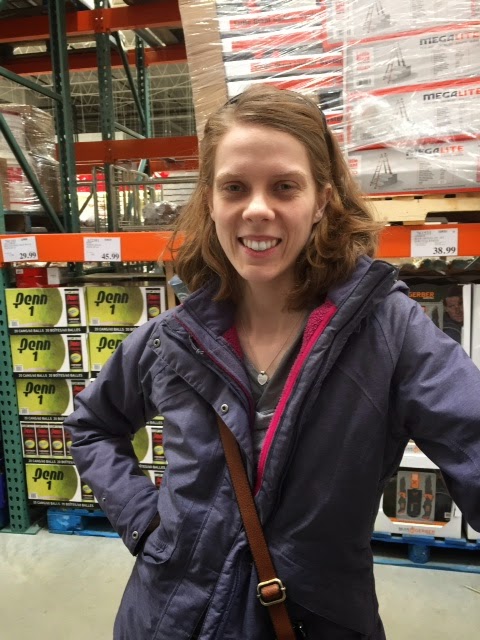 I'll probably do a follow up post in a few weeks when I'm feeling more normal. But so far, I'm happy with my decision to fix my eyes and am excited for when I will be off the strict drops regimen! Now to go find fun sunglasses that don't need to be prescription...
Posted by Jenn0021 at Wednesday, April 01, 2015