Last Thursday Dan turned 30. Even though he has been dreading this birthday for years (even since he turned 26), I stilled planned on celebrating it. We didn't do anything too big, but I thought it was the perfect way to ring in a new decade.

On his actual birthday we had a potluck with the College & Careers group at church, so one of the girls was super nice and brought a fancy cake for him. She even got him nice numbered candles, which I never would have thought of. Thanks Bobbi! 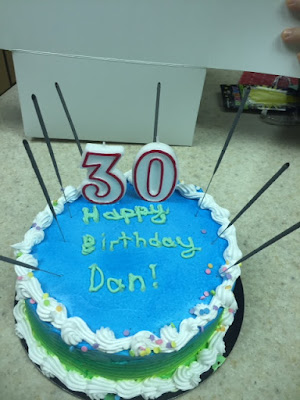 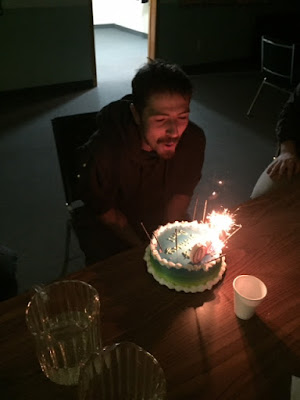 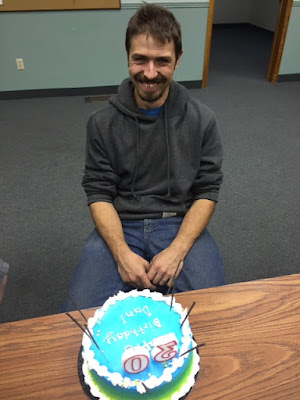 On Friday night we had a small get together with friends where we ate spaghetti, used up leftover cake and played an awesome new board game. Super fun and low key, just the way Dan likes his parties. 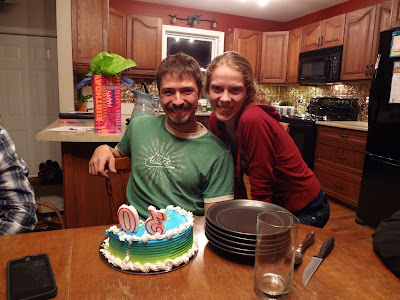 His birthday present from me this year was tickets to Dean Brody and Paul Brandt's Road Trip Tour which was on Saturday night. We had floor seats which were a good distance away from the stage so we really didn't get very many good pictures. 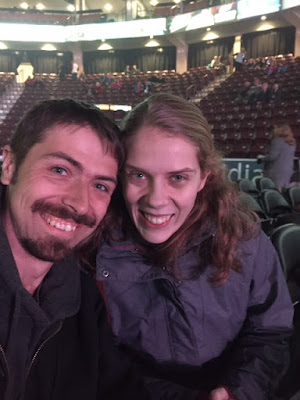 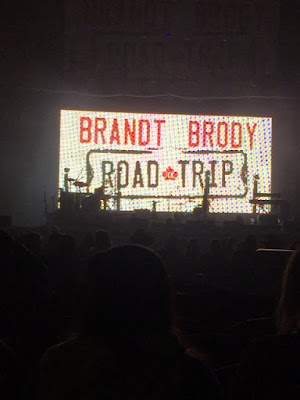 But we still had fun, despite having to stand the entire time and our ears ringing afterwards. I think I'm getting too old for concerts.

Overall, it was a good birthday weekend for Dan and I think he's accepting the fact that he's now 30.
Posted by Jenn0021 at Thursday, October 22, 2015