Or more like, what's NOT growing Wednesday. It's the time of the year where the garden looks bare and I finally admit that these posts should probably stop. 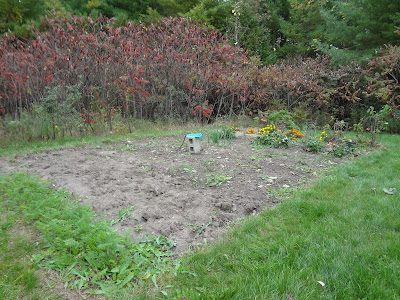 I'm down to just a few veggies, which means this is the last week of this series. I pulled all the beans up the other day, because they were mostly done producing and I was sick of dealing with them. I have one final batch of them to freeze and then we'll be done with beans for the year.

The carrots are still mostly in the garden because they keep fresh and can withstand freezing. We'll probably pull them all in a few weeks and try and store them in the cold room. 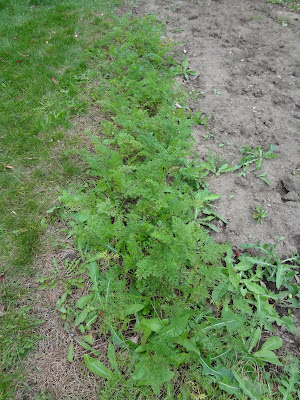 The green onions are now pretty big, since we didn't eat them very often as small green onions. I kept forgetting they were there, since they were pretty well buried between the beans and beets. I guess I need to start using them in things. 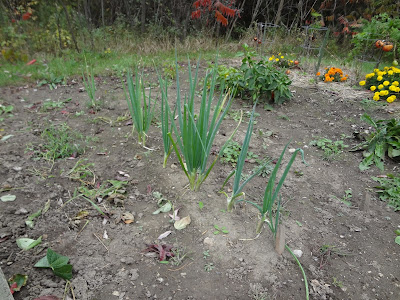 The peppers are still growing and they will continue to do so until they freeze too much. I'm going to try and leave them out as long as possible and cover them when the frosts come. I love how well our peppers always do. 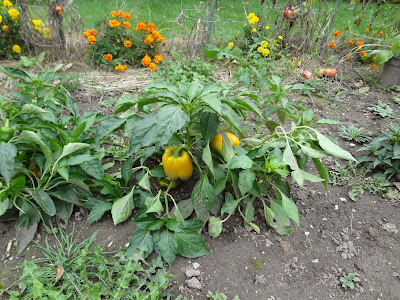 As for the tomatoes, they are done. Our crop sucked this year and most of the tomatoes just rotted on the plants. I need to actually get out there and pull these up, I just haven't yet. So here is a photo of our pathetic plants. 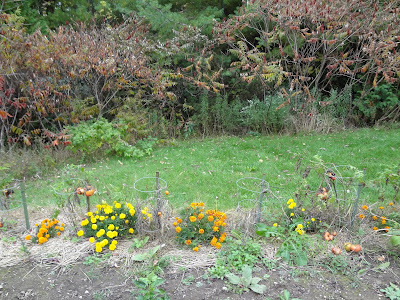 Does anyone else still have veggies in their gardens? Or are they mostly done too?
Posted by Jenn0021 at Wednesday, October 07, 2015