Wow, tomorrow is 2016. Can you believe it? This year was a full one for us with happiness, sadness, excitement, adventure and loss. And tomorrow we will be entering a new year, one that has so much potential. I'll be sharing my new goals then, but for today, I will be going over how I did this past year with my 15 goals for 2015.

1. Take a CPR/First Aid course Done! I had to take one for my volunteer work and I really enjoyed it.
2. Put $2,000 extra on the mortgage Didn't happen, shocker. Don't worry though, I will not be putting this on next years list.
3. Read 30 books I completed this goal at the beginning of September. And didn't read any since. ;)
4. Go on a canoe camping trip We went in July and had such a fabulous time.
5. Run my 3rd 5k I did it! I ran 4 out of the 5km and am so proud of myself!
6. Take a class (such as pottery, dancing, etc) with Dan We took 3 West Coast Swing classes and have signed up for Cha Cha in January.
7. Finish bedroom makeover I'm crossing it off, even though we never got to decorating before we moved.
8. Fix flower gardens I completed 4 out of the 6 so I'm calling it done. The new owners can tackle the last 2.
9. Build back patio Didn't happen and now never will. At least not by us.
10. Read a Shakespeare book I never got around to it before packing up my books. Oops.
11. Clean out car Done! I did a quick clean of it before lending it to my cousin this summer and I'm calling it good, especially now that we have a new one.
12. Get wedding and engagement rings soldered together We are still on the fence about this, so we haven't done it yet.
13. Learn to knit mittens Complete! And a few people even got some nice new mittens for Christmas.
14. Get a membership at a library Done!
15. Practice piano once a week Epic fail. And I no longer have a piano, so I can't even make it a goal for next year.

I completed 10 out of 15 goals, which isn't too bad. I had hoped to do better but sometimes life happens and priorities change. Or I just get too lazy. Either way, I call this another successful year and look forward to sharing my new goals with you tomorrow!
Posted by Jenn0021 at Thursday, December 31, 2015 8 comments:

Email ThisBlogThis!Share to TwitterShare to FacebookShare to Pinterest
Labels: Goals

After two very long weeks with no internet, we finally got it hooked up on Tuesday. Which means that I can come back to blogging full force! Woot woot! Except for lets be honest, with Christmas coming up, full force may look more like one or two posts a week. Oh well, at least I have the option to blog, now that I have internet again.

Enough with the internet talk though and more about the new house. I know you are all dying to hear more about it and see pictures and all that exciting stuff.  I have decided for my first post back, I will just share some of the lovely photos we have of the place. We decided we wanted to get some really good "before" pictures taken of the house so that when it's all renovated and beautiful later on, we can really see the difference. So we got Caleb Hunt (the same guy who took all the fabulous pictures of our last place when we were selling) to come out the day after we moved in and photograph everything. 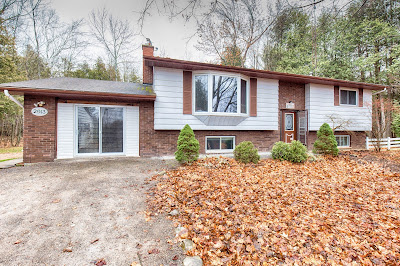 I obviously won't be sharing them all with you in this post, since there would be way too many, but I think this little sampling should do. I will share more details with you as I talk about different projects we are working on. 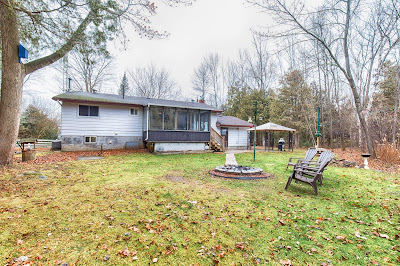 We have so many plans for basically everything that it can feel very overwhelming, so I'm trying to focus on one thing at a time and the rest will fall into place. The yard will need a lot of work (especially raking) but we plan to live with it for a year before making any decisions on changes. That way we will see all the seasons and know what needs to be done where. Plus, it gives us some time to work on the inside which is the more important part anyways. 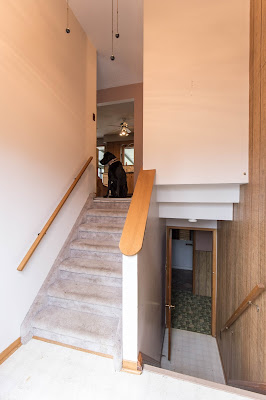 Caleb did such a good job with these photos that he almost made the house look good. I mean, it's really not that bad but the pictures don't show all the blemishes and defaults and such. So just keep that in mind as you look through these next ones. 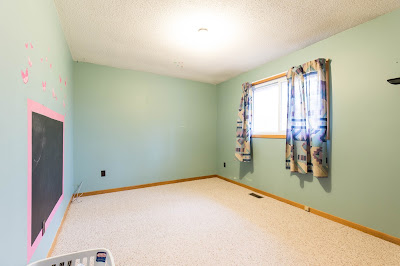 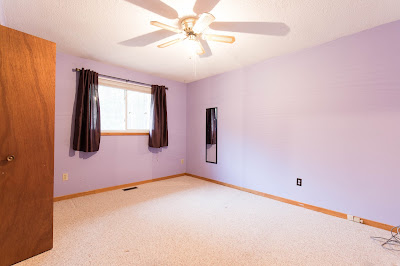 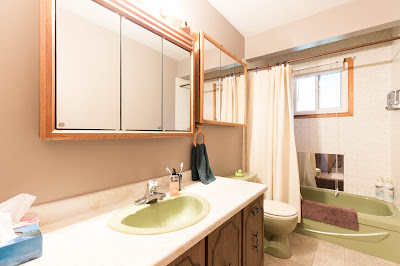 When you come up the stairs and turn right, there are two bedrooms and a bathroom. As you can see from the above photos, the previous owners weren't the best at choosing colours. Although to give them some credit, the rooms were both kids' rooms and the green bathroom is a little harder to change. Don't you worry though, these rooms are going to change drastically and look 100% better when we're done with them. At least that's the hope. This end of the house will be the first to get a makeover (the bathroom is already in progress, more on that in another post) and we have some solid plans on how to improve the bedrooms (other than fresh paint and new curtains).

The other end of the house is our living room, dining room, kitchen, sunroom and current master bedroom. 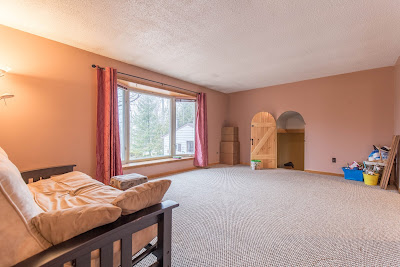 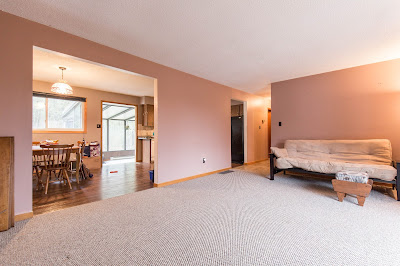 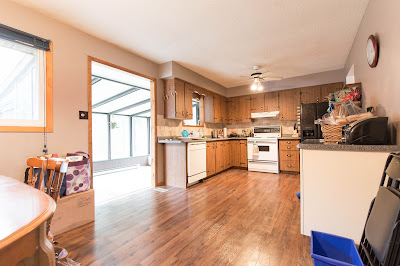 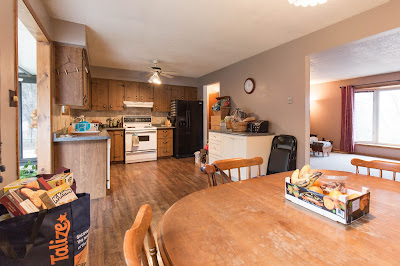 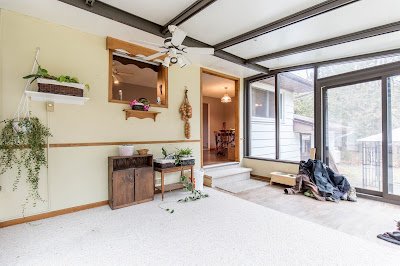 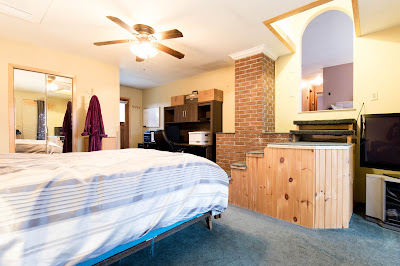 While we do plan to make changes to all of the above rooms, they aren't first on the priority list so we are "living" in them more. The current master bedroom is in the old attached garage and is so awkward with the weird little hobbit door and the dangerous stairs, but since it's kind of separate from the rest of the house we are using it as our living space. We have our bed, all of our clothes, our office, and our tv and loveseat in there. The only other rooms that are getting used much are the bathroom and the kitchen, while the rest of the house stays mostly empty. 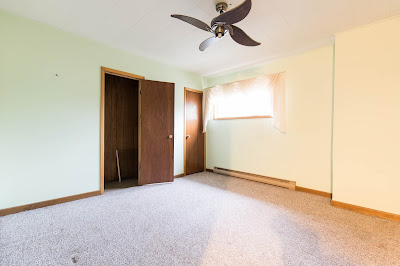 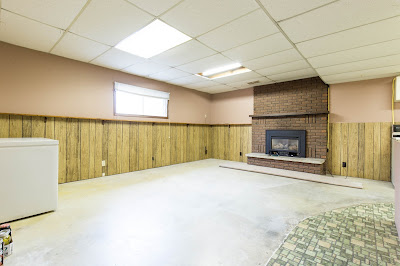 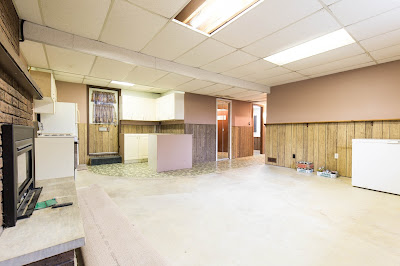 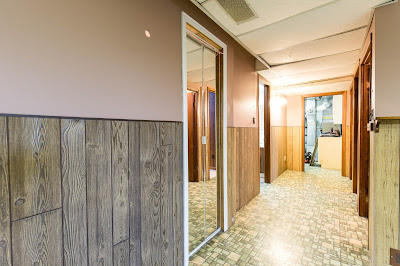 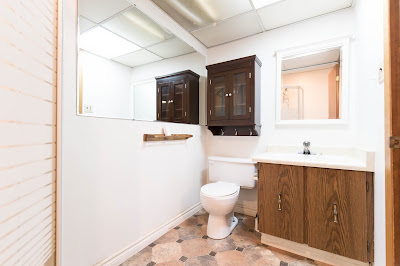 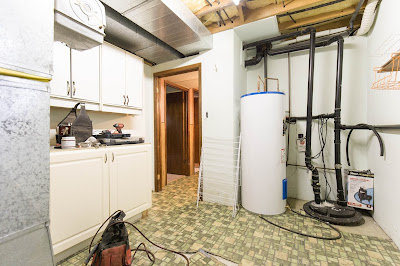 The basement is a bit of a disaster. There is a bedroom, a bathroom, a large living area, a weird kitchenette and a utility room. It will pretty much stay a disaster for a long while yet, as we will focus primarily on the main floor and getting that livable.

So there you have it, our new place. Like I said earlier, there will be many more posts in the future focusing on specific areas and I will share more pictures and details then. I just know a bunch of you have been asking to see more pictures so I hope this will do. 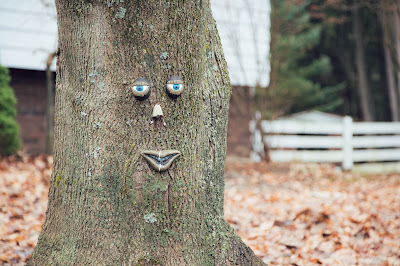 My week has been crazy, to say the least. We packed up the moving truck on Sunday and spent that night in a sad empty house. 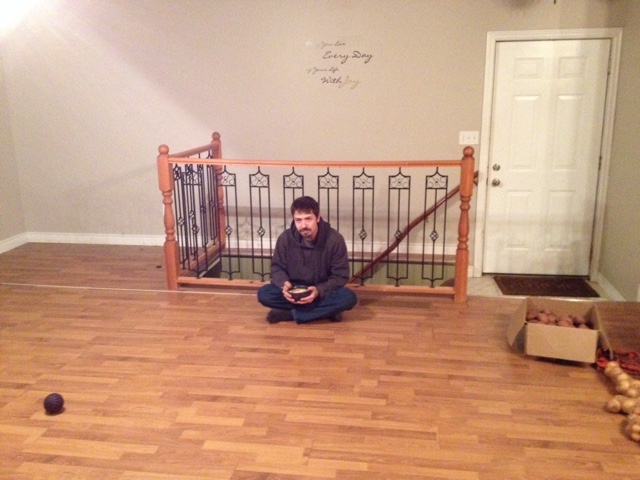 Monday morning we loaded the rest of our possessions into the car and left our beautiful home for the last time. I may have teared up.
By supper on Monday we had half of our belongings in the new house (the other half is still in storage) and were exhausted. Thankfully we had lots of help for unloading and cleaning, we couldn't have done it alone. 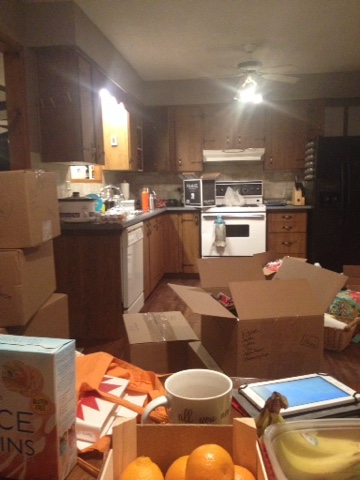 Since move in day we have been going like crazy. We have installed Mia's invisible fence, done small things around the house, started some deep cleaning (gross cigarette smell still lingers), made multiple trips to Home Depot, started building a chicken coop and are overall trying to adjust to a new place. 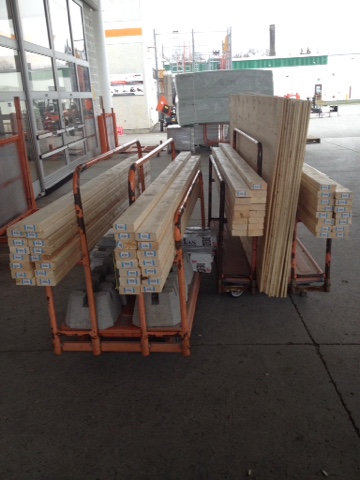 We still don't have internet hooked up so I will continue to be absent for a little while yet, I just wanted to check in and say hi from our new home. 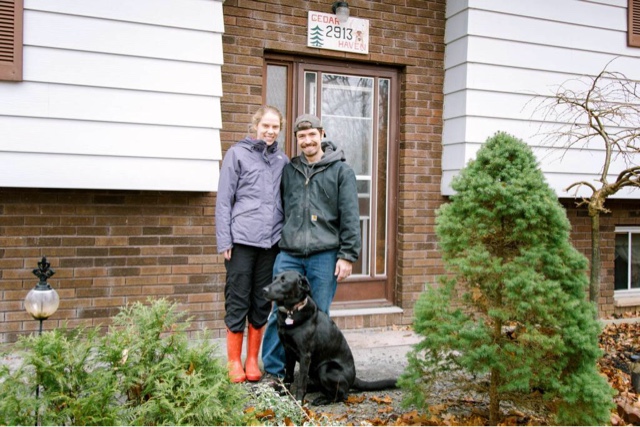 Many many more updates on all the home projects will be forthcoming. Until then, enjoy this post.
Posted by Jenn0021 at Friday, December 04, 2015 4 comments: