It's official, I now hold annual Pinterest parties, because I am just that cool. The first year (which I blogged about here) was a total hit and we all had so much fun, but I wasn't sure if it was something I would continue to do. But then last year I hosted another one and once again, it was a hit. Unfortunately I took no pictures of it and consequently didn't blog about it, but it really did happen. This year was my third one and for some reason, I feel like it's more officially an annual thing once it happens three times. So there you go, I am officially the coolest Pinterest party hostess.

You should consider yourself very lucky because there are pictures from it this year which means there is a post about it! My super amazing sister-in-law Trish is the photographer for these parties and she very kindly obliged when I asked her to take pictures again this year. The reason there were no pictures/post last year is because Trish wasn't able to come. She is obviously a very important part of my Pinterest parties, especially this year when she helped out in way more ways than just taking pictures. 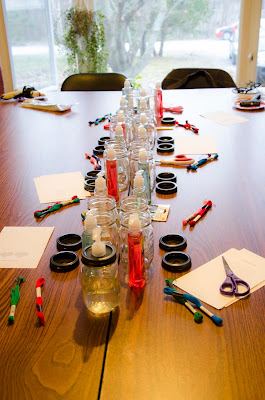 For those of you who are new to Pinterest parties, it's basically just an excuse for a bunch of ladies to get together and have fun. There are many ways to host these but how I do it is like this: 1) invite ladies, 2) find two fun crafts off of Pinterest for us all to make, and 3) ask each lady to bring a dessert or appetizer that they found the recipe for off of Pinterest. Then we all get together and chat, craft and eat! It's pretty much super crazy fun. 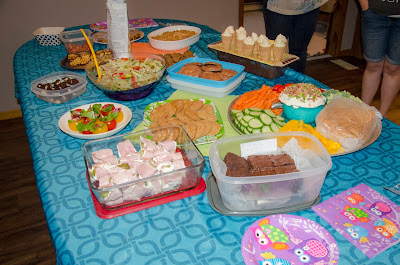 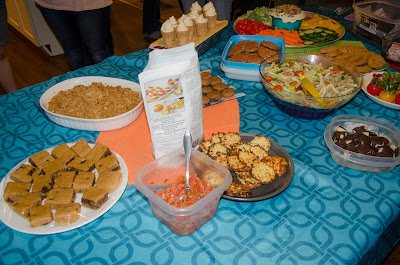 The food was amazing this year, I fee like each year it gets better and better. Then again, I couldn't eat 90% of it, so maybe it just looked good. Either way, there was lots of food!

For crafts this year, we made mason jar soap dispensers and embroidered heart cards. The soap dispenser is visible in the first picture in this post, so scroll up again and look at that. We didn't get a close up of it but if you want to learn how to make it yourself, click on this link.

The embroidered hearts took a while and were a tiny bit frustrating, but they did turn out beautifully and I'm totally in love with mine. I may have also made a few more since the party last week. To learn how to make them, click here. 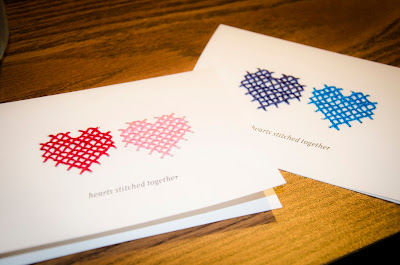 I think everyone had as much fun as I did and that my 4th annual one will be an even bigger hit. Even if it isn't, I had a good time and it was nice to socialize and show off the progress we've been making on our house. 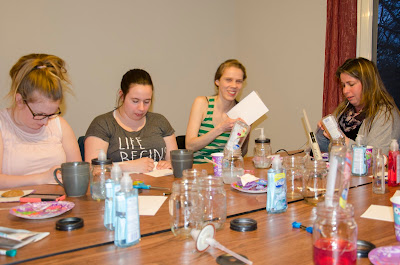 Does anyone else host Pinterest parties or something similar? If not already, you should consider starting it up. So much fun.
Posted by Jenn0021 at Monday, April 25, 2016

Email ThisBlogThis!Share to TwitterShare to FacebookShare to Pinterest
Labels: Crafting